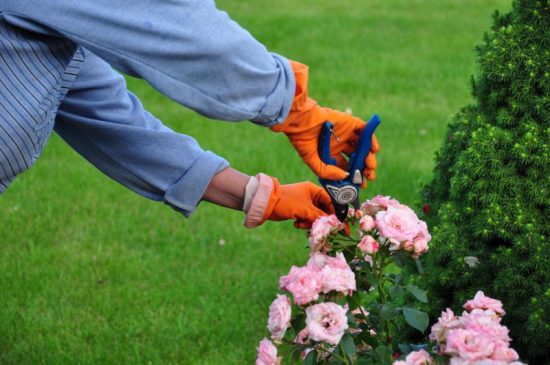 Yes, ProfessorRoush has not blogged for quite some time.  January has frankly been dismal here in the Flint Hills, and I’ve been leery of planning the return of green and glorious landscapes lest I awaken the wrath of the Winter Gods and precipitate another late April snowstorm.

I was rudely roused, however, from my winter slumber on a recent morning when my local paper printed the January 29th column of the esteemed Washington Post garden columnist, Adrian Higgins. Higgins, normally a sensible and knowledgeable garden writer, titled that column Prune Rosebushes in Winter, a bland and partly inaccurate title that leads the reader—eventually—to  founder blindly on the shoals of poor rose advice.  Thankfully, Mr. Higgins rambled over the first half of the article, presumably filling column space, before he got to rose care; else the damage done to Washington’s roses could have been much worse.

In his last few paragraphs, Higgins opens the rose-related conversation by stating that “roses are inherently sickly, but the vigor of modern hybrids far outpaces their woes.”  Apparently, Higgins is only acquainted with the inbred, over-pampered, disease-susceptible Hybrid Teas and Floribundas of the 1960’s-90’s, a time when monstrosities such as ‘Tropicana’ and ‘Chrysler Imperial’ ruled the rose world, commercialized and hyped to the point of nausea.  He never mentions the hardier roses that our forefathers grew, nor the disease-resistant, sustainable rose shrubs created over the last two decades by breeding programs such as that of the late Professor Griffth Buck, or test programs such as the Earth-Kind® program of Texas A&M University.

Higgins doubles down on his rose ignorance by recommending the annual pruning of all roses to a “goblet of five or six canes…cut back to 18 inches,” making no exceptions for once-blooming Old Garden roses, nor for leaving many modern Hybrid Tea and Floribunda cultivars taller or bushier.  My local newspaper compounded the omission by also deleting the last two paragraphs of the original column, where Higgins briefly mentions pruning exceptions for  “utilitarian landscape roses” such as Knock Out and larger Ramblers.  I appreciate his  demeaning characterization of Knock Out, but his description of appropriate pruning for these ubiquitous blights will only perpetuate the attempts of home landscapers to turn these shrubs into  flowering topiary.

Adrian, you did well with your recommendations of pruning for once flowering shrubs, shade trees, and hydrangeas, but please, leave rose-pruning advice to those with a broader view of the rose world.  I retire now, left to cope with my resultant nightmares of hacked down ‘Madame Hardy’ and ‘Variegata di Bologna’, butchered in their prime in the refined neighborhoods of Washington D. C. because of a need to fill newspaper column inches.  Oh, the horror.