On Giving Away Plants, Sharing a Little Crab Apple 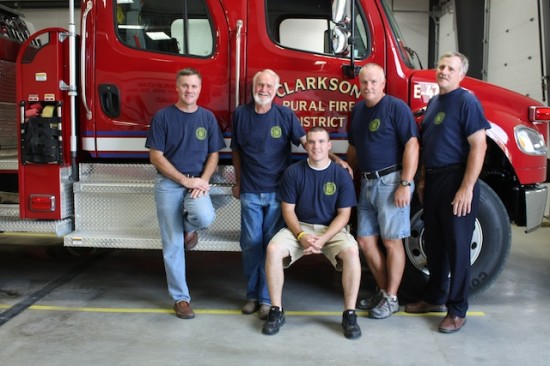 Another season of binge shopping and Bourbon balls has come to an end. Credit cards and waistlines have been stretched. Good luck if you made New Year’s resolutions to make amends for holiday excesses. But don’t worry if your good intentions fall by the wayside before April Fools’ Day.

I’ve got a better idea.

Dig up your asters, hostas and lungworts this spring and give them away! You’ve got the green light from poet Czeslaw Milosz: “There are nothing but gifts on this poor, poor earth.”

I’ve been on the receiving end of so many plants over the years. These gifts are who I am as a gardener. I visit my passalongs every day. I look across our dormant winter garden, just outside the kitchen window, and see the gifts: a daylily from Fred, a dogwood from Bob and a yucca from Mike. Their sentimental value exceeds any of the other purchased plants from my garden that are branded or patented. 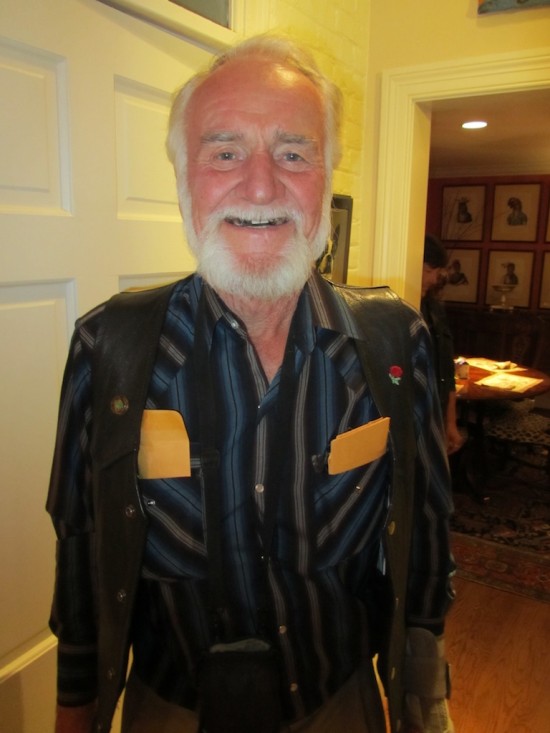 I give away plants, too. After first frost last fall I gave away an agave to Jamie, an American chestnut seedling to Mac; I sent black-eyed Susan seeds to Mike and castor beans to Tom. None has any special commodity value.  A small gift of a plant, or seeds, means more than that. I am introducing my old friends to new friends, with these giveaways. I hope they’ll like one another. A gift keeps moving along.

Don’t get me wrong. I’ve enjoyed selling plants and seeds. I had a nursery for fifteen years and I’ve worked for Jelitto Perennial Seeds since 1995. I am sensitive to criticism that Green Industry professionals are pimping the plant genome. Thirty-two hard-working and talented Jelitto employees make a living working with perennial flower seeds. We like what we do and we love gardens. We’re proud that we can put shoes on our kids. So don’t forget: Order your Jelitto Perennial Seeds ASAP!

But it sure feels good to give away plants.

Two friends made a ritual of swapping plants. Their generosity is not unique, but it is noteworthy that their faithful exchange of cuttings, seeds, seedlings, divisions and grafts continued for over twenty years.

Harlan Hamernik was an adventurer in life and with plants.  Harlan died in October 2012. The late Nebraska nurseryman, fire chief and former mayor collected ornamental plants for pleasure and for profit. It mattered little if they were from Inner Mongolia or his native prairies. He loved the search and was eager to grow newly found plants and seeds in his hometown, Clarkson, Nebraska.  According to Bluebird Nursery’s motto, “If they will grow in Nebraska, they will grow anywhere.”

Bill Barnes, one of Harlan’s sidekicks (Harlan had many), has a huge appetite for propagating plants. Barnes, a Warrington, Pennsylvania nurseryman, tinkers with a wide spectrum of the plant world. The Florida native dabbled with plants as a kid, but didn’t get serious until 1983, at the tender age of 35, when he took his first class on trees and shrubs at Temple University. He loved pronouncing Ilex, the Latin name for holly. He got the bug pretty bad. Cactus and hibiscus, to name a few, are now fair game for plant trials and breeding programs at his Lorax Farm.

Harlan and Bill met in 1985 in Providence, Rhode Island at the annual meeting of the International Plant Propagators Society. The Society’s motto is: “To Seek and to Share.” The two nurserymen discovered they both liked a good hunt. They soon began sharing their bounty — the joy of giving. 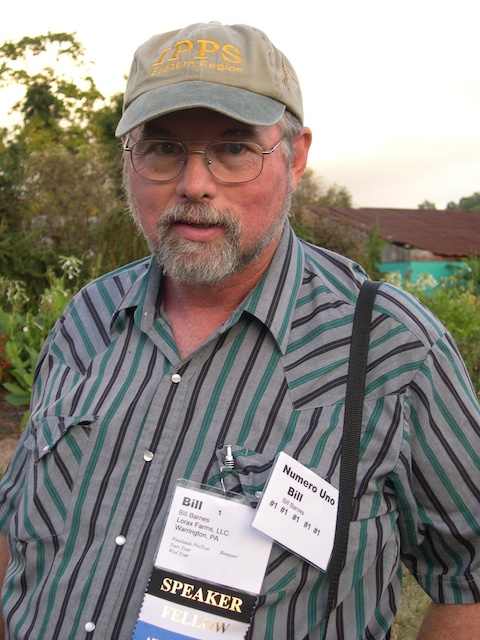 The joy of Bill Barnes.

Plants started flowing. No money down; no bills to pay. This was about mutual curiosity and generosity of spirit. Boxes arrived between the Great Plains and the Philly suburbs. Year after year, gifts were sent from one friend to another. Oaks, cacti, hardy begonias, buckeyes, clematis and hardy morning glory were among the shared gifts. How many plants? I asked. “I have lost track, “ Barnes said.

The stream of gifts didn’t come to an end when Harlan died in 2012. Harlan, as Bill Barnes said, “…was a mad man about grabbing seed from almost anything and planting it, hoping to find new varieties suitable for Nebraska.” One seed collection came from a small crab apple, possibly from cultivars of Malus sargentii. Six or so seedlings were radically different, displaying smaller leaves and a dwarfer habit than the species. Harlan held onto the little crabapples, to observe them, with the hope they might prove worthwhile. His life came to an end before his work was finished.

Addie Klinghorn, via Wild Plums (Harlan’s last nursery start-up), passed along one of these 16-year-old crabapples to Bill Barnes after Harlan was gone. “I don’t think they have any widespread commercial merit,” Barnes explained,  “but it may have appeal for the odd ball collector. I will propagate mine and give them away.”

We’re lucky that Bill Barnes loves what he does and fortunate that he shares what he knows with other aspiring gardeners and young professionals. His gifts, and Harlan Hamernik’s legacy, keep on giving.