Double lilies—what do we think? 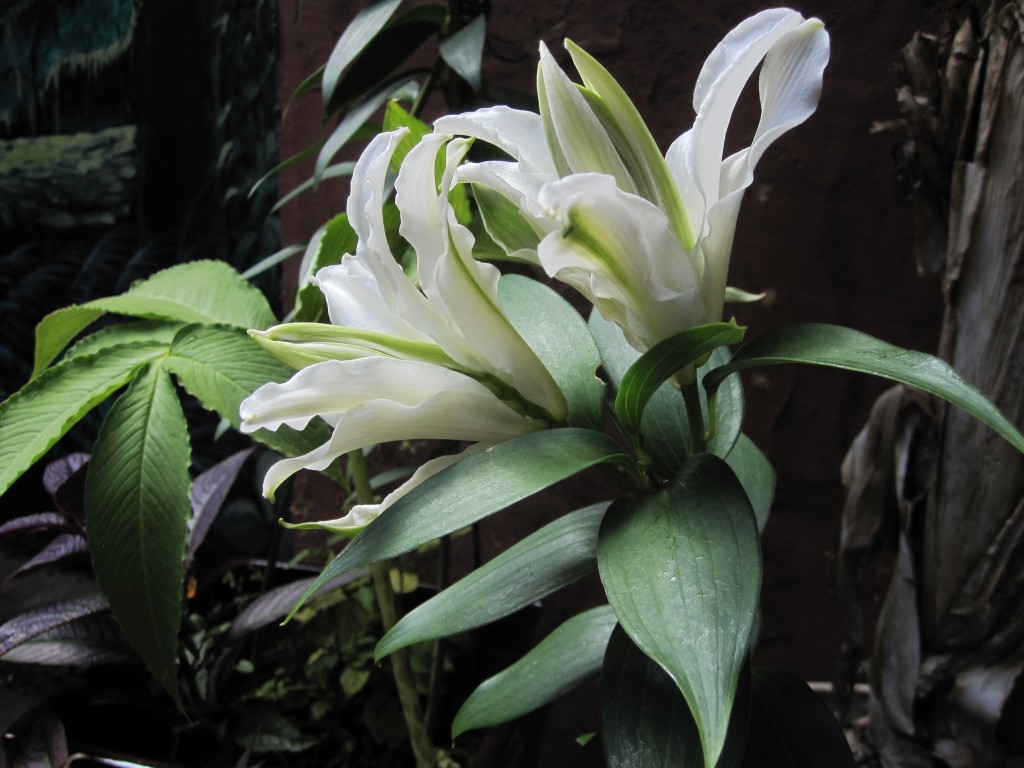 Late summer flowers are hard to come by around here. Dahlias and zinnias don’t do well in my conditions, so in August I get by with roses, rudbeckia, buddleia, phlox, the ever-blooming hydrangeas, and plenty—plenty!—of annuals. By this time of year, the only lilium blooming in my garden are a few speciosum rubrum and album. However, thanks to a test program, this summer I also have a batch of late-blooming “double” lilies, most of which are still in bud, with only one or two petals unfurling. Is it exciting to anticipate lilies this late in the season? Yeah baby. 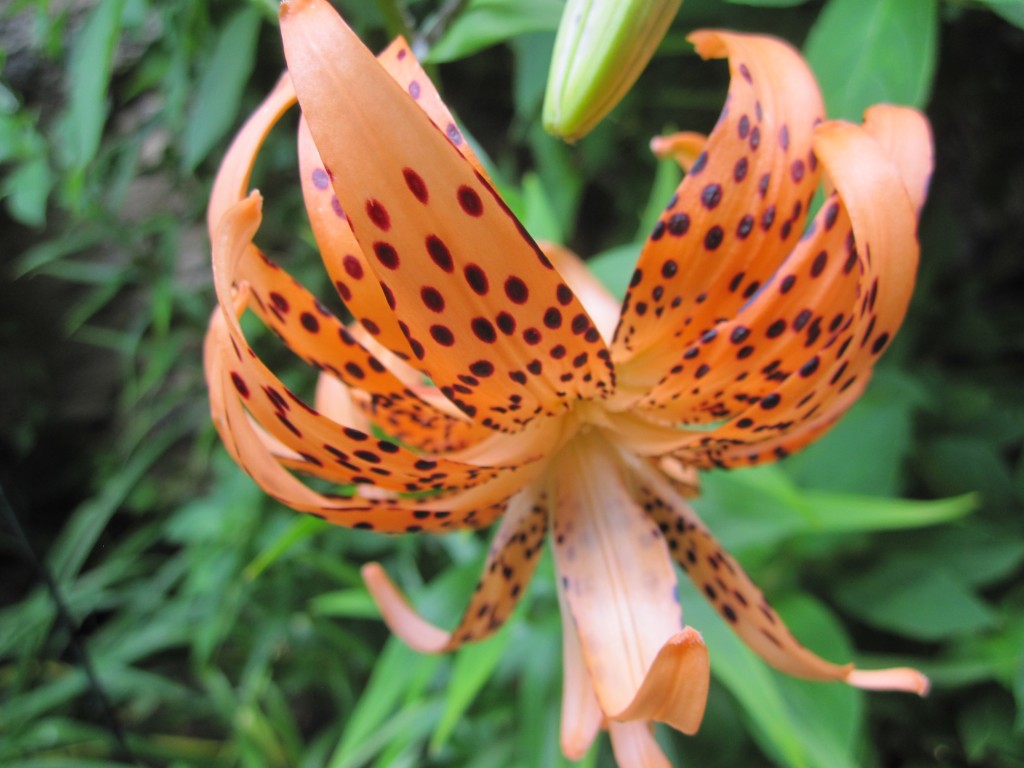 This is not the first I’ve heard of double lilies. The Lily Garden offers one or two of these every so often, and I’ve also bought bulbs at garden shows from Maplecrest. I regularly grow L. lancifolium Flore Pleno (above), a wacky spotted orange that looks kind of like a flying squid before it opens up. 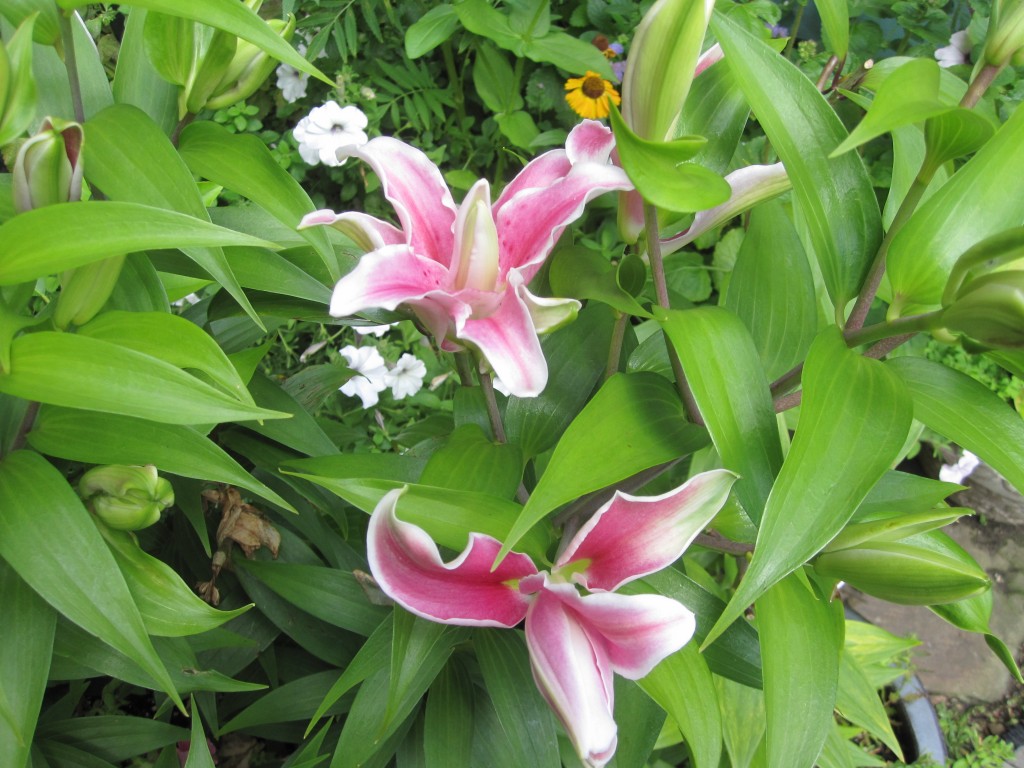 These doubles are fragrant whites and pastels; they were offered for testing by Longfield Gardens, a mail order house in New Jersey that sells bulbs and perennials. They must be the slowest-opening lilies I’ve ever had, for that alone I love them. (In comparison, the garden show doubles blew out in a week or so.)

It seems breeders select for plants that already create a fused section of petals in the center, breed more, and then you get bigger doubles. Other than that, it’s all a big secret.

This center fusing also makes the stamens magically disappear, so you have no pollen.

Some may call these fluffy green echinacea of the lilium world, but so far, I’m impressed. The stems are short and strong, there are plenty of buds, but mainly, they’re here now.