Our Holiday Party with Non-Gardeners.
You Can Make It If You Try. 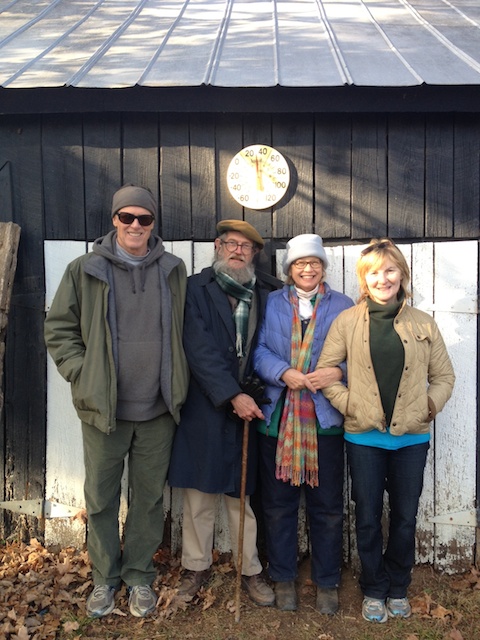 Too many times over the decades, even knowing that it won’t end well, I have herded party captives into a corner, hoping for a mad gardener conversion. The compliant lambs sip Sauvignon Blanc, and chat about their boxwoods, then turn deaf when I start in on the wonders of alpine gentians and desert cactus. These poor souls, eyes darting across the room, eventually work their way free, and I go off for a refill.

I could strip away holiday cheer just as easily talking about long-gone albums full of buffalo-head nickels. I confess: when I was ten, I took my collection, one nickel at a time, to the drug store for bubble gum.

This is what the obsessed do for a fix. Whether it’s drugs, plants or gum; whether you’re an addict, a plant collector or need to blow pink bubbles, there’s no doing it half-way.

So I decided to take it easier on non-gardeners this holiday season. Plant and seed catalogs are starting to roll in. I’m buzzed about plants and gardens, but I’m trying to lie low.

It started with a party on the Friday after Thanksgiving, at our farm in Salvisa, Kentucky, one hour from Louisville. The phone call invitations for the open house (12:00 – 4:00) went out a few days before. It wasn’t a fancy affair, nor planned in much detail. Plenty of food, drink and good conversation were certain.

Though we’d invited gardeners, nurserymen, farmers and landscape architects, the peculiar thing was, there wasn’t much chatter about crops or the garden. It’s been a dry summer and fall in the Bluegrass.

There were also writers, teachers, psychologists, musicians, firemen, a natural farrier, a carpenter and a filmmaker who came over.  The young farmer, Eli Thompson, and his wife, Chrissie, brought their five-month-old daughter, Elisse, the cutest little thing imaginable. Howard and Charlotte Fallis live right across the river. Howard is the Salvisa fire chief; he remembers the covered bridge that once crossed the Salt River, just down our hill, past the barn. Landscape architects Mac Reid and Tay Breene came over from their farm on Garriott Road. They brought along Gene Hamm, a teacher and gifted storyteller, who came up from Tennessee for Thanksgiving.

Artist and filmmaker Walter Brock suggested that Rose and I might be able to put a kayak in the Salt River and rendezvous downstream. At our farm the river isn’t much more than a wide, shallow creek. Walter and his wife, Sissy, could put in close to their new place in eastern Jefferson County, a stone’s throw from Floyds Fork, near the new 21st Century Parks. We could meet where Floyds Fork meets the Salt River, near Shepherdsville.

The wine was flowing.  No one seemed to know if the float trip was really doable, or have a clue how long it would take. The beef tenderloin was gone. There was still plenty of wassail, pretzels and beer cheese.

What are the odds that two people, at a party of twenty-five, would have grandfathers who fought in duels in Tennessee? Rose’s granddad eventually got the worst of it in an infamous, and still unresolved, murder full of political intrigue. Gene Hamm, a native Mississippian, asked Rose with a drawl overflowing with what Vladamir Nabakov called “colossal vowels, “Yoore gran-faa-thaaa wudn’t Robin Coooo-per waz heee?” Thus began the Society of Duelist Descendants. 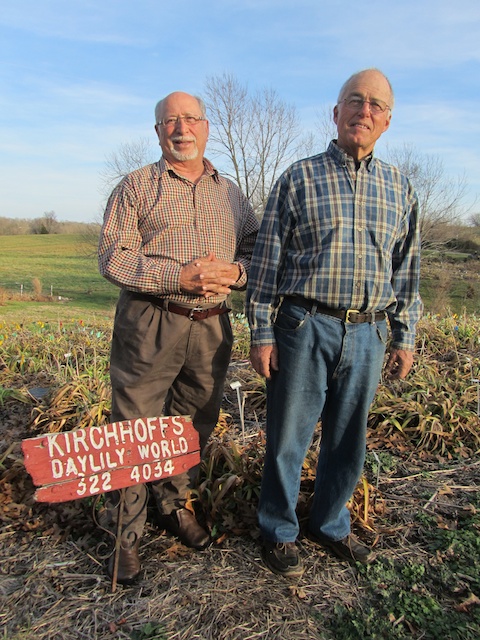 Mike LeGrone, a former rodeo rider, and now a natural farrier, brought his two dogs. One was a well-behaved Jack Russell, the other a handsome, mild mannered cross between a large hound and a pit bull.  They both had a good time sniffing around for groundhogs.  Mike has just leased a small farm, close to Lawrenceburg, near the Daylily World of David Kirchhoff and Mort Morss.

I had not said a word about plants all day long. But my ears were pinned when I heard what the nurserymen were planning.

David and Mort announced ceremoniously the naming plans for a future daylily ‘Rose Bush.’ I had to work extra hard to stick to my vow of silence.

You might be thinking, as I was, Well, it would be sweeter if someone would cook up a rose bush named ‘Rose Bush.’ Neither is bred yet, but I gotta have the daylily when she’s ready. I know she’ll be a pretty thing, just like my ‘Tay Tay LaBreene’. I plopped down big money for her majesty, two years ago!

No one noticed the clock was approaching 8:00.  The stories came to an end. Other people’s stories. It was time to go home. I’ll be back soon.