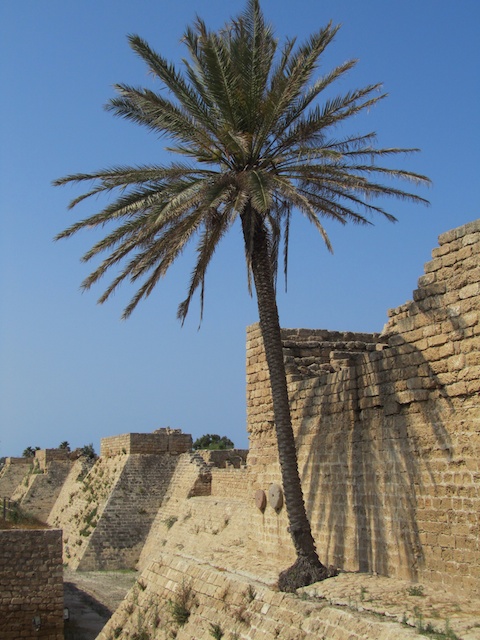 Aside from the Mutiny on the Bounty, where the disgruntled crew tossed breadfruit overboard, I’ve never heard such a High Seas Adventure as the one I learned last month in Israel.

My wife Rose and I were on a “Turning Points of History” cruise of ancient ruins in Israel, Greece and Turkey. Days were filled with bus tours to ruins from Caesarea – south of Haifa – to Troy in Turkey.  My friend, underwater archaeologist John Hale, author of the excellent Lords of the Sea, entertained us and filled in the historic gaps with on-board lectures that covered a fascinating spectrum from Persephone to the Peloponnese.

Our Israeli guide had lots of good stories on the drive from Capernaum to Jerusalem. The fish of the Loaves and Fishes miracle was probably tilapia; the crown of thorns might have been jujube Ziziphus jujuba (Z. spina-christi). Others on the bus tour may remember the tilapia. I’m a plant guy and was more intrigued with the jujube. And my ears were pinned by the story of the date palm.

Date palms (Phoenix dactylifera) have been cultivated in the Middle East for thousands of years. In 2005, a two-thousand-year-old seed found near the Dead Sea, now known as the Judean date palm, was germinated and held the record for nearly seven years as the oldest seed with a viable embryo. The plant is now over 8’ tall. The record was shattered earlier this year by seed germinated by Russian scientists from a 32,000-year-old arctic campion that was described as resembling Silene stenophylla.

The Jordan River, near Capernaum and the Sea of Galilee, is comparable in size to Beargrass Creek, just down the hill, past our back yard here in Kentucky. You could skip a stone across either. The Jordan River flows south for miles along the irrigated valley planted with olives, oranges, melons, and strawberries to hoop houses filled with cut flowers. The Golan Heights rise to the east. As we approached the oasis town of Jericho, there were acres of tall date palms in long straight rows on either side of Highway 90.

Sometime in the mid-1950s the Israeli “Institute for Intelligence and Special Operations”, known as Mossad, hatched a covert plan. Israeli farmers, some of them perhaps doing double duty for Mossad, couldn’t compete with their regional competitors – the tasty dates grown in Iraq. There were no diplomatic relations between the Israelis and Iraqis, so the Mossad went to work. They sent some agents to Iran, posing as French businessmen.

The Israeli agents spent several months in Iran, gaining the confidence of the Iranians, who eventually were willing to serve as go-betweens with the Iraqis. The undercover Mossad agents purchased 75,000 date palm “pups” – little offsets from mother plants – and put them on a boat to France. Pirates came aboard, somewhere in the Mediterranean, and rifled the cargo. The only items missing, when the dust settled, were the date palm “pups.”  A few days later, the stolen loot ended-up in Haifa, the Israeli port city. 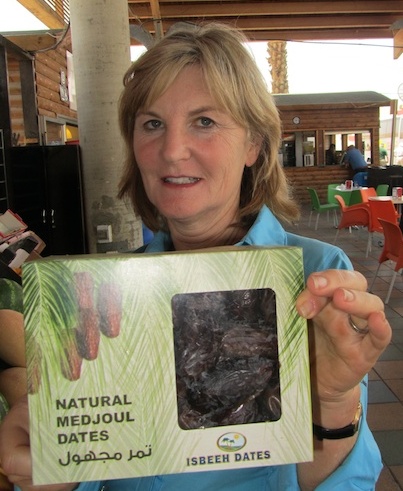 The Holy Land is loaded with tall tales. You can pick your version of miracles or holy trees. The jujube (Ziziphus jujuba) isn’t the only contender for the crown of thorns.  Pollen grains from the thistle-like Gundelia tournefortii were found all over the Shroud of Turin in 1998, but Christian pilgrims weren’t suddenly clamoring to take home thistles. The jujube crown of thrones is still preferred for souvenirs.

John Hale brought early civilization to life with wonderful storytelling throughout our May cruise. The cunning Themistocles and the great Athenian navy with 300 sleek triremes, outnumbered 3-1, whipped King Xerxes and the Persians at Salamis in 480 B.C.  Maybe the victors feasted on the sweet meat of Persian dates.