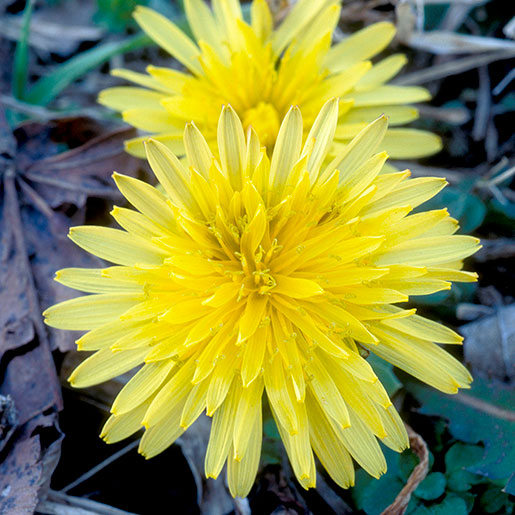 A post by Carol of May Dreams Gardens, suggesting that a dandelion she had pulled was at least a 4-pointer, got me to thinking that gardeners everywhere need a common scoring system to rate their weeding efforts.  After all, the Boone and Crockett Club has been scoring trophy bucks for decades, allowing armed vicious meat-hunters everywhere to compare and brag about the size of their antlers, so why shouldn’t gardeners be able to codify their weed slaughter from region to region?  Think of the possibilities: trophy presentations at monthly garden meetings and at national floral shows; record-winning specimens dry-mounted for home or office display; income potential for gardeners selling weeding rights to prime weed growth areas; competitive teams of weeders vying for world championships;  professional weeders with big-money contracts for advertising endorsements of horticultural products.

Since I claim credit for developing the idea to its full potential, I also feel responsible for creating the rating system for measurement.  I would therefore propose the following as the Professor Roush Official Weed Demise (PROWD) scoring system for domestic horticultural invaders:

A.  # of individual flowers/ flower buds on the weed at the time of extrication.
B.  Length of the longest point of the root system from soil level to tip, in centimeters.
C.  Overall mass of the weed (soil removed by washing) in avoirdupois ounces (28 grams/ounce).
D. Relative adverse environmental conditions during weed collection awarded from 0-10 points, with recent rain and 70F conditions scoring 0 and dry soil and 110F ambient temperatures receiving a score of 10.  If the gardener is actually dehydrated or suffering sunstroke at the time of weeding, a bonus of 5 points may be added.  If the gardener is actually hospitalized after collection, an additional bonus of 5 points is awarded.
E.  Relative removal completeness, scored on a scale of 0-10 points, with full roots and no breakage receiving a 10 score.  Subtract 2 points for ripping off a tap-rooted specimen at ground level.
F.  Use of mechanical devices for assistance are scored from 0-5 points with (-3) points awarded for rototillers and 5 points awarded if the weed was pulled bare-handed.  A ten-point bonus is awarded if pulled bare-handed and the weed causes contact dermatitis or has thorns.  Another ten-point bonus may be awarded if the weed was gathered in close proximity to a fire-ant or hornet nest and the gardener was bitten or stung.

The guidelines above should be sufficient to establish records for individual species trophies. However, for comparison between species, the following category should also be assessed:

The competing gardener should note that careful attention to certain details during weed collection may increase total scores. Therefore, it is advisable to attempt to inflate scores by delaying the actual weed collection until the gardener is actually suffering delirium and muscle cramps, but such acts must be officially witnessed and attested to by a friend or spouse who had previously told the gardener repeatedly what an idiot he or she was.

So, that’s it, the Professor Roush Official Weed Demise scoring system.  On that scale, the above pictured dandelion collected on 4/22/11 would score 6+27+9+2+10+5= 59 PROWD points, presently a world record dandelion (as it is also the only one entered in the official record book).

Additionally, since Professor Roush recognizes the deep competitiveness rampant among gardeners that leads some of them to acts of espionage and sabotage at Rose Exhibitions and Dahlia Shows, any claim for a record-setting specimen is disqualified if the gardener has made any attempt to fertilize or use growth stimulants on an individual weed, or to selectively breed weeds for size and invasiveness. Don’t bother to deny it, I know some of you out there were already contemplating how to improve your entries.