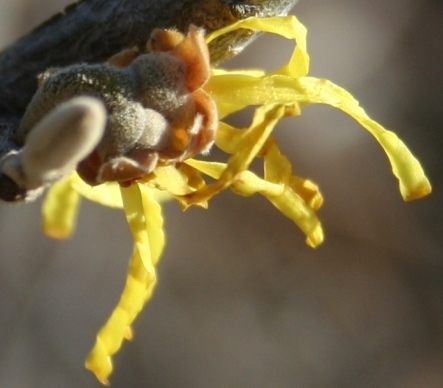 One of my many, many pet gardening peeves (which should be differentiated from the many pets that peeve me in my garden), is the manner in which the fiendish ghouls who create plant catalogues enlarge and enhance an otherwise insignificant flower until the catalogue reader (i.e. the gardener) is compelled to grasp frantically for the phone and credit card and purchase a dozen for their garden. Every Midwestern gardener who has ever drooled over a plant catalogue in the depths of a cold, snowy winter could name at least one, if not several, horticultural mail-order firms that are notorious for the practice. Close-up, voluptuous pictures of hybrid tea roses are moderately tolerable, but the act of magnifying tiny asters or honeysuckle until  the gardener feels that he or she could utilize the flower as a scented and comfortable spare bedroom just isn’t fair.  Heck, even the surface of male bovine manure looks interesting when viewed at a microscopic level, but it is still male bovine manure when viewed in normal size.

I give you, as evidence of my dissatisfaction, the witch hazel. Witch hazels are hailed as the first blooms of spring in many areas, flowering boldly on leafless stems in late winter. Each flower has four slender strap-like petals that are always pictured everywhere as the most glorious, showy flower in all of creation. Every gardener just has to grow one—especially those gardeners who haven’t seen anything but mist and snow and ice for the past three months.  For years, I indulged in the fantasy of adding one of these scented beauties to my garden so that I could enjoy the simple beauty of natural flowers without resorting to artificially forcing bulbs or flowering shrubs. Pictures such as this (at top)  drew me in: enormous, frilly, impossibly delicate, bright blooms that look as if they would cover your hand. I was told time and again that witch hazels were difficult to grow in Kansas, and in support of that wisdom, I admit that I have yet to find a surviving specimen in a public garden in this area.  But I couldn’t call myself a gardener if I didn’t at least try.  In fact, I failed the first time I attempted to overwinter an expensive specimen, but I’m now into my fourth year of survival of a ‘Jelena’ (Hamamelis x intermedia ‘Jelena’), and I couldn’t be more disappointed at the reality of the bush.

Garden writers are no better than garden photographers in describing that reality for us.  The late Henry Mitchell, in One Man’s Garden, stated “Nothing equals the hybrid Asian witch hazels for delight in late January-February-early March, depending on the weather….Usually, as in the variety called ‘Jelena’, they are orange-bronze in effect and surprisingly showy.”  Showy?  I, for one, love Henry Mitchell’s writing and use of language, but he failed me this time. If you, the reader, will think back really hard, you’ll realize that you have never seen an entire witch hazel bush pictured in bloom in a book. They are pictured in toto only as an example of nice fall foliage color. The real reason the blooms are always pictured in close-up is that in reality they are only 1-2 cm long and are practically invisible from 3 feet away regardless of the bright color—as represented by the picture above, a sad and impossible standard to worship, even for a winter-starved gardener.  If one has to use a magnifying glass to view a flower in the garden, the overall landscape benefits of the plant are dubious.

I don’t know how many of you grow witch hazel and would agree with me, or how many have swallowed the Kool-aid whole and feel that I’m just a crotchety old gardener who expects too much and gripes too loudly.  But I submit to you that if we are all being truthful with one another, we would admit that witch hazel wouldn’t be worth growing if it bloomed in June instead of February.  And in full disclosure, I am suspicious that my witch hazel is not actually ‘Jelena’.  The blooms of my bush are more yellow than other pictures I’ve seen of the variety, and up till now the fall foliage has been uninspiring.  The most likely explanation is that I was sold a mislabeled plant and didn’t obtain the variety I sought.   Which brings up another pet peeve …