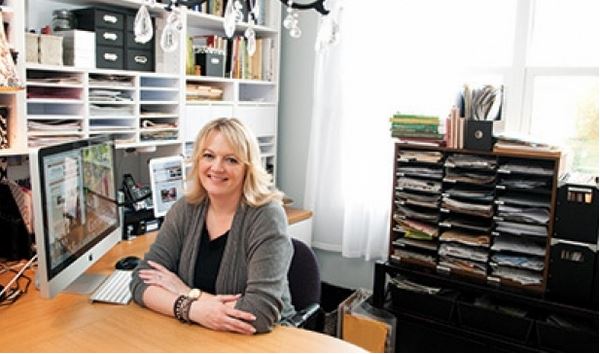 I’ve complained about the dearth of gardening podcasts and one of my favorites seems to have even gone dormant. But when I came across three podcasts about this year’s Garden Blogger Fling in Minneapolis, which I actually attended, I had to give a listen, and so discovered probably the hardest working gardening podcaster in the U.S. – Jennifer Ebeling – and her Still Growing Podcast on the site 6ftmama.com

(The episodes are all here and also on iTunes and your favorite podcast app – mine is Overcast..)

And as someone who’d rather wrestle with poison ivy than speak publicly, I was struck by Jennifer’s on-air talent. I wanted to learn more and as busy as she is, she saved over an hour for me to pick her brain on the phone, and I got quite an education in podcasting – and about a really interesting woman.

While about half of all blogs are by women, only 12 percent of podcasters are. In fact, there are 7,500 female bloggers to one female podcaster, but those 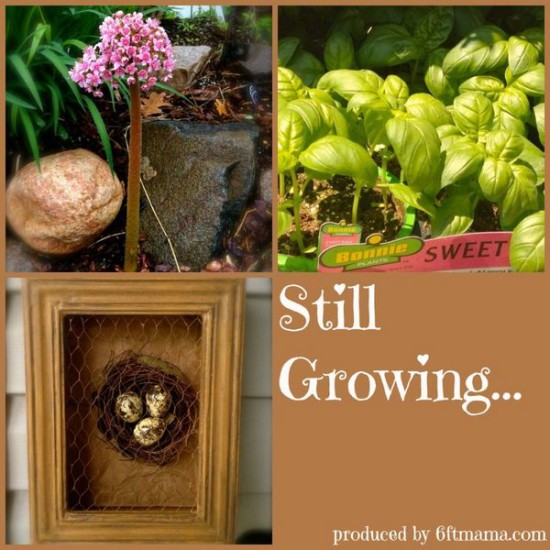 few have a support community, of course – ShePodcasts. Jennifer’s favorite gardening podcasts include one I’ve praised here – Margaret Roach’s A Way to Garden – and Mike McGrath’s You Bet Your Garden, both affiliated with radio stations. Jennifer’s is an “indie” not affiliated with a radio station, so she had to buy her own equipment and even learned Garage Band to compose her own intro music (!!!), which I was relieved to learn that she found “challenging at first.” But yes, she’s more tech-savvy than most of us. Probably by a lot.

Indie podcasts have to be hosted somewhere, and Jennifer uses Liberated Syndications, which charges as low as $5/month for short podcasts and $50/month for longer ones like hers.

Doing everything herself, she produces a two-hour podcast every week. Why two hours? For a “deeper dive into subjects and the satisfaction that comes from a good, long conversation.” All told, it’s a “full-time hobby.”

Jennifer started Still Growing in 2013, took a two-year break and started it back up in May of this year when her kids were in a good place school-wise. Her goals are to crack the top 20 percent of podcasts, and also to attract enough sponsors to at least cover her costs next year. And so far, so good – while the median number of downloads for podcasts 30 days after they go online is 179, most of her shows get 700-800.  Still Growing has had 45,000 downloads since its launch.

Another goal for 2017 is to produce a second show – a group one, with gardening personalities from all over the U.S. in a magazine format, like “The View,” she tells me.

So here’s the process, which is even more complicated than I’d imagined. She chooses interviewees and after they’ve agreed, sends them an interview packet with the main questions she’ll ask, and the request for a head shot, a short bio and links. For the Gardenblogger Fling episodes, with four interviewees, she used AT&T’s free conferencing (for up to 5 people) and coached everyone beforehand to identify themselves, speak rather than nod, et cetera.

Post-interview, Jennifer edits to remove “ums,” awkward pauses, and NSFW words. After her initial editing pass, her paid team at Podfly Productions takes another pass at editing, uploads the show notes and schedules the episode release.

Finally, Jennifer posts the link to the show’s Facebook group, which she’s found to be the best way of promoting the podcast and gathering ideas for future episodes.

Jennifer’s tips for new podcasters? Gardening podcasting is just starting and she finds the new medium “very exciting,” and even “life-giving,” but warns that they’re a lot of work. But unlike, say, making videos, podcasting allows her to work at home in her PJs or equivalent, and that’s essential for this mother of four. She’s able to work on this full-time hobby from 9 to 2 every school day – a perfect fit for her – and yes, would love a radio show for the same reasons of convenience.

Phil and Jennifer Eberling; their tech-savvy kids with Santa.

Who IS this Woman?I was fascinated to find out how this “6ft mama” became so skilled on-air and learned that she chose speech over the more obvious basketball option as her school curricular activity, starting when she was 12. That led to prize money from winning speaking contests, and in high school she won 2nd place in the American Legion national oratorical contest. Her high-school debating partner was her husband Phil.

That was in the small rural town of Worthington, Minnesota – small but large enough for its high school to have public access television, where she was able to learn TV production, editing and other technical skills, and hosted a weekly magazine-style show on the station. Her other broadcast gig was as playback engineer for coverage of the Minnesota Twins, despite having zero knowledge of baseball. She remembers it as a great high school job. (I’m so jealous! My high school job was as a department store clerk, standing all day in the required heels.)

Jennifer landed a speaking fellowship to college and then began her career in human relations for corporations like AAA, Pepsico, FedEx Kinko’s and a dot.com. When pregnant with her third child she quit the official workforce to become a stay-at-home mom, which she loved but needed more mental stimulation.  Thus the move to garden communicating via her blog and the podcast.

And maybe radio next? She’s definitely got the chops.