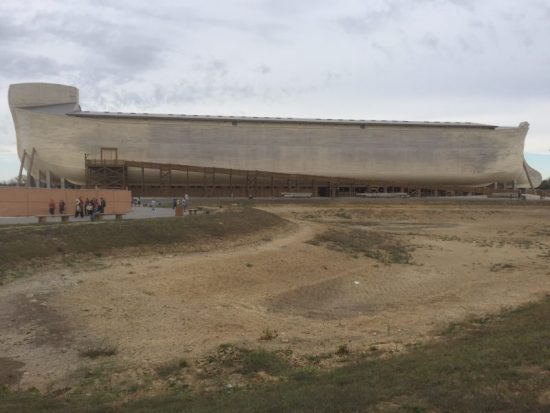 The re-creation of Noah’s ark, sitting in dry dock, six miles from Dry Ridge, Kentucky, looks like a gargantuan Pez dispenser laid on its side.

The ark sits in the distance across a dry lake meant to be symbolic of the Biblical flood, but the lake doesn’t hold water. Weeds claimed dominion over the lakebed by mid-October.

Gardens that might be planned will have to wait.

If “gardens are an “expression of faith” and “the embodiment of hope,” then the Ark Encounter, in Northern Kentucky, is in desperate need of salvation. 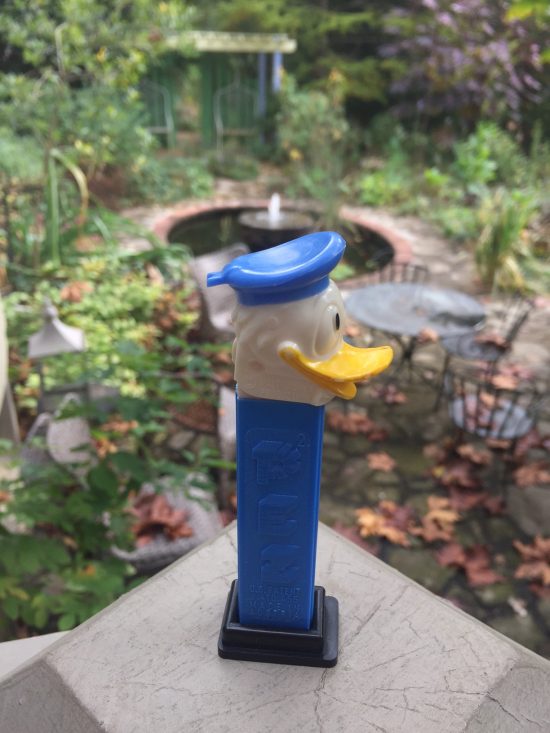 There is no tree of life at the Ark Encounter. There are scarcely any trees at all. The bedraggled landscaping is now a cheap, boring and paltry mix of chrysanthemums, begonias and kale that you might see planted at any fast food joint.

Ask yourself what will keep tourists coming back once they’ve seen the ark. Consider praying for epic gardens. 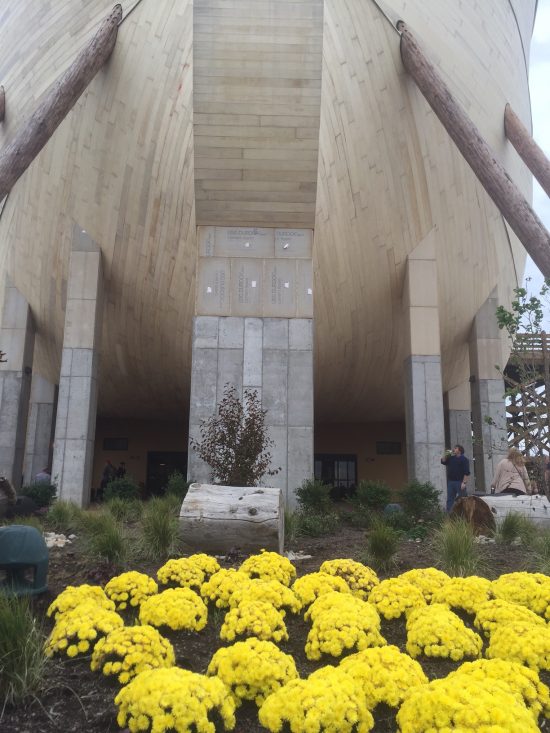 In contrast, Kentucky Kingdom, in Louisville, has invested heavily in plantings and maintenance. You could visit Yew Dell in nearby Crestwood, Kentucky for inspiration. The Cincinnati Zoo, 44 miles from the Ark encounter, has exceptional ornamental displays. All of these tourist destinations rely on respected gardening talent to design, plant and maintain their gardens.

These gardens and parks are loved by every color and creed.

And trust me, the creedless love gardens, too.

The Ark Encounter, with dozens of educational displays, many with exaggerated claims, is a shrine to the beloved tale of Noah. Kentucky taxpayers support the $92 million dollar project from stem to stern. Amid much controversy, the court decided the Ark Encounter, was a for-profit business—no different from any amusement park. 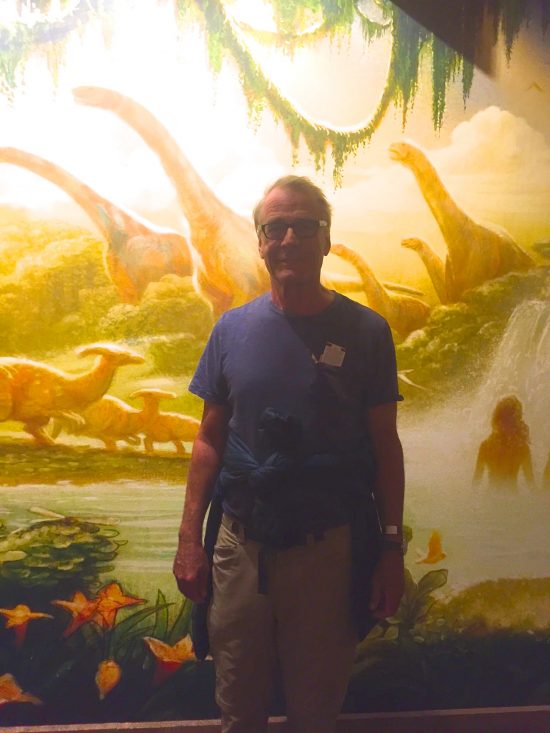 Noah, a righteous man, began his family when he was 500 years old. (There is no mention of Noah’s wife in the Book of Genesis, but the name Emara pops up later.)

Noah was a hearty soul. (He lived to be 950 years old). God, it is believed, handpicked Noah to build a big boat. Eight family members came along for the ride. Noah loaded it with pairs of every imaginable animal, including 85 species of dinosaurs according to the Ark Encounter

Otherwise, with a bunch of colossal adult dinosaurs, there wouldn’t have been room for kangaroos or groundhogs.

The Kentucky Ark has a steel frame covered with plywood and Tyvek vapor barrier. It is clad with Accoya® treated pine (Pinus radiata) from New Zealand. The impressive, structural timbers are made from salvaged Colorado Engelmann spruce (Picea engelmannii) that had been killed by beetles.

After the flood, Noah returned to dry land and planted a vineyard. One day, Noah drank too much wine and passed out. His sons found him naked, lying on the ground. His son Ham disrespected him. An angry Noah retaliated and condemned Ham’s son, Canaan, to a life of slavery working for Shem, Noah’s favorite son.

Shem’s Snack Shop is down the road from the Ark Encounter.