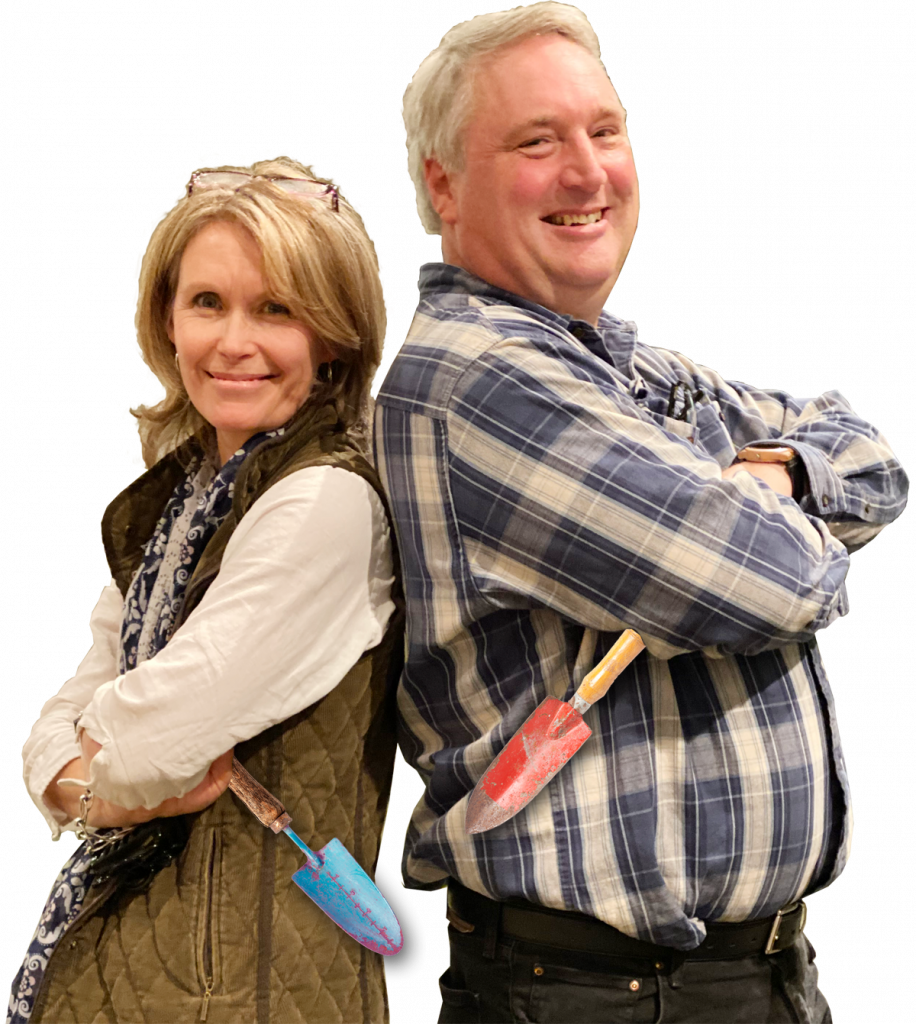 The online correspondence between Ranters Marianne Willburn (in Virginia) and Scott Beuerlein (in Ohio) began in July 2019 with Scott’s column ‘Time for a Grexit’ in Horticulture magazine which grumpily condemned British garden writers and their books. Marianne couldn’t let him get away with it; but chose to answer on GardenRant soil. Scott rebutted. Marianne rebutted his rebuttal, and Scott returned the punch.

Marianne answered with a letter.

What followed has been an edgy, informative, humorous and often intimate portrait of their gardens and lives in very different regions of the country. The letters aren’t managed or edited, and often, readers of GardenRant see them even before Scott or Marianne does.

It’s a gardeners’ correspondence for a digital age. You can find the entire collection of letters below. Enjoy!

The Pleasures of Morels vs. The Fear of Black Bears: A Letter To The Midwest

May 13, 2021 Lovettsville, VA Dear Scott, The may apples have begun to bloom and the morels are fruiting. As your words on the subject of mushrooming were predictably dismissive [...]

April 15, 2021 Lovettsville VA Dear Scott, Spring! Etc. etc. What a relief.  I am torn between feeling overwhelmed each morning, and tearful gratitude. However, finding a new colony of [...]

I’m Project-ed Out! Weariness Projected Through Labor Day! A Letter from The Midwest.

Usually March around here is pretty dire. It is when the novelty of the outside air being so cold you can freeze water in it has long lost its charm and when the utter lack of any color outside becomes unbearable. Invariably, it’s the time of year when anything in the garden that might have once promised “winter interest” can only still be identified by means of dental records.

United in Condemnation & Tonic: A Letter to the Midwest

21 February 2020 Lovettsville, VA Dear Scott, It is Sunday morning, everyone is fed, and there is still six inches of crusty, icy snow upon the ground. The will to [...]

Pissing Away a Privilege and a Newly Invented Theology: A Letter from The Midwest.

January 27, 2021 Cincinnati, Ohio  Dear Marianne, It was a great relief to receive your most recent letter. I was a bit worried my previous letter to you might have [...]

Canna, hot greenhouse fantasies, and the brutality of ice. A Letter to the Midwest.

December 29, 2020 Lovettsville, VA Dear Scott, Well, I think we’ve established that you’re the better person at this point.   As we will not agree about using shallow phrases [...]

’21 Is Gonna Be a Good Year: A Letter from The Midwest

December 20, 2020 Cincinnati, Ohio Dear Marianne, I’ve gotten into the habit of blaming a lot of things on 2020. And most times, maybe every time, despite how knee-jerk and [...]

November 28, 2020 Lovettsville, VA Dear Scott, Thanks for your letter of 16 November.  A good and thoughtful letter, which had me laughing.  I wish you two lived closer so [...]

What Is, What Could Be, and The Art of Yearning For What Never Was: A Letter From The Midwest

Cincinnati, Ohio Dear Marianne,  I enjoyed you letter dated October 17th, but I'm left again wondering how the hell did another whole month go by? You might not know this [...]

Martha, October, and the magic of Li Ziqi – A Letter to the Midwest

October 17, 2020 Lovettsville, VA Dear Scott, Well, August is well and truly behind us.  I don’t remember September.  It had something to do with a copyediting deadline on the [...]

Upbeat Garden Writing in August? A False Positive: A Letter from The Midwest

Cincinnati, Ohio Dear Marianne, Through our ongoing letters and because of the few times we've hung out, I must admit I have become rather fond of you. Despite having a [...]

Looking for Something More Positive: A Letter to The Midwest

Lovettsville, VA Dear Scott, Rain. Glorious rain! The exclamation point is, I assure you, fully justified. After three and a half weeks without the stuff and without piped water to [...]