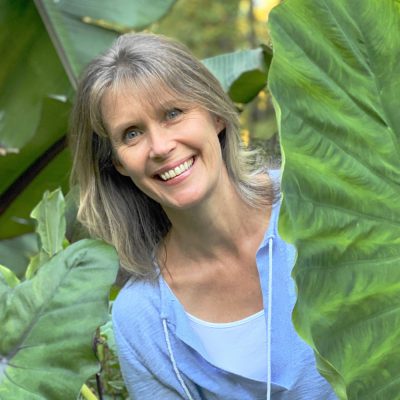 It’s the holiday season and our feeds are currently stuffed with gorgeous filtered photos and fifteen second videos warmed with soft music – all with one clear and focused goal: [...]

I cannot be left with my thoughts these last few days. I emerge from the experience in a ratty mood that doesn’t benefit anyone, least of all myself. Plus I [...]

November 28, 2020 Lovettsville, VA Dear Scott, Thanks for your letter of 16 November.  A good and thoughtful letter, which had me laughing.  I wish you two lived closer so [...]

With all due respect to fellow garden industry bloggers, columnists, authors, speakers, and social media influencers who choose a different path, I chose long ago not to bring politics into [...]

Martha, October, and the magic of Li Ziqi – A Letter to the Midwest

October 17, 2020 Lovettsville, VA Dear Scott, Well, August is well and truly behind us.  I don’t remember September.  It had something to do with a copyediting deadline on the [...]

Is Naming Your Garden Pretentious?

Ever ready to object when I hear the word ‘pretentious’ used to condemn something that might warrant a deeper conversation and a bottle of wine, I have recently found myself [...]

‘Martha Knows Best’ Is Not Great. It’s Not Even a Good Thing.

So, it’s come to this. As a nation, we are so starved for American garden programming that we are willing to accept that a woman worth over $620 million dollars, [...]

In Defense of The Lawn

Last week, Susan Harris emailed me regarding my recent article “In Defense of The Lawn” in the July/August issue of The American Gardener magazine. “Can we use it for the [...]

Looking for Something More Positive: A Letter to The Midwest

Lovettsville, VA Dear Scott, Rain. Glorious rain! The exclamation point is, I assure you, fully justified. After three and a half weeks without the stuff and without piped water to [...]

The SEO Garden: A Letter to the Midwest

June 26, 2020 Lovettsville, VA Dear Scott, Well, as your letter writing skills are obviously taking second place to your Facebook overshares, I thought I would pick up the baton [...]

Country Mouse or City Mouse. Which Are You?

Well, Elon Musk’s plan of moving some of us to Mars is looking better by the day. Photo credit: commons.wikimedia.org Were I to apply, I think I’d have [...]

Lingering Springs, Bittersweet Memories and The Evolution of a Gardener: A Letter to The Midwest

May 14, 2020 Lovettsville, VA Dear Scott, My heart aches for you and your family coping with the loss of your mother.  In a normal year it would be emotionally [...]