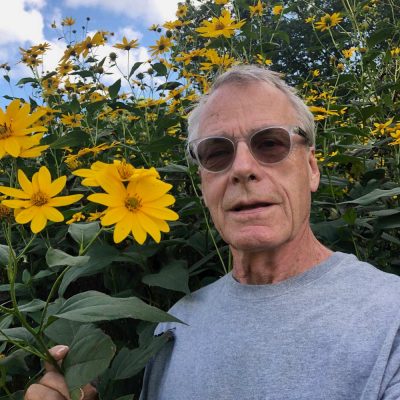 Trashing trees. Why on earth?

Let me count the ways to trash trees. I’ll start with careless butchery done every day by lawn mowers and string trimmers. I’ll add volcano mulch piled up around [...]

Rose and I recently went out for our first movie in a long time. We picked a good one. “Gardens are good for the soul…They make you feel like your [...]

Abra Lee is unearthing the American history of Black ornamental gardening—one story at a time. The White Lion landed near Hampton, Virginia, in 1619. On board were an estimated 20 [...]

A week ago Rose and I checked into the Bellagio Hotel and Casino in Las Vegas for one night. We were on our way the next day to visit our [...]

Fluffing Up for a Garden Tour

Our fluffed-up Louisville Garden was scheduled to be on the Garden Conservancy’s Open Days tour this Saturday. The Kentucky portion, with five gardens, got cancelled a week ago by mutual [...]

I Traded My Greenhouse for a Water Jug

Garden Rant frowns on How-To stories, but I’m making an exception and a confession. I started gardening as a little boy and was passionate and curious. I stumbled [...]

Blossom and the Bramley Apple Tree

Peter Morrin, former Director of Louisville’s Speed Art Museum, emailed me a few weeks ago to say there was a remarkable piece of glasswork on display at the Speed called [...]

A notorious 17-year cicada returns to portions of the eastern United States  in a few weeks.  If you're in the path of Brood X  you may need to stuff cotton [...]

Social Distancing Guidelines for the Garden

For over a year I have looked forward to a time when there would no longer be the heavy burden of social distancing. Visits with friends were scarce during the [...]

Once Upon a Childhood Oak Tree

Pandemic Hair, Ice, Snow and The Sons of Lee Marvin

Even with slowly lengthening daylight, what little sun we have has been eclipsed this year by pandemic hair, ice and snow. I’m willing to forego a haircut if this story [...]

Have you seen the feel-good documentary The Biggest Little Farm? You should. It’s the story of a husband and wife who change careers to pursue a dream of living and [...]