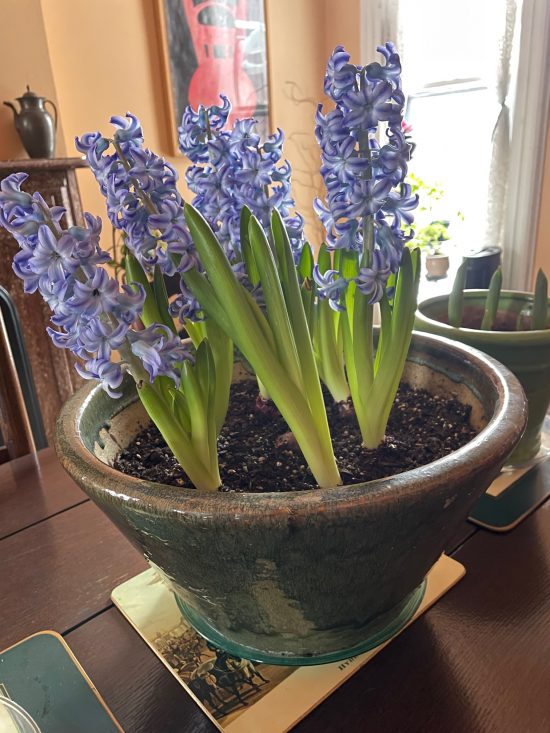 My constant ranting about hyacinths at this time of year is veering close to the definition of insanity. Regular reports of my delight at how successfully they force and how much fun it is to have something to tend when the exterior garden is shut down don’t seem to be gaining many converts. As far as I can tell.

The idea of growing tulips in pots for outside use has gotten much more traction.

But yet I persist with the hyacinths. It is a bit of a mania, one which became embedded even deeper this year when I opened the root cellar door a week before Christmas and found that every single bulb down there – let’s say about 150-200 – had fat, healthy-looking buds emerging. Maybe Ma Nature knew there was a tough weather event coming. Maybe she wanted to help make up for the fact that we’d be spending most of Christmas week inside our house alone, unable even to see out the windows.

It wasn’t just the success of the bulbs. As they’ve begun to emerge, I’m finding radical and interesting differences between them.

I’m a sucker for any vendor offering anything “old-fashioned” or heirloom” and that goes for annuals and perennials too. If there’s a taller, less-compact, original version of some plant, that’s the one I want. For example, my hosta ventricosa is one of the few that will come true from seed, not that I’ve needed to test that, and its online descriptions end simply: “This plant requires no care.” That’s true with most hostas, but I like this one for its tall flower scapes.

I also prefer the tall woodland nicotianas to the shorter hybrids. And so on. 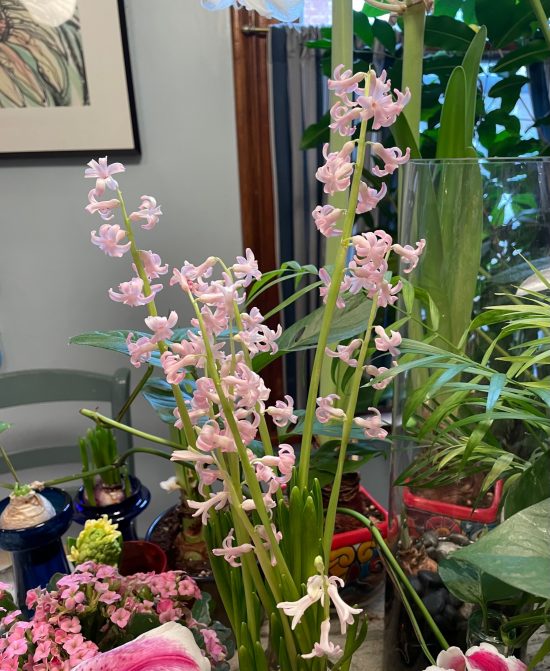 There are plenty of old-fashioned hyacinths; most offered by Old House Gardens; other vendors stick to the fat hybrids. Currently, I’m in love with Roman Pink (above). Some might call it spindly; I think it’s graceful. And there’s not much chance of it toppling over, as the hybrids will. The scent is delicious, totally unlike any hyacinth I’ve ever put nose to. It’s supposed to be cinnamon, but I catch some orange blossom, maybe a little jasmine. Not the fresh green you expect with most hyacinths. None of these scents tend to be overpowering, at least not in my drafty abode. 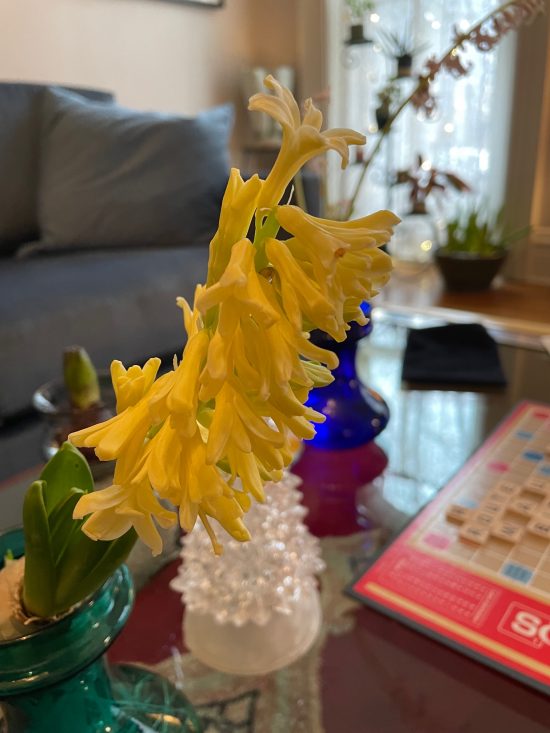 There’s also a Yellow Ophir which I think is this one (above). (One year I had labels.) The double Chestnut Flower is fabulous and my favorite white is Grand Sophie (below). 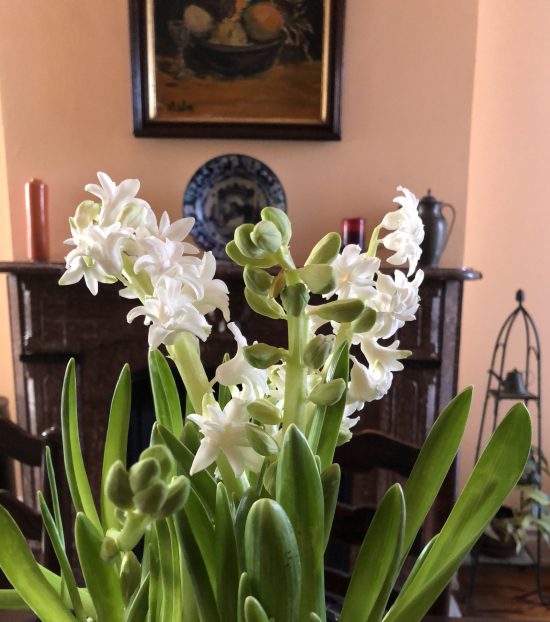 Hyacinths never seem to work all that well outside. In formal bedding arrangements, well, they look formal. In an ordinary garden, they tend to topple over; in a few years, they acquire a looser habit and then pretty much disappear. The hyacinthoides hispanica, which I’ve had a small group for more than 20 years, are clearly more persistent, though they bloom later.

What do I do when I’m done with them? Into the compost they go. Friends who have received them as gifts say that if planted outside when the ground is thawed, they will come back; I believe them. 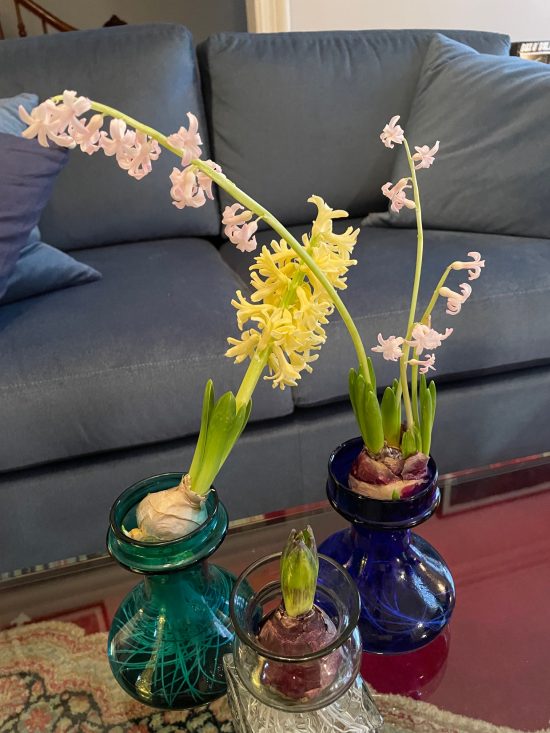 Bottom line: hyacinth forcing is not super popular, though I know a few gardeners who do it, and, like me, collect the vintage forcing glasses.

I think we’re onto something.