Stutz, the film, and Three Aspects of Garden Reality

Stutz, a Netflix documentary, with actor Jonah Hill and psychiatrist Phil Stutz, is full of surprises. Because gardens were never mentioned, I had not anticipated clues about gardening, but I found a few nonetheless. I have emotional baggage attributable to my obsession with horticulture. I should dig deeper. Hill and Stutz sat down for two years of filming that ended up woven into a seamless 90-minute session. Jonah Hill is a patient of Stutz’s but turns the table in this loving tribute, becoming questioner of his therapist’s life.

Phil Stutz lays down the law. In life—as in garden making, I have concluded—you are never able to shake free of three aspects of reality: pain, uncertainty, and constant work. The Grateful Dead spelled out the obvious in their song “Uncle John’s Band.” One line is crystal clear. “When life looks like easy street, there is danger at your door.”

The Christmas storm past—snow, ice, heavy winds, power outages, flight cancellations, and traffic snarls—was a reminder. Central Kentucky was not Buffalo, New York, though 9 F (-18 C) put us on edge. Strong winds at the outset made it worse. Days below freezing required five layers of clothing for short walks with our dog Rufus. The boy did his business lickety split knowing full well it was warmer on the sofa inside.

The winter days are growing longer, but I’m not feeling it. Rose and I are both recovering from colds. January and February are endless weeks of anxiety following the Twelve Days of Christmas.

Is there any chance Edgeworthia will bloom this year, or even survive? Will the hardier, fall-blooming  Camellia x‘Survivor’ (sasanqua x oleifera), inexplicably indifferent to alkaline soils and previous arctic temperatures, some years colder than this holiday freeze, make it? I hope so. Spring will tell. 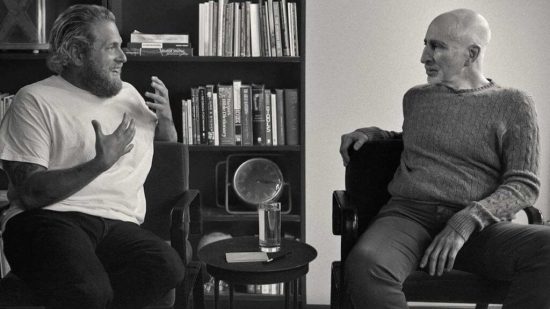 What other calamities await the New Year?

There’s always a chance of flooding, tornadoes, hailstorms, drought or “If the thunder doesn’t get you the lightning will.”

One time I asked Paul McKinney, a farmer and neighbor, if he thought it would ever rain again. It had been dry for weeks. Paul said, “Oh, it will rain again sometime.” Eternally optimistic. Maybe he listened to Mother Maybelle Carter sing Keep on the Sunnyside to keep his grateful spirit alive.

From now until the first daffodils bloom, I will wonder if I can take care of the garden for another year. It is a chore. Gnawing anxiety. Always.

Gray days are settling in. Christmas roses (Helleborus niger) are battered, but at least the snow is gone—for the time being. I need sunshine, blooms, exercise, and an in-person community of family and friends. My garden and I are slow works in progress.

Phil Stutz has valuable tips. Be happy with the process. “No one has it all figured out.” Something new in the face of adversity may surface. “Everything is great when it is not…No matter how afraid you are, squeeze the juice out of it…Tolerate whatever happens. Doesn’t matter whether it’s good or bad.” 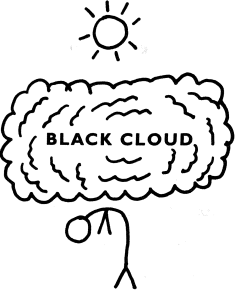 We hover beneath a black cloud—sometime.

Stutz suggests trying as an antidote—to winter’s cold and gray, for instance—to visualize passing through the black cloud to the sunshine above. On a Christmas Day phone call Steven Matheson, filmmaker and musician, mentioned Yoko Ono’s film “Apotheosis.” Ono and John Lennon, he explained, rise above the clouds in a hot air balloon. Jonas Mekas—filmmaker, artist and poet—described the short 1970 film: “Suddenly the cloud landscape opened up like a huge poem, you could see the tops of clouds, all beautifully enveloped by the sun, stretching into infinity.”