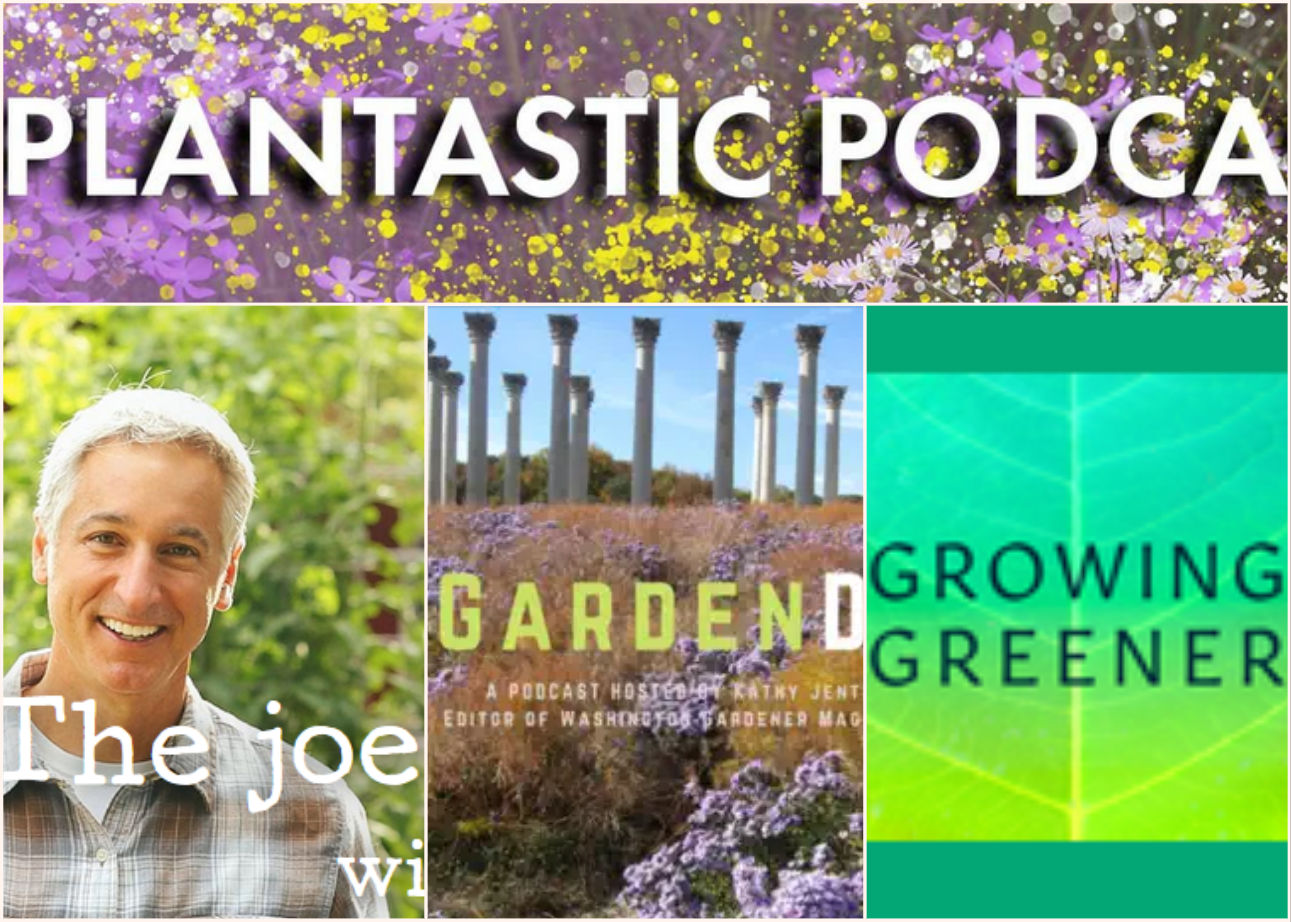 I’m a long-time podcast listener, using them for entertainment and sometimes even enlightenment while I’m gardening, walking, driving and even cycling. And mixed in with the many podcasts about politics, the media and stand-up comedians are a few gardening podcasts I regularly listen to, four episodes of which I’ve found so compelling I’m recommending them here.

“The Joe Gardener Show” on the History of Chemicals 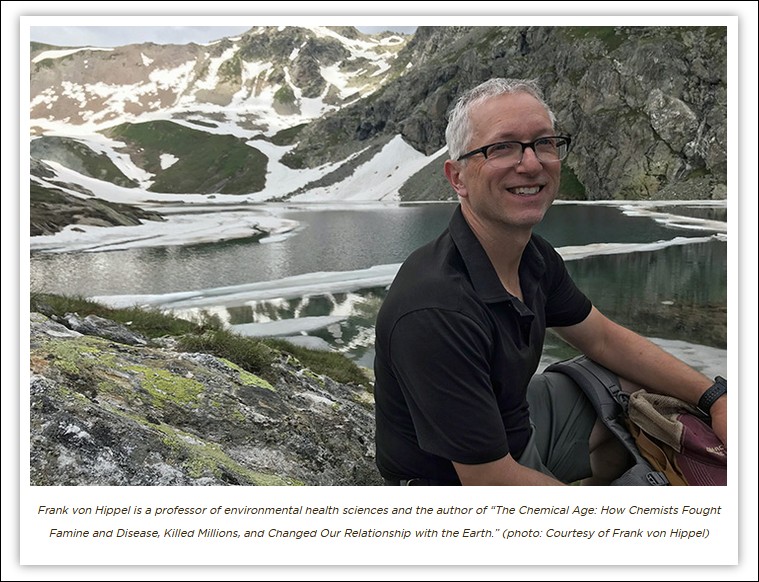 In the episode “The Chemical Age: How Tools of War Became Agricultural Chemicals,” Joe interviewed Frank von Hippel, a professor of environmental health sciences and author of “The Chemical Age: How Chemists Fought Famine and Disease, Killed Millions, and Changed Our Relationship with the Earth.” I learned a lot about the history of horticultural and agricultural chemicals, both organic and synthetic, and felt much smarter for having listened.

The interview covered not just the worst chemicals we love to hate but also those that fight famine and infectious disease. So they’re a mixed bag and von Hippel kept coming back to what he sees as the problem – that we seem to always overuse chemicals. (E.g. Did you know that DDT used to be sprayed on beaches and other public spaces to eliminate flies!!)

The story of Rachel Carson’s Silent Spring is particularly compelling.

Von Hippel’s extensive knowledge and amazing background actually gave me a couple of chuckles.  For instance, when Joe asked about plants used as medicine, von Hippel responded that oh yes, he’d spent time with shamans in tropical rain forests in Latin America and also lived in an African rain forest for five months!

But there’s lots more about his background that amazed me – the family members who escaped Nazism, some who were Nobel laureate scientists, vacationing with Edward Teller and more. His own podcast is Science History.

A feature of Joe’s podcasts that I particularly appreciate are the extensive, detailed show notes.  So non-listeners can just click here to read a great summary of this interview. 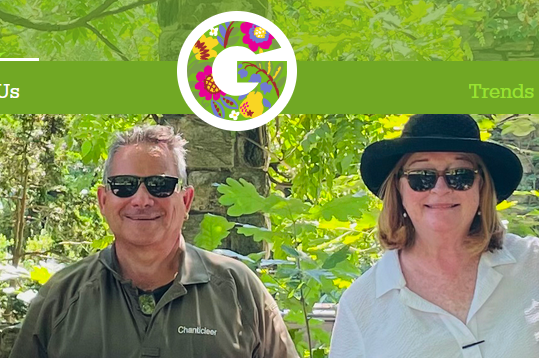 I’d seen Jared’s interview with Peggy Anne Montgomery recommended by some garden-world insiders and am glad I gave it a listen. Described by Jared as “one of the nicest people you’ll ever meet,” she’s another plant person with a fascinating background, having apprenticed in the Netherlands, where she learned both Dutch and Frisian, and owned a garden design firm there for 15 years. Then she returned to the U.S., worked for Bailey’s Nurseries in Minnesota, moved to a marketing job at Garden Media Group, then met and married famed Chanticleer plantsman Dan Benarcik (pictured with Peggy above, from the Garden Media Group website).

The story of the launch of the Endless Summer Hydrangea, (after its discovery by Michael Dirr) was surprisingly compelling.

But I particularly liked Peggy’s thoughts on plant marketing because they’re quite a rant:

It’s got to be about the truth. I hate when I’m reading information about plants that is either untrue or oversimplified. You cannot throw out some seed and have a meadow this summer.  It won’t work.  Gravel gardens are a delight but they take time to establish. We can’t lie to people and make it sound easier than it is.

She adds that influencers and magazines she communicates with “need to know they can count on you for accurate information.” Her approach as a marketer is to “help people be the most successful.” Hear, hear! Currently Peggy handles U.S. marketing for a consortium of Dutch bulb growers and exporters and as who better to do that?

I appreciate that Jared kept eliciting details about marketing, including how the firm’s yearly Trends Report is formulated and how they work with influencers.

Another example of Peggy’s truth-telling involved another one of my own et peeves: “Lawns are getting a bad rap,” noting the various needs they meet for homeowners and encouraging us to naturalize bulbs in our lawns.

Finally, I loved hearing about the great camaraderie among plant people in the Philly region where she and Dan live and work. 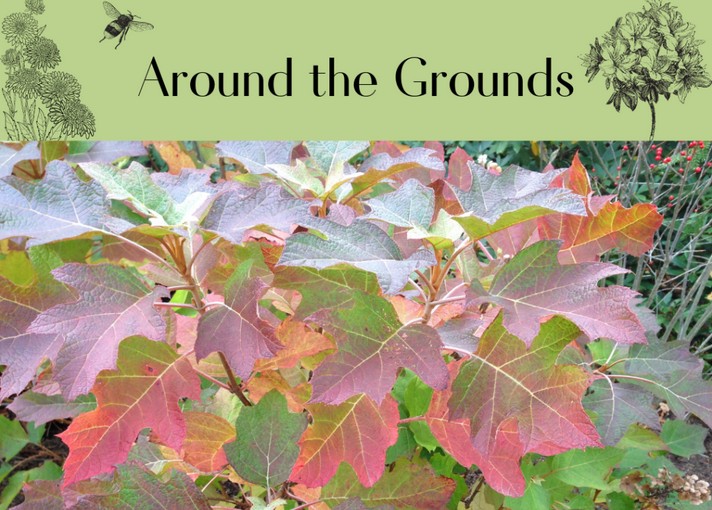 Thomas Christopher (a former regular here at GardenRant) recently interviewed Cathy Ludden, an activist with an unusual background – as a Wall Street lawyer. Since leaving that world for her garden in Westchester County (just north of NYC) she studied at the New York Botanic Garden (as did Thomas), begun helping clients create eco-friendly gardens, and writing the excellent Around the Grounds blog of the Greenburgh Nature Center. (She can also be followed on Instagram as herself.)

She spoke highly of her local garden club – the Garden Club of Irvington-on-Hudson – and especially of the Garden Clubs of America, of which the Irvington club is a member. I had no idea that the GCA had a legislative affairs committee that advocates for national parks and especially for sustainable practices in their management. 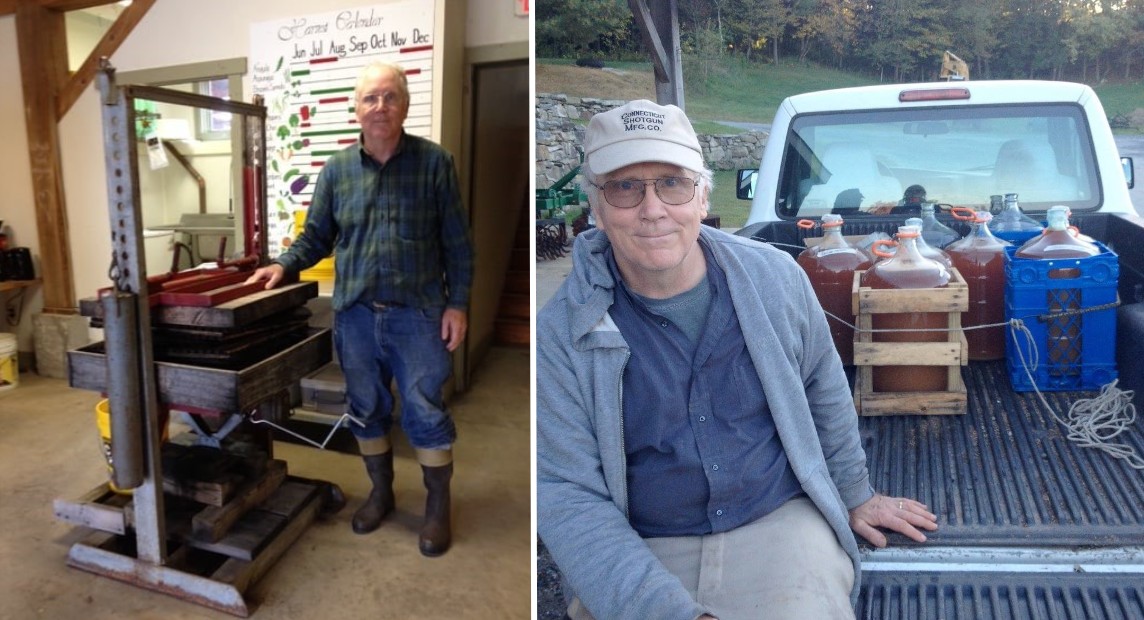 Clearly, podcasts are SO popular these days, it should surprise no one that podcasters interview each other, and here’s another example.

Kathy’s guests are mostly local to me here in the Mid-Atlantic but I’m glad she tapped the Connecticut-based Thomas for an interview because he also has an interesting background that I knew almost nothing about, despite our long-distance friendship and history of team blogging.

For example, Thomas studied the Classics at Brown and “spent a lot of time in Italy.” But it didn’t take long for him to realize he wanted to work with plants, so he moved to the Bronx, studied at the New York Botanic Garden, then worked on the Columbia University landscape in NYC. Apparently it was taking care of roses there that educated him about the problems with frequent spraying of pesticides. Also his wife is an environmental scientist, so Thomas’s focus today on environmentally friendly gardening is a natural fit.

Speaking of his wife, together they’ve been making hard cider for 25 years now, even growing their own cider apples.

I particularly enjoyed truth-telling (there I go again) from Thomas about lawns (again):

Since I was a horticulture student, progressive gardeners and environmentalists were saying oh, we’ve got to get rid of the lawn. We’ve got to replace them all with meadows. And we’ve done a good deal of that and that’s been great.  But the area of lawn in the United States has just continued to expand. People like lawns and they have some virtues.  They’re inexpensive, and relatively speaking to install. They’re laborious but they’re simple to maintain, so you can pay somebody to do it where you probably can’t afford to have a horticulturist come in and do your gardening for you unless you’re very wealthy. They’re more tolerant of foot traffic and kids playing on them than most other landscape treatments.  So lawns aren’t going away.

I’ve spent some time working on lawns that are more biodiverse and more friendly to wildlife.  That was a part of the New American Landscape, my contribution to that.

Thomas has worked harder than anyone I know to provide alternatives to conventional, high-input lawns through his research into slower-growing tall fescue grasses, even installing several of them himself and reporting the results. I wish more proponents of eco-friendly gardening would adopt his realistic and solution-oriented approach.