A Visit to Knoll Gardens.

Knoll Gardens are in Dorset, England. So I know a good many Rant Readers will wonder if it’s of any interest to them. I hope I can bring some interest by offering my thoughts, pictures and impressions from our visit to it this week.

So – not a mine of information about the garden – you can get that on their website   and a little here, from the rather battered info sheet we were given: (We battered it. It was pristine originally) 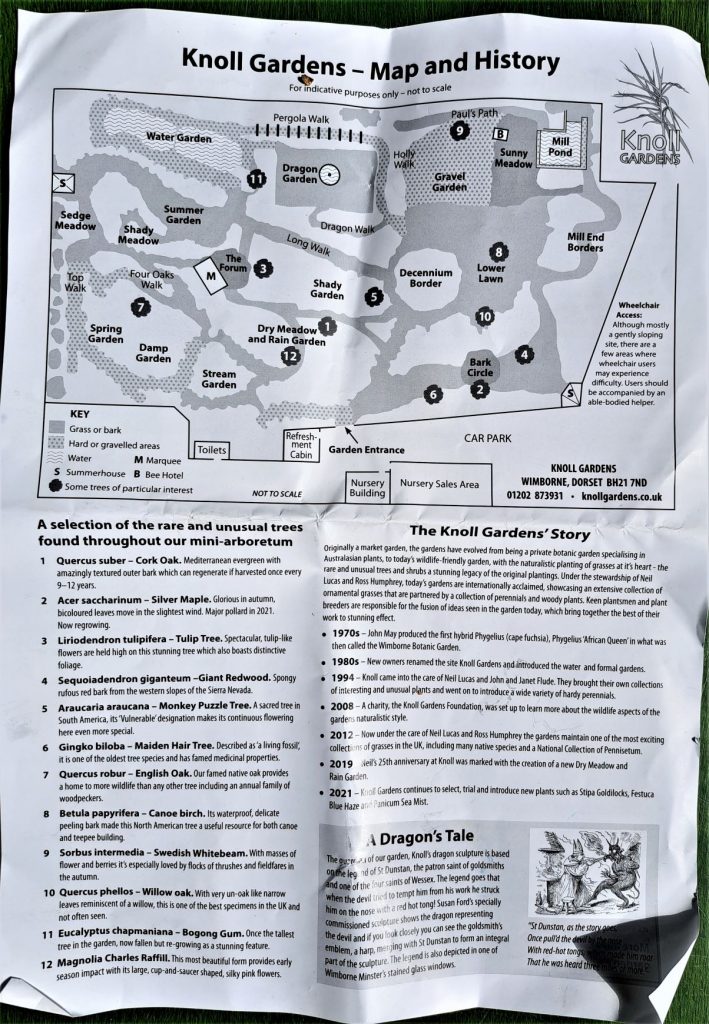 My apologies for the number of pictures that Charles managed to worm his way into, principally by walking ahead of me.

Here is the inevitable Charles and a photo which will give you an idea of the kind of garden it is. Lots of beautiful and often exotic trees 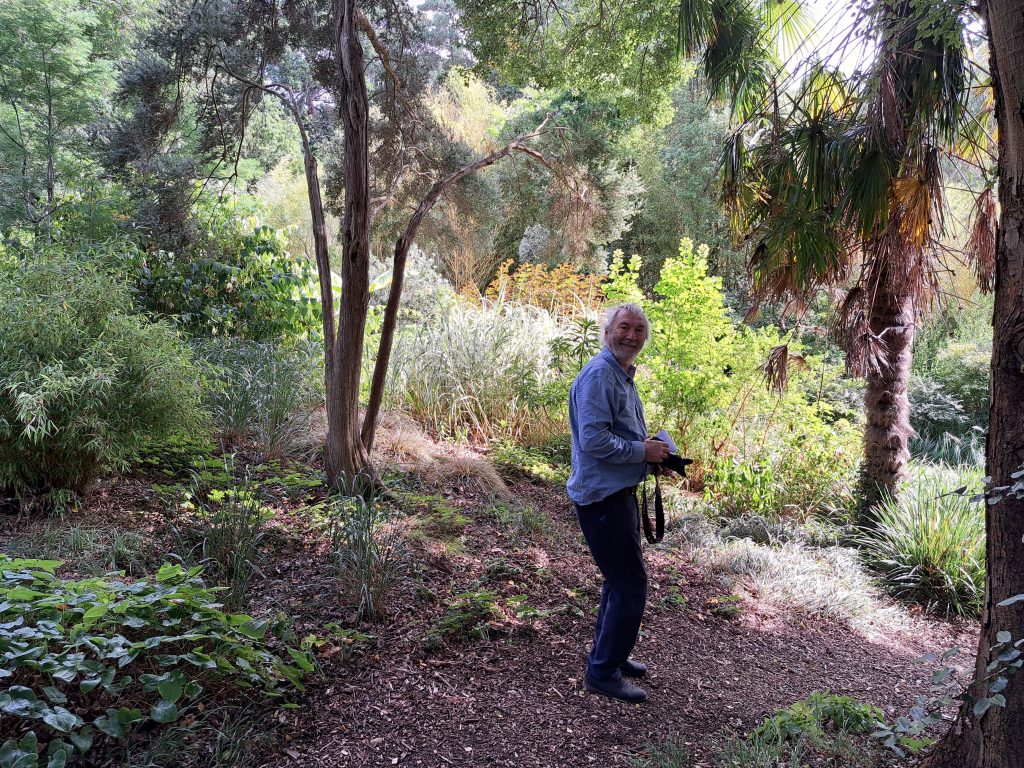 and sort of ‘naturalistic’ planting. Which, as Michael King once said, is always anything but. 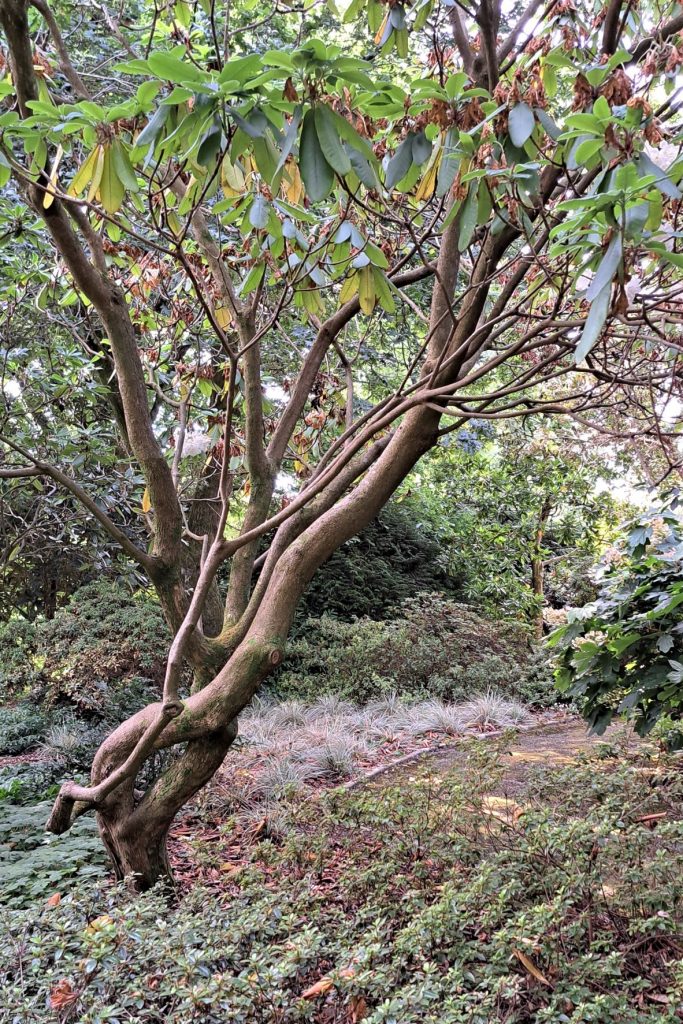 One of the loveliest things at Knoll for me was this way trees were framed and displayed. I don’t know what they are, but you may work it out from our leaflet: 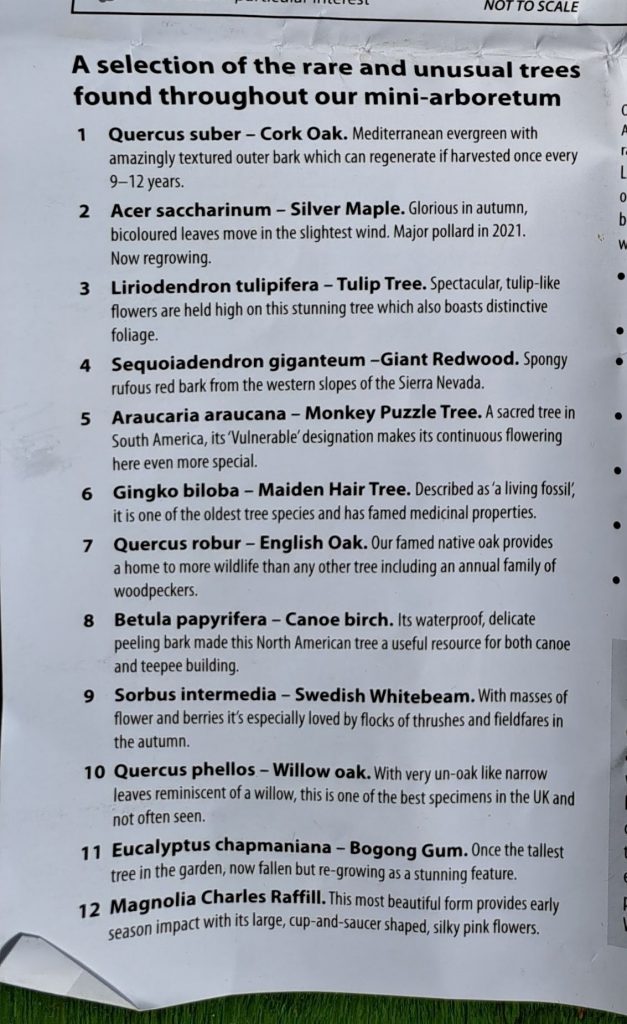 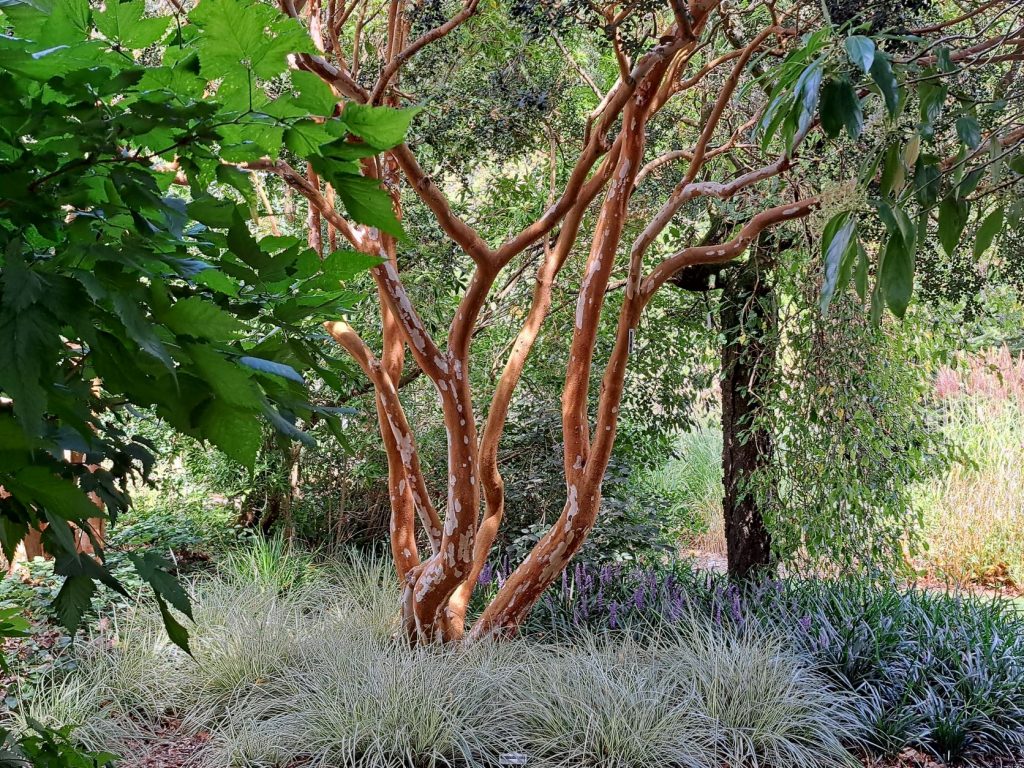 The most amazing tree had fallen over. 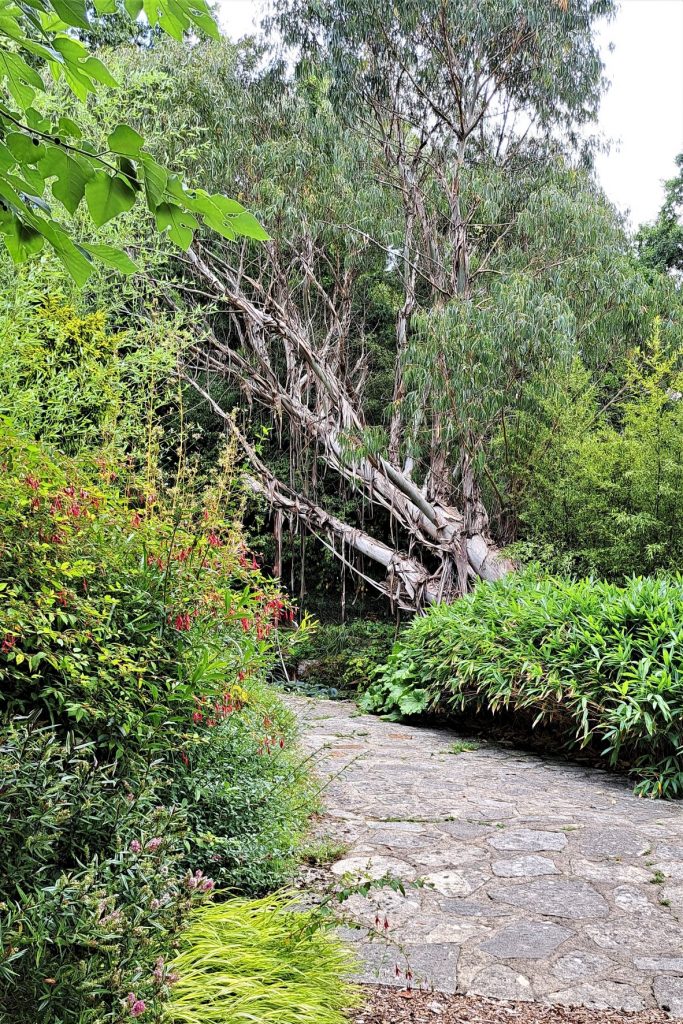 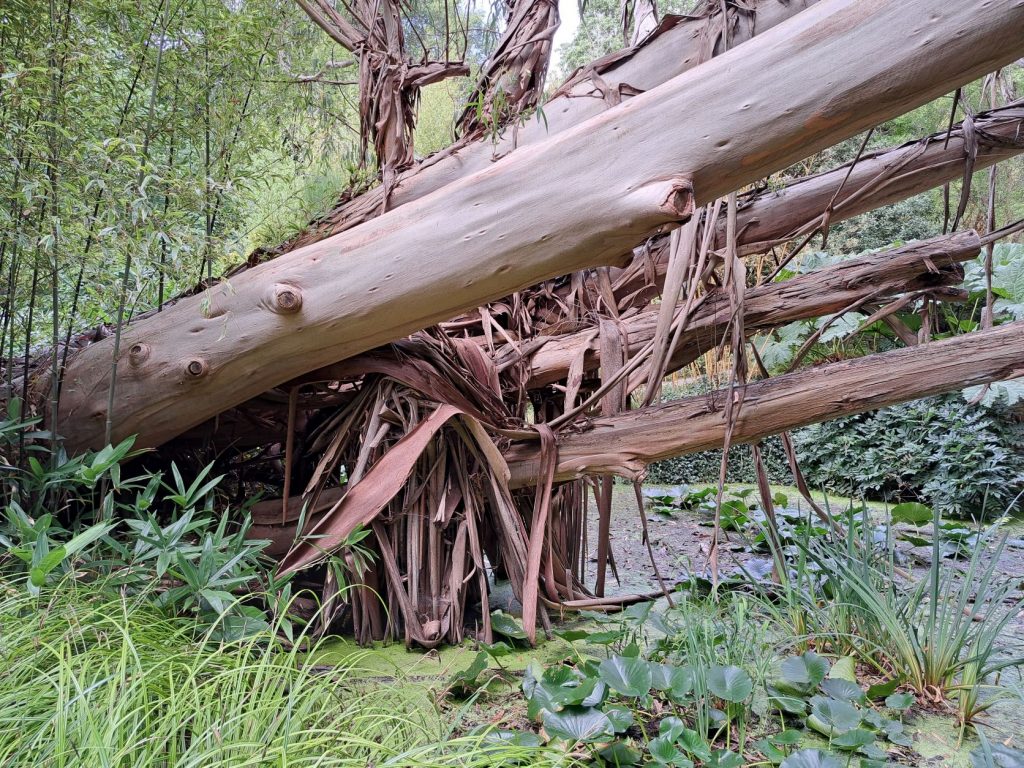 Some plants were usefully labelled (a photographer’s dream) : 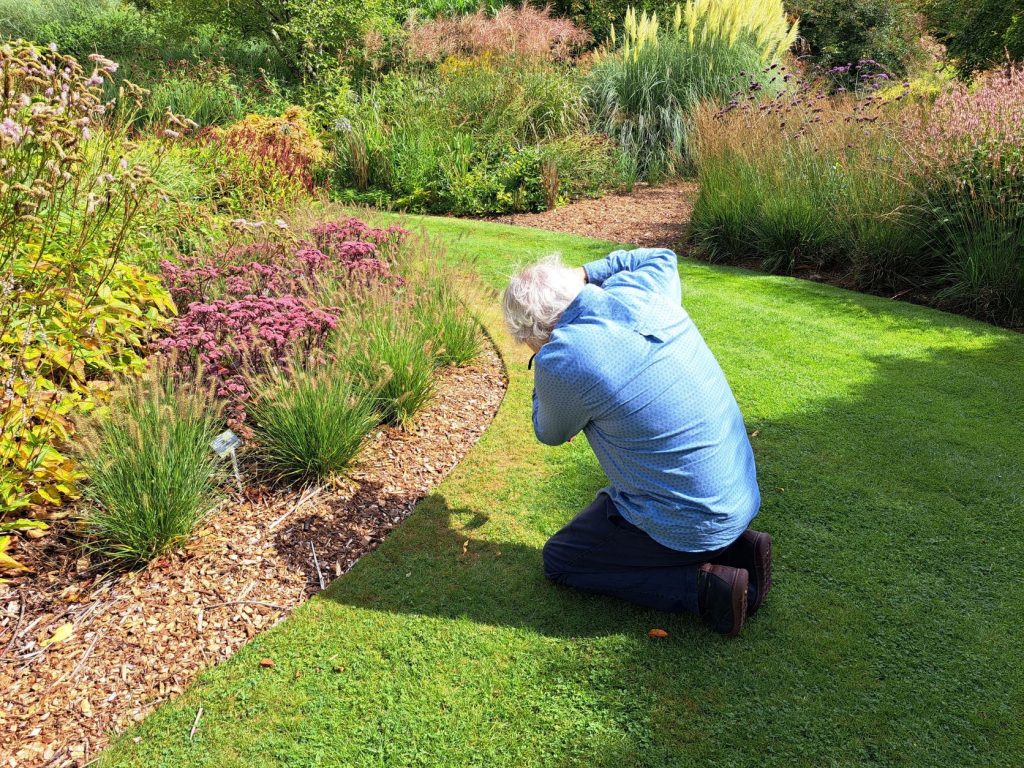 I still hate that sort of edging……but there is no bare soil. 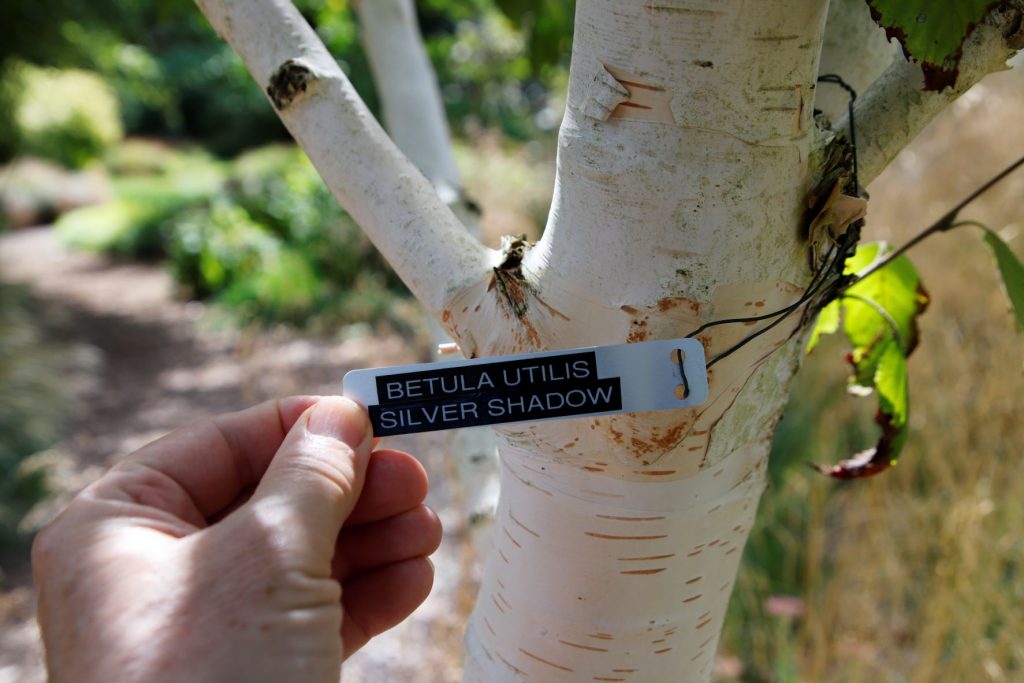 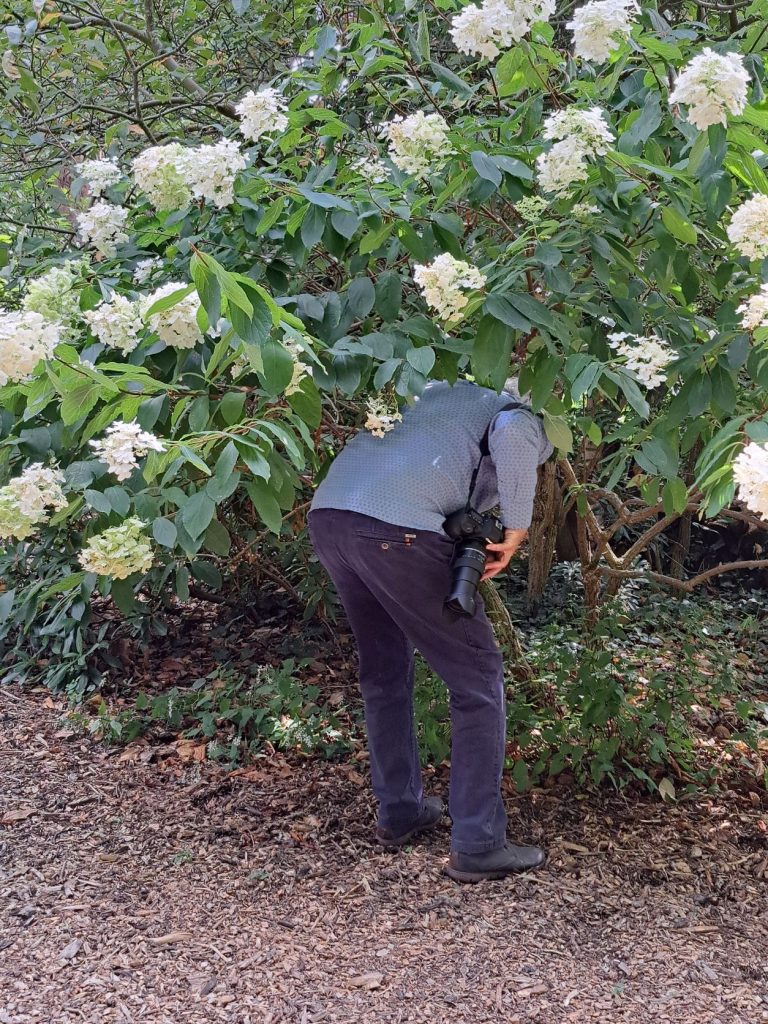 We discovered an app on our phones which identified some plants – sometimes even accurately, and this has to be the future for garden visitors.  But right now it needs to be followed up with research to be sure of an accurate identification.

And I thought I might win your love by identifying some of the plants retrospectively using Google Lens, but 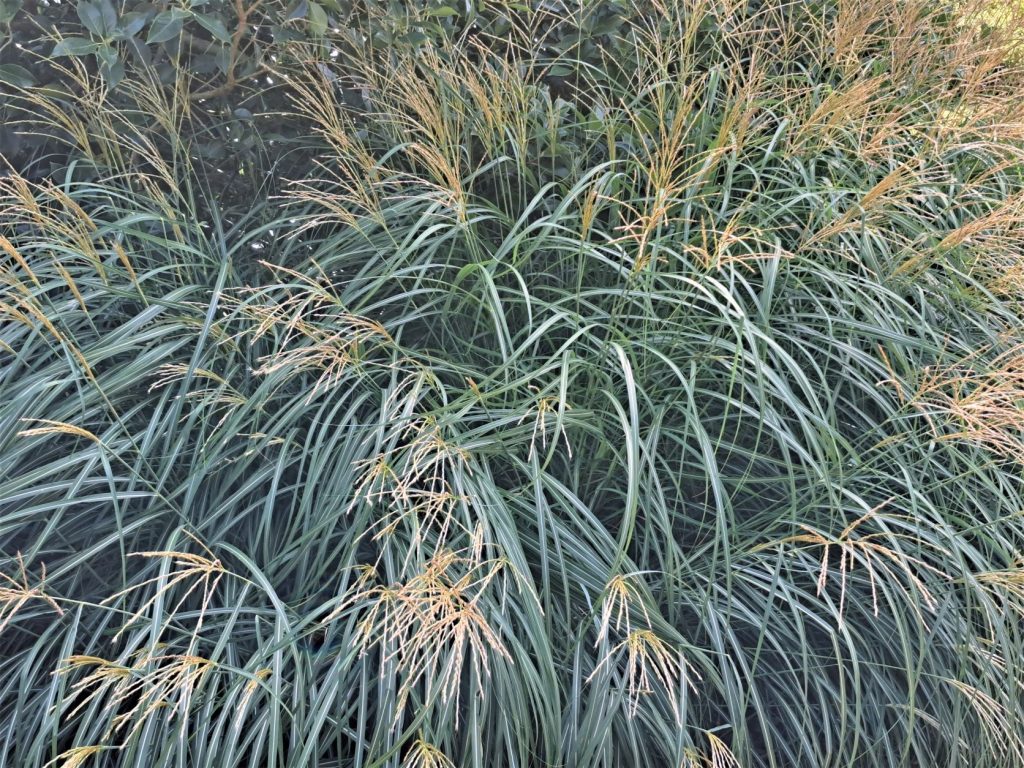 sadly not that one. And this is really what Knoll Gardens is about – ornamental grasses.

There are still some people, certainly in the UK, who dislike ornamental grasses. (This is one guilty party – Robin Lane Fox ) But we love them. 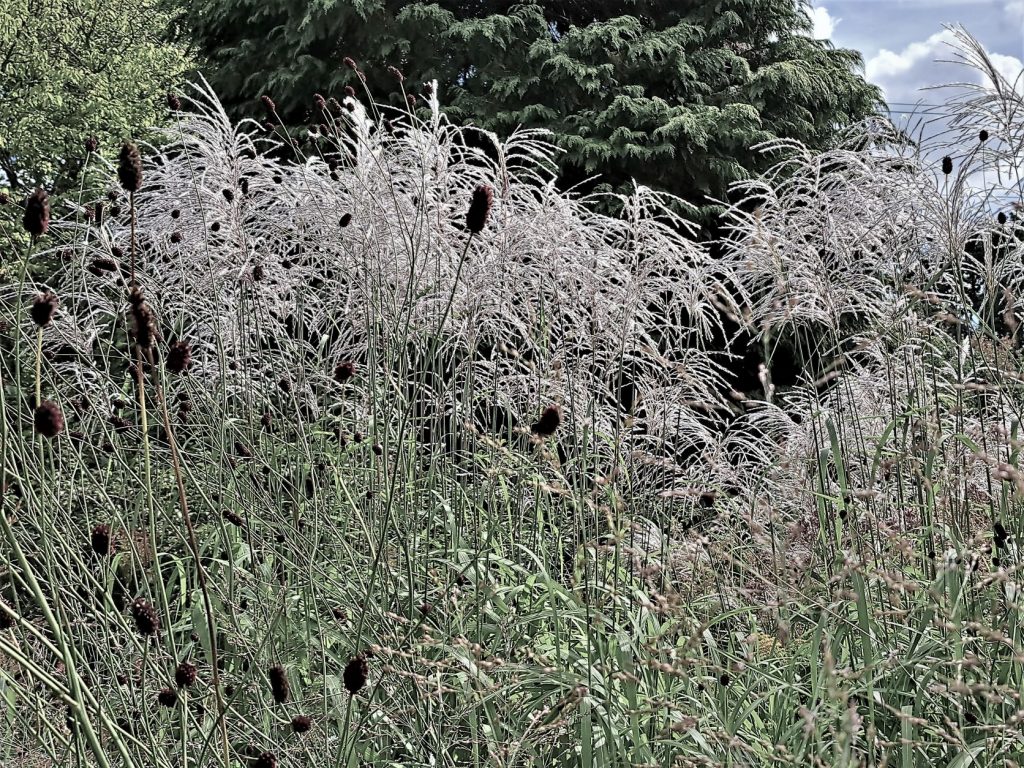 This was even better in the flesh – pure silver. Our app claimed it is Miscanthus sinensis, but I think it may be a variety of. Perhaps ‘Sarabande’?

What about this – ever thought Pampas Grass was suburban? 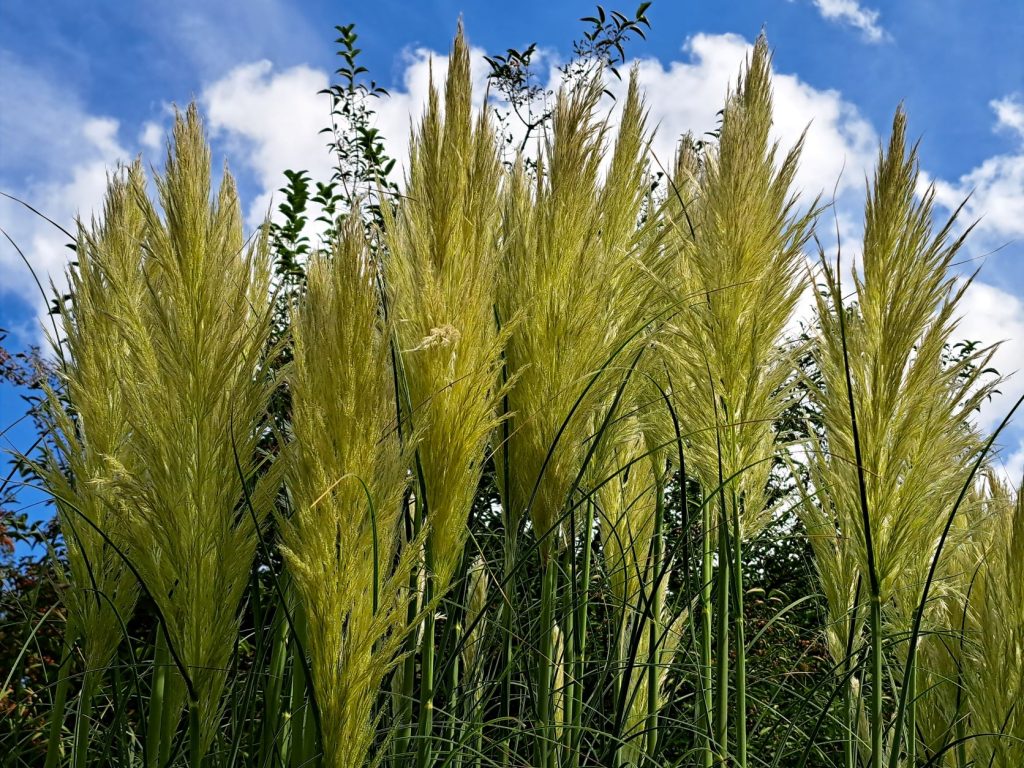 This made us want to make the effort to clean up the stems of our bamboo: 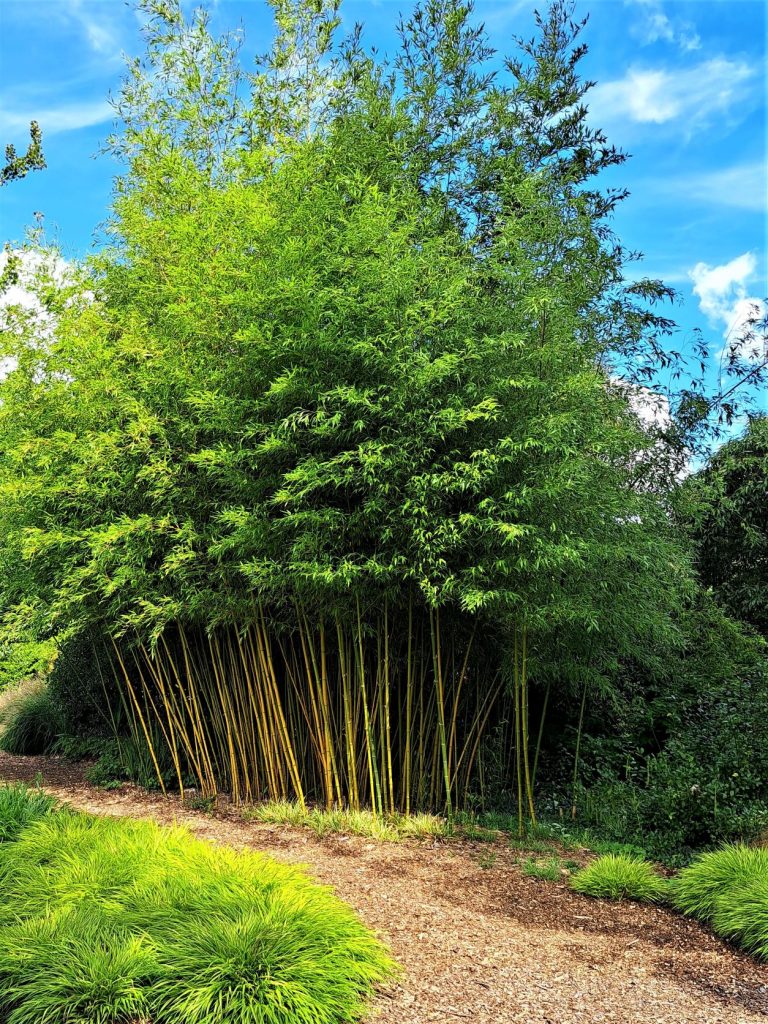 Here are some grasses in the garden landscape: 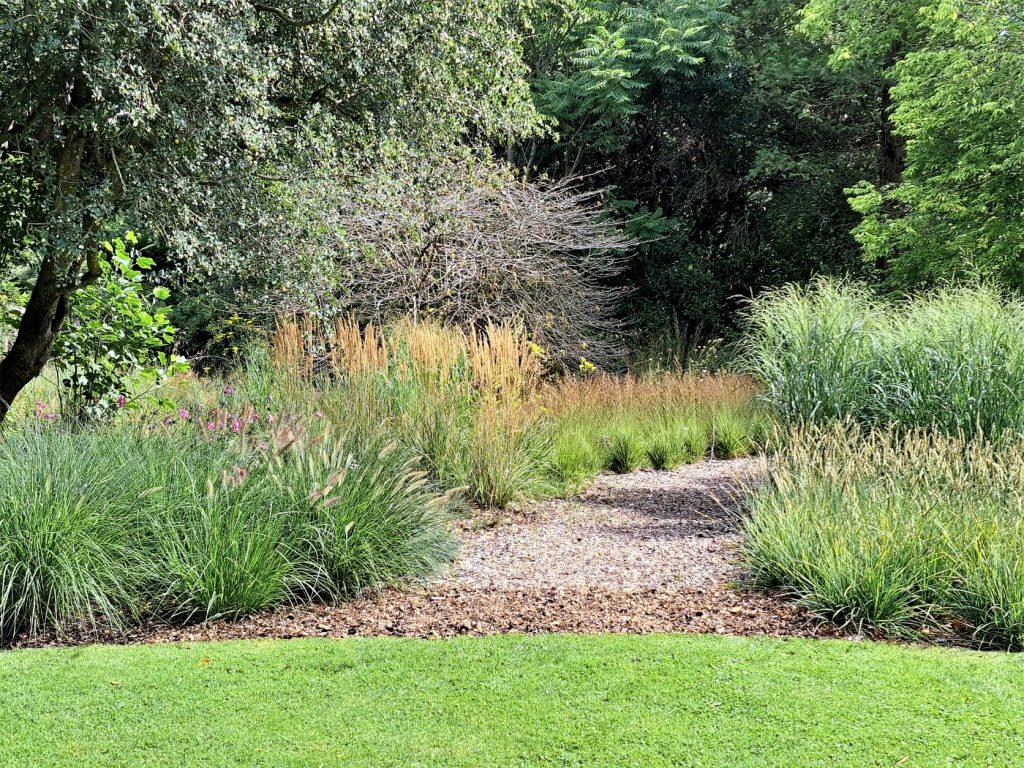 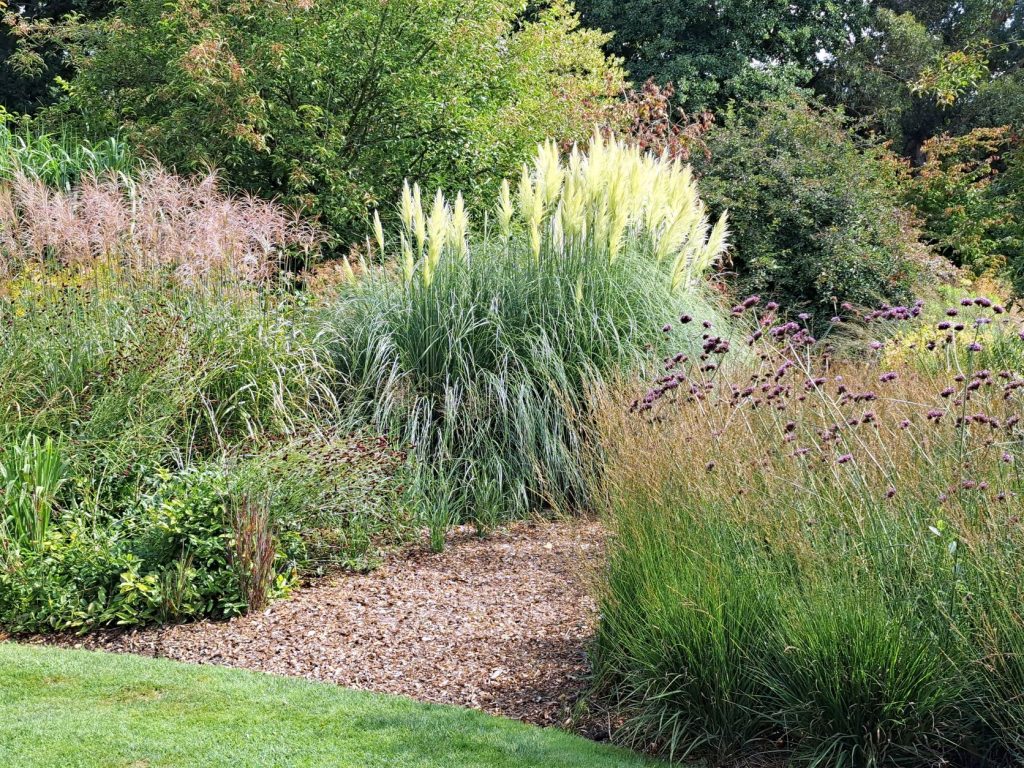 Thanks to photographer Charles Hawes! 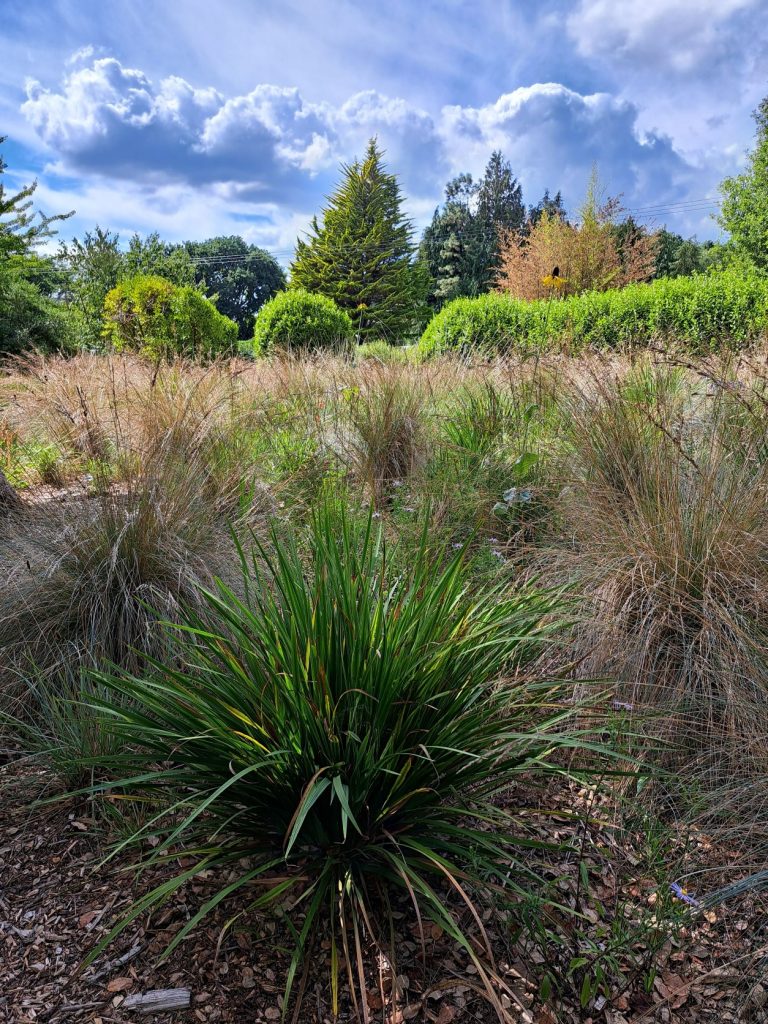 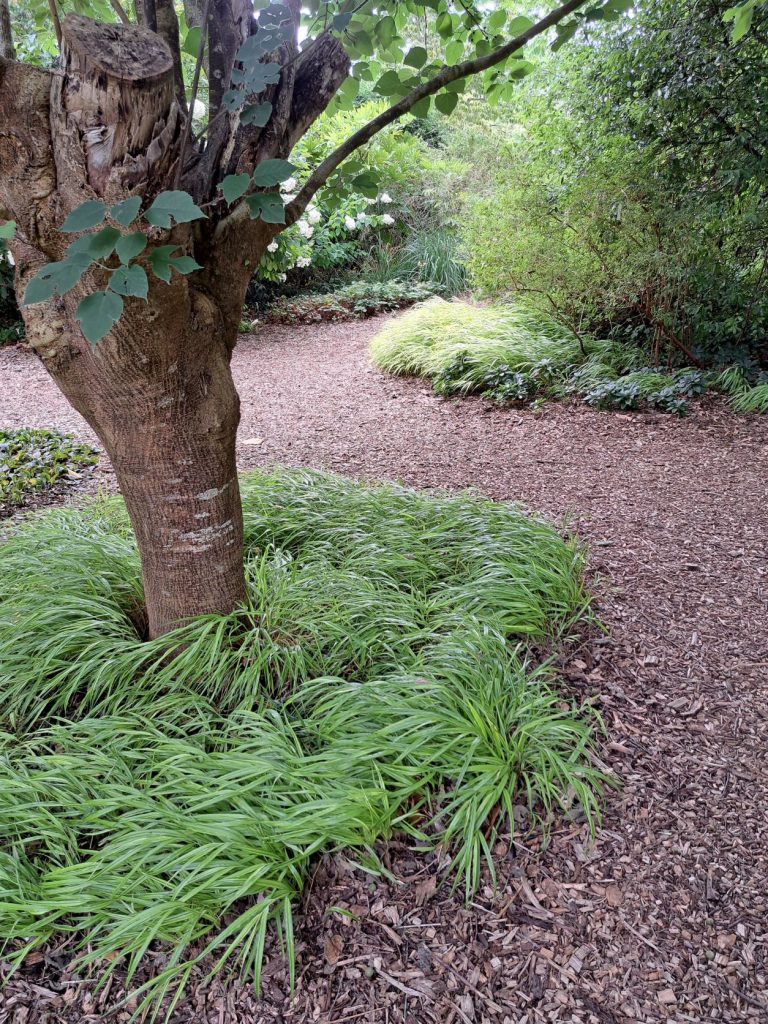 But neither of us felt very fond of  trees having a fringe around the bottom like that. 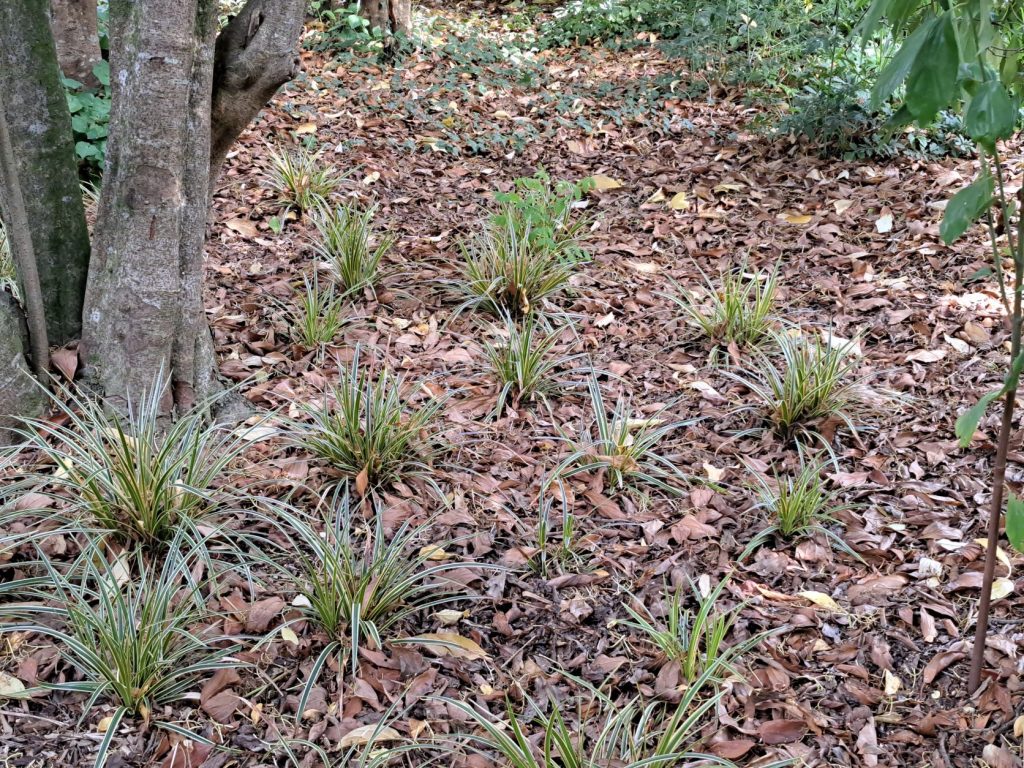 or that sort of arrangement.

There were also flowers, some of our favourites: 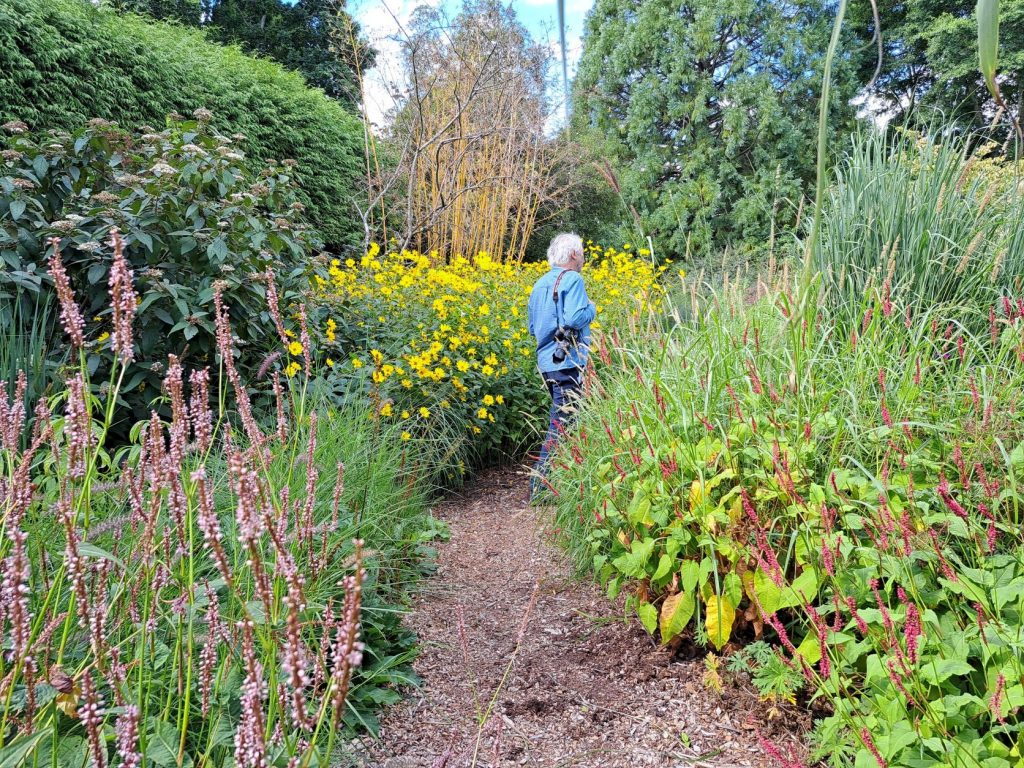 After all that (and more) there were some brilliant succulents on display, making me slightly envious – for example 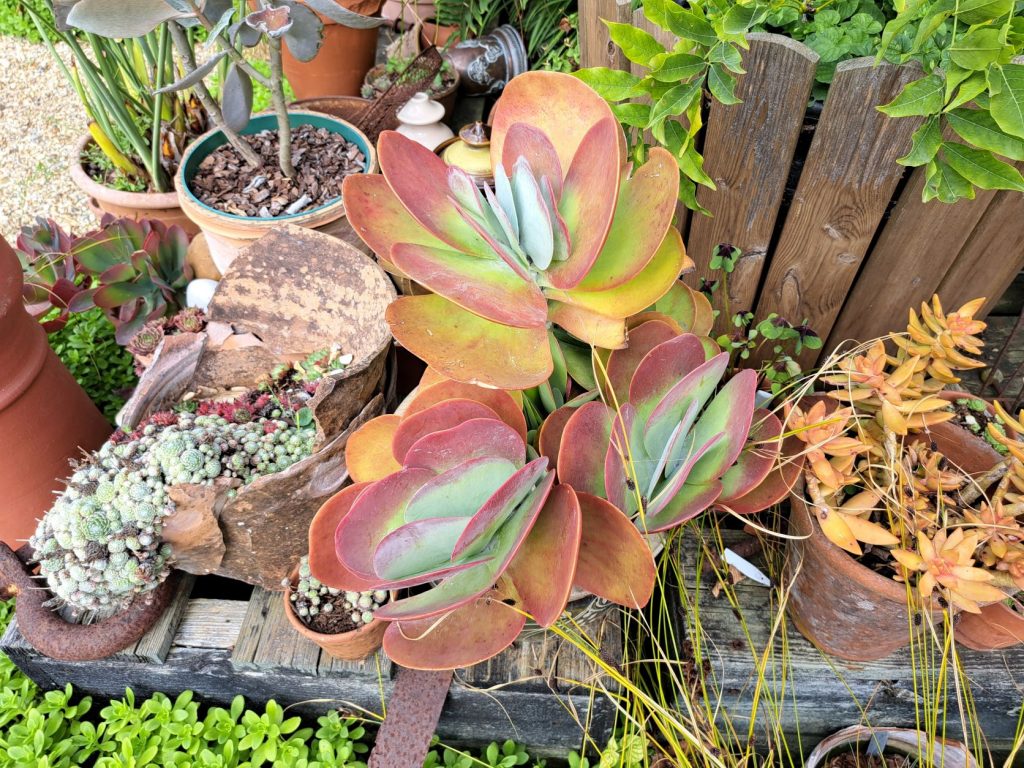 And an excellent nursery: 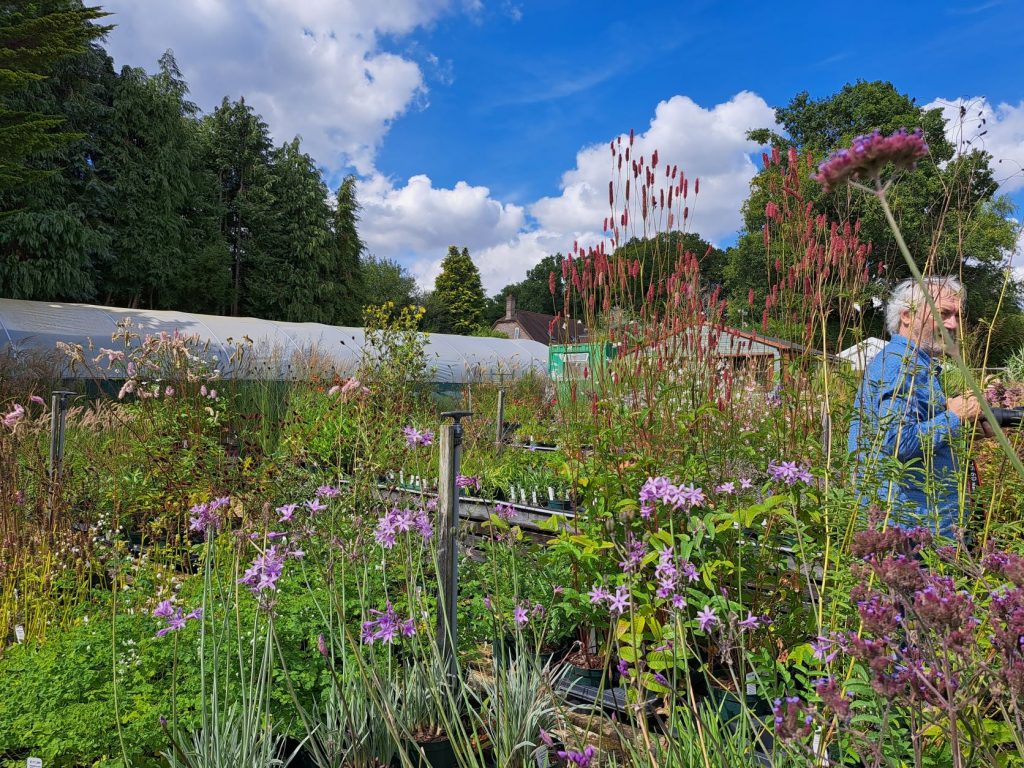 And just for the record, I really was there: 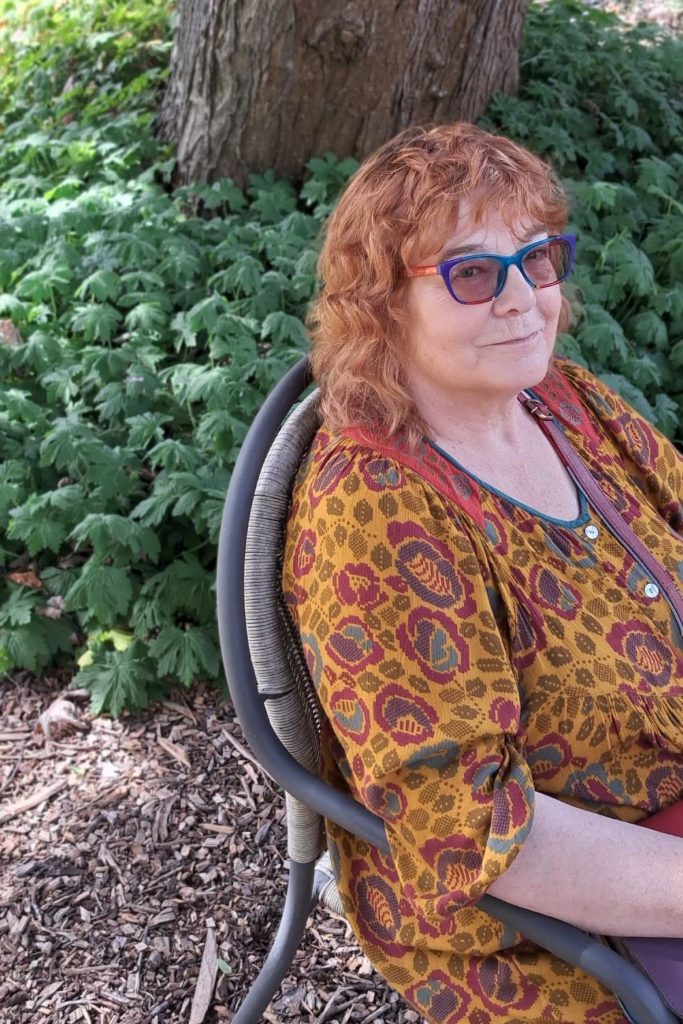 and here’s the guy behind the whole thing, Neil Lucas, photographed (by Charles) on a previous visit in 2014: 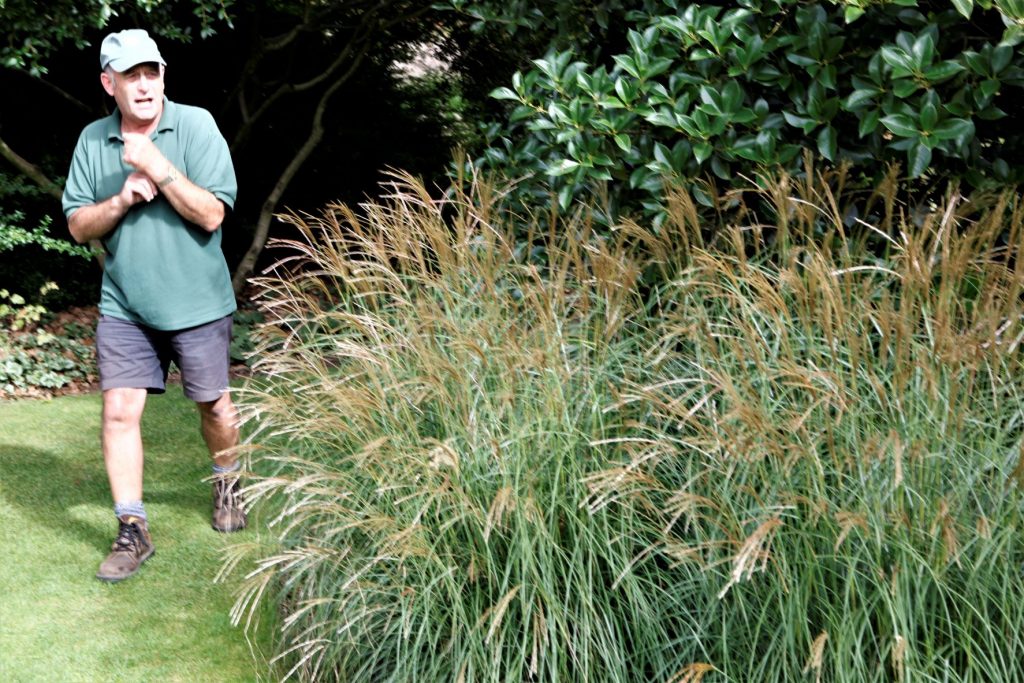