Herpes Weed and the Curse of a Garden’s Promiscuity

There was an illuminating Patti Smith Instagram post on August 19th entitled: “This is weeding.” The poet, musician, author, and activist had returned from a European concert tour and found her garden in Rockaway, Queens, New York, as you might expect—worrisome. “…I have no problem with the weeds, but they got a little forest like,” she wrote. Photographer and filmmaker Steven Sebring filmed a 20-second black-and-white lament of Smith, dressed in torn jeans and a fringed buckskin jacket, pulling at weeds in her overgrown garden. One follower identified the chief offender: “That is mugwort—aka the herpes of weeds.” 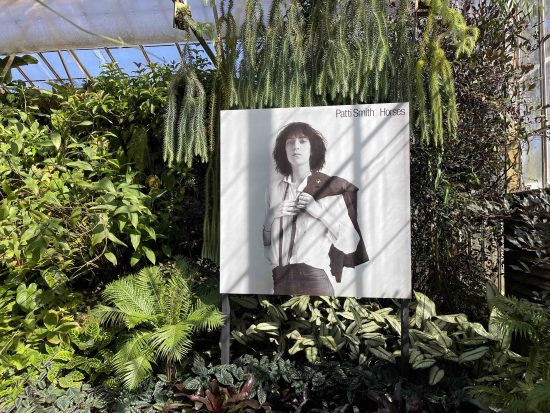 Sebring, who has photographed Patti Smith for many years, sensed the anguish gardeners feel in these fitful moments. Smith seemed shocked, as if she’d left teenagers in charge and returned home after a weekend at the lake to find her house a shambles. Sebring offers consolation on video: “I am sorry.”

A few seconds later, Smith is tearing at weeds. She says, in her telltale New Jersey accent, “Yeah, I’m gonna have to come back later with the weed whacka.” 165k views and 496 sympathetic, sometimes stern, advice followed. Talk about a garden rant!

I begin worrying about my garden as soon as I leave the house to do errands. A separation of two months, or longer, is unimaginable. It takes a day or two, on vacation, to unwind, and only then can I begin to leave garden chores behind. My stomach starts churning a day or two before I return home, where I will be handcuffed and sent back to Devil’s Island.

Imagine how your garden might look if you’d gone away for nine weeks.

My rule of thumb for garden maintenance goes like this: If you can tame your garden in two hours per week, on average, and forsake it for a week, you’ll have four hours of work when you return the next week. Now imagine you’d followed Patti Smith’s concert tour to Belgium on June 1st until its completion in Milan on August 1st—nearly nine weeks later. Do the math. If your garden requires two hours of maintenance per week, you’ll need to call in sick, so you can grind through 18 hours of herpes weeds catch-up.

Fortunately, I don’t have issues with herpes (weed), not yet anyway, but I have no shortage of heavy seeding native and non-native species. Weedy natives? You thought there was a perfect garden world? I thank Carol Reese for her recent talk, shining a light on a few heavy seeding native perennials. Sea oats (Chasmanthium latifolium) and compass plant (Silphiium perfoliatum) are wildly promiscuous and huge self-sowers, which reminds me: I need to re-enlist Wylie Wolfson, my guerilla gardening comrade. I can think of no better choices than sea oats and compass plant for sowing on abandoned lots and alleys. 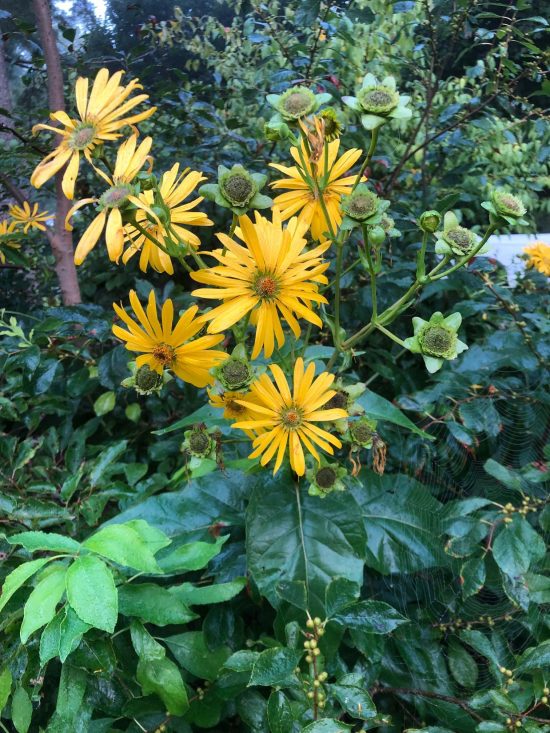 The list of non-native offenders is long. Here are two examples. Bindweed (Convolvulus arvensis), is a hell-for-certain morning glory relative with thin, but powerful, deep soil-probing roots. Pull the perennial vines that are strangling your Forsythia and they are twining back the next week.

A recent Kentucky arriviste, in the last 20 years, is the annual mulberry weed (Fatoua villosa) —a promiscuous mutha f…er. I’ve never known a versatile, annual weed that could grow 18” tall or slither like a snake at ground level.  The warm-season germinator flowers and set seeds in a split second. There’s no getting rid of it. 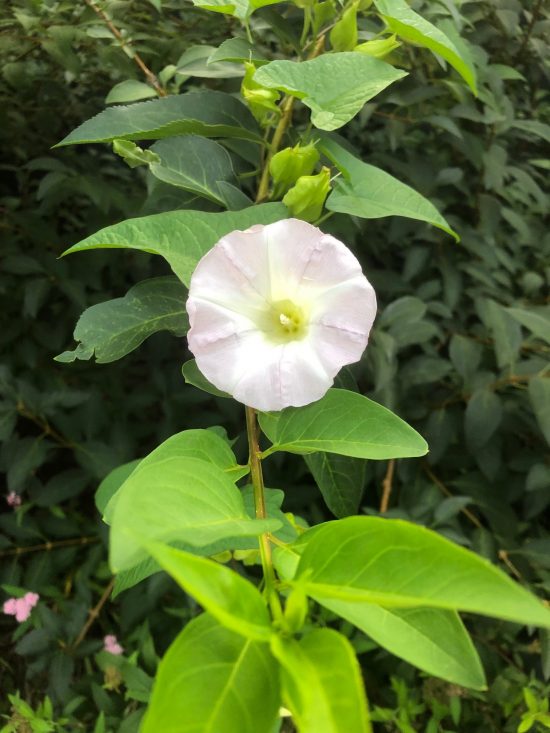 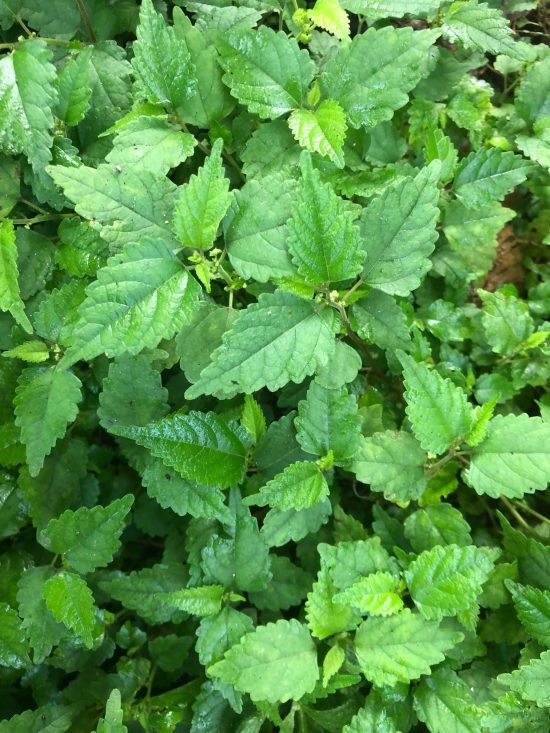 My garden weeding tools of choice are an orange-handled, stainless steel soil knife and a Dutch scuffle hoe. (The orange-handled soil knife can be found more easily when you leave it in the weeds.) The scuffle hoe wouldn’t control Patti Smith’s tall mugwort, but for smaller weeds, it is ideal and far less work than a regular garden hoe that requires a fierce chopping action. And, frankly, the soil knife and scuffle hoe will do little good against bindweed and mulberry weed, but they are handsome tools. 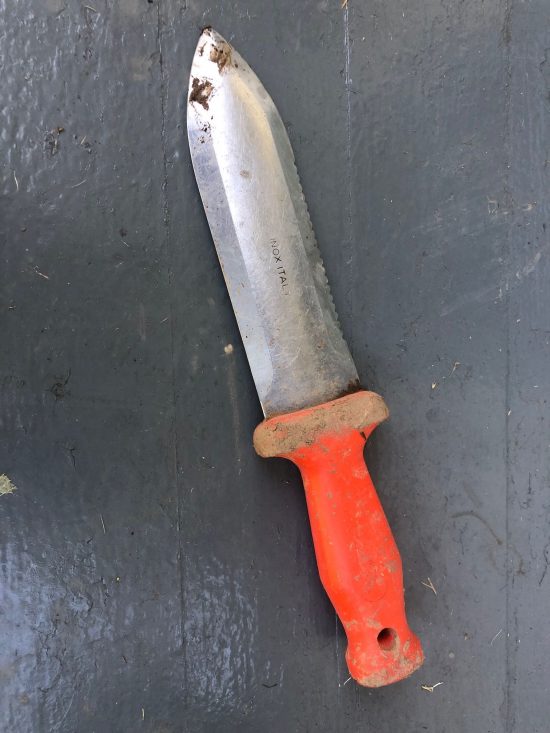 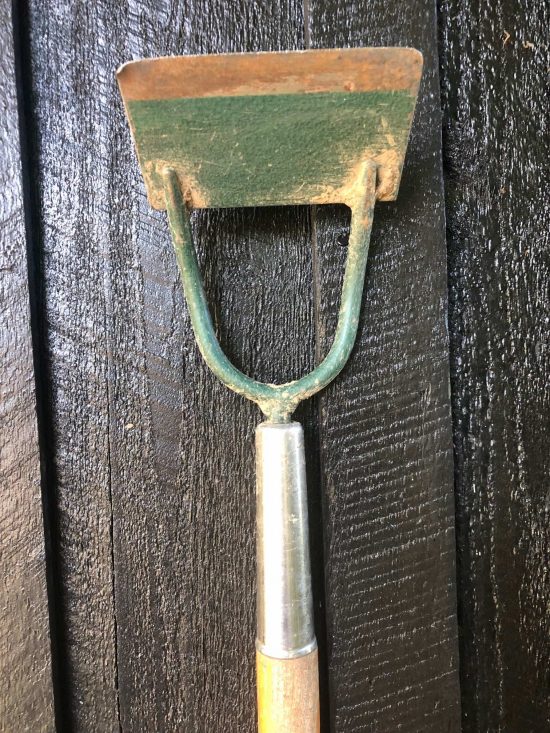 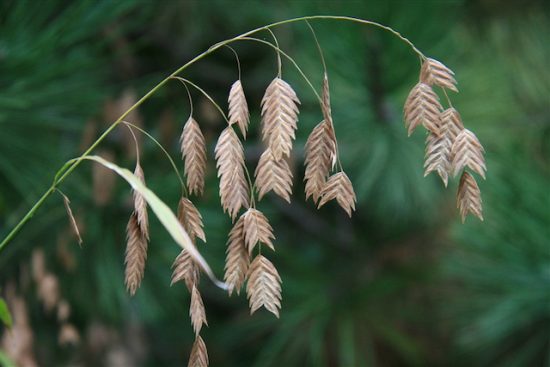 Patti, you make me feel better about my backyard.

Weeding is the perfect active meditation.

Don’t mess up your hands luv

This is what I call zeroscaping…

Rent a goat for those weeds.

That’s jungle exploration. Let us know if you run into Dr. Livingstone.

You may need a bush hog. 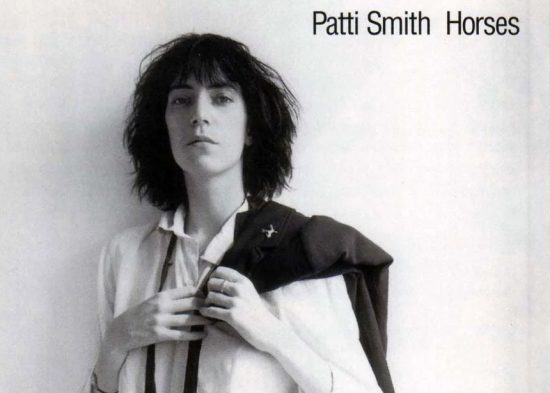 Patti Smith was at ease the next day: “Thank you everybody. My mother used to say I grew like a weed.”