Bonsai-like Junipers were Revealed, not Planned

I posted here about deciding NOT to remove all the old, overgrown and crappy-looking Junipers in front of this building.  Commenters warned that if allowed to stand, the massive plants would harbor rodents, trash and criminals. But rather than have them all yanked out, I removed PILES and PILES of lower limbs, and they immediately looked much better, with no rodents, trash or criminals in sight.

And now four years later they look like this!

(To another commenter who opined that Golden Mop False Cypress is just TOO common? Believe me, not in this community – probably because so few of our gardens have been professionally designed.)

I’m surprised by how enamored I am by these tough old Junipers, with their robust new growth and appealing limb pattern, now visible. I’d wondered at first if my pruning would spur new growth from the bottom, as it will for yews and maybe some other conifers, and indeed it did NOT. But it turns out that’s for the best because now that the centers are open, they’ll stay that way without any further pruning on my part.

I will continue to prune just a bit at the top to keep them from blocking windows, though – and I see by this photo that it’s time to do that. (I also love that I can do this kind of pruning any time the temps are above freezing – anytime I feel like gardening anyway.)

More limbed-up Junipers this week, with Rudbeckias just starting to bloom in front of them.

My excuse for posting yet again about these Junipers? Someone complimented me on their sculptural form the other day and asked how I’d decided what parts to keep and what parts to cut away, to achieve this effect. 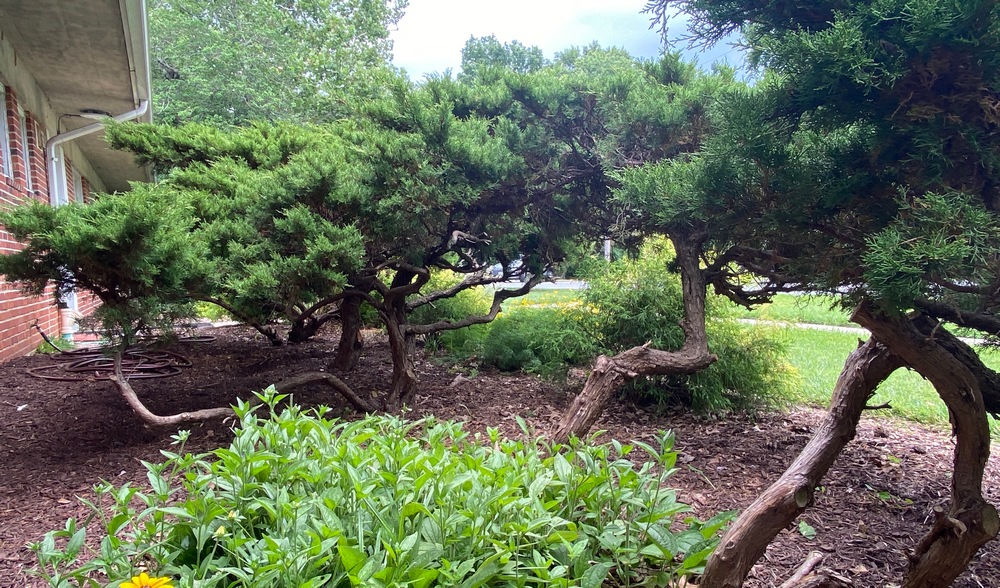 My answer? That no creative vision was involved at all – I simply removed all the plants parts that were dead and left the rest. No deciding to do. The healthy underneath was REVEALED.

Most of the pruning work was done from below, like so much of shrub-pruning, when it’s done the right way. 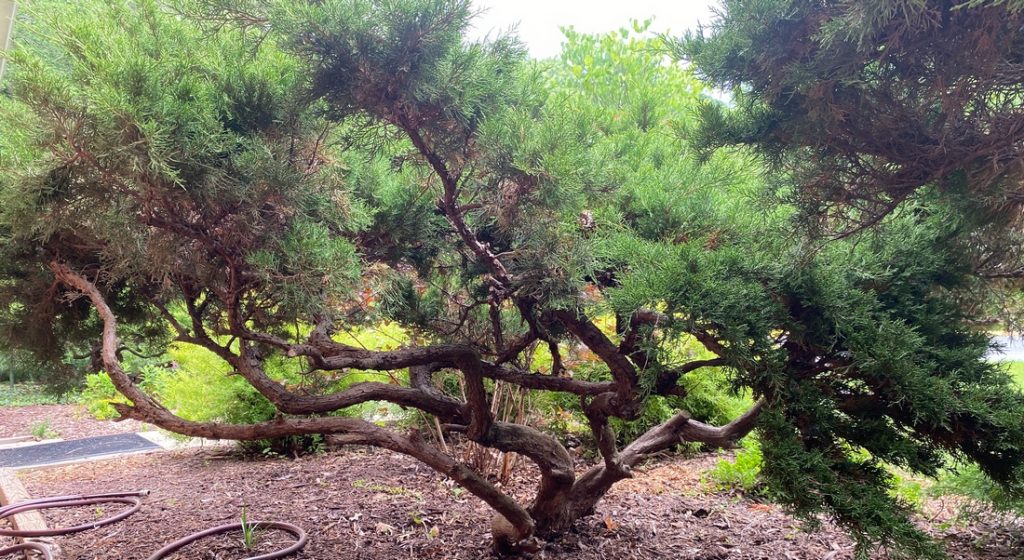 The view above reveals some dead bits still to be removed. It’s been a gradual process over four years. 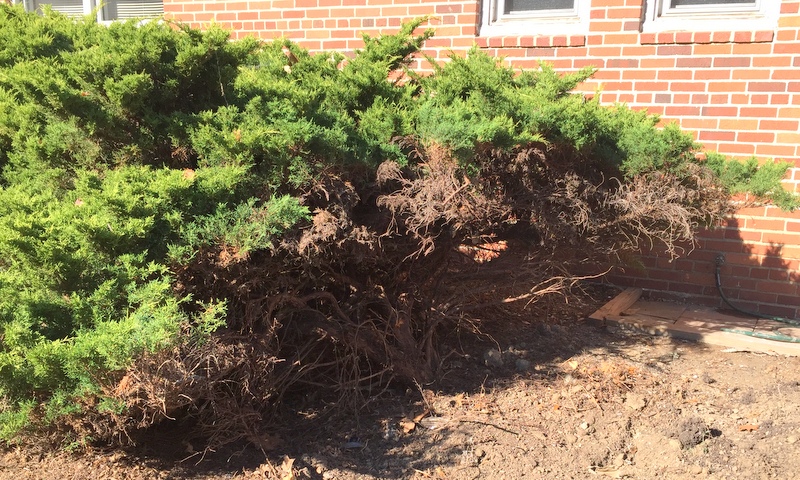 Here’s a reminder of what the Junipers looked like before I began pruning the nine that remained after the three nearest the sidewalks were ripped out by a top-loader (I believe it’s called).  What a thrill it was to see how quickly an otherwise back-breaking job can be done by heavy equipment and someone who knows to use it.