Report from Madison: green as far as the eye can see 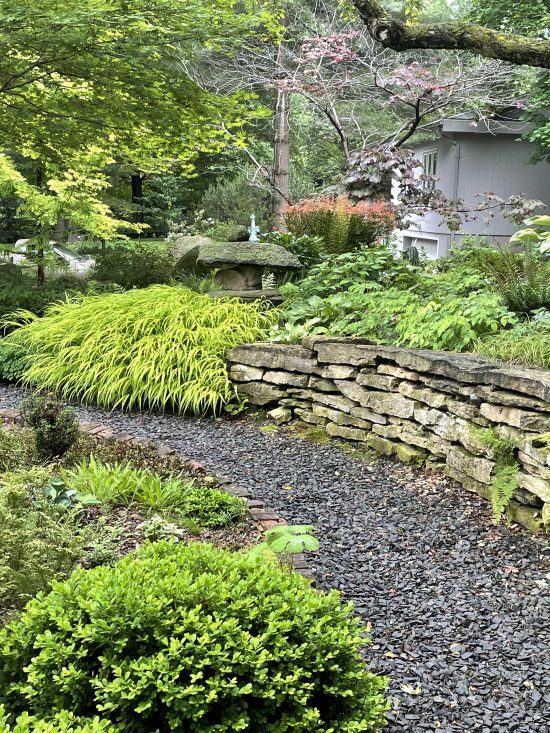 It took a while for me to realize that almost all the gardens we were visiting in and around Madison, Wisconsin, had one feature in common. It finally sunk in as we were admiring the serene – yet striking –  Asian-inspired prospects at the Brazill/Golbach garden Saturday afternoon (above and below). It was then that I remarked to myself: “Self, you’ve been looking at 95% foliage almost everywhere you’ve gone.” 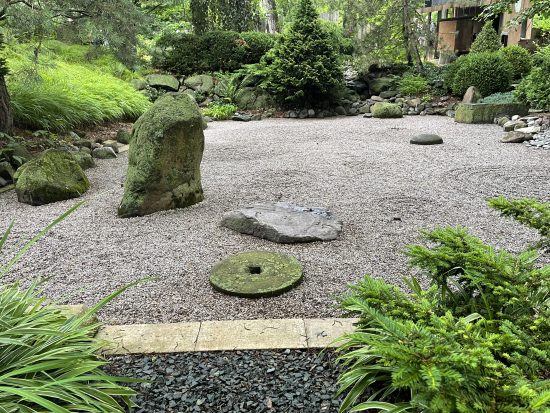 Brazill/Goldbach (this used to be a pond)

“Everywhere” was plenty, BTW. Though the garden tours had just started Friday a.m,, our group of bloggers had visited 11 spots by EOD Saturday. 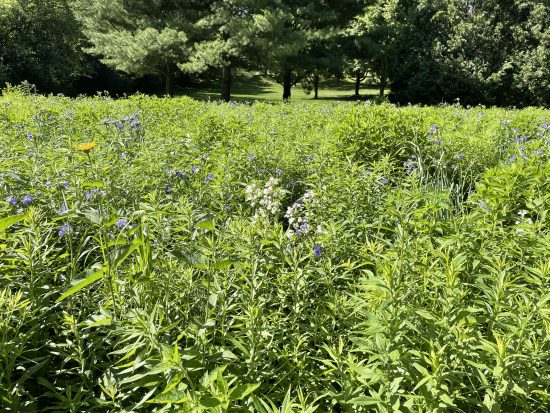 You can leave out the meadows – by then we’d seen 4 or 5 of them – but even they were mostly green stalks topped by smallish blooms and, at this season, many still waiting to bloom. 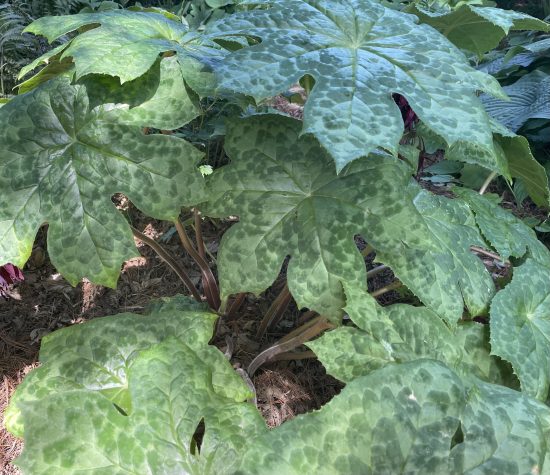 That said, of course everything flowers, but I mainly remember the leaves I saw last weekend. Such leaves. There was a Chinese mayapple (above) at the Rita Thomas garden, which had a lot of woodland plants, many of which I’ve grown or tried to grow. And, sure, I’ve tried mayapples, in spite of warnings about their “aggressiveness.” Ha. I wish. But this Podophyllum pleianthum was much larger, with thicker, textured, subtly marked leaves, and, it must be said, lovely dark red flowers (mostly hidden). 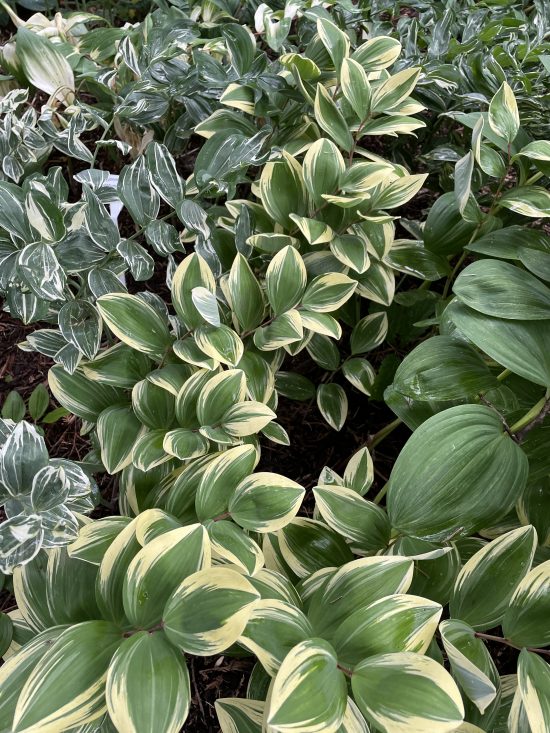 Then there were the Solomon’s seal at the Kuster space, with much more interesting variegations than the ones I have. 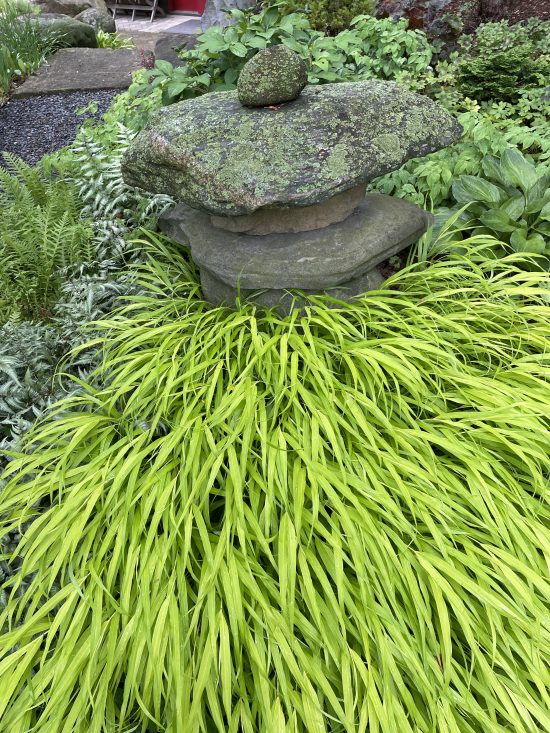 And almost everywhere, huge stands of hakonechloa grass. Not everyone has this kind of success with it. My suspicion is that it would like a little more more sun that the label claims it needs, and likely more moisture. It might not be the savior for dry shade it’s cracked up to be. 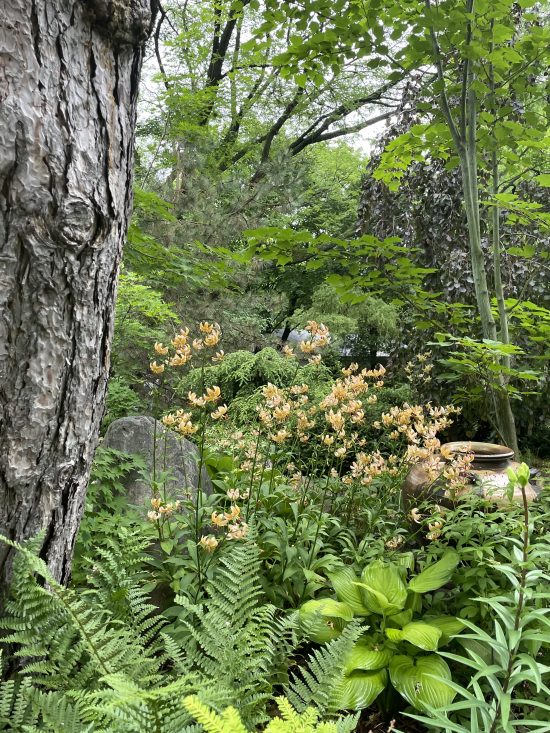 The most distinctive flowers I remember seeing were Martagon lilies, which are very popular here – and no signs of the vicious beetle. Everyone had the hybrids; I saw none of the pink species. In my garden, I have also found that the hybrids are more persistent.

This trip to Madison was an affirmation for all of us who garden in shade and who have learned to value foliage and texture over bloom – which is something many gardeners come to do, regardless of the exposure they have.

It’s a yearly excursion taken by garden bloggers and the first such trip we’ve had since 2019. Next year, Longwood is hosting. That should be a good one.