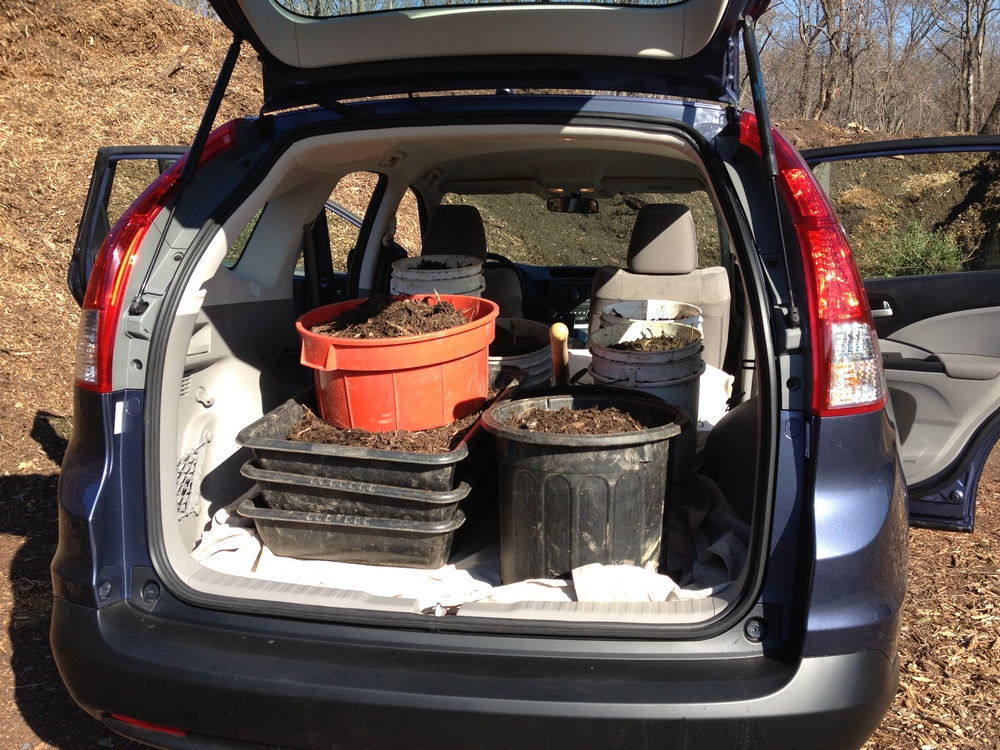 I SO agree with Elizabeth’s “Ode to Mulch,” especially this quote from an expert: “Mulch contributes to weed control by blocking the light that some unwanted species need to germinate. It also forms a barrier that prevents weed seeds from getting a foothold.”

There are still more benefits of mulch but let’s stop right there because you know what else has these important weed-prevention qualities? Some groundcovers! Not all – by far – but there ARE groundcovers that will prevent weeds quite effectively, once they’ve filled in.  Imagine – no more weeds and no more mulching, either!

One well-known proponent of groundcovers instead of mulch is Thomas Rainer, who’s even ranted about this country’s “Mulch Addiction.”

Our use of mulch is so ubiquitous and so frequent, it is easy to forget how unusual this habit is. Traveling through Europe or Asia, however, the contrast is clear. In most other countries, it is the plants themselves that occupy the most space; here, however, mulch is often even more visually dominant than the plants themselves. 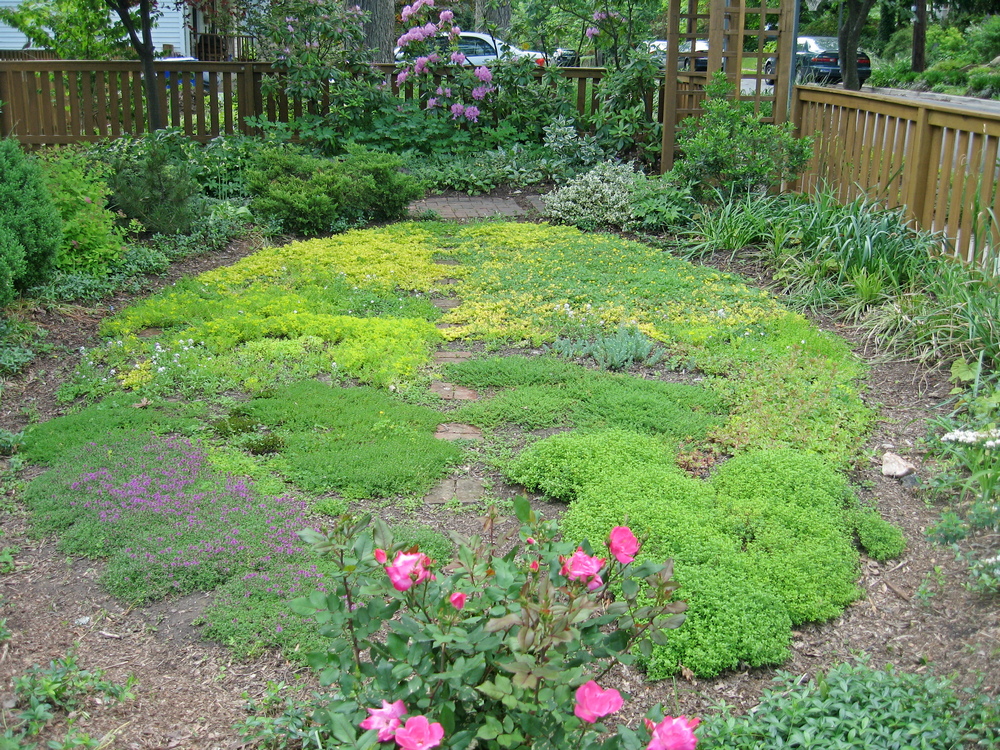 So if you agree and want to transition to groundcovers, which ones will do the job? It’s site- and climate-dependent, as always, but some plants are strong contenders, based on my experiments in using them to replace lawn.

For example, I tried a bunch of very low, walkable-type groundcovers in my former front yard, above, and the weed-suppression results were all over the place. I concluded that, with time, some of them may have been thick and tall enough to out-compete weeds – if I’d bought a lot more of them.  And budget is always a factor. 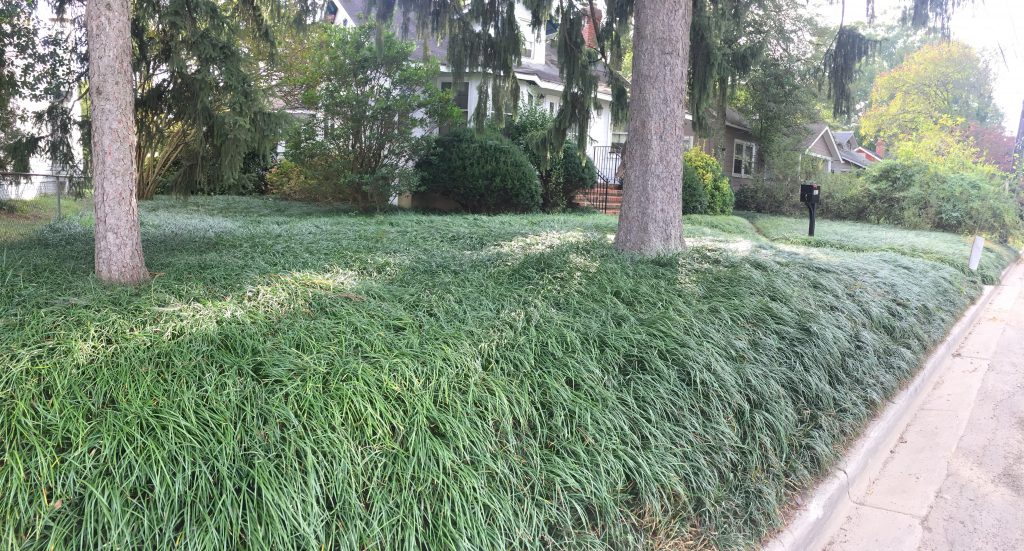 But here’s a definite winner in the weed-suppression sweepstakes – the much-maligned Liriope spicata! Nobody loves it, but this homeowner has achieved an evergreen front yard that’s close to maintenance-free. Just raking if there are trees nearby, and where if it borders other plants, runners need to be removed.  To me that beats mowing, and nothing needs to be applied, not even water in a periods of drought.

At the entrance to Greenbelt Homes, Inc.

Here’s another one – groundcover Comfrey. Like Liriope, it loves shade and can handle sun, too. It’s also thick and tall enough that no weed seeds get the chance to germinate. And so gorgeous. Even in winter, it covers the ground – though not as beautifully as right now.  It fills in quickly, and bees love it! 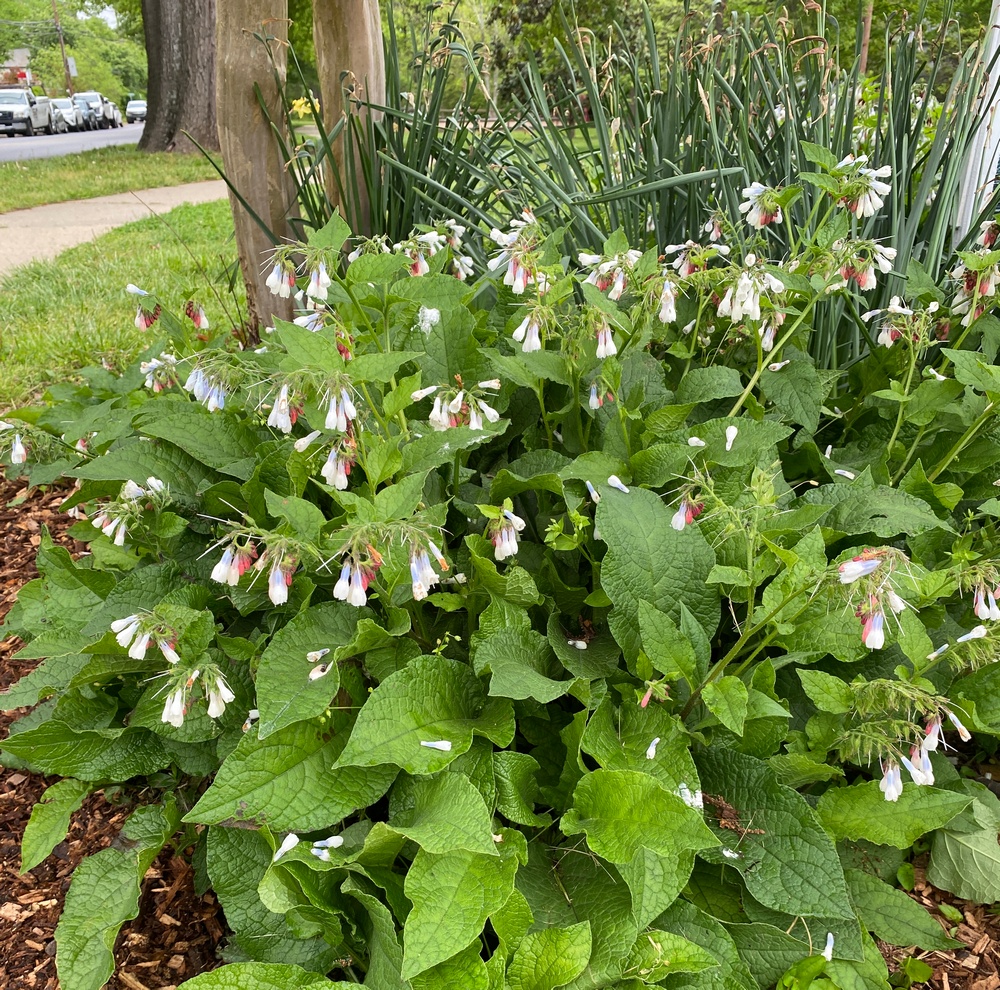 To me that’s one lovely plant. 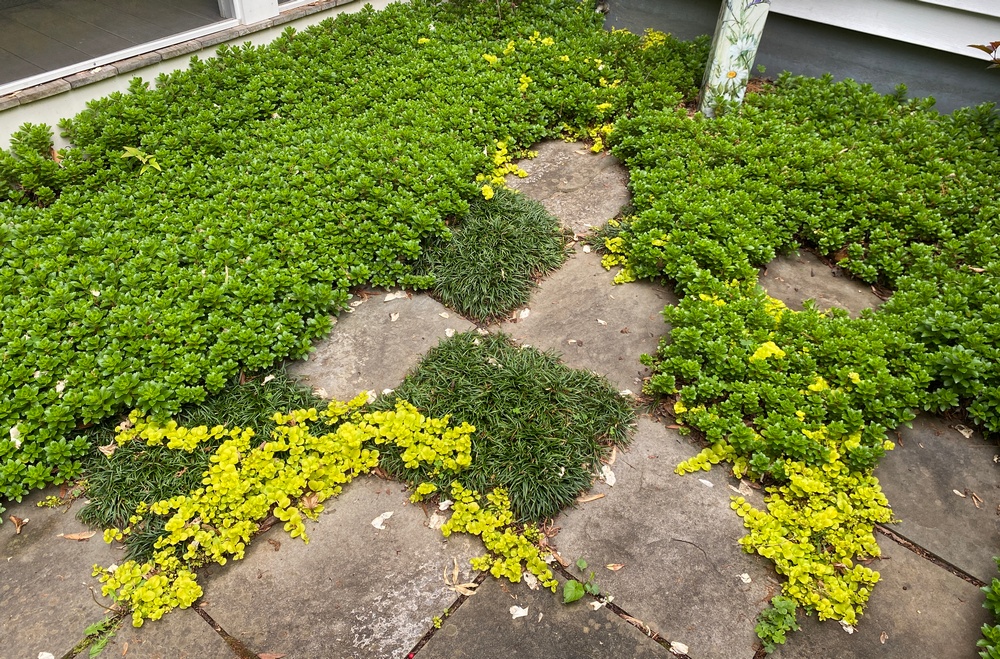 Here are a couple more groundcovers that suppress weeds, though with a bit more work involved. Without my intervention, the Sedum takesimense would overpower and eventually kill the Mondo Grass – which, by the way, has taken 10 full years to finally fill in!  (I hear there’s one cultivar that fills in quickly but clearly that’s not what I bought.) I also have to keep the Creeping Jenny in check. This is my back-yard nook.

In my townhouse front yard in Old Greenbelt, Md.

For sunny spots, ‘Goldstrum’ Rudbeckia is dense enough to prevent weeds, but is so thuggish it’ll overpower most neighboring perennials.

That’s the thing about successful groundcovers – they get called bad names when they spread and encroach on other plants. We LOVE them for filling in quickly but when they start going where we don’t want them we have to keep in check.

What Else? Any Testimonials?

I’m leery of lists of recommended groundcovers, so often written by people who haven’t grown them over several seasons and can’t produce photos to prove their claims, but please, tell us if you’ve grown any that truly, really, honestly prevent weeds.

Wait! Gardeners Prefer Nuking Weeds to Pulling and Preventing Them?

I know Elizabeth is connected by Facebook groups with thousands of gardeners in Western NY and probably beyond, so she knows whereof she writes when she reports that:

I rarely hear gardeners talking about mulch to control weeds, at least not around here. They’re mixing soap with vinegar, they’re pouring boiling water, they’re laying down cardboard and tarp. They’re not pulling and mulching. I have been doing that for years and have seen significant weed reduction.

Gardeners of Western New York, just stop! Smell the mulch! Get yourself a good weeding tool and just do it. Then if you live long enough – weeding and mulching regularly – you might have a weed-free garden like my friend Melissa. She’s weeded and mulch her townhouse garden for over 30 years and now says it’s weed-free. When fresh weed seeds arrive by air they find no bare ground in her garden to start a new life.