The Most Beautiful Place in the World in April and May? 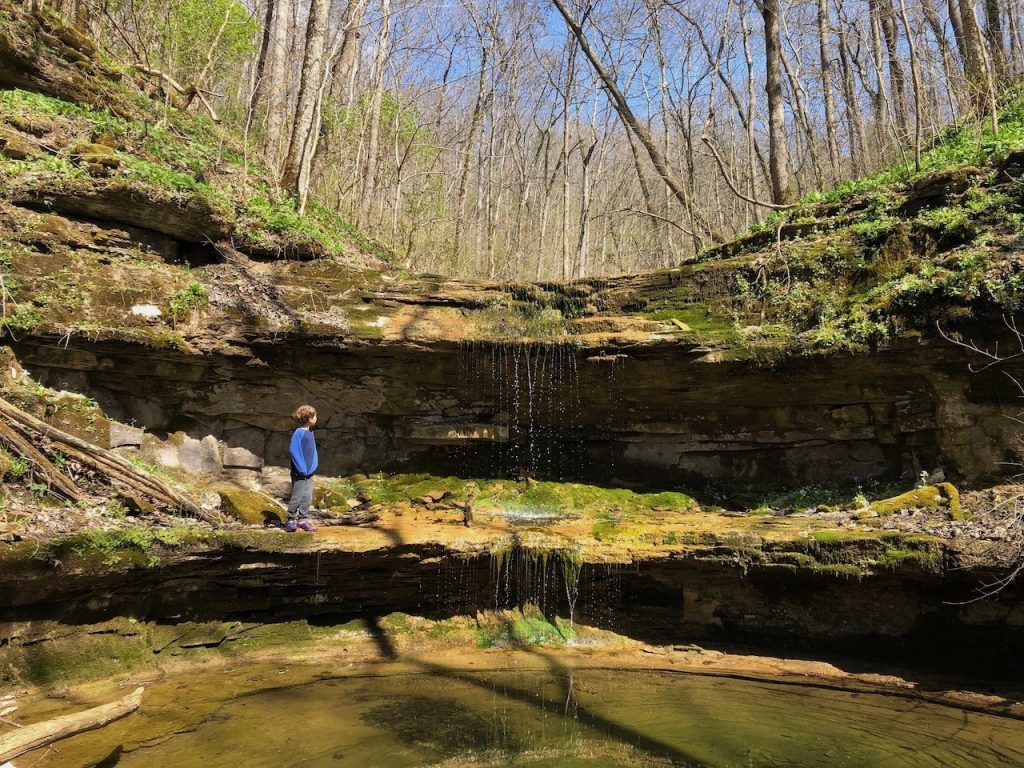 I have many favorite places but will recuse myself on the question of the most beautiful. I am biased by Kentucky’s natural beauty in April and May. It is what I know, though this is pretense. There is so much more waiting to surprise, and inform, me in fields and woods I have walked before. Blame my love of place on scrawny woods, overflowing with wonder at the end of a Louisville suburban street, named pastorally: Country Lane. (Confession: I was hotwired on Country Lane to stand my ground and love nature anywhere.) I was a happy child poking around my small patch of country-like wilderness. I have filled my life with nature and gardens ever since. 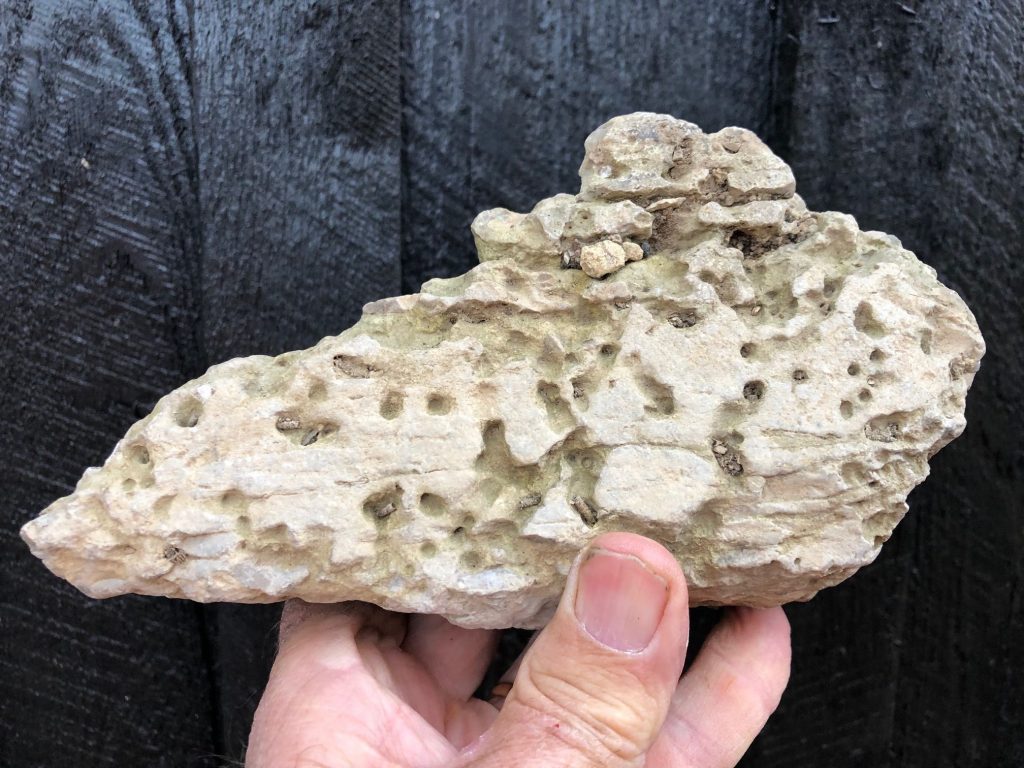 Never in my wildest dreams could I imagine I would one day see the desert larkspur, Delphinium parishii, growing in the shade of a tumbleweed in Death Valley. (It was 101 F nearby in early April 2014.) Desert blooms, especially on a delphinium, seem like a dream today. 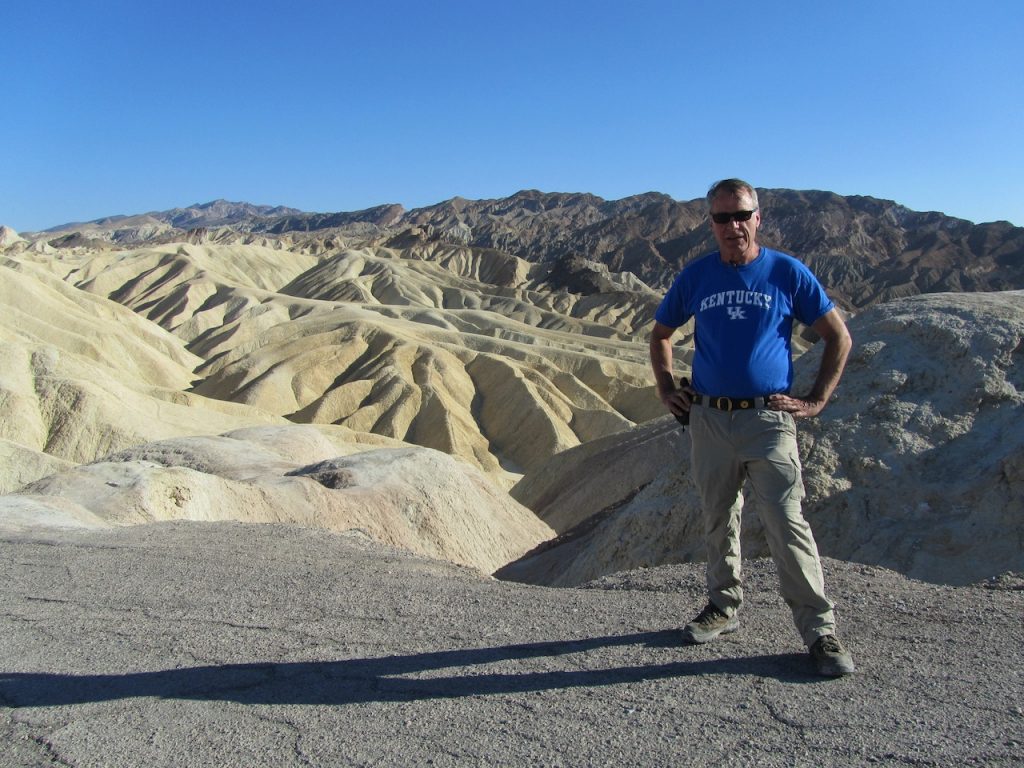 So does the prairie larkspur, Delphinium carolinianum ssp. virescens, growing in rocky soils in the Kansas Flint Hills in late May 1997. Georg Uebelhart, no wayfaring stranger to nature, or gardens, has been with me on many plant-hunting trips. My friend, and former boss, is the Managing Director of Jelitto Perennial Seeds. Georg was interviewed by a Wichita, Kansas, television station after they heard someone Swiss-born was roaming remnant prairies, miles from the nearest Stuckey’s. Kansans seemed surprised. “You like it out here?”

Georg answered emphatically, “Yes, I do.” This became nightly news across south-central Kansas. 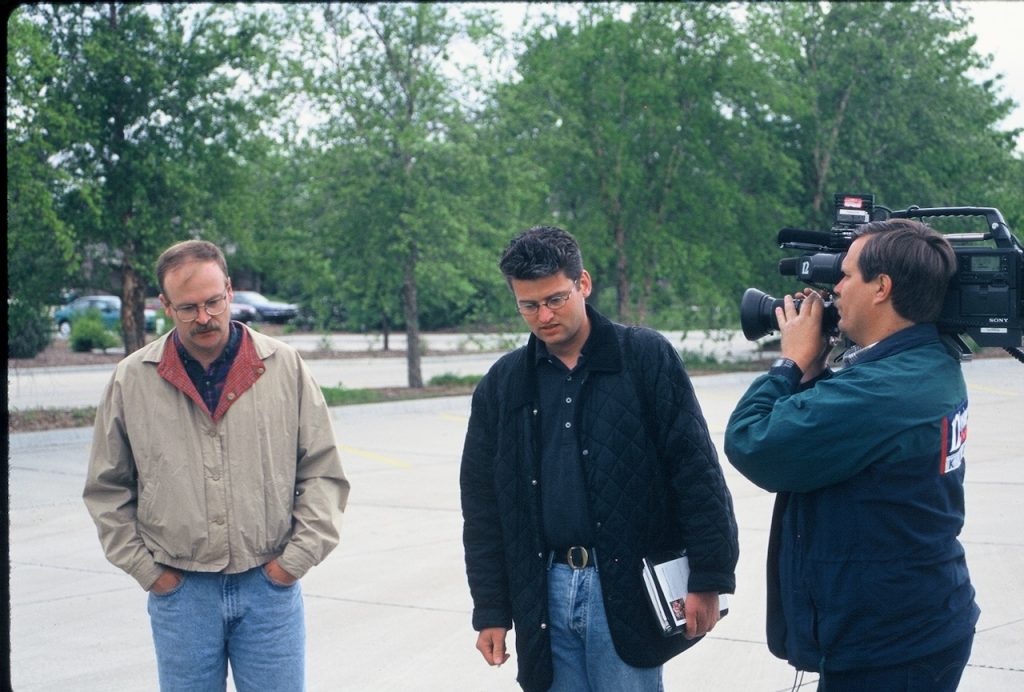 Top of the Kansas news in late May 1997. (L-R) Larry Vickerman and Georg Uebelhart.

I will reaffirm my love for Kentucky’s vernal vernacular with every dwarf larkspur,  Delphinium tricorne, I chance upon these next few weeks. 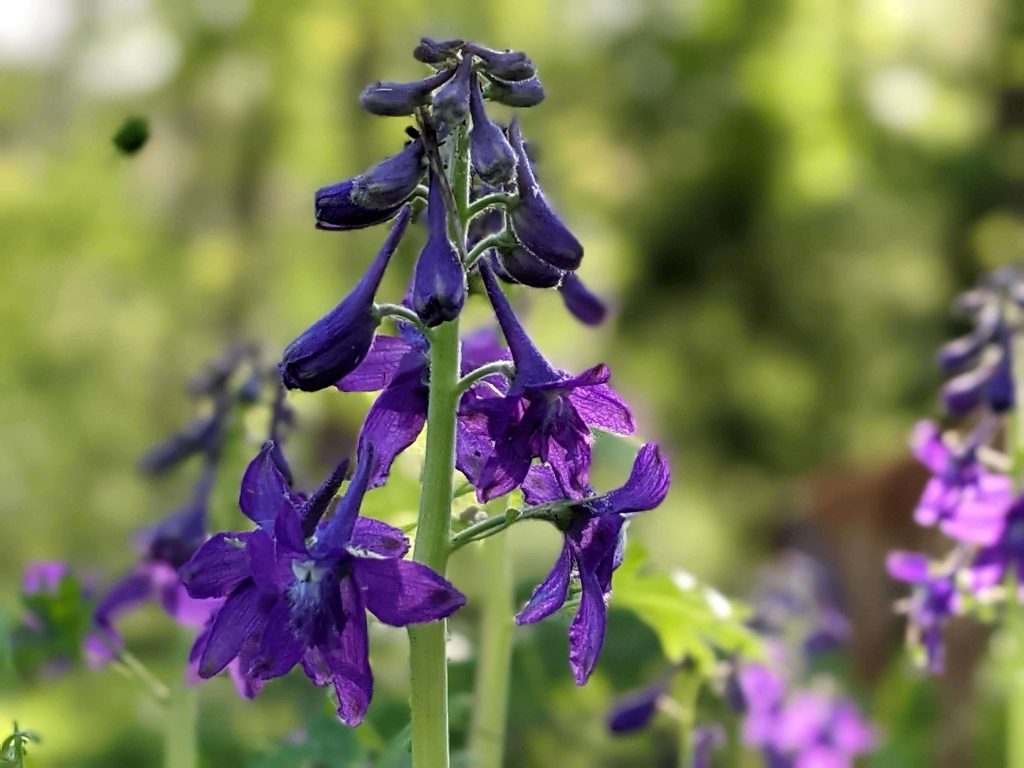