The Purest of Human Pleasures? From Eton to Paradise.

Robin Lane Fox, classical scholar, gardener, equestrian and journalist, has been near the front of the cavalry charge of garden writers in Great Britain for over 50 years. In a film, he even rode near the lead when Alexander the Great defeated Darius in Persia. No other living garden writer compares. I recently enjoyed a brilliant, virtual lecture he presented called “The Purest of Human Pleasures? From Eton to Paradise.” 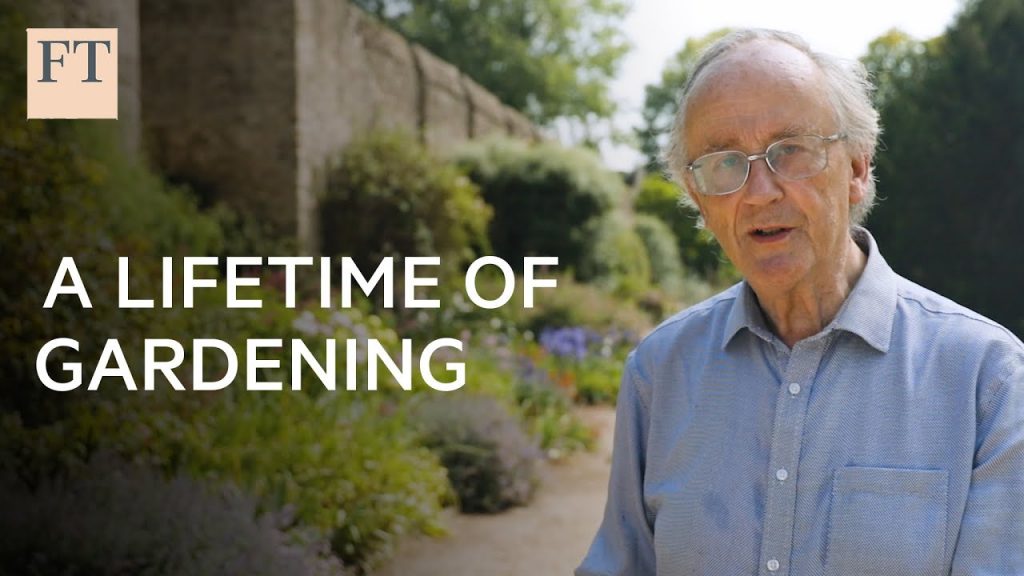 I have, through two friends, slight familiarity with Fox, and have become an admirer. I draw a blank when I try to imagine anyone living who writes or speaks so eloquently on gardening. Lois Mateus, my friend and neighbor in Salvisa, KY, subscribes to the Weekend Edition of the Financial Times. She saves Fox’s weekly columns for me. Peter Morrin, my friend and former Director of Louisville’s Speed Museum, attended Eton, in Great Britain, on a year abroad, and was reacquainted with Fox at a 50-year Eton reunion. Peter shared a Vimeo link to the 12th annual Old Etonian Association lecture. “But don’t hold it against Eton,” Morrin said.

And I won’t. The old boy’s lecture was magnificent, the storytelling superb, and Fox’s voice is that of a gifted narrator. I can recall only two garden-related lectures as interesting, and I have heard many. Beth Chatto’s and James Duke’s lectures come to mind as similarly memorable. In 1978, Chatto, author and nurserywoman, spoke casually to the Kew Mutual Improvement Society. She pulled up cut flowers from behind the lectern that she’d collected in Kew’s herbaceous Order Beds earlier in the day. As stems were drawn from a bucket, one at a time, Chatto introduced each flower, describing its virtues, while subtly arranging a large vase as she proceeded. It took a while before the audience caught hold of Chatto’s magic in the making. The floral arrangement was stunning.

I heard the USDA botanist James Duke speak at Wave Hill in the 1990s and will never forget his lecture loaded with details about valuable pharmaceutical plant alkaloids, a topic you might imagine to be mind-numbing. Not only did Duke bring the subject to life, but he also paused a few times, brought out an old guitar and sang his own country songs, including “Ginseng,” a Duke original. I don’t know anyone else so plant-obsessed who played bass, as a teenaged backing musician, at the Grand Ole Opry. No one could call James Duke elitist. 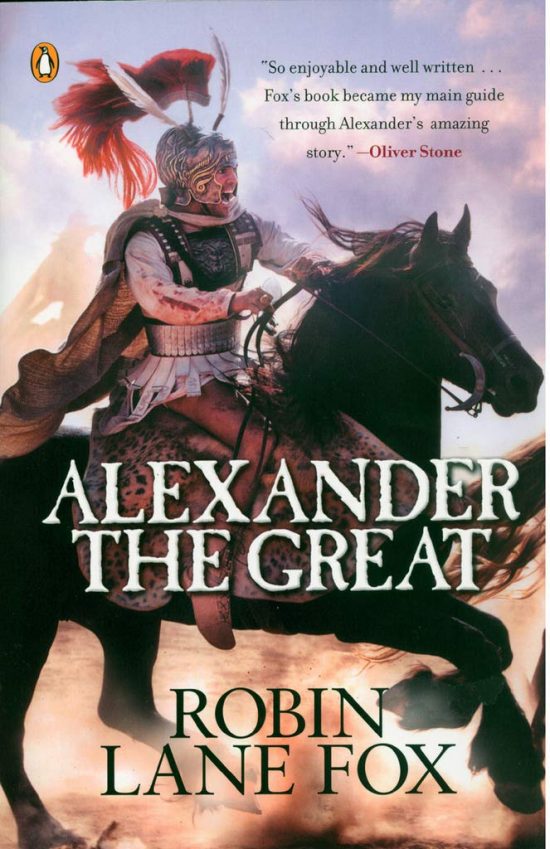 Eton College is an easy elitist target. The all-male boarding school boasts 20 previous prime ministers as graduates, but my friend Peter Morrin deeply loved his year abroad there. Fox, in his his far-reaching lecture, gives the school enormous credit for nurturing his gardening curiosity. He’d arrived at Eton, already curious about alpine plants but kept this quiet for fear of being seen as a bit of an odd one. Eventually, his interest in gardening surfaced. A professor shared a piece of the sweetly scented Iris graminea that smells like a sun-ripened greengage plum. He also discovered Vita Sackville-West’s writing in the nearby public library.

Eton’s rigorous academic curriculum allowed Fox a little leeway. Students could “choose subjects off of the syllabus.” One professor suggested History of Art. Fox negotiated and was gifted the “History of Landscape Gardens in England with Interpretations of Landscape Painting.” He was introduced to Repton, Capability Brown, Gertrude Jekyll and Lutyens. “Everybody,” Fox said.

“How lucky I was. What other school would have done that…I met the right person, who with the characteristic mixture of authority, insight and bombast would push me forward.” 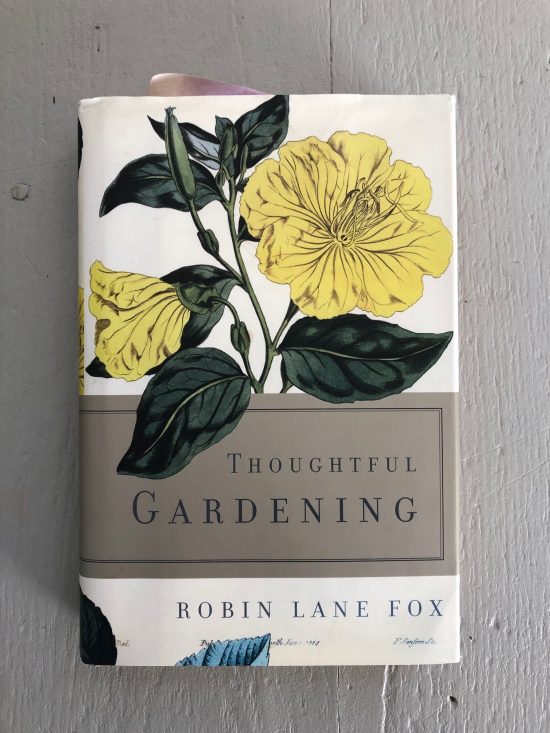 And while great gardens are often thought of as the dominion of the elite, Fox argued, you needn’t be rich to garden. “This is absolute tiffle,” Fox said. “Seeds, wherever they come from are absolutely not class-based…Gardens become acts of art through love.”

Fox’s career in journalism also began at Eton when he was selected as editor of the Eton College Chronicles. “I found I loved it and liked deadlines,” he said. And for over 50 years he has delivered his Financial Times weekly garden column—on time. He is the longest running gardening columnist in the world. 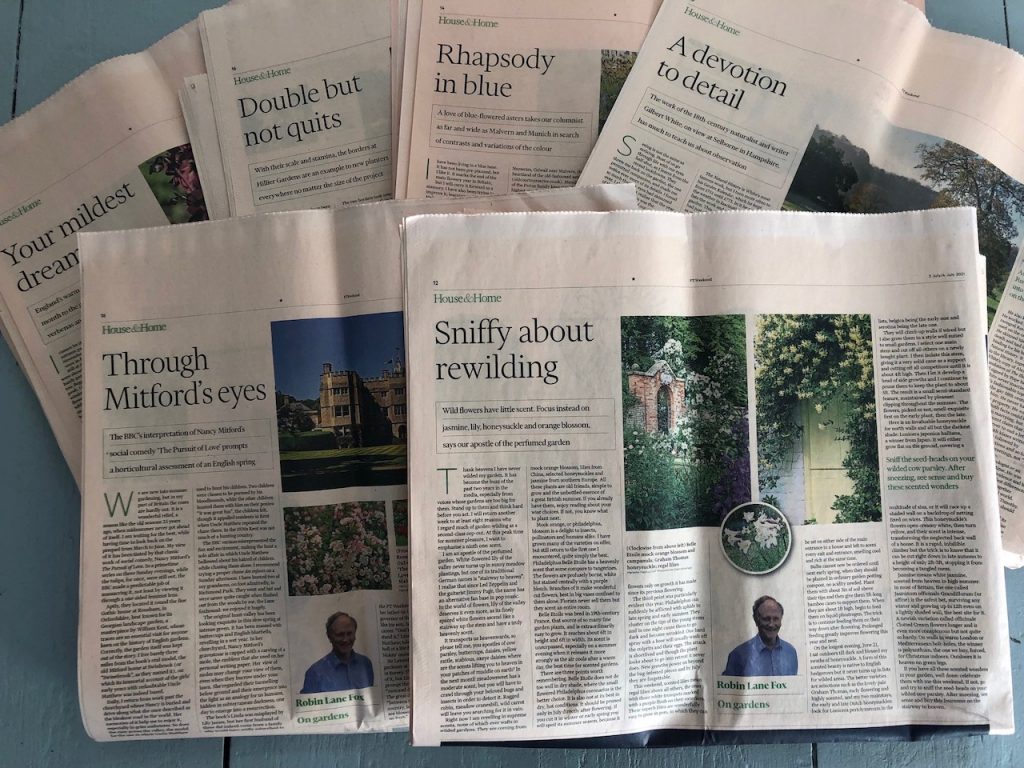 In addition to his garden column, Robin Lane Fox is a well-known ancient historian and Emeritus Professor at Oxford. The film director Oliver Stone hired Fox as a movie advisor for his 2004 movie about the youthful, handsome, brilliant, courageous “begotten son of Zeus.” Colin Farrell and Angelina Jolie starred in “Alexander the Great.” Robin Lane Fox, devoted equestrian that he is, made the movie credits. He bargained with Oliver Stone for a “non-negotiable reward” so that he could appear as a prominent cavalryman on the right flank as Alexander steered his troops toward Darius in the successful conquest of Persia.

Fox came on in a taped video and said he hoped Christo was “…being punished in heaven while being forced to weed all day in the heavenly rose garden after writing so often about your joy of pulling your mother’s beautiful roses out of the Great Dixter rose garden.” But Fox knew, as well as Fergus, that Christo never stood still. Swapping out roses with “blazing colors”—the “vulgar and bad”—would, be an exciting, new adventure, cannon fodder for the hidebound. Christo didn’t blink an eye. He welcomed a good skirmish.

Christopher Lloyd’s “The Well-Tempered Garden,” first published in 1970, was described by Fergus as one of the “top ten gardening books—ask anyone—an iconic, wonderful, extraordinary book.” He also described Christo as a fearless gardener who didn’t mind thumbing his nose at color theory by mixing pinks and yellows. Horrors? Christo could see hints of green in a yellow-blooming kniphofia that blended magnificently with a pink blooming hydrangea. The combination was better, Fergus suggested, if you mixed in teasel to add shape and texture. “Christo was an observant, great teacher…His style and energy are still here” Fergus said. Fergus is Christo’s doppelganger when it comes to courage, style and energy. 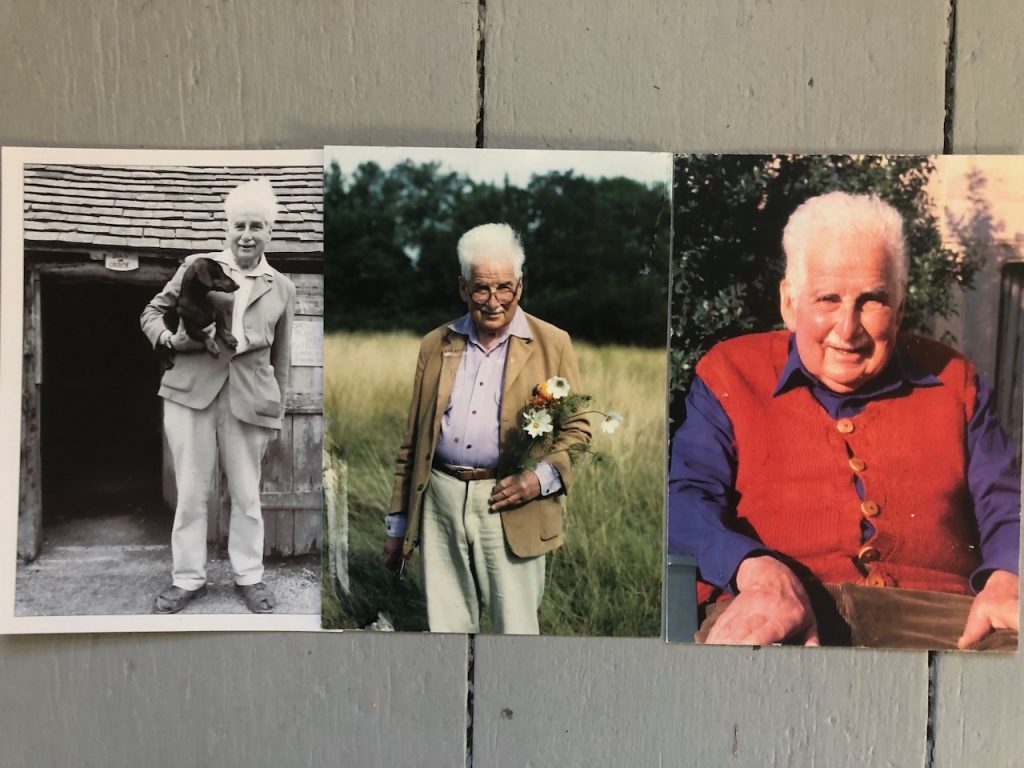 Fox caught a few of Christo’s barbs over the years. “The skirmish that only he (Christo) sustained fastened at random on my approval of a low-growing, annual carpeting plant called creeping crosswort Phuopis stylosa. Christopher protested in his Country Life article for the following week that I had never even mentioned that it smelt of foxes but that he was not surprised as I was only a university lecturer at Oxford and had no idea what a fox smelt like. It was a badly aimed shot because my life has been divided between gardening and fox hunting, and I have scented many more of the furry adversaries than Christopher had seen in a picture book. A truce was called and ten years later I accepted his generous invitation to Dixter.”

I figured if anyone in my small orbit had followed Robin Lane Fox for long, it would be Garden Rant’s Anne Wareham. Anne and her husband, garden photographer Charles Hawes, have devoted 33 years to Veddw Garden “with much hard labour.” Anne is an author provocateur. By her own admission, “I have made myself thoroughly unpopular amongst my colleagues in the process— British gardens are popularly believed to be above criticism.”

I asked what Anne thought about Robin Lane Fox. I was surprised. I imagined she might fire back and say he doesn’t know his arse from a foxhole. Instead, she said, “He was my hero. I used to read his pieces every week in the Financial Times. I longed every week in summer for him to visit the Veddw. He’s only 90 miles away. I’ve stopped wondering and hoping…”

Fox is still looking for paradise. It wasn’t Eden, of course. While the Christian martyrs waited in prison, they had visions of a cypress tree, thick rose petals and fruit trees ripening all at once. No one at Eton was without sin, but Fox imagines when he meets St. Peter, he’ll be granted a special skilled visa. “Someone has to clean up the petals,” he said.

Perhaps the time has come for Robin Lane Fox to saddle up this summer for a visit to the Veddw Garden.

Robin Lane Fox may not find paradise, but my guess is Anne Wareham would be very happy if he wishes to clean up the petals at Veddw.