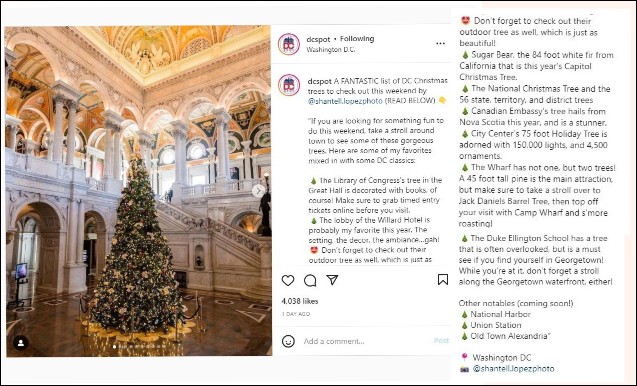 Perusing Instagram, I came across this post touting a “FANTASTIC list of DC Christmas trees to check out,” so of course I set out to do just that.

On a mild, sunny December 26 I drove into the city with my bike, as cycling has become my favorite way to get around there.  Here are the trees I saw, starting with the least familiar, just because.

The Wharf is DC’s hottest new development, finally making the Potomac waterfront as lively as it should be.  Here’s a pano view that includes one of its two large trees. 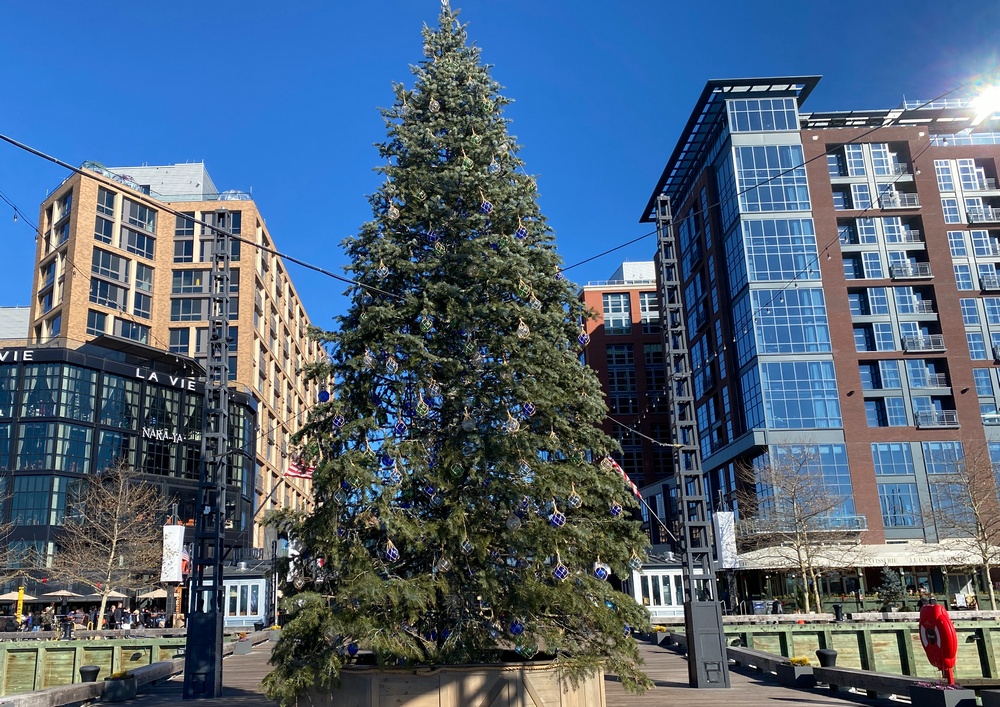 And a closer look at the tree. See it at night in this link. 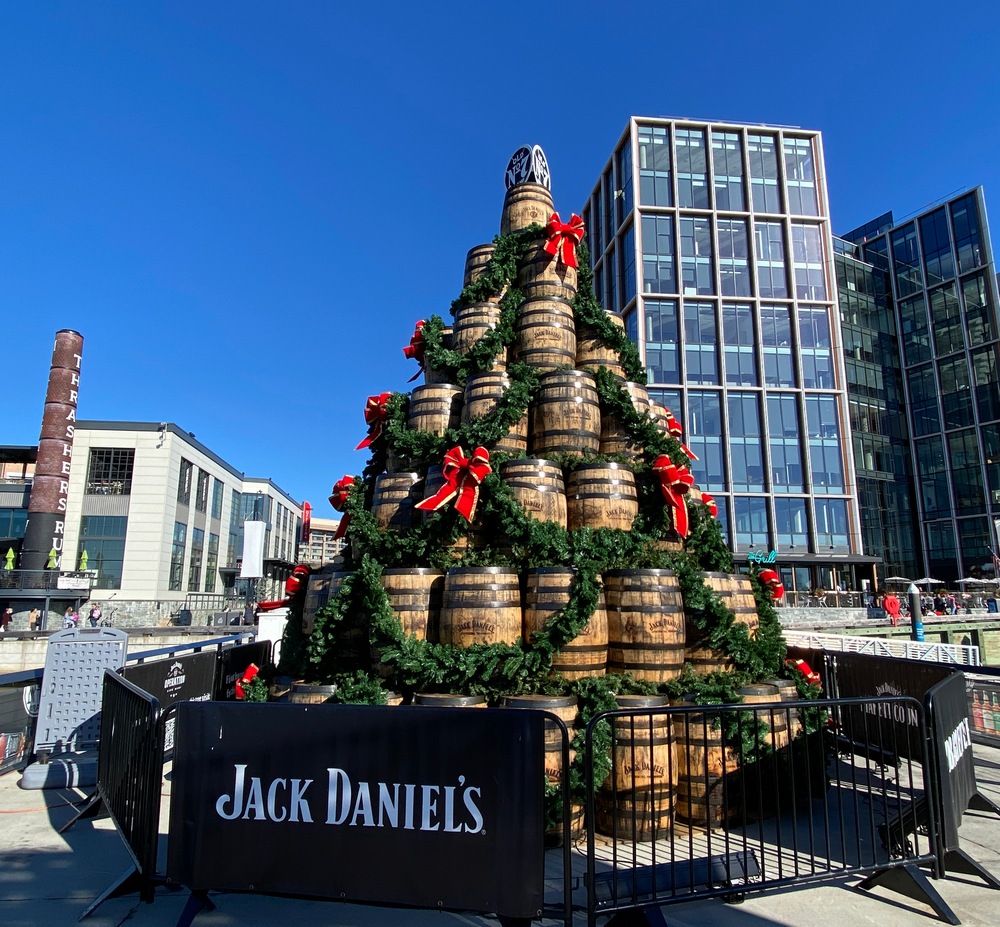 The other tree at the Wharf promotes drinking and I suppose I should disapprove, but it was my mother’s favorite drink, with all the memories that brings up. They overpowered any reaction I might have to ‘old Jack Daniels.

And come on.  Objectively those barrels are lovely, and not overly dolled-up! 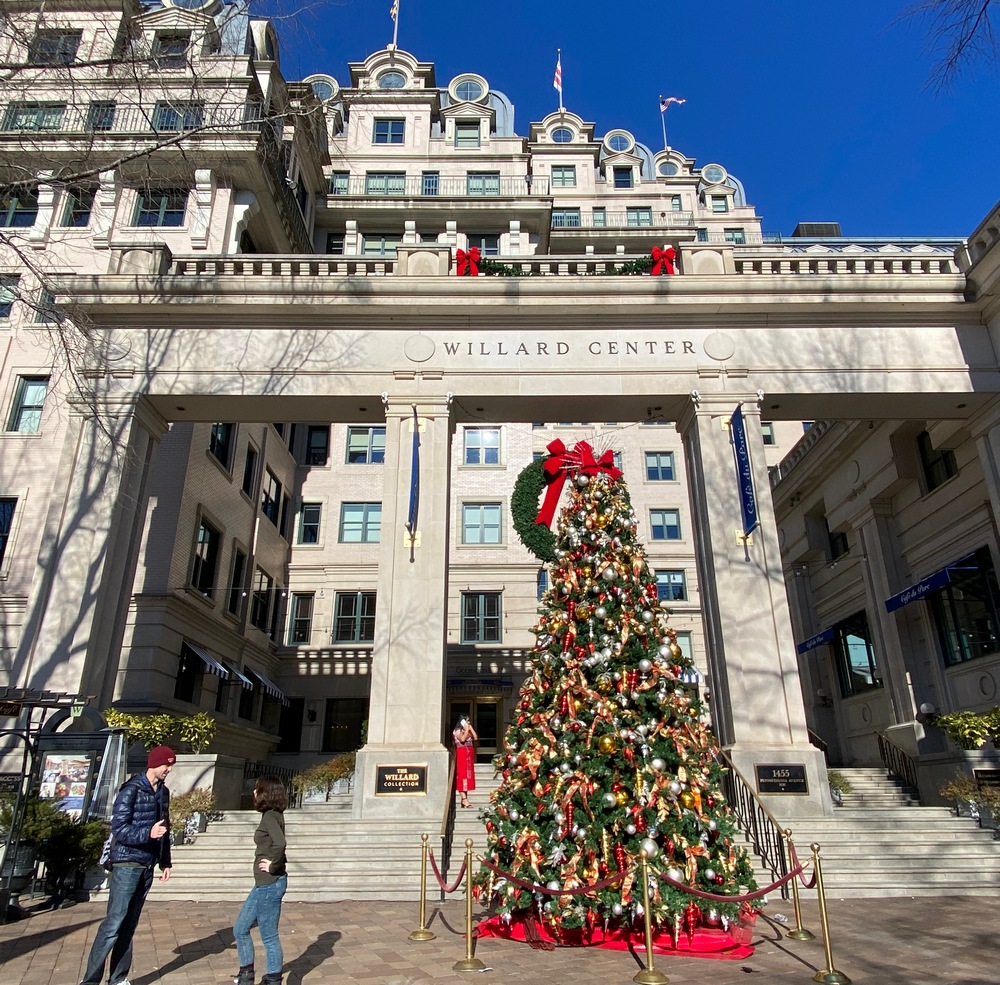 The Willard Hotel, about a block from the White House, is suddenly in the news as the “command center” for the January 6 insurrection plotters. I’ve already seen the term “Willardgate” creeping into the coverage. 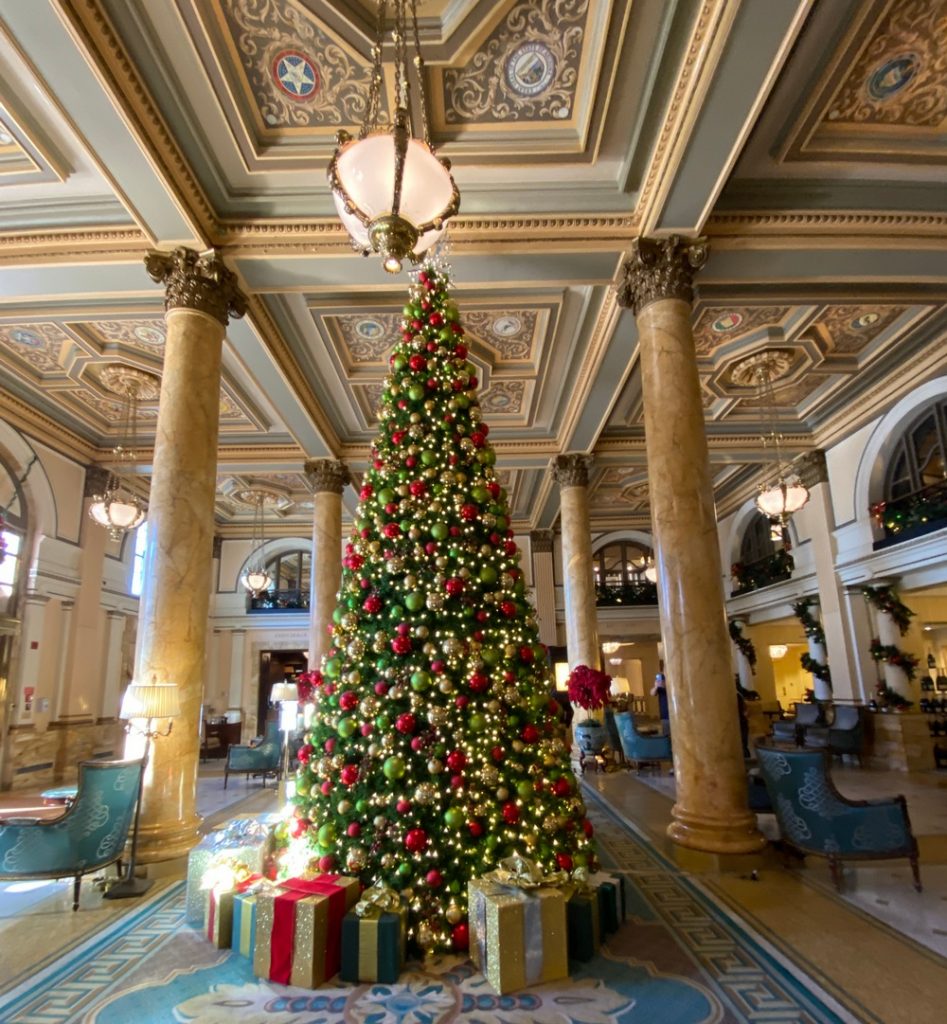 One more large tree in the lobby. The Willard is stunning, inside and out. 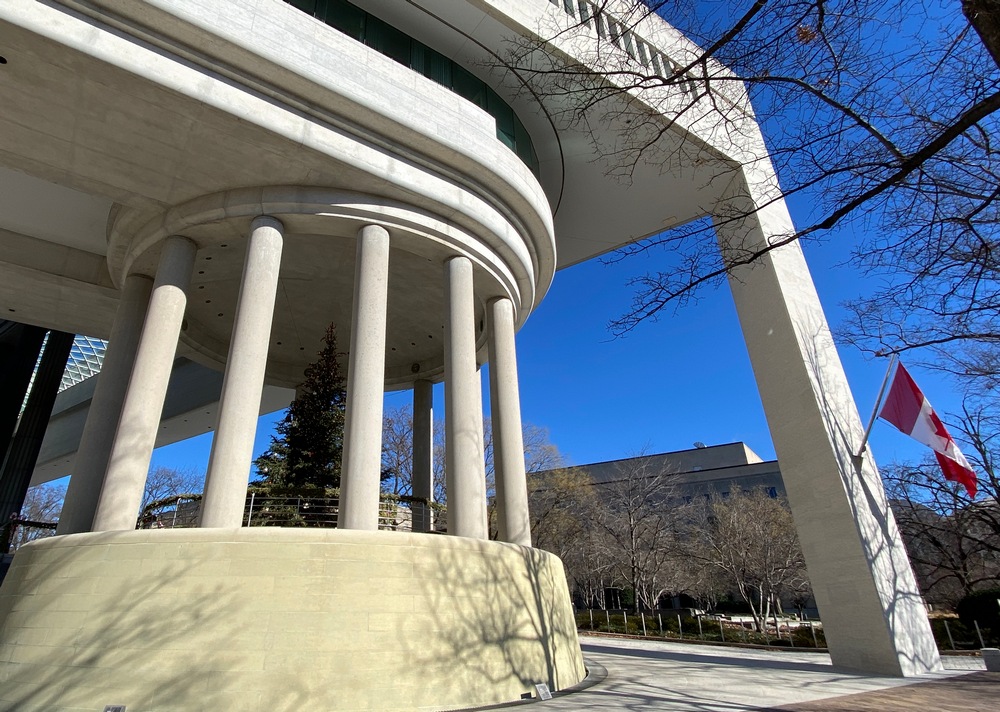 Shown above, the Canadian Embassy on Pennsylvania Avenue opened in the ’80s and I’ve hated it ever since.  This architectural site calls it “much acclaimed,” so what do I know? 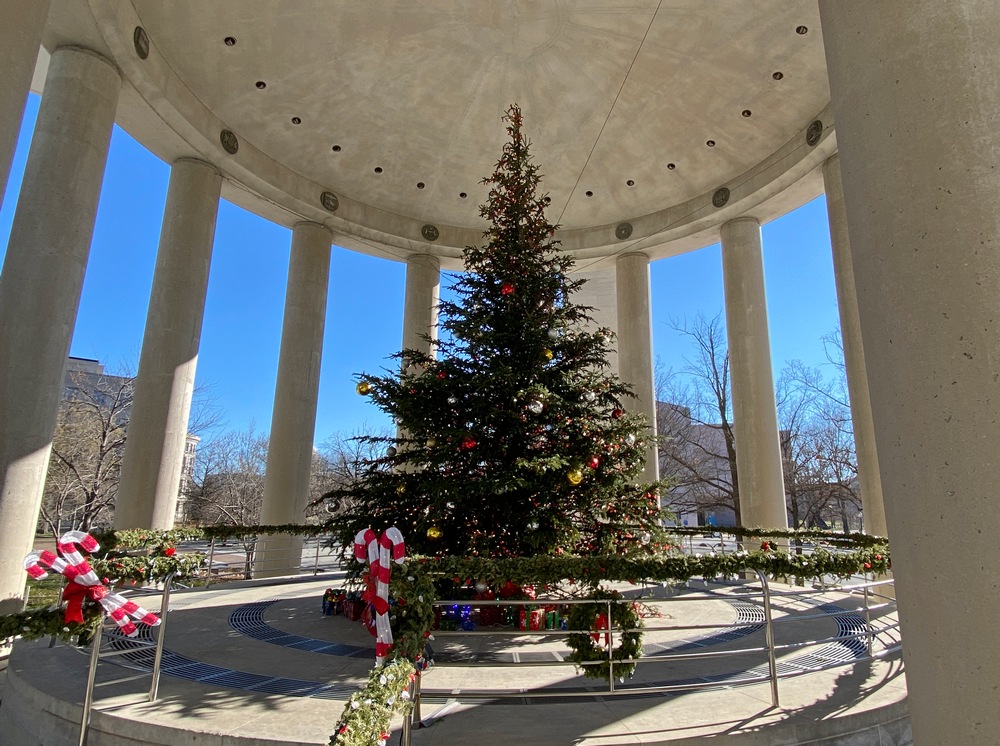 I DO like their tree, which was shipped here from Nova Scotia. 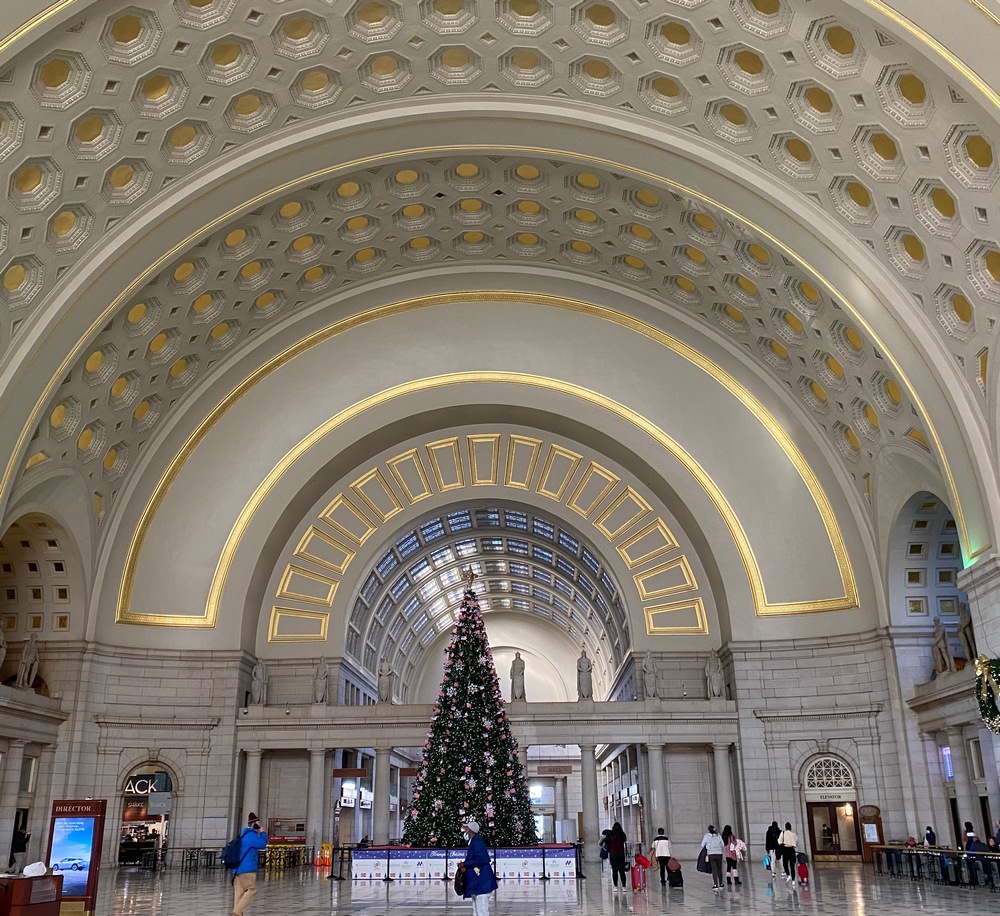 Daniel Burnham’s Union Station is one of my favorite buildings in town, and here the critics and I are in agreement. 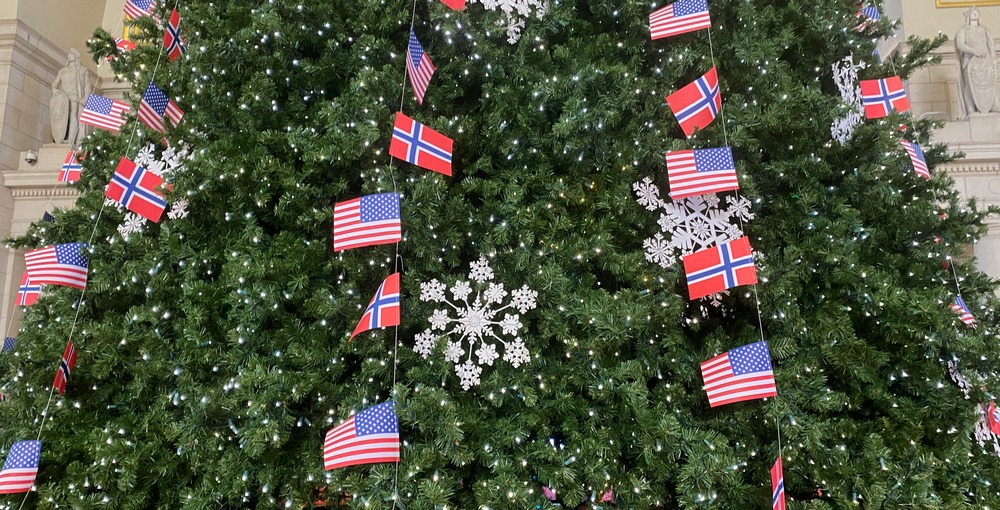 Close-up of the Union Station tree, which a sign describes as “Norwegian Christmas at Union Station.” That explains the other flag. 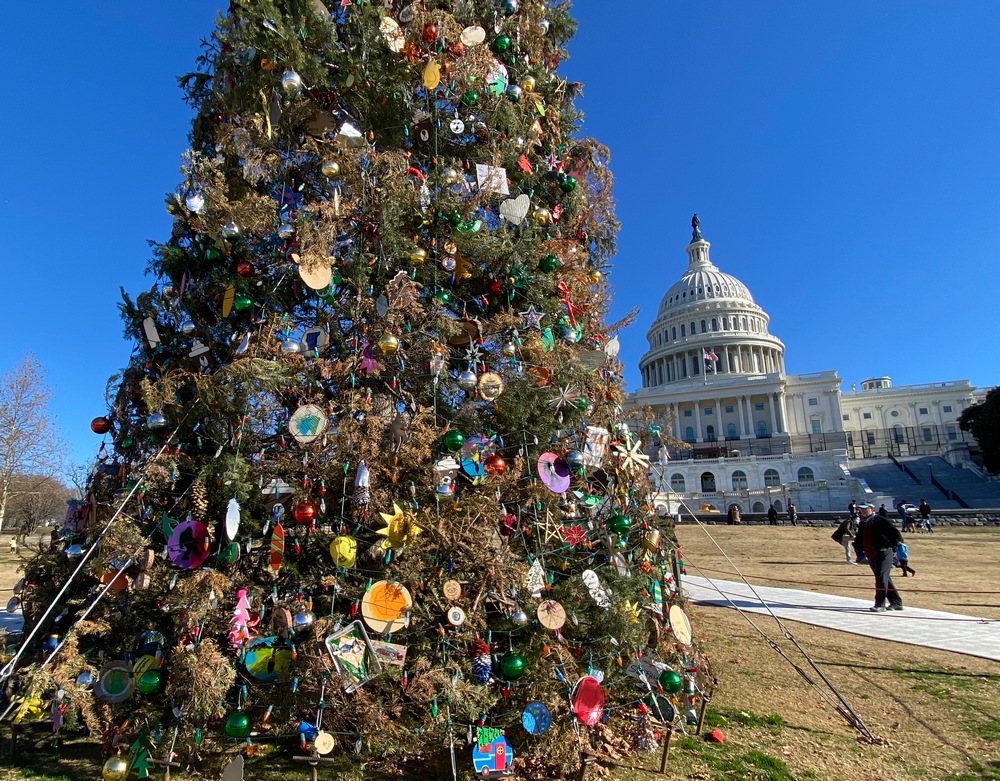 The Capitol Christmas Tree is always popular with visitors and locals, too. See it lit up here. 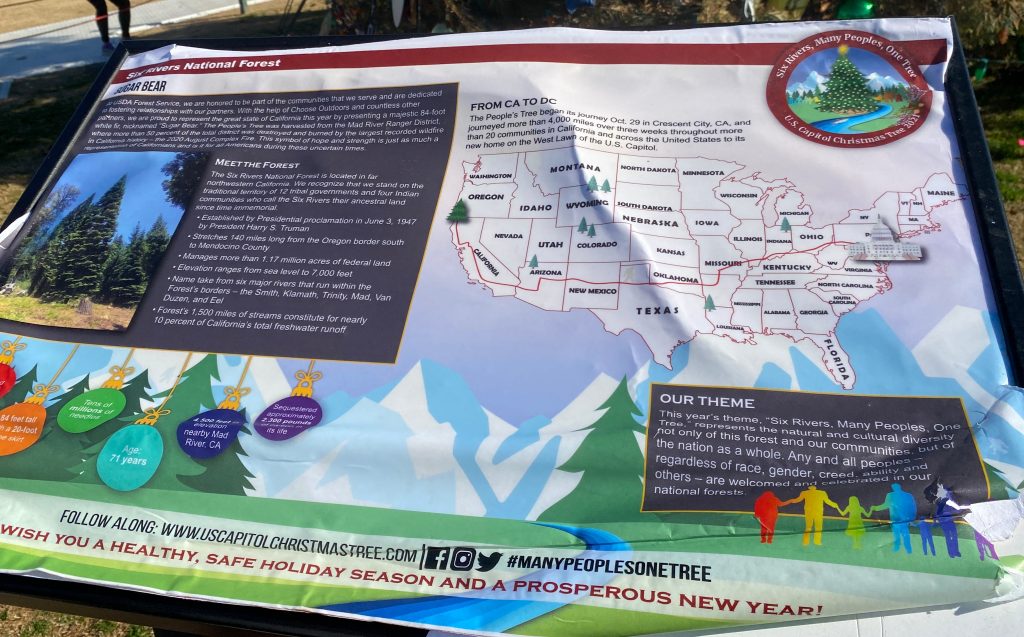 Year after year this is my favorite DC tree because it always has a story to tell, as seen in this badly weathered sign and better, online.  This year the tree is a white fir from the Six Rivers National Forest in California and has a name – Sugar Bear.

Like in 2020, the tree was selected virtually due to the pandemic, using drone footage, photos, and detailed notes and measurements. During its long journey by truck, it stopped in communities along the way. This tree’s a celebrity!

The tree has its own video, in which we’re told it “has no visible defects,” but no intel on how it got the name Sugar Bear. 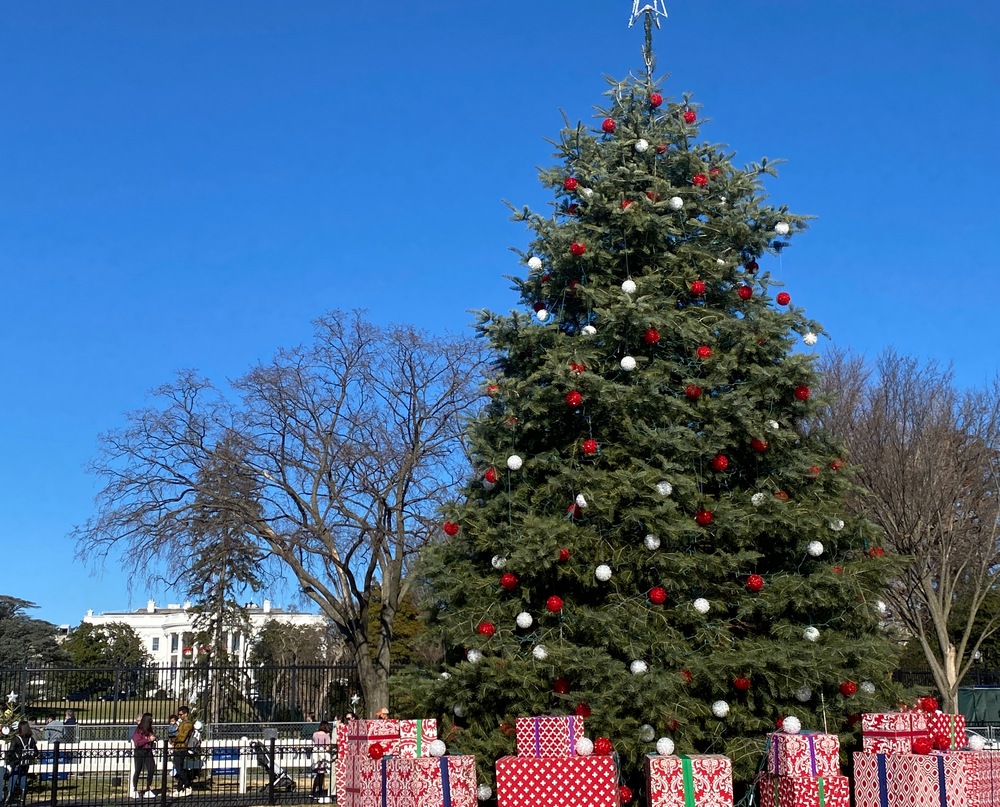 My last stop was the city’s most famous tree, thanks to it being lit ceremoniously by actual presidents. Called the “National Christmas Tree,” it’s located on the Ellipse just south of the White House and is more impressive at night. 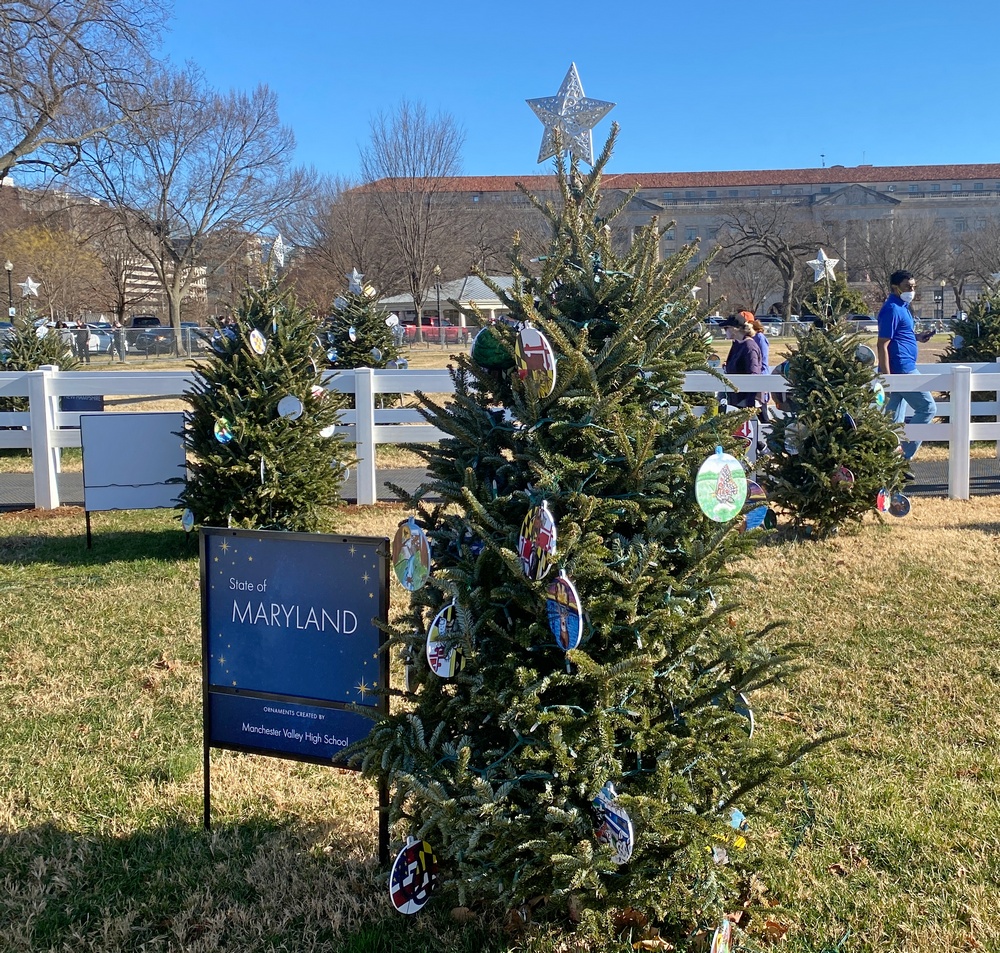 Nearby are 56 trees representing all the states, territories and DC itself. All the ornaments are made locally (in my state, apparently by high school students). 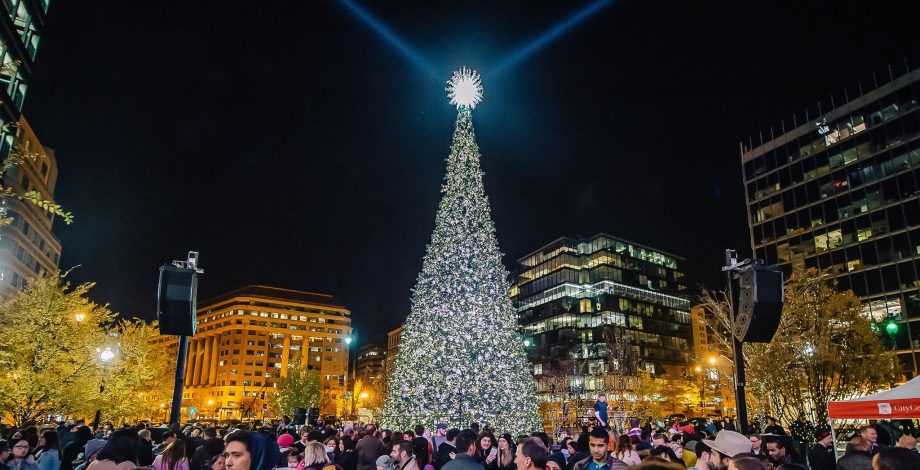 Here’s one more tree on the list that I completely overlooked but found online. It’s at City Center in the heart of the business district. 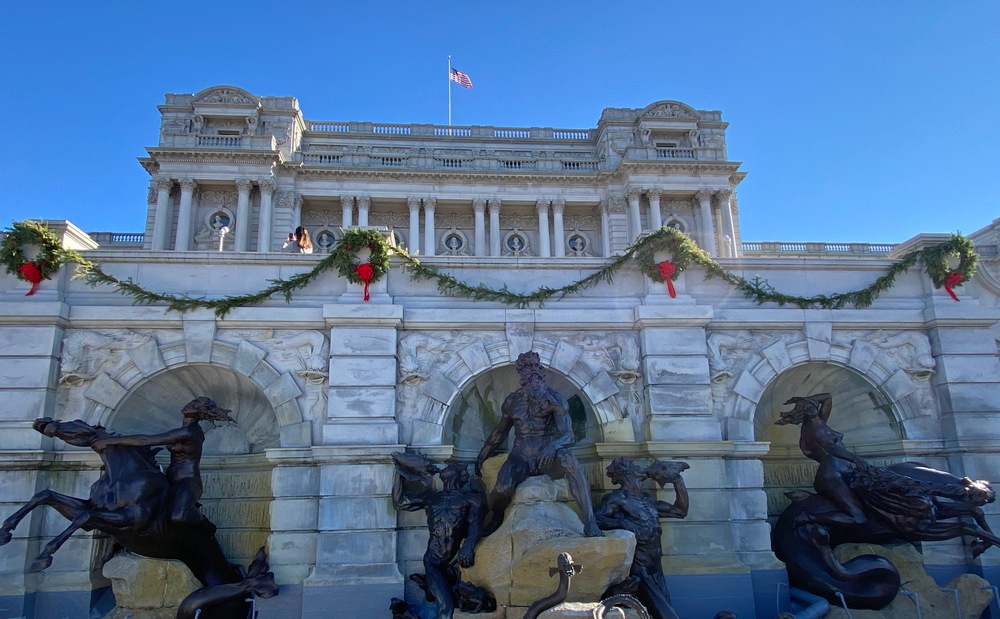 Another tree I missed is inside the Library of Congress, which was closed on the day of my visit, and this is as Christmasy as it gets on the exterior. (The indoor tree is shown on Instagram at the very top of this post.)