“I don’t give a damn about my bad reputation.”  — Joan Jett

Joan Jett’s predecessor, legendary rocker, Patti Smith, got pigeonholed as “Godmother of Punk.”  Now a respected poet and author, she says, “It’s an honorable label; it’s just not the only label that I want. I don’t mind if people say that, but I do object when people don’t really understand the full realm of the areas that I work in. 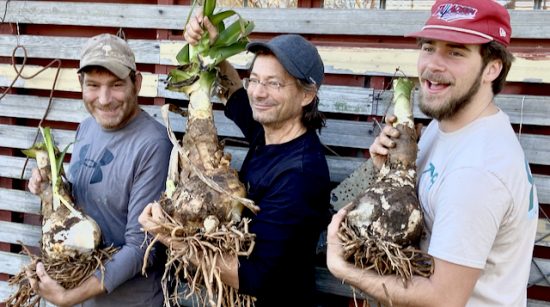 Every once in a while, at dawn or during a hot summer afternoon nap, still a little under the waves of mindfulness, a hurt little boy surfaces. He’s kind of fey. He remembers being left unpicked for basketball, kickball, and pretty much any other team except the 4H dairy calf show team. He remembers the punk teenage years, with no friends in the small farming community, staring at his makeup and mohawks, scoffing at his pointed words. Some of those words still won’t go away. His bad reputation stuck. Thirty years later, the old Farmer’s Club, where Daddy’s portrait hangs on the wall, still won’t ask him, me, to join.

In sleepy moments, in moments of self-doubt, reputation hurts. Pigeonholes do, too.

There’s a fine line of understanding between a bad reputation and a pigeonhole. Both cause hurt, even if it’s just a twinge of pain, regret, anger in an unexpected moment. Both define us by a moment, apart, a little thing, and the hurt comes because we know the whole. We know our whole like no one else ever will.

“Oh, you’re the crinum guy!” She says with delight, this Master Gardener conference-goer who’s just walked up to my booth. I cringe. I smile. I say something lame like, ‘Yeah, but I like all kinds of plants.”  And I hear Patti Smith, “People don’t understand the full realm of the areas I work in.”   I want to tell this lady more about my realm, but I need to sell her a crinum. So, I ignore the tiny hurt and launch into the crinum song. 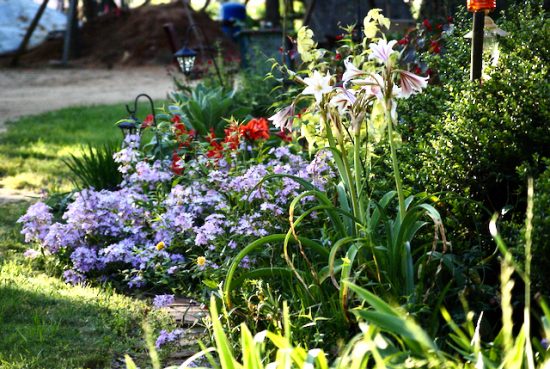 On crinum’s behalf, I never fail to rise to the defense.  They struggle with a bad reputation, too. I hear things like; “Oh, I don’t want one of those floppy old things, they’ll smother my begonias” or “I already know those, when I was a child, they were in cemeteries, ditches, and sharecropper shacks.”  “They only grow in the South.” Crinum lilies get pigeonholed too.

No eye-rolling from me. In all sincerity I want people to understand the full and fabulous world of these crazy geophytes. I launch in, “You know the ones you remember from ditches are remnants. Back in the Victorian era, collectors clamored for dozens of spectacular cultivars. Highly valued, outrageously priced, totally different from those ditch lilies. Look at this delicate one….”  She’s hooked. “Sure we take American Express. Can I get your email address, too?”  Another tactic leads the Master Gardener lady on a journey around the world. I tell her about wading through aquatic crinum in a blackwater river in Africa, I tell her about our tiny, 4-inch tall, nocturnal species from India.  She buys the African one with green buds.

Sometimes, I hate my reputation as the Crinum guy.  But it stuck. In the 80s, its bad reputation completely marred the genus to all but a few old guys scattered around the South. They loved and preserved crinum. They saved them. They, and their obsession, seduced me. But unlike them, I had writing skills, speaking skills, and youth, and a brand-new botanical garden to mix crinum into showy displays. I had a platform. I got to publicize their obsession, to counter the bad reputation, to put a cemetery plant, a poverty plant, front, and center with trendy plants. For the next thirty years, I’ve felt the thrill of discovery. The plant pulled me into the wilds of Madagascan rivers, overgrown cemeteries, cloistered libraries, and hidden rare book shops. It’s pulled me to learn its ecology as well as cultural and spiritual uses.

Damn. I am a geek. I do belong in that pigeonhole.

Just as punk teen me wanted to challenge and piss off the old farmers and just like he established that bad reputation, I helped create the crinum guy pigeonhole. In fact, it’s a fantasy to go further with it. If I were an academic or trust funder, I could revel in it, could have made a career of it.

There are Ph. D.s to be written, history, anthropology, ethnobotanies, the fragrances, pharmacology, and moth interactions with this complex bulb. This plant that turtles up to become a perfect carrying case. Fleshy arm-long roots crinkle up, continuously growing leaves pull inside and the bronze tunic thickens and protects like a nice leather weekend bag. Crinum travel well. For millennia, they’ve been carried with migrants, medicine men, sailors, enslaved people, little old garden ladies, and the modern international bulb trade. Want to do a Ph.D. on hoo-doo, hybridization or alkaloids? This is your plant.

But I have to have a job. Student loan, mortgage, truck payment, food, payroll, and life, cost. And I love traveling to remote places, which isn’t cheap. A crinum obsession is not a job. Yes, I’ve sold trains full of them, lectured and wrote about them. But that small part of my income stream overshadows my primary income from garden design, estate, and farm planning. No fortune needed or desired but I gotta pay the bills.  As a self-employed person, I’ll never really be able to retire, but maybe one day I can focus only on my obsession, I can really put my heart and soul, solely into crinum.

I lean on a lesson learned on an acid trip inside the cathedral of shaggy bark columns of Douglas fir, on the Olympic Peninsula. It was a perfect Aldous Huxley Door of Perception moment.  As a graduate student in Seattle, I was constantly called, “the Southern boy”.  One of my roommates, Keith, the Hydrangea Guy, cackled at my accent. While Jerry, the OG Butterfly Gardener Guy, saved my Momma’s messages on the machine and would do hilarious lip syncs to them.

On this trip, we descended through that forest, toward the cold Pacific beach, getting higher and higher. I got warm, I took off my coat; hid it in some sword ferns.  Then I shed another layer. Not physical, I shed my Southern layer. On the beach, lolling around in shallow cold waves, I let go of my gardener layer, too. Layer after layer, perceptions, pigeonholes, and reputations floated away. As I started to soar over the foggy waves, wet rocks, and sculpted tree stumps, I asked my friend, “Do we even have names?” Then, “Can we put those layers back on? Can we go back?”  I meant, could we go back up, get our jackets and sit by the fire. But my friend, an experienced trip guide, took us into the metaphysical.

“Yes, and No,” he said.  “You can put the layers back on. But now that you understand that they are layers, the answer to your second question is No. You can never go back.”

The punk boy doesn’t come around much. His military field jacket has long been put away.  But the little boy who loved flowers is here all the time. Each April, when his first crinum, the one he got in 1974, comes into flower, he soars. Feyboy, flowerboy, inquisativeboy. Over the decades, he pestered the old folks who lived here in the 1940s. He knows now that his first crinum was once someone else’s first, that the bulb is over 90 years old now, and he even has vintage photographs. He understands looking back and going back differ. That worrying about what they think wastes energy. That little flower boy found a bunch of other flower folks who appreciate the full realm, and he kind of likes it when flower friends call him crinum guy.

Jenks Farmer is a horticulturist and writer in South Carolina. He threw down the gauntlet by naming his new book, Crinum — Unearthing the History and Cultivation of the Worlds Biggest Bulbs.  There are certainly challengers for the title but he says, “Google doesn’t know everything. Let’s see the pictures.”