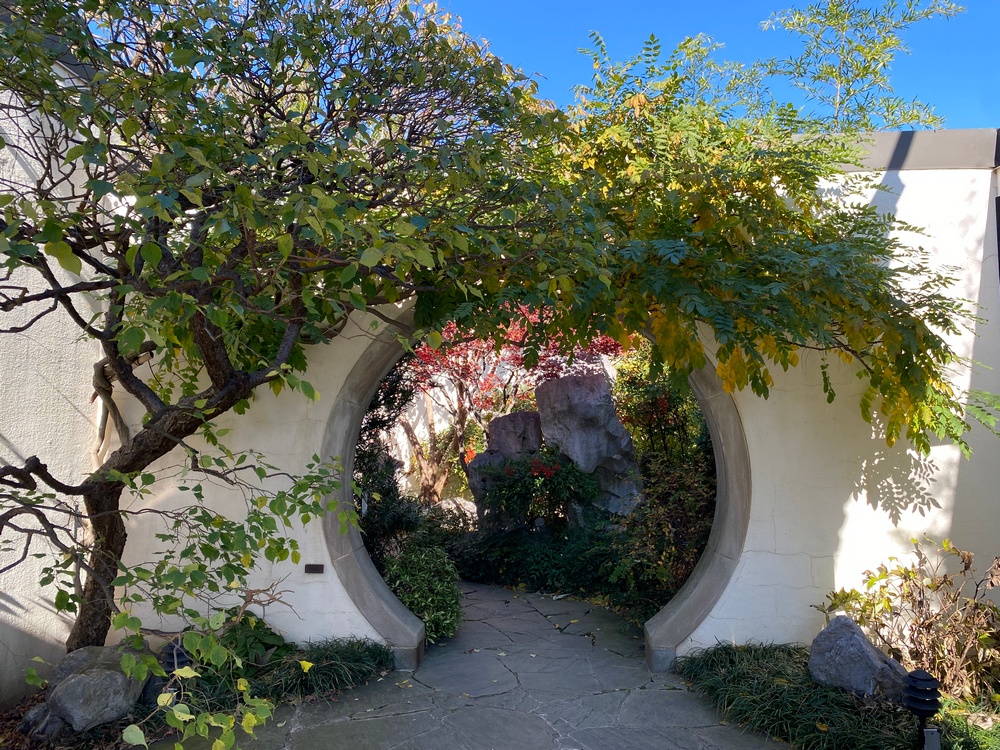 The National Bonsai and Penjing Museum opened in 1976 with a gift of 53 priceless bonsai trees from Japan to commemorate the U.S. Bicentennial. Some bonsai were several hundred years old and one had even survived the bombing of Hiroshima. Japan’s gesture harkens back to its donation of thousands of cherry trees for DC’s Tidal Basin back in 1912.

I learned from the history of the museum that “The American Bicentennial Celebration of Independence in 1976 ignited an international shower of gifts on the citizens of the United States,” so it’s not surprising that the Arboretum’s director at the time, Dr. John Creech, had the bright idea of asking Japan for the bonsai and working with the Nippon Bonsai Association to make that happen. He even persuaded the federal government to build a facility to display these fabulous trees, and then orchestrated their between two governments on either side of the globe – no small feat, I’m sure. 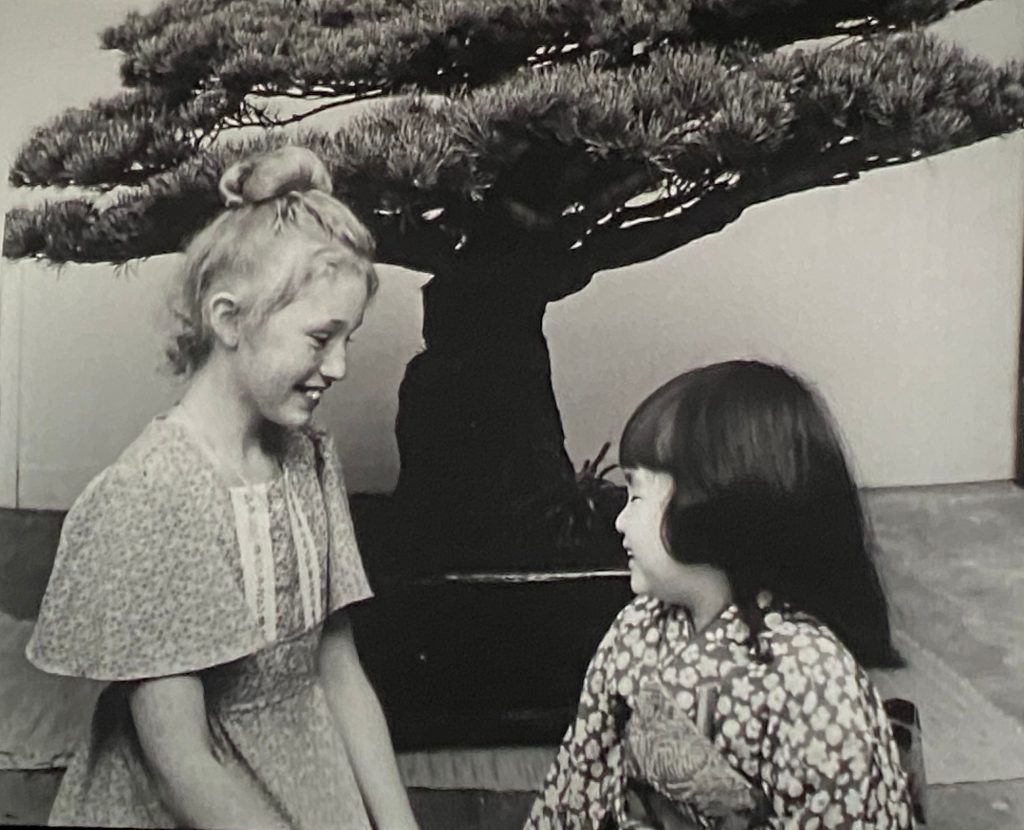 This photo of American and Japanese girls posed with a bonsai was used to publicize Japan’s gift of the trees. Decades later, the American girl in the photo, Kathryn O’Sullivan, is a writer, screenwriter and professor. Upon finding this photo, she and her filmmaker husband Paul Awad decided to make a documentary about the gift of bonsai to the U.S. that she played a small part in. That role had come about thanks to her father’s job as a public information officer for the U.S. Department of Agriculture, which oversees the Arboretum, and he was tasked with promoting the event.

The documentary, called “Bicentennial Bonsai: Emissaries of Peace,” includes rare interviews and archival footage, and mentions wabi sabi, which I had to look up. ” It’s a world “view centered on the acceptance of transience and imperfection. The aesthetic is sometimes described as one of appreciating beauty that is imperfect, impermanent, and incomplete in nature.” Isn’t that what we gardeners need? Actually, that everyone needs?

I saw the film when it screened last month at the Utopia Film Festival in Greenbelt, Md., where I live. It was natural for the filmmakers to enter this particular festival because Kathryn’s family lived here at the time of the bonsai gift – about three blocks from my house. The filmmakers returned to Greenbelt to attend the screening, along with Kathryn’s parents, and an audience member told us that her father had helped care for the trees when they were quarantined nearby, before their final move to the Arboretum. A little bit of old home week! 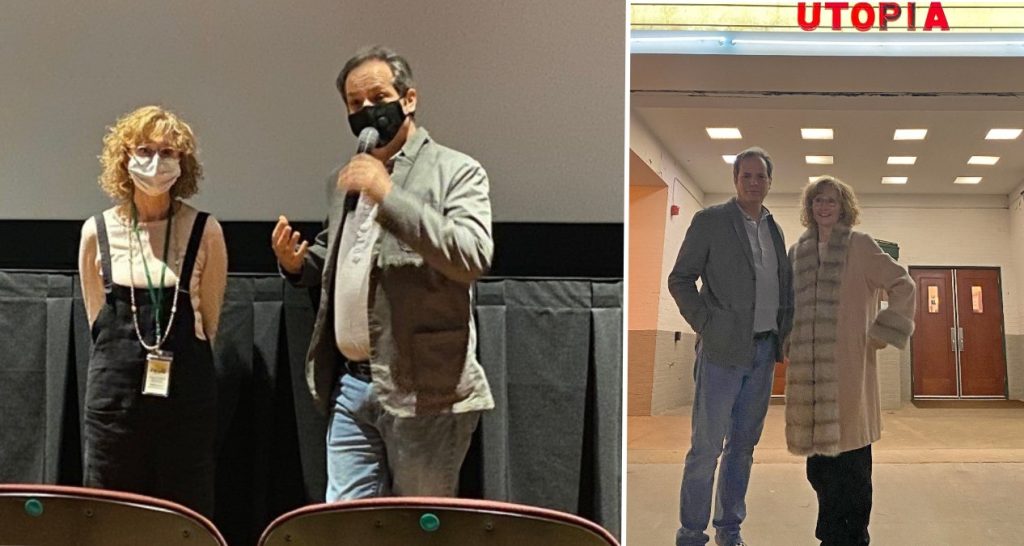 Shown above are filmmakers Paul Awad and Kathryn O’Sullivan outside the Old Greenbelt Theatre where “Bicentennial Bonsai” was shown. They told me that they were accompanied on their trip to Japan for filming the documentary by a staffer at the Arboretum, who introduced them to bonsai people there. Nice!

The film was a hit with the audience and won the Festival’s Utopian Visions Award: “The best work in any category which reflects Utopia’s belief in the value of cinema to help create a better world.”

I’d like to provide a link so you can all watch the film but that’s not possible yet. It’s been submitted to PBS, so let’s hope they show it.

Here are more photos from my visit to the museum two weeks ago, catching the deciduous bonsais sporting their fall color. We typically think of bonsais as evergreens, don’t we?

The museum’s bonsai (from Japan) and penjing (from China) collection, plus pieces from North American bonsai masters, is now 300 specimens strong!