The most famous landscaping company in the world gets its own documentary! 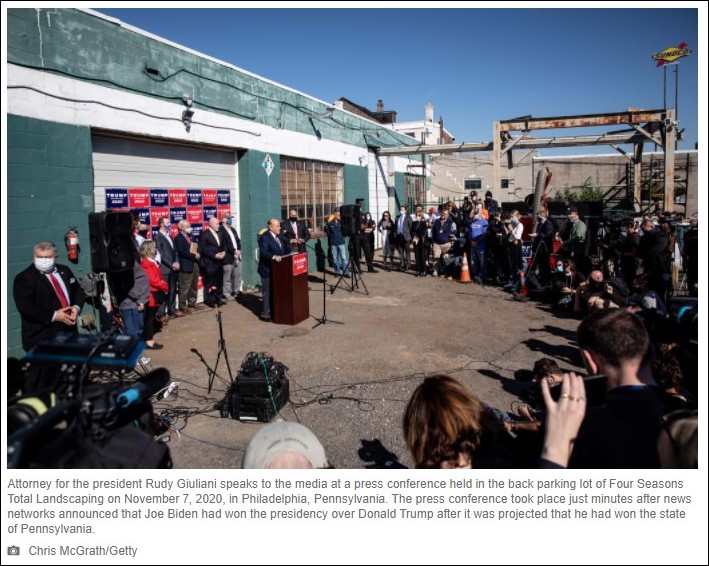 It seems so long ago – the November 7, 2020  Rudy Giuliani press conference that gave the Four Seasons Total Landscaping Company in Philadelphia far more than 15 minutes of fame. Now, thanks to the 30-minute “Four Seasons Total Documentary,” you can relive the event that was a gift to late-night joke-writers, Twitter users and seemingly everyone else.

Watch the documentary here. Below, the trailer.

Now don’t worry – this post isn’t going anywhere near the 2020 election story. It’s the landscapers themselves I find so interesting. 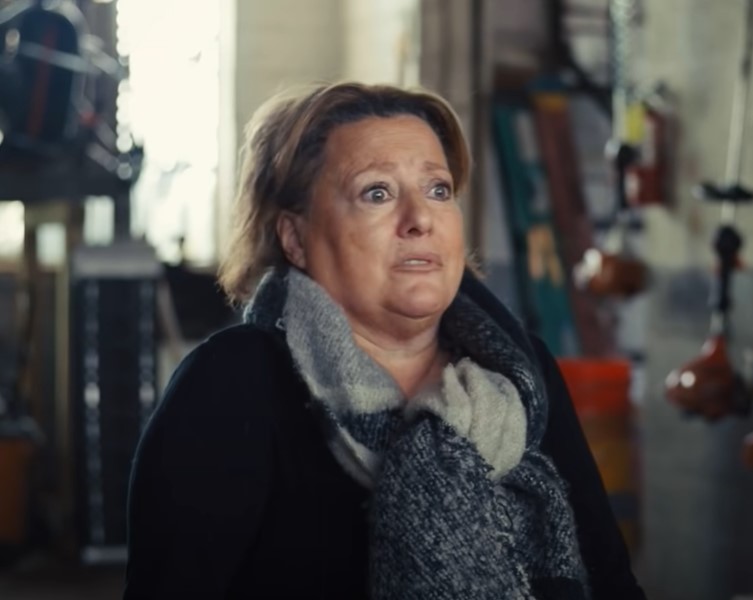 Four Seasons Total Landscaping is owned by 65-year-old Marie Siravo, who runs it alongside the youngest of her three sons, Mike, as well as Mike’s friend Sean Middleton. They’re typical working-class Philadelphians who, on camera, come across as driven, dedicated, loyal people trying to make a living at their chosen trade. Their world was turned upside down by a phone call from a Trump staffer, asking if their premises could be used for a presser…

Almost immediately afterwards, the business was inundated with emails and voicemails from angry callers (“I understand that there’s a special on bullshit this week;” “Hi, do you provide services like dismantling our democracy?”). Rather than accepting its ignominious fate, however, Four Seasons embraced its newfound celebrity, with Sean and Mike flooding social media with tongue-in-cheek memes that proved they were in on the joke, and producing merchandising that, to date, has earned them $1.5 million in sales.

Selling $1.5 million worth of swag with slogans like “Make American Rake Again!” and “Lawn and Order!”? That’s genius! Owner Marie Siravo even got hired to appear in a Superbowl commercial!

I’ll leave you with examples of the company’s marketing savvy – using political humor without pissing off their customers. There’s lots more on their Instagram account. 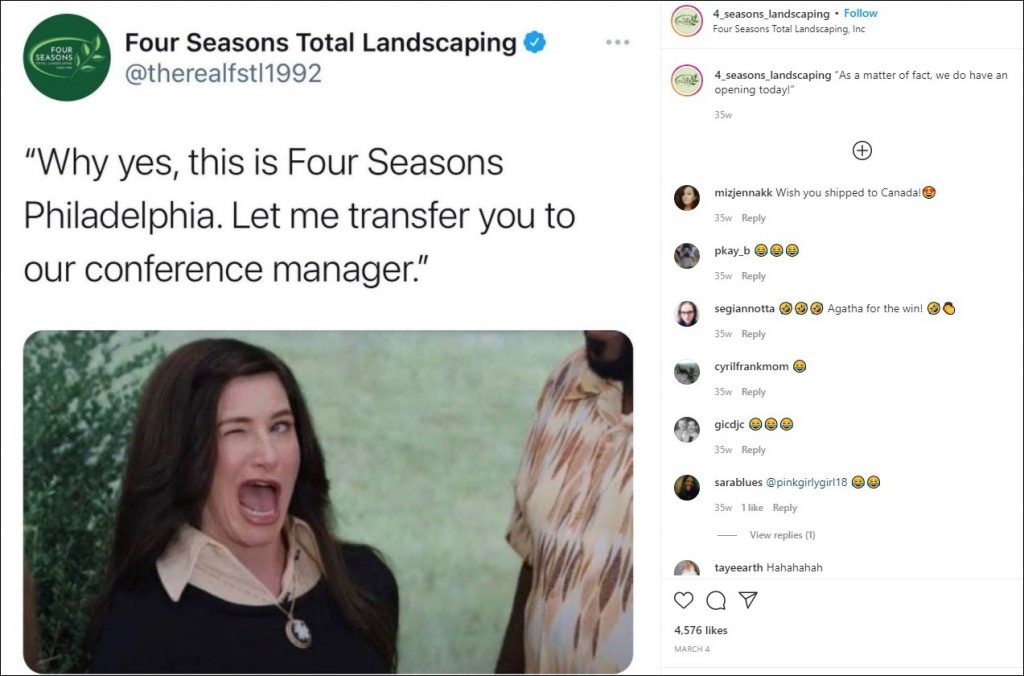 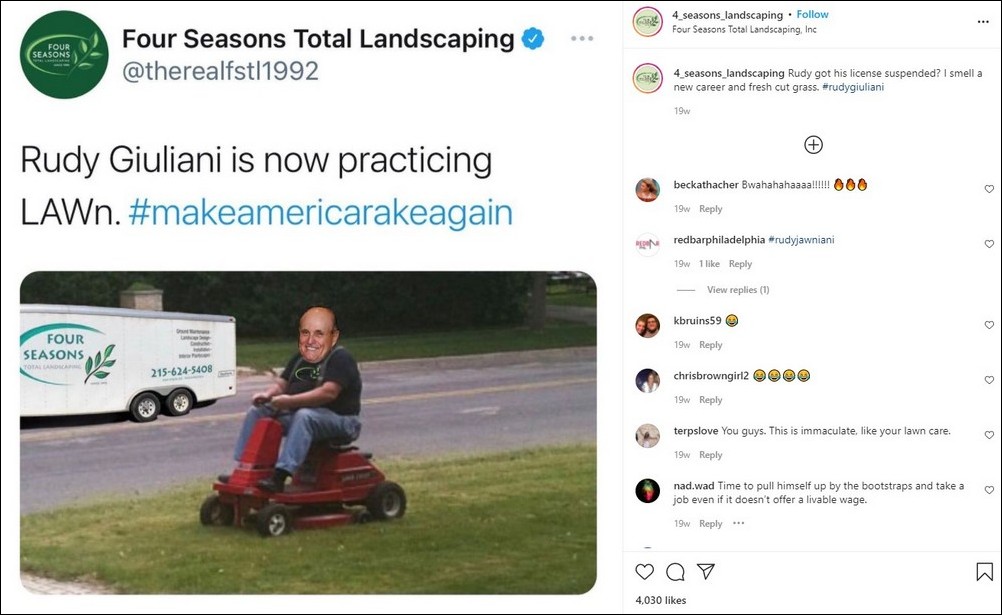 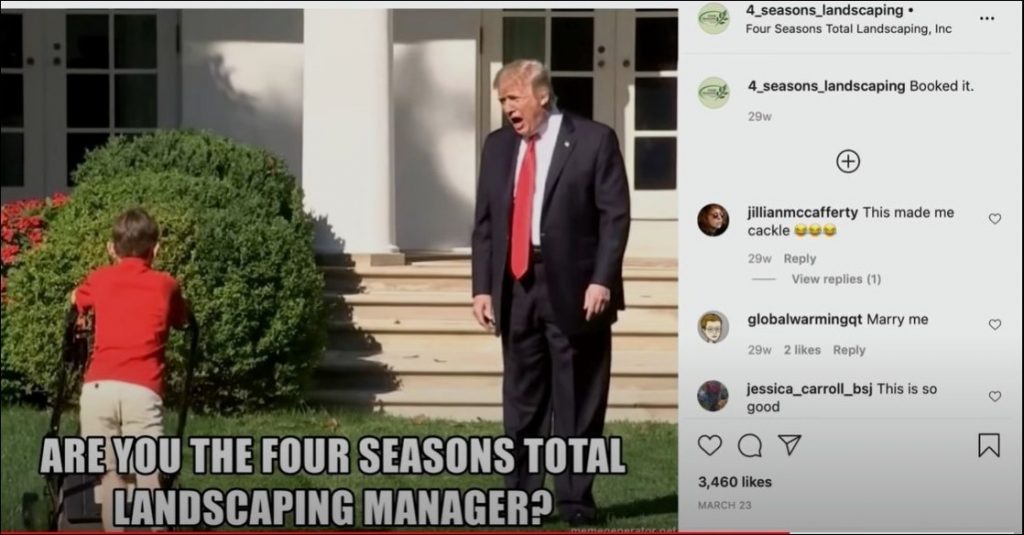 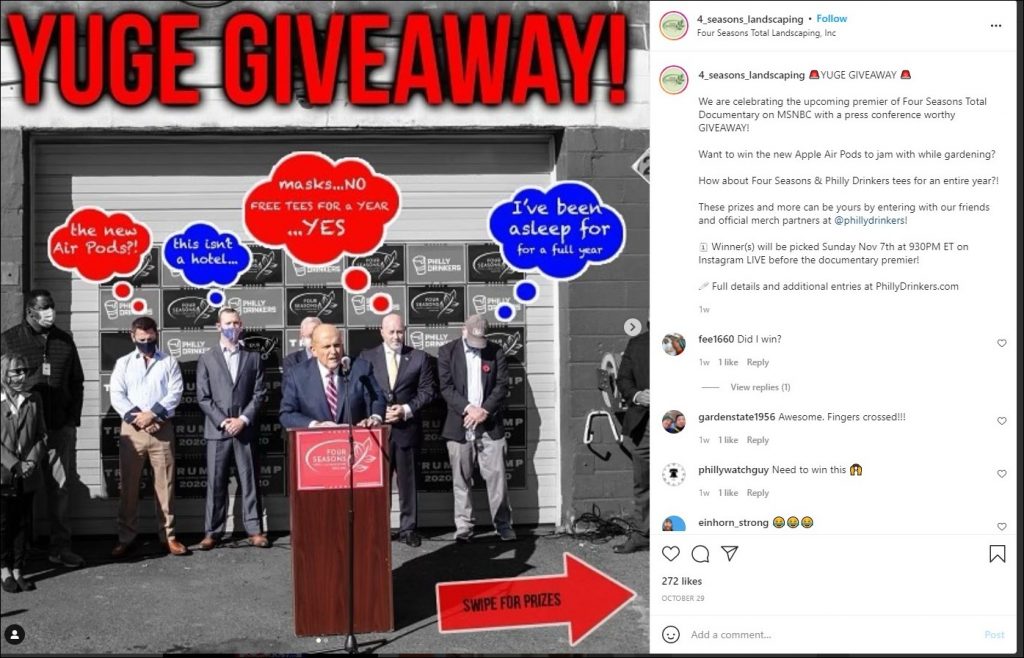