Climate change makes my head hurt. Remedies seem insufficient and technological breakthroughs uncertain. While governments squabble, students at Berea College are re-thinking the planet’s future and working together. This year U.S. News and World Reports, in its annual college review, selected Berea College the #2 innovative college in the U.S.  It’s no surprise. Berea, in eastern Kentucky, has always been innovative and progressive—rich in education, diversity, arts and crafts. 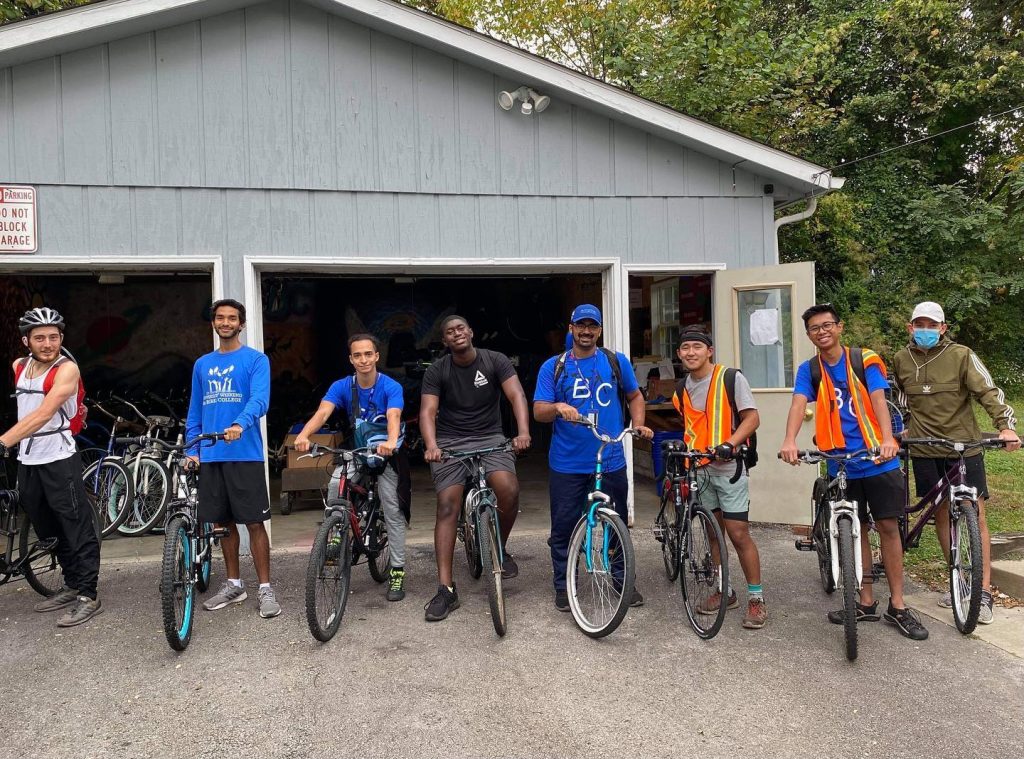 I drove down to Berea last month on back roads, past small towns, until I reached the hilly edge of the southern Appalachians. I wanted to find out more about the College’s approach to sustainability.

The meaning of sustainability encompasses so much but often pans out so little in practice.

Among 8 Great Commitments, Berea College strives to: “Maintain a residential campus and encourage in all community members a way of life characterized by mindful and sustainable living, health and wellness, zest for learning, high personal standards and a concern for others.”

Berea is a work-study college. There is no tuition.1600 students contribute a minimum of ten hours of work each week. Six students work on the Sustainability Team, under the office of Sustainability. 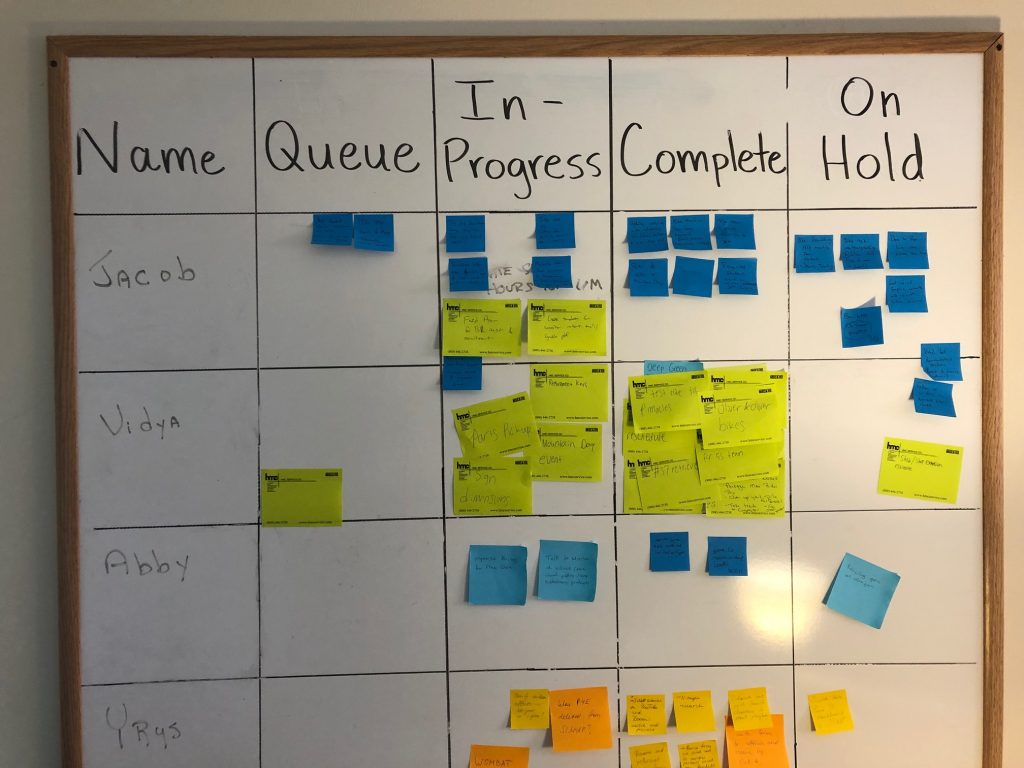 I sat in on the weekly, late afternoon, meeting of the Sustainability Team. Student Coordinators reported on projects in the queue, in progress, complete or on hold. Participation was collaborative and efficient. 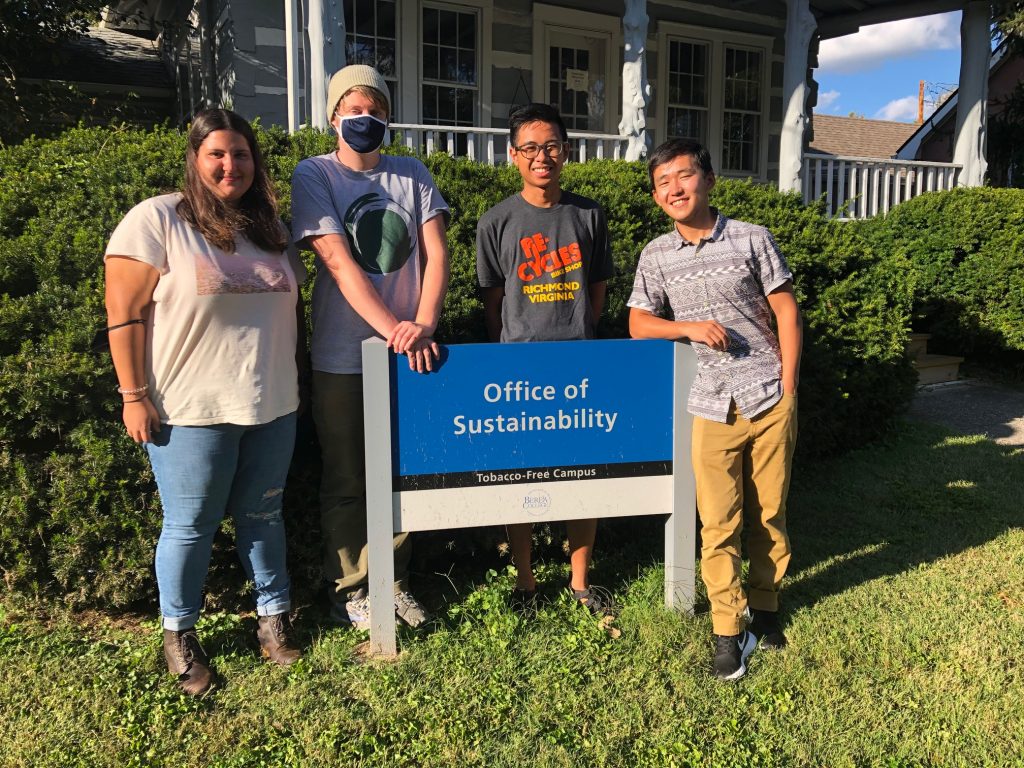 Jacob Salsman is from Lexington, Kentucky, Irene Symeonidou from Thessaloniki, Greece, and Vidya Mastriyana from Richmond, Virginia. They reported, respectively, on: Alternative Transportation, Communications and Events, and the operation of the school’s fleet of 60 leased bicycles. (The bikes are leased for $10.00 per semester. Maintenance is free on these and all others that are privately owned by students, faculty, and staff.) 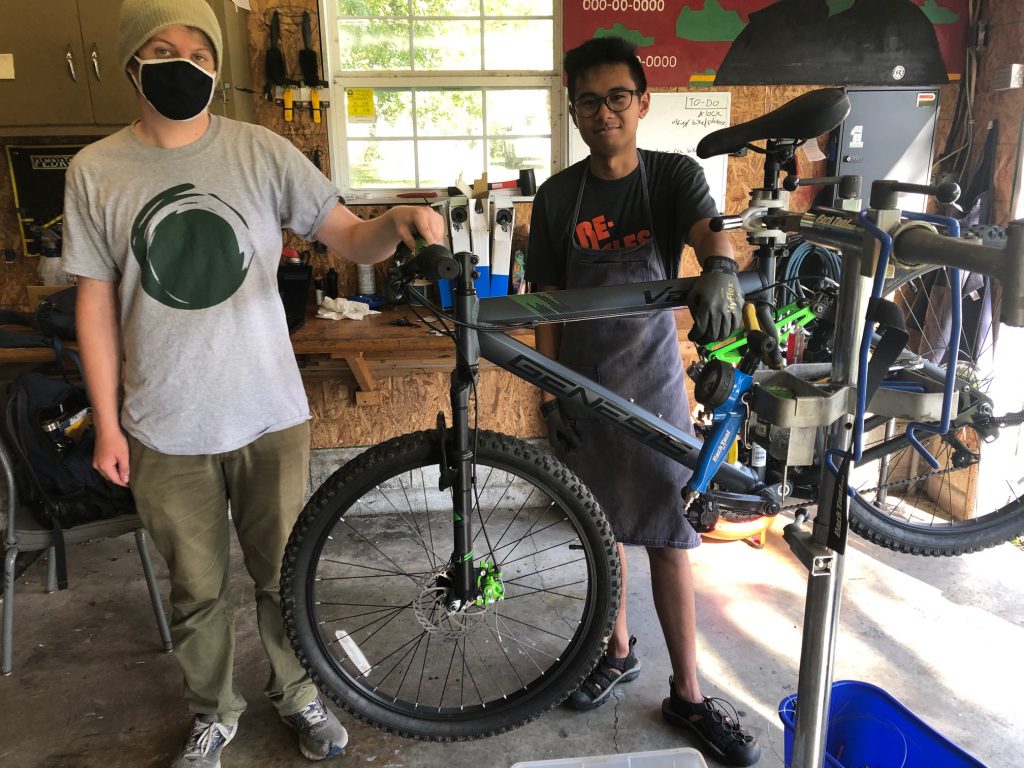 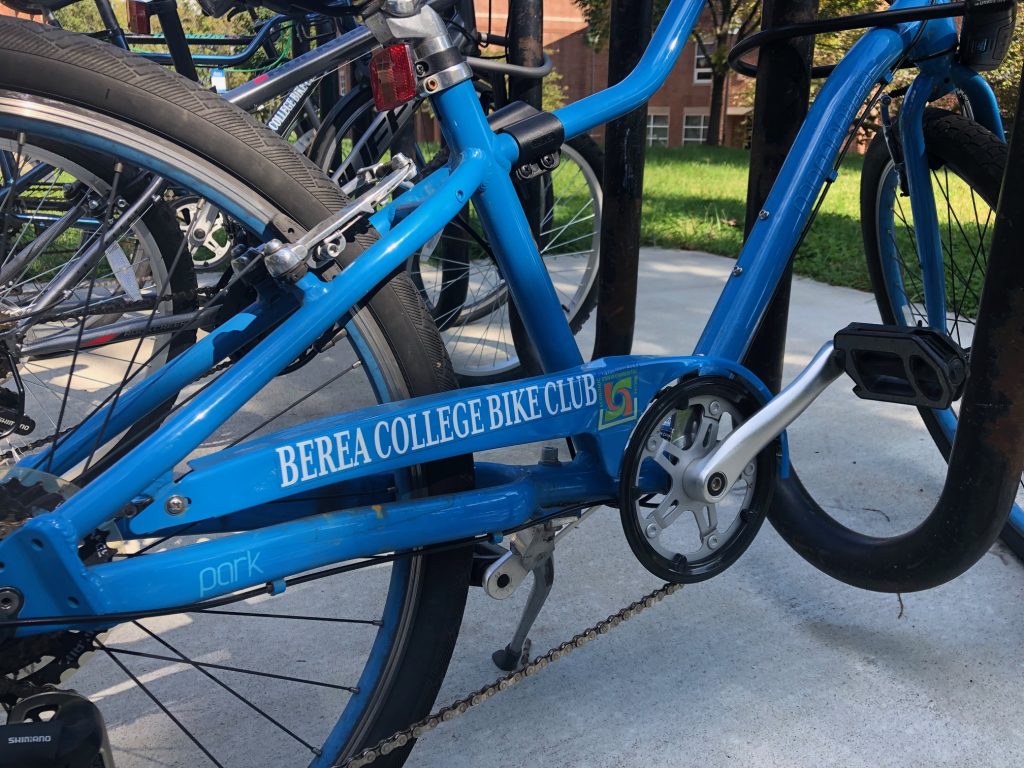 Yrys Emilbek Uulu, from the capital city of Bishkek, Kyrgyzstan, works, in his labor position, as the Data Tracking and Analysis Coordinator.

“I belong to cross-functional teams here at the office. Students here don’t work on projects alone, quite the opposite. Our small community nurtures collaboration. I like that our workplace is data-informed and data-driven. Data can inform countless retrospectives and influence our strategy. I can apply my value-driven approach and technical skills to cultivate environmental integrity at the college. This is where it’s at!”

Joan Pauly, Berea College’s Sustainability Coordinator, said, “We send out forms to staff for each of the respective areas that contribute to our Greenhouse Gas (GHG emissions) on campus. We get the raw data and then Yrys compiles that data into a system built for institutions using the platform known as SIMAP. The time frame is from our most current fiscal year, July 1, 2020 – June 30, 2021.”

The college’s mission, since its founding in 1855, has appeared radical and often been controversial. Berea was the first co-ed and integrated school in the south. The founder, Reverend John G. Fee, was run out of town by neighboring pro-slavery supporters in 1859 but returned after the Civil War, in 1865, still passionately committed to the school’s motto: “God has made one blood of all the people of the earth.”  (Acts 17:26).

Earlier in the day I joined a campus tour. I was accompanied by Joan Pauly. The tour was led by a spirited student, Patrick Ledington, a junior from the small, eastern Kentucky community of Girdler in Knox County. (70 % of the Berea students come from Appalachia and Kentucky; 7-10% are international students.) He said his ten hours of labor meant that he “walked around in circles telling stories.” 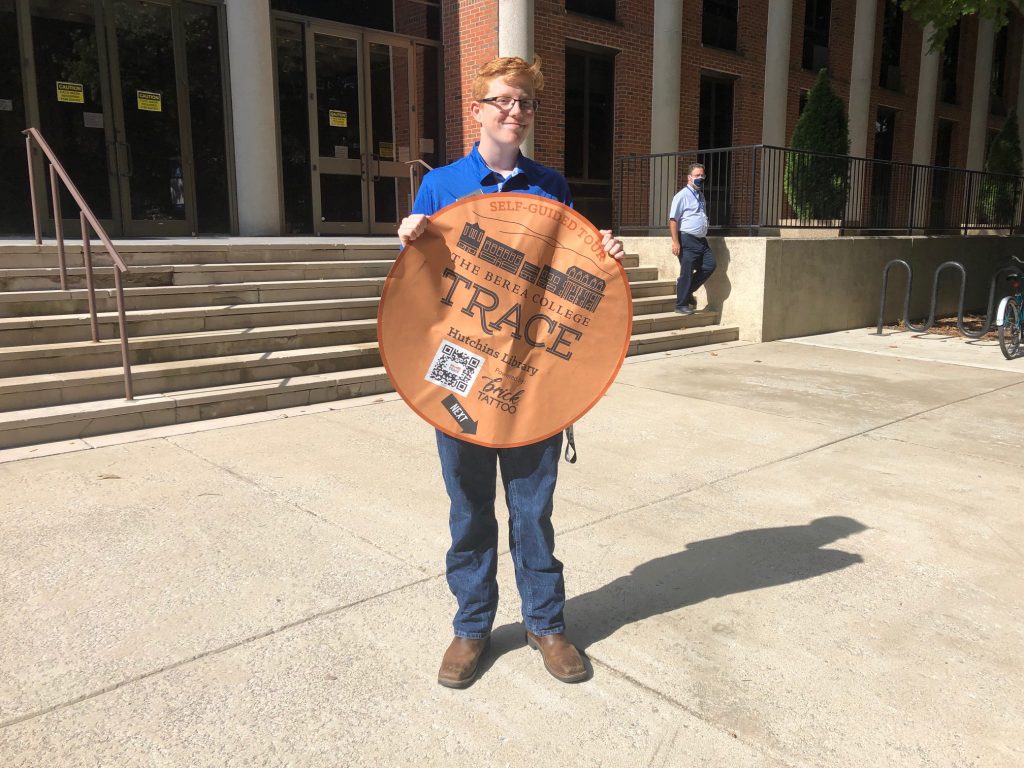 Patrick Ledington in front of the Hutchins Library

Patrick, a business major, is a storyteller. He pointed out the school chapel where a dozen or more campus convocations are held throughout the school year. George Washington Carver and the Dali Lama have spoken before. Patrick said the students are required to attend at least seven convocations in a normal year (five during the pandemic). He recently heard University of Chicago’s paleontologist Dr. Neil Shubin’s talk, “Your Inner Fish” about his co-discovery of Tiktaalik, “a fish with hands.” Patrick enjoyed the talk. “I’m kind of geeky this way,” he said.

Berea College has taken big and small steps to mitigate global warming.  They were the first college in the U.S. to participate in the California Carbon Cap-and-Trade System. They were also the first to construct their own hydroelectric plant. Berea was the second school to play a carbon-neutral “green” basketball game. And though Dandelion Festivals are held elsewhere, few have raised as much awareness about a once lowly weed.

The college’s 9,300-acre forest is the town’s aquifer and contributes financially on the cap-and-trade contract. Joan Pauly explained: “Californians wanted to prove they could institute a system where they could put a cap on how much greenhouse gases industries could emit. Many people thought the economy would implode, but it didn’t. It actually created a new economy.” Berea College receives revenues for maintaining a sustainable forest for the next 100 years. 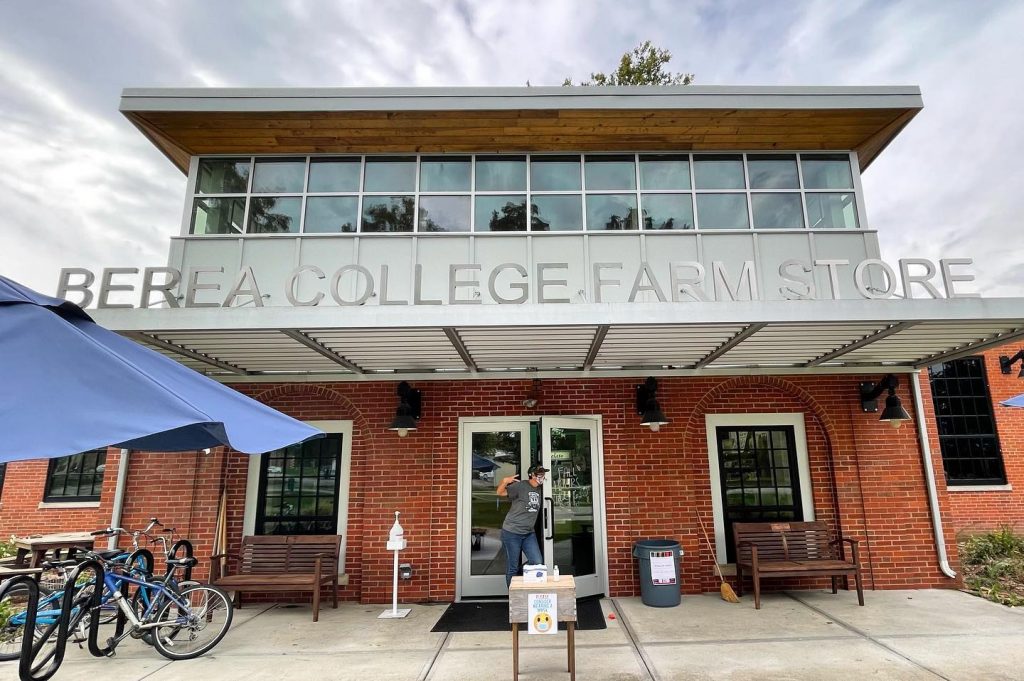 Tammy Cornett, Manager of the Berea College Farm Store, explained in an email. “We sell what we raise on our 600-acre organic sustainable farm. But we are always open to partnerships, especially with former students or farmers/crafters from our service region.” On one end of the college farm, students help grow vegetables and plants; on the other end they raise cattle, hogs, chickens and turkeys that are rotated weekly around different pastures. Berea College photo.

Berea invested in an 11-million-dollar hydroelectric demonstration project that will provide power for surrounding area.

Berea’s first carbon-neutral basketball game tipped off in 2014. (The Mountaineers defeated Alice Lloyd 87-74. Alice Lloyd, from nearby Pippa Passes, KY, is also a work-study college.)  Energy use was measured and was offset by campus tree plantings. The home team tradition continues today and has attracted a larger audience. The 2021 NCAA held their own carbon-neutral March Madness basketball tournament in Indianapolis.

You’re Crazy, but Go Ahead

“We’re a no-spray campus, which means we get dandelions and lots of clover,” Joan Pauly said. “The president was getting lots of complaints about our campus. Why can’t we look like other campuses? My boss, who’s head of Sustainability and Facilities, came to the Sustainability Committee and said, ‘We’ve got a problem. We have community members who are griping about the way our campus looks.’ I’m, like, ‘Well, that’s cause we’re no-spray.’ He goes, ‘I know that.’ And I said, ‘All right, let’s have a Dandelion Festival and celebrate the dandelion. And let’s do it when the dandelions pop up.’ So he was, ‘Alright, you’re crazy, but go ahead.’” 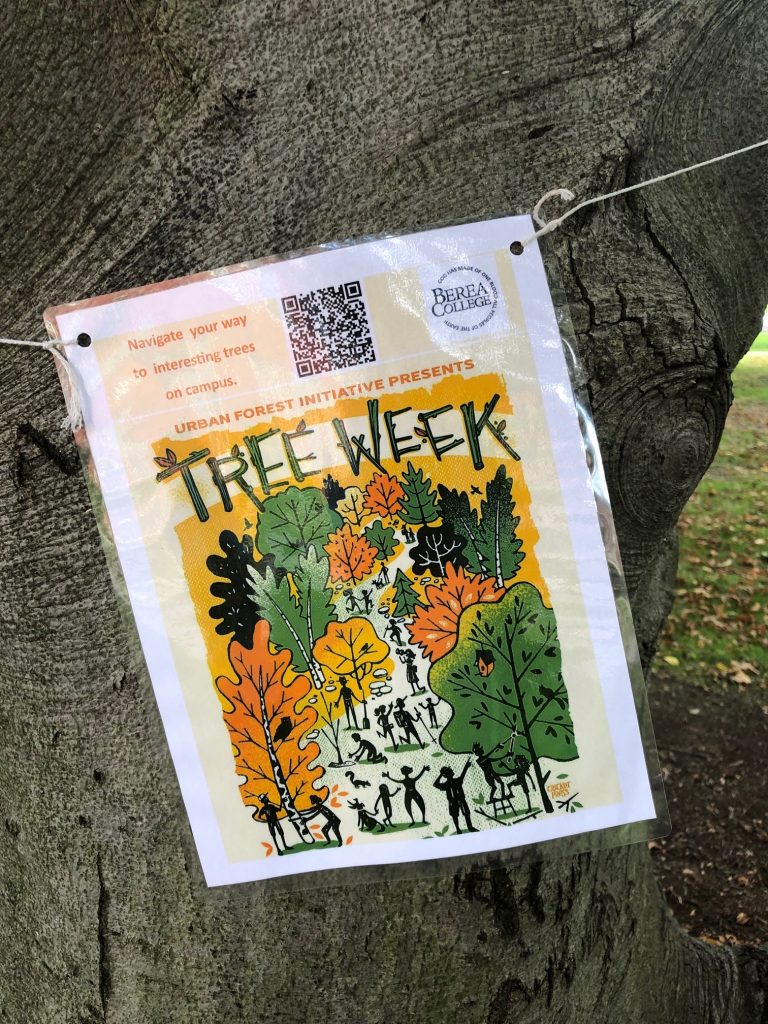 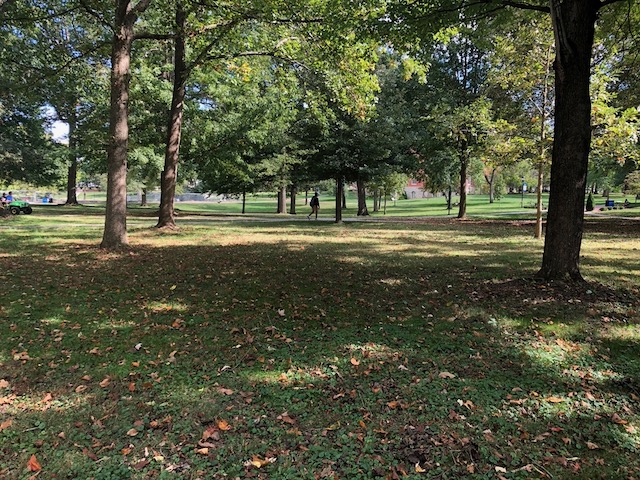 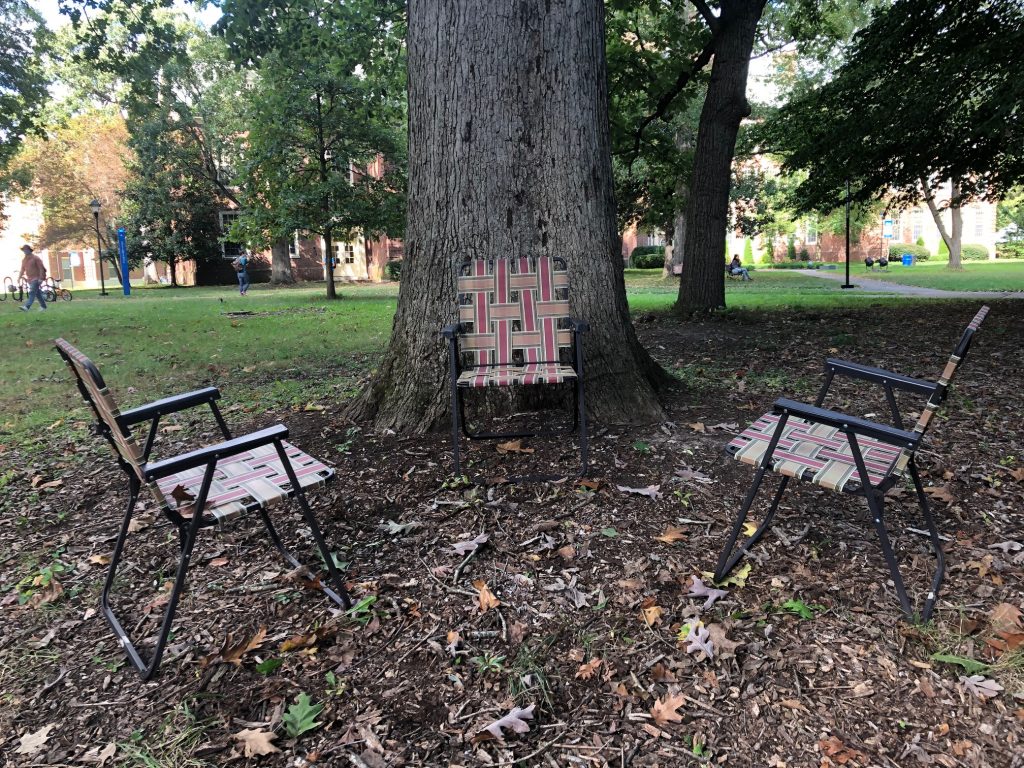 What does Berea College have in common with the Luxembourg Gardens in Paris and Bryant Park in New York City? They all have movable chairs. Berea has dozens.

Berea College seeks to practice what is preached but frequently gets left behind after the last hymn.

Toward the end of the Sustainability Team meeting, the students grew excited about arrangements for the college’s 145th Mountain Day celebration, the following day. Most labor jobs are dismissed on this day so that students and faculty can join in the fun. Mountain Day serves as an example of Berea’s mission to serve Appalachia, to preserve the area’s heritage and to celebrate the living environment. 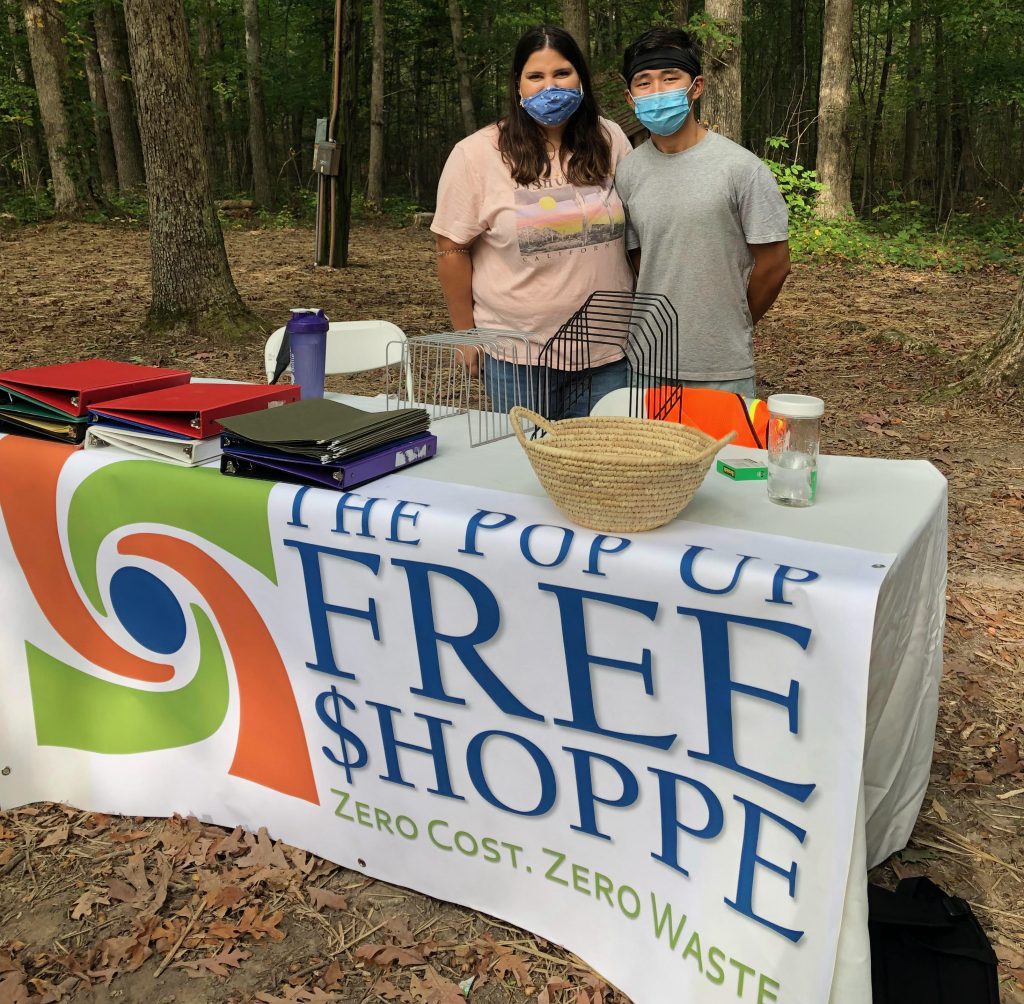 The students left the hour-long meeting ready to spread the gospel for a cleaner, healthier Berea.