Why am I JUST Discovering Zinnias in Borders? 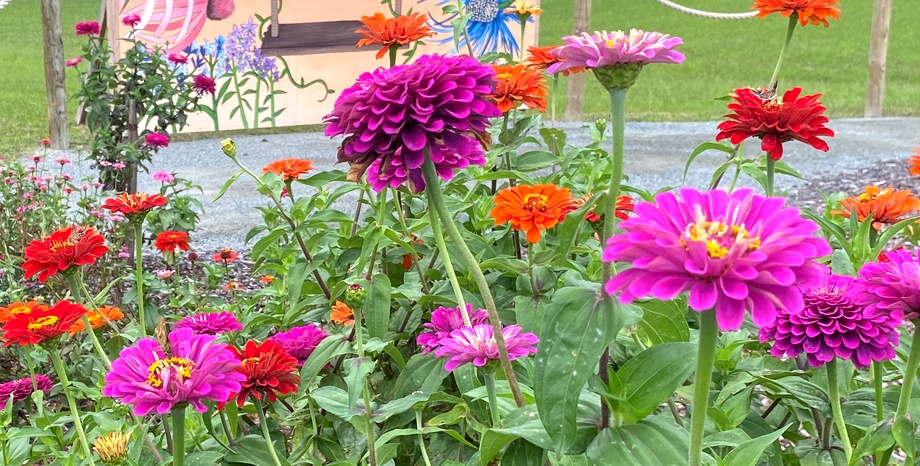 Zinnias at the Delaware Botanic Garden

Zinnias – I’m reading everywhere about their fabulousness in attracting pollinators, especially butterflies. In fact, when I googled the topic I surprised myself by finding my very own post, from 2015. I won’t repeat any of that but still recommend that link for info about which varieties are best at that, at least in the informal trials of one Maryland gardeners near me.

(I was also surprised that in that old post I pledged to grow Zinnias as part of a new pollinator garden, which I don’t believe I ever did. Never mind!)

The chorus of praise for Zinnias seemed to grow louder this year and recently Elizabeth declared her love for them, saying she’ll never be without them again! She reported on success with seedlings (not seeds), and planting them in containers. 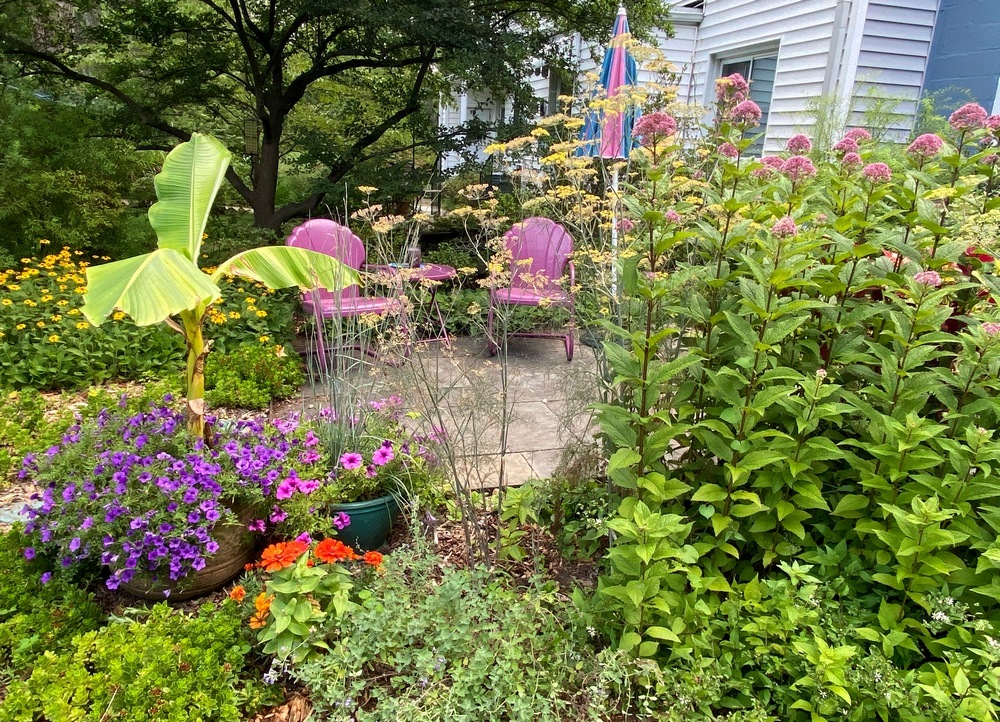 Even one Zinnia in a border catches the eye, right? So next year – MORE!

And she’s not the only GardenRanter taking up the cause. This year I experimented with both Zinnias and Marigolds directly in my borders, something I’d never done, and was wow’d by the impact they had. Okay, not the Marigolds – too small – but even just one Zinnia can pack quite a punch. Or to speak in HGTV lingo, they POP!

So my question is – when did they get so great-looking? So large, with such vibrant colors? Is it new hybrids are catching my eye or have I just been immune to Zinnias’ charms all along?

Above, the other orange Zinnia I planted in that border, popping even more next to an errant Morning Glory and some White Wood Aster, and being visited by a butterfly.

Care and feeding – apparently not much needed!

According to American Meadows, which sells Zinnias, these annual don’t need the daily watering that I normally give to container-grown flowering annuals.

To grow Zinnias, make sure to plant them in an area that gets full sun (at least six hours per day). Although they prefer well-draining soil, they’ll grow almost anywhere as long as they have plenty of sun. They don’t need a lot of supplemental water in the summer months, which makes them a great candidate for hard-to-reach areas or for gardeners who are trying to conserve water.

I suppose they still need to be fed, which I try to do twice-monthly for flowering annuals like the container-grown Petunias shown above.

Like most avid gardeners, I’ve been fantasizing all season about the improvements I plan to make next year. Because we obsessively do that, right? 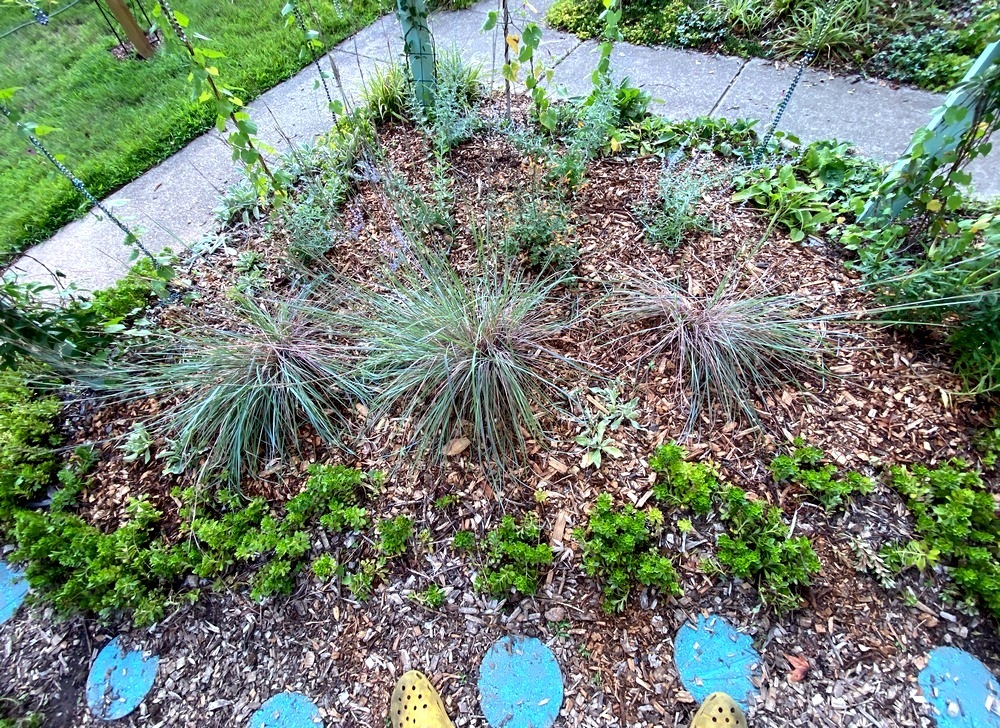 Well! This little border in my front garden, which for so long held Arborvitaes (that were ugly) and Black-eyed Susans (that ran amok), now holds Russian Sage, Little Bluestem grasses and Sedum. I planted two clumps of ‘February Gold’ daffodils there but you know what else that spot needs, right?

Fuchsia Zinnias like these babies! So when people approach my house they’ll see them and in the background, metal chairs in the same color.  But best of all, I’ll be wow’d with that color all season long.