In Defense of Inclusive Biodiversity

As a follow up to Elizabeth’s post last week remarking on the sorrowful tone of Margaret Renkl’s NYT article on non-native spring color, The AHS kindly allowed GardenRant to run an excerpt of my recent column in The American Gardener this month. A link to the full article is available at the end of the excerpt.  Please consider supporting the American Horticultural Society and the valuable work they do by becoming a member this year.

LAST SPRING , a friend volunteered her time to create a pollinator-friendly garden that would overlook a large railway hub in her small city. She publicized the project on social media to solicit donations from the public, and her dedication to regreen an industrial space was universally applauded—until she published the planned plant list that contained a mixture of native and non-native plants.

Three of her would-be donors informed her that if the plants were all native, they would oblige. If not, her re-greening project didn’t warrant their support.

Forget about the Panicum, Coreopsis, Achillea, and Echinacea that had made the list. Those wildlife-friendly natives were going to be sharing space with cultivars of Hemerocallis, frequented by butterflies and hummingbirds but originally from east Asia; Caryopteris, beloved of wild bees, but shamefully sharing the same provenance; and Buddleia, known commonly and justifiably as the butterfly bush, but whose tough habit and ability to re-green industrial wastelands of its own accord has made it a pariah.

Better to have nothing, these three felt, than to support the willful planting of non-native plants into this inhospitable environment. 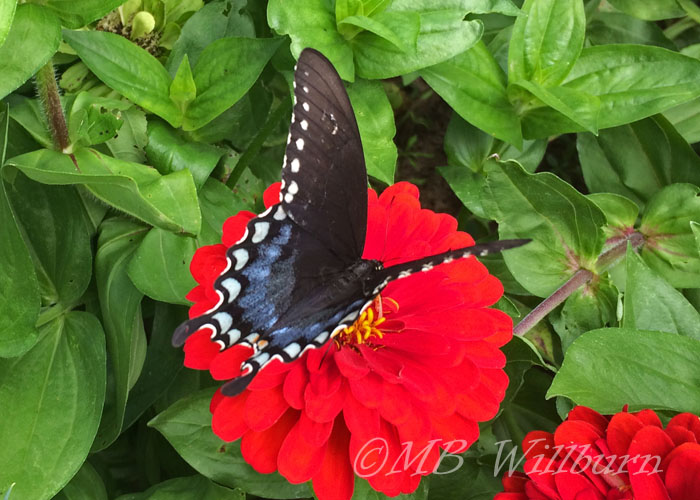 Thankfully, my friend persevered. The site’s compacted and polluted soil was lightened and amended, and a melting pot of native and non-native plants was established, creating a garden that both beautified an ecologically damaged space and provided habitat for wildlife displaced decades before.

People build gardens for many reasons. In recent years, however, the popularity of building gardens specifically to attract an abundance of wildlife has grown exponentially. Such a worthy cause has attracted the otherwise indifferent to a more garden-focused life. It is no doubt one of the reasons we experienced such a resurgence in gardening in 2020, as people forced to quarantine at home became reacquainted with their landscapes and began to observe the many creatures that also inhabited those spaces.

At the same time, a parallel movement has grown in visibility and vociferousness. The promotion and protection of native plants has gained an incredible following throughout the many geographically diverse regions of North America. 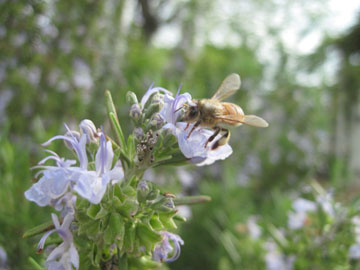 A non-native honey bee alights upon the two-lipped flowers of a non-native rosemary in summer. To some, this is a problem that needs solving.

It has slowly trickled down from industry leaders who have devoted careers to their study, to advocacy groups and Extension agents, and eventually to our schools and everyday gardeners. Awareness of the much-touted superiority of native plants is so great that even some non-gardeners looking for quick solutions to suburban lots mention it as a requirement during the annual spring trip to the garden center.

It is not surprising, therefore, that these two movements should meet and marry, creating a sub-movement that supports and promotes the planting of native species to build more biodiverse, wildlife-friendly gardens.

But as my friend’s experience shows, many native plant proponents go further— favoring the exclusion of all exotic species in the landscape to achieve this worthy goal. The purest disciples of the movement also eschew the use of “nativars,” or cultivated varieties of native plants, for their straight-species parents—regardless of merit.

“Merit” is the key word in that last sentence, and precisely the characteristic we should be plucking out of this mire of easy absolutes. Plant species should be evaluated on their merits and their faults, and how they adapt to, function in, and sometimes remediate specific conditions of soil, exposure and climate, all while providing for wildlife populations.

Making these determinations irrespective of labels that designate a plant “good” or “bad” based on human chronologies and borders will aid us (and the wildlife we adore) to navigate a planet facing the pressures of climate change and overpopulation.

The use of native plants should be encouraged as a means to an end, not the means to an end. Reflexive demonization of alien species ignores the beautiful but complex truth that nature fights to find a way—and for a planet navigating the pressures of climate change and overpopulation, that just might be our saving grace.

“Native plants are plants that grow naturally in a particular area or ecosystem” says the introduction to native plants in the Bureau of Land Management’s Junior Explorer Activity Book. A harmless sentence in a child’s primer—until you recognize the subtext quietly absorbed by young minds: Non-native plants are not natural.

“Natural” is a powerful word, and today’s young people are tomorrow’s consumers and decision makers. If something is not natural, it is artificial, and suspect. And yet, in this context—pitting plant against plant—the absolute opposite is true. 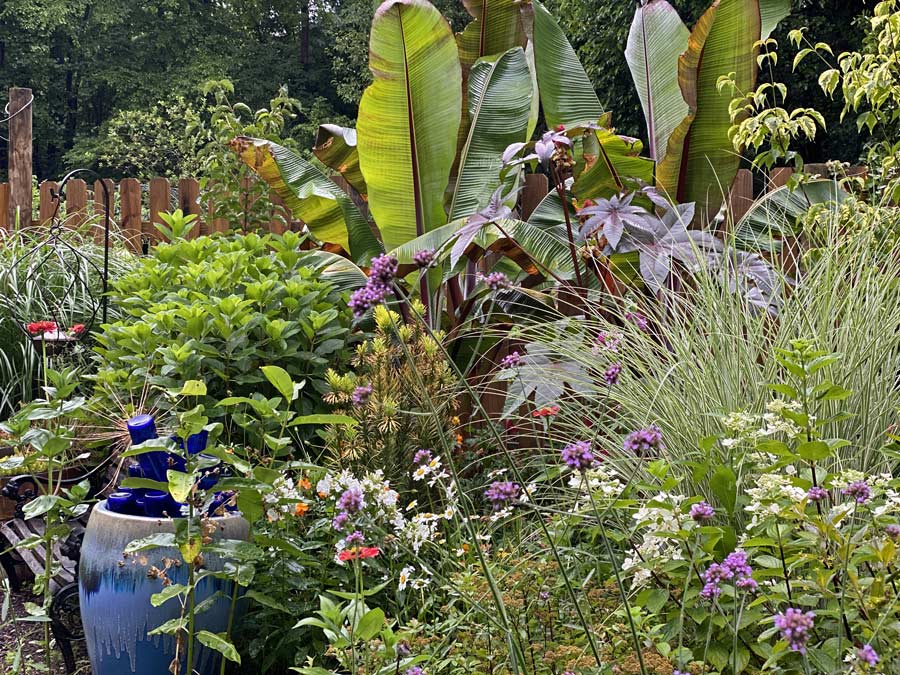 A strict adherence to a “pure” native plant landscape, with all of the editing, eradicating, and protecting necessary to preserve it, puts an unnatural construct on nature and natural selection—a process that does not issue passports but instead relies on ecological adaptability to determine if a plant will survive or fail. Nature does not tag favorites beyond these criteria, and gives no preference to human economies or personal attachments.

IS A STATIC ECOSYSTEM “NATURAL”?

Were I to give up on my annual quest to rid my woodland of multiflora rose (Rosa multiflora), I am well aware that a very natural process would resume once I stopped directing traffic.

This invasive species would once again take the upper hand in the landscape, working inevitably toward a new, balanced, but completely unrecognizable ecosystem whose evolutionary partners I can no more predict than I can control. It might take 5 or 500 of my lifetimes to create, but a human lifetime on a 4.5-billion-year-old planet is many times less than a second, a fact that we appear to have forgotten in our myopic quest to curate static ecosystems…