Cornell on Lawn Care: Do Less!

Because it’s early spring and ads telling us to “green up” our lawns are starting to proliferate, it’s time for some expert lawn-care advice from people who give a damn about the environment. Do less and have a healthier lawn and garden by following Cornell’s low-maintenance lawn-care advice, which I first wrote about in this post five years ago. Susan

Lawns have been attacked for some years now, with claims that they require obscene amounts of water, fertilizers, pesticides, and gas-guzzling mowing, so of course the only responsible thing to do is to get rid of it all, right? But lawns are so useful they’ll always be with us, and are the criticisms even warranted? Or do Americans just need to change their lawn-care practices and expectations of golf-course perfection?

Now Cornell, long-time leader in lawn research, is out with a terrific new Turfgrass website, plus the easy-to-follow “Lawn Care: The Easiest Steps to an Attractive Environmental Asset“(also available in free ebook). It’s the work of Extension Associate Lori Brewer, who told me that with her environmental background, she wanted to “change the world” by promoting better lawn-care practices and attitudes.

Responsible lawn care is so very important, yet the topic of lawns was very polarizing within the Master Gardener groups she works with in New York. Many were not equipped to answer questions from the public, and lawns are the most asked-about subject.

So she decided to boil down the information into its simplest, essential form – “Just do these most important things” – and the message had to be conveyed with very limited sources. Thus, online and in a multi-media e-book.

With major headings like “Do Less,” you know it’s not going to be your grandfather’s lawn-care advice, but it’s also not going to be the total condemnation seen from some quarters. It takes the more enlightened position that “A well-managed lawn is an environmental asset” because it aids in erosion control, improves water quality, and filters air pollutants. Lawn alternatives are recommended for spots where lawn doesn’t grow well. 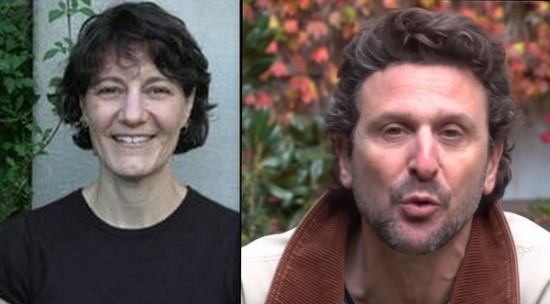 So if you have a cool-season lawn (these species), read on to find out how Cornell (and increasingly, other Extension universities) recommends that you care for it. They bust some myths in the process.

Lori worked with Cornell’s famous lawn expert Dr. Frank Rossi and others, boiling their wisdom down to its essential bits, a task that Rossi knew wouldn’t be easy because “It requires more than 140 characters.”

Conventional wisdom is correct that grasses need about 1 inch of water per week, but only during periods of active growth. That means spring and fall, when there’s usually ample rainfall, anyway.

Then during the heat of the summer, cool-season grasses slow their growth and may even turn brown but are probably not dead. Studies show that as little as 1/4 inch of water over a three-week period can be enough to keep the sod alive. (Use a rain gauge to measure your rainfall. )

“Most home lawns with modest expectations do just fine with a single late-fall fertilizations mid-September to mid-October.” So for what Cornell calls “highest quality” turfgrass, several feedings are needed per year but for most homeowners, one application is plenty. Americans, does your lawn really need to look like a golf course? Time to adjust your expectations!

(Feed again in the spring only if the lawn is thin or winter-damaged, but wait until the soil has warmed up to 55 F.)

Well, the evidence sure doesn’t support any claim that they’re better for turf. They do introduce organic matter into the soil, which is a good thing, but synthetic fertilizers offer some advantages over organics: you know exactly what’s in them, including zero phosphorus to protect waterways; they’re cheaper and easier to apply (because of the smaller quantity of product needed); and they can be applied at lower soil temperatures.

More important than the source of the fertilizer is whether it’s released slowly enough to protect the waterways from fertilizer pollution. So just choose a fertilizer that’s at least 30 percent slow-release (water-insoluble Nitrogen) for normal soils or 60 percent for sandy ones.

Weedkillers are Probably Not Needed

The good news, according to Rossi, is that the majority of public with lawns use NO herbicides at all. But if hand-weeding isn’t doing the job he recommends selecting an herbicide that poses the least risk, as spelled out by the EPA in their list of over 100 herbicides.

The best defense against weeds, of course, is following sound lawn-care advice to produce a nice thick lawn and patching the bare spots, too. (I was surprised that Cornell’s lawn-patching video doesn’t mention covering the seed with straw, but Lori says it’s really not needed.)

Cornell also invites us to change our expectations for uniformity and just live with some weeds. They even suggest it’s time to rediscover the virtues of white clover – that instead of a weed, it converts Nitrogen in the air to a form the plants can use. So having clover means less need for supplemental fertilizer.

Cornell makes a big deal out of mowing correctly because it’s essential to preventing disease. They even go so far as to suggest that if you think your lawn needs a whole renovation, try mowing correctly for a year first because that may correct the problem.

So it’s about sharp blades, mowing high, and rather than the usual admonition to never remove more than a third of the blades at one time they recommend following the much easier “clump rule.” “Mow often enough to avoid piles of grass clippings. This might be every 5 days in the spring or not at all during summer drought and every 7-14 days the rest of the season.” See, that advice I could follow.

Rossi believes that if lawn-care professionals were trained in these practices it have a enormous impact. What’s needed is a tool for evaluating and certifying them, which would incentivize them to adhere to best practices. And with funding, he and others at Cornell could produce such a tool in about 18 months. (Hint!)