Winter Colour in the Garden

Well, how do we feel about him? A knitter, embroiderer, patchwork maker, teacher and writer. Famous in the UK, travelled here from California. For many years such craft workers have been predominantly women, (though, small nudge of pride, my father was an embroiderer). Yet Kaffe Fassett is a man who managed to get knitting taken seriously, from a hobby or ‘pastime,’ (that word gives me the horrors) to a craft worthy of a show in the Victoria and Albert Museum, London. He was an outsider who transformed a whole world. 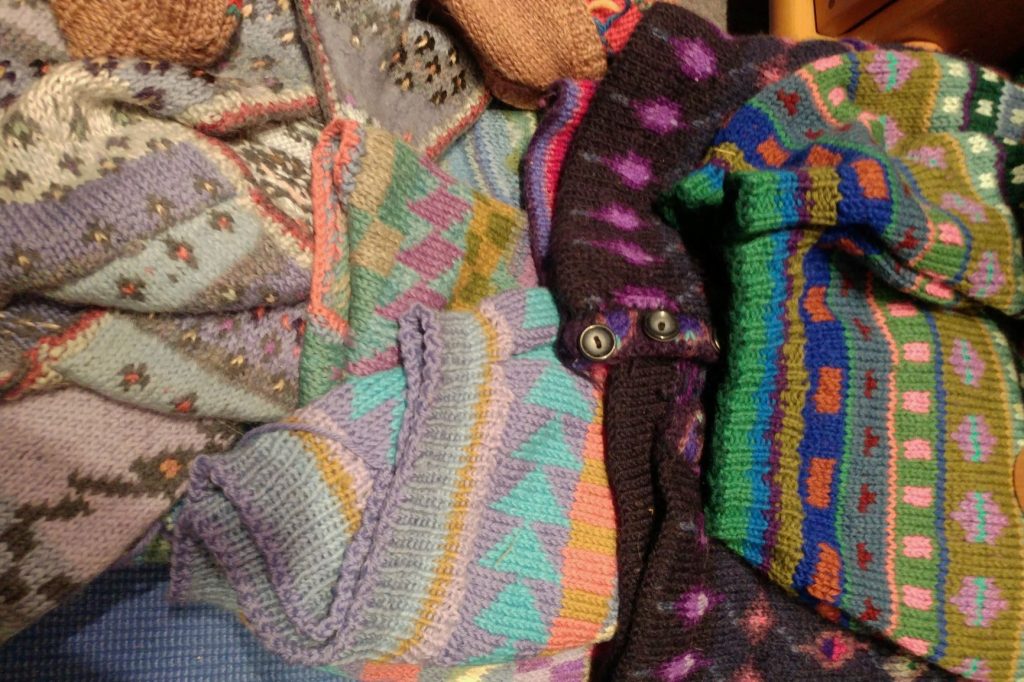 Some of my knitting, influenced by Kaffe Fassett. Not a patch on his!

I’ve been thinking about how Kaffe Fassett not only transformed my knitting, but also my garden perceptions. He made me see the beauty of the British countryside and gardens in winter. I queued up for one of his lectures and came away enlightened. 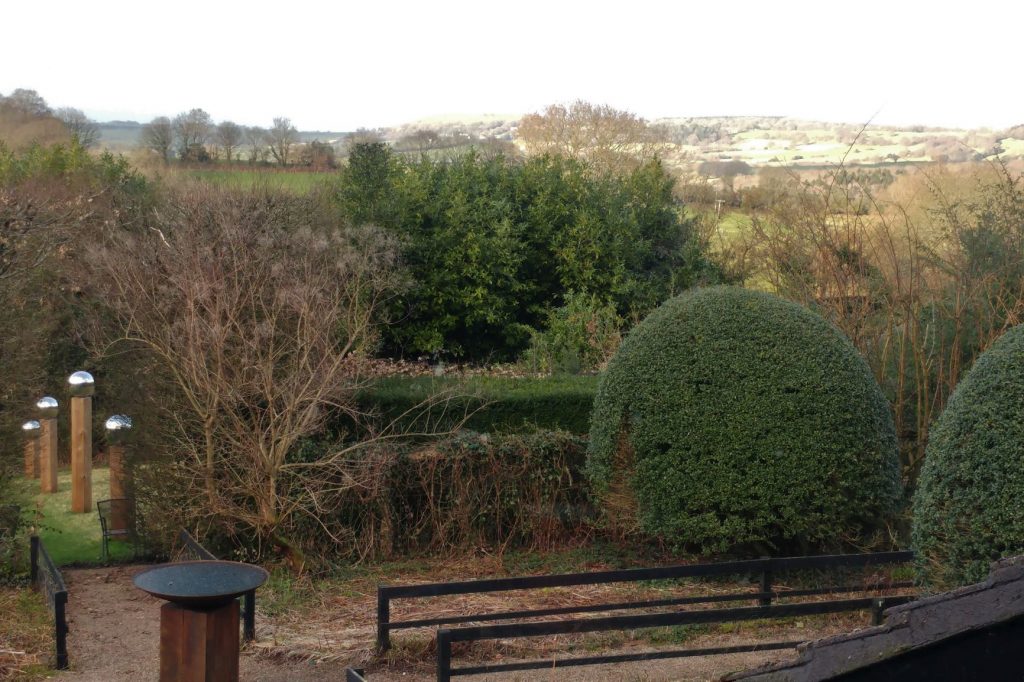 I love the foreground browns, black and greens – and the distant light on the hills, showing us pale green and beige. Charles (the professional photographer and my photo critic, dismissed this picture. But I think he perhaps changed his mind…)

Kaffe told us how he came here, from California, and became enamoured of our winter colours: the browns, greens, greys, beiges and pale yellows which play with each other in our countryside.  A good word for it, enlightened – ‘archaic: shed light on’ – because sunlight also adds magic to these colours. He used the colours in his jumpers. And I have never since stopped appreciating our subtle, drab and beautiful winter colours. 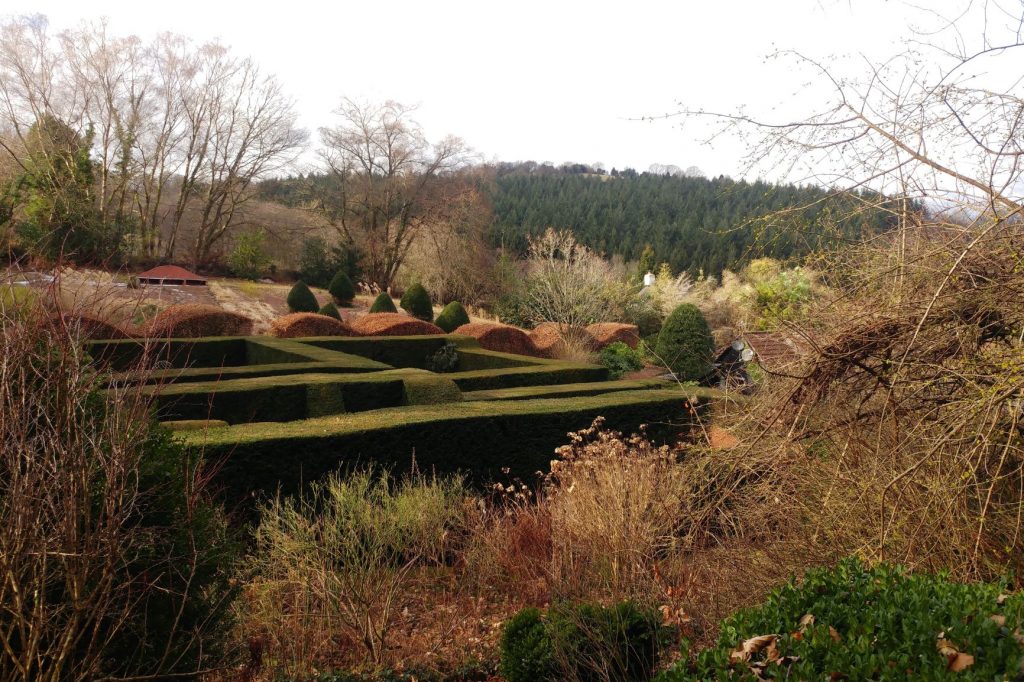 The browns are actually extraordinarily rich.

The inevitable tradition in the UK media in winter is socking it to us with ‘winter gardens’ full of garish cornus stems. I can love these colours too and I celebrate them in my garden in summer but I’m into subtlety right now: it’s my season for it. I think it’s a time for something sombre and subtle. 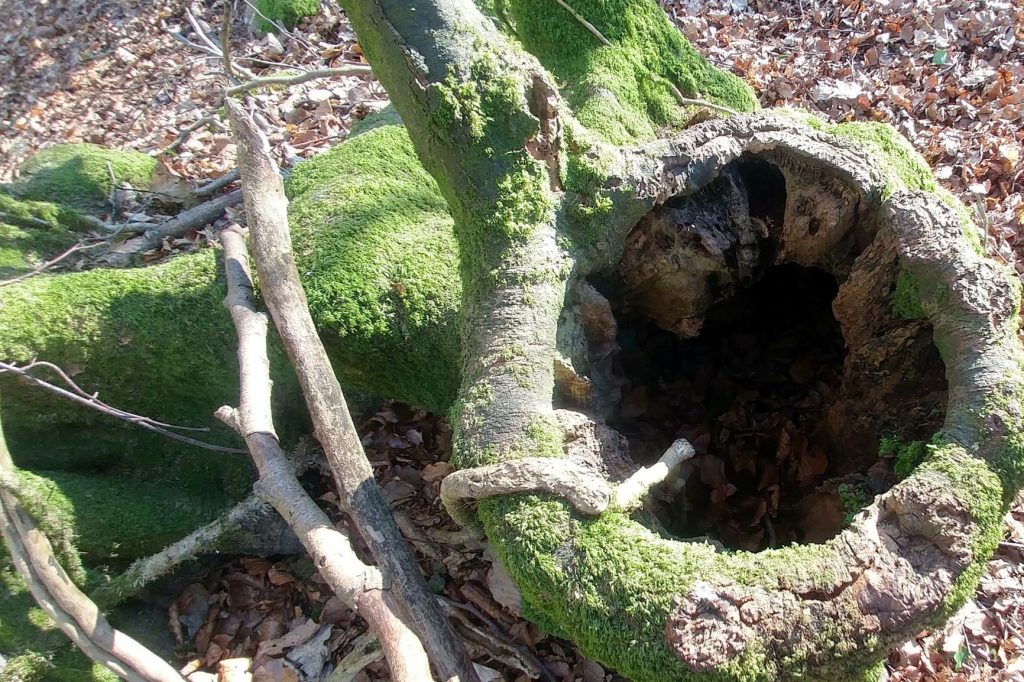 When you start looking……

Kaffe is brilliant at helping us to see. I can’t quote him on winter colours, as that was in a lecture, but here he is on bricks. He initially saw London’s brickwork as ‘a dismal non colour, especially drab and sad in the grey light’, then he took a closer look:

‘It was as if I was seeing it for the first time! There was an intense world of colour waiting to be perceived. Grape purples, flame blues, rusts, plums and endless shades of ochre and camel…” (from Kaffe Fassett at the V&A)

Well, for this reminder to really look we must applaud and appreciate this man, who muscled into our world and helped us suddenly feel pride in our crafts and then also opened my garden eyes.

Has your garden world ever been illuminated and enhanced by an outsider (of any gender)? Does it take an outsider to wake us out of horticultural torpor? 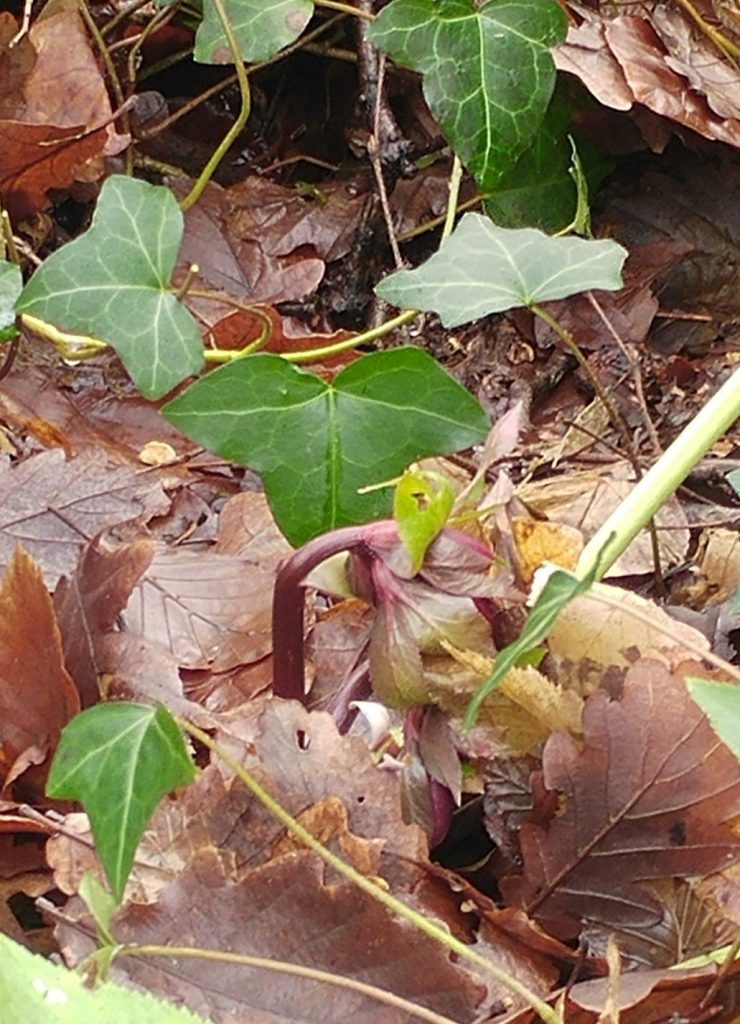