Armitage on pronouncing plant names: Get the syllables in the right order, then fire away 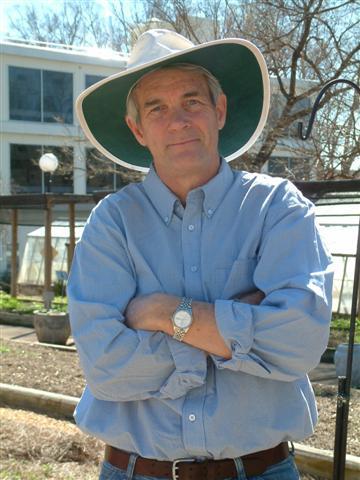 From the GardenRant archives, this post was originally published in December of 2008.

I wrote this a number of years ago after I discovered gardeners, even students, were intimidated when trying to give scientific names. They said they felt silly especially if they were with other gardeners whom they were sure “knew everything” and might correct their pronunciation. Now that everyone wants to use plant Latin and plant Greek, here is the next barrier to overcome.

Most people like to pronounce names with some degree of confidence. Scientific names can be intimidating and often we will not say them for fear of sounding ignorant. Like anything else, pronunciation is something that one feels confident with only with continued use. If scientific names are seldom part of one’s gardening vocabulary, we will always stumble and stutter. I have provided pronunciation guides for most genera and specific epithets in my books, as “correct” as I thought possible, but with a definite Armitage bias as well. And I often get skewered by linguists and editors. However, let’s get real. Does a person in Germany pronounce a genus like a person in Ireland, or Holland? Of course not. Does it really matter if paniculata is pronounced (pa-nik-ew-lah’ ta) or (pa-nik-ew-lay’ ta)? I prefer to pronounce Stokesia as (stokes’ ee-a), in recognition of Dr. John Stokes, for whom the genus was named. However (stow-keys’ ee-a) is commonly used and equally understood. I read comments in Internet articles and can even hear proper botanical etiquette through my speakers that someone has posted. They are all very well done, and most differ with each other. In teaching my students and talking with growers, landscapers and gardeners, I had to come up with an easy rule. So, here is the Armitage Method for Plant Pronunciation. “Get the syllables in the right order, then fire away.”

Don’t worry about sounding silly, it is only the garden snob who continually tries to correct you. And who needs snobs in a garden?

I have a question for Rant readers. How do you pronounce clematis? I have been corrected on this a number of times, and I’d love to know how others say it.—Elizabeth

Dr. Allan Armitage is a well known writer, speaker, and horticulturist. Born and raised in Quebec and Ontario, he later lived in East Lansing, MI and now resides in Athens, GA. He has worked with landscape plants and greenhouse crops in the North and South, and travels the world speaking and sharing his passion for plants. Armitage holds his B.Sc from McGill University in Montreal, his M.Sc. from University of Guelph, and his Ph.D. from Michigan State University.

Allan has written 17 books, countless academic papers and hundreds of articles for both professional and weekend gardeners alike; including a monthly column in the national greenhouse publication, Greenhouse Grower for over 30 years. To view informative, and instructional short videos filmed in his personal garden, visit his YouTube channel. 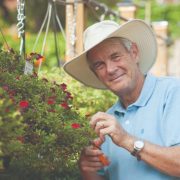