Pissing Away a Privilege and a Newly Invented Theology: A Letter from The Midwest.

It was a great relief to receive your most recent letter. I was a bit worried my previous letter to you might have been a little on the harsh side. I apologize for shining so much light on how much you like to complain.

It was very generous of you to say that I’m the better person in your last letter, but the fact is–and we both know this–we could squabble all day on the issue of which of us is worse. While it would be terrific fun for us, I fear that it would immediately become a head spinning stew of sarcasm and snark, seasoned with a dash of generosity and a heaping cup of stark truth that would quickly lead our readers to advanced illness. And, of course, they depend on us. 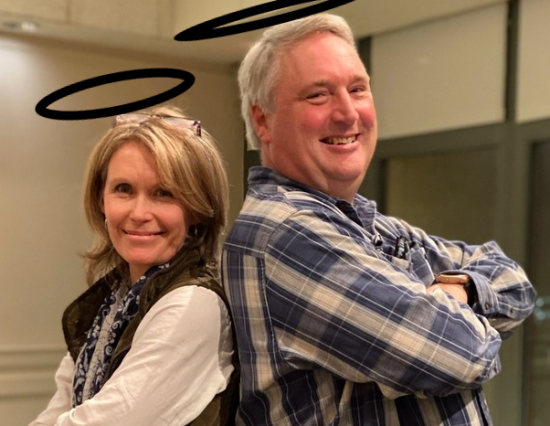 A pair of real saints!

That said, Michele and I would both like to thank you for putting a call out to your minions who were camped out across the street and taking pictures of us every time we left the house. While we’re not sure if it was your texts or the cops that got them to leave, either way, we’re not feeling as scared.

All that said, I must confess that I am truly ashamed of myself. It was terrible how I took all those little things you said in your letter and then isolated them from context and twisted them just to amuse myself and others. And the giddy pleasure I took from doing it now saddens me. Worse, I was levelled when I realized at how gleefully proud I was for how easily this came to me! This was not a skill I had previously known I had! Yes, I had a vulnerable moment after two weeks of gray skies and some quality time with a bottle of bourbon, and, Marianne, it became a glaring moment of truth. I came face to face with my own wickedness.

But later on I thought up something that made me feel better about me. And about you. We each have got a big time redeeming quality. Although it sometimes confounds us and occasionally feels like a curse, we are gardeners. And, I’m all but certain that that scores some major ass brownie points with the Universe! 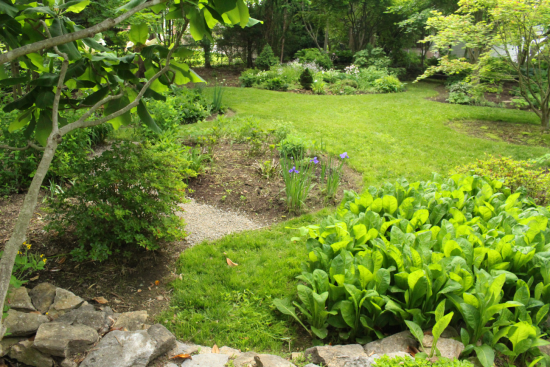 My back forty. An example of what a slightly skilled gardener with a lot of nervous energy can do with a typical suburban yard.

I think I’m onto something here. Something big. In the whole of human history who knows how many people have lived, right? Billions and billions, at least. Some good, some bad. Of all of those people, how many have owned land? I’m willing to bet it is some tiny, tiny fraction of that proverbial one percent. But, in the last 100 years or so, in some parts of the world, that has changed. Nowadays, it’s almost routine for common people like you and me to own a piece of land.

When the Vanderbilt’s built the Biltmore, they imposed horticultural greatness on every square inch of the giant acreage. Stinking, filthy rich as they were, they understood and appreciated their privilege. And they accepted that responsibly and I’m sure the Universe approved. 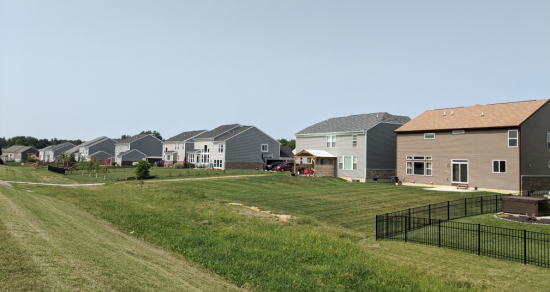 Now that land ownership has spread to the masses, this is what we do with it.

I hope you’re still with me, because here is where this is going to blow your mind. Out of all those people who have walked this planet over ten million years, if you are one of the infinitesimally tiny number of lucky ones that winds up with a plot of precious, productive earth to call your own, and, then, all you do is park a car on it or turn it into a lawn, then you could be a truly bad person. You were give a precious, precious privilege, and you’re pissing it away. And I don’t think this is something that pleases the Universe very much. 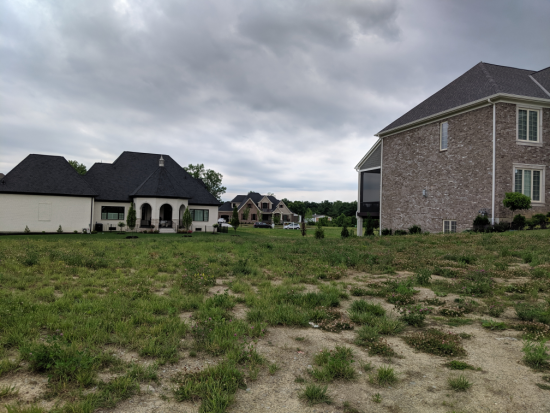 The Universe is not amused.

So I’m feeling a lot better about both of us now. And other gardeners too. I think there’s a special place for us somewhere up there when this mortal coil spirals apart. Even gardeners of ugly gardens. I think the point is that people who garden, those who look at God’s green earth and then set out to improve upon it, are just better people. They understand that being given a deed to land is very special, like when the nurse hands you a newborn baby, or like when a sheriff serves you papers. 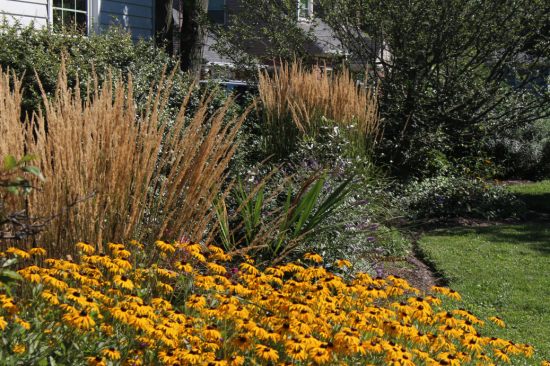 My troublesome front yard. A work in progress, but a garden that might be good enough to get me into heaven despite a checkered past. 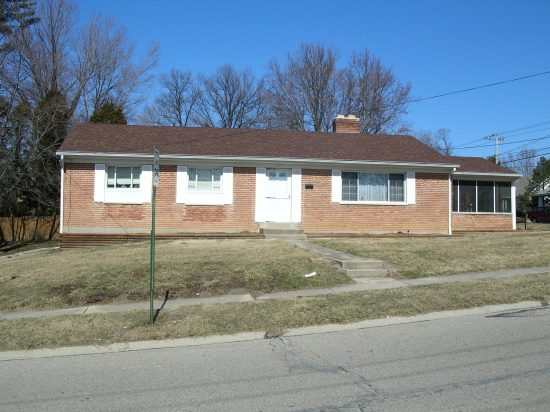 While this guy had better be working at the soup kitchen 24/7!

Marianne, I’m tired. Very tired. This type of thinking really takes it out of me. And I’ve probably strayed beyond that which I can coherently state. I’ll let you try to digest all these thoughts and make sense of what you can.

My Home Alone Canna, Kevin, is dead. You and a few others told me it wasn’t too late to save him, that I could dig him up and bring him inside, and he’d be fine, but I never found the time or energy. RIP, Kevin. He was just a Canna, and, the only one I had. So, seriously, what good is a single Canna? I probably did him a favor.

Someday I should tell you about all the mistakes I’ve made in my life and in my garden that have kept me from growing tropical plants. Orchids too. I keep thinking, if I live long enough I’ll get around to them. Maybe if you send me a copy of your new book…