I’ve gotten into the habit of blaming a lot of things on 2020. And most times, maybe every time, despite how knee-jerk and rote I’ve assigned blame to it, it has turned out to be deserved. I’m adding to this already long list the dour state of mind your last letter and your 12/15/2020 Stay Safe rant revealed.

I have to admit, I never know how to react when people complain about common, run of the mill, everyday things like you kept doing in your posts, especially when the offending grievance is one that has not yet gotten on my nerves. I’m afraid I’m incapable of being helpful or appropriate in such situations. I need plenty of prep time to build up a supply of constructive suggestions, or even a witty observation. “Stay safe,” so far, has stayed okay in my book. Certainly, no worse than any other such simple salutations as “Have a nice day” or “Take it easy.” It follows the same basic principle as those, it just adds a pro-active recognition of our current plight. I know no one needs any reminders that COVID could be lurking in every sniffle or on any nickel, but, by the same token, I can’t even remember the last time I “took it easy” or even “had a nice day.” 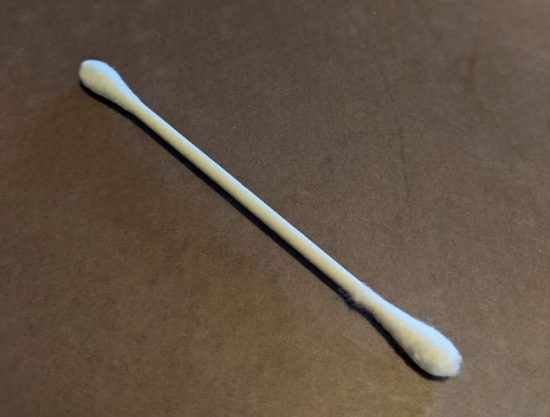 In the spirit of your last two Garden Rant posts, I am going to make each caption a current aggravation of mine. First aggravation: Q-tips that have big, fluffy cotton balls on one end that make for an enjoyable ear-cleaning experience while creating the complacency that leaves you vulnerable to the other side, which has just enough cotton to disguise the razor sharp point of a spear that lurks beneath.

Such phrases, mindlessly expressed though they may be, are important. They serve as a crutch that allows us to extend a friendly greeting without having to come up with new material every time. Forced to do that, I, for one, would be a disaster. I don’t handle that kind of pressure well. Cliched though it is, a polite, “Thank you for your service” is, for me, a godsend. Without it, I would be nervous, fumbling, and there is no doubt in my mind that, although totally well-intended, I would spill some insane jumble of syllables like, “Thank you for all the C-rations you ate.” Or, “Thanks for allowing yourself to be shot at.” Or, “Thanks for lobbing grenades into bunkers.” No, I’m fine with uttering a hackneyed, worn out platitude over and over and over again if it prevents me from saying dumbass shit like that.

That’s why I write, I think. In person, if I offend someone there is a near 100% chance it was because I was trying to talk and said something wrong. When I write, I can pause, think, edit, rewrite, edit again, and then have my wife read it over and mostly rewrite it. Consequently, the odds of offending people come down by at least half. And even some of those people would have been offended because that had actually been my intent.

But I understand your mood. I’ve been in a state for the last week or so myself. We’re in a bad place. Not only are we in the very worst time of the year, but this being 2020, we’re now in the worst part of the worst year! Horrifying! 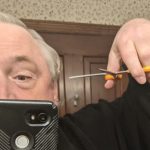 Aggravation #2: Trying to cut your own hair in the mirror, both arms always going in the wrong directions, the scissors repeatedly lurching directly towards your eyes.

But guess what? Tomorrow the days start getting longer. It will still be cold and gray for quite some time, but something in the air changes when the days are no longer shrinking. It seems like the birds chirp more. And happier. The phantom scent of a baseball mitt occasionally checks in. And, I swear, for some reason even traffic seems to flow with a trace of optimism. 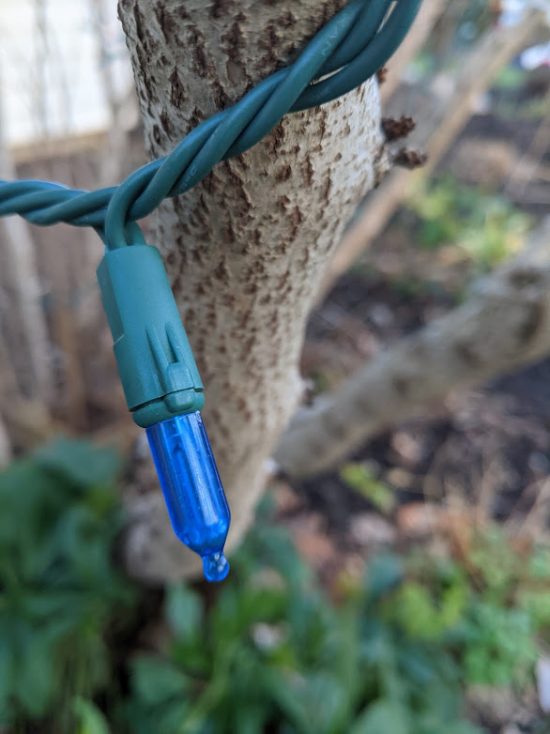 Aggravation #3: Despite testing Christmas lights before stringing them, they fail to work after you risked life and limb to hang them from a parapet or some other high place.

And soon garden catalogs will start arriving. And soon after that I will be spending long hours in the basement, staring at miraculous, small, green, life-affirming, soul-saving cotyledons, each of them delivering the promise of a new season, a new year, fresh adventures, beauty, bounty, and better days. Somehow, they deliver all this in the dead of winter, despite howling winds and swirling snow just outside the cellar door.

I wish there were a way to bundle all that into a handful of plant-based, daily platitudes we could dispense when we want–for whatever reason–to acknowledge other people. Wouldn’t that be wonderful? To the guy at the Post Office, “Thanks again, and be sure to sow your seeds!” As you drive off from the cop who pulled you over, “Wishing you many cotyledons, sir.” And to the hapless FedEx driver who has turned up at your back country doorstep, ashen and shaking, having barely survived a truly harrowing trek to deliver whatever urgently needed sling blades, anti-venom, bridge gusset plates, ammo, or whatever else you ordered for next day delivery from Amazon, you could say, “May all your days be getting longer.” Then offer candy. And then cackle.

I laughed, somewhat bitterly, when I read that bringing your Begonia luxurians inside fell through the cracks. Out of your many hundreds of tender plants, that single one got the Home Alone treatment? In my garden, I had exactly one tropical plant I had intended to bring in–some Canna I had grown from seed, and, dammit, somehow I forgot about it. And it wasn’t because of bedlam. There was no confusion. No shell game of moving children in the midst of multiple big families all excitedly mixing together. Nope. It was like there was just me and Kevin sitting there together, and I got cold, got up, forgot he even existed, and went inside and locked the door. Just up and left his ass out in the freezing cold. This is why I can’t have nice things. Like Cannas. 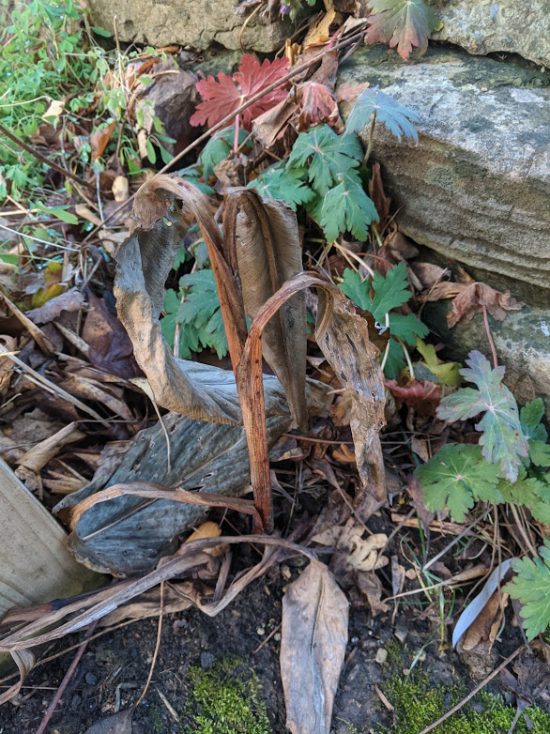 Aggravation #4: Having one tropical to bring inside and forgetting about it.

I’d better go now. We have a lot of Christmas to get together still, and I might be able to help Michele with some of the more menial tasks. Or, at least make our drinks. So Happy Holidays! Chin up. I think ’21 is going to be a good year.