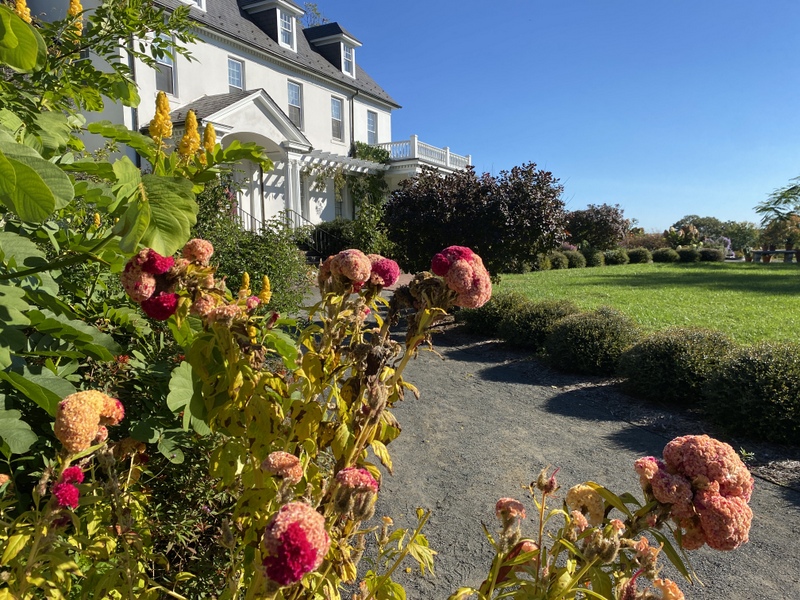 First we all read the big news – that the American Horticultural Society, in order to survive financially, has decided to sell the 25-acre historic property in Alexandria, Va. that serves as its national headquarters, and is considering an acquisition by the American Public Garden Association.

Naturally that sparked a Facebook group called Stop the Sale.

And a petition, sent to me by local outdoor lightening designer Karen Olson Weaver, which began: “River Farm is one of the last public access parks available along the banks of the Potomac… Sign the petition to Save River Farms.” https://docs.google.com/forms/d/e/1FAIpQLSeipehOdtvEMCactmgHoaQ_R6XPK_92onLK7JnZSUnIlnsvJA/viewform

And the state senator and delegate for the area posted this article to a local paper:

American Horticultural Society (AHS) has announced that it is putting its headquarters, historic River Farm, the 27-acre property which represents the northernmost of George Washington’s five farms, up for sale on the open real estate market.

We have heard from constituents with concerns about losing this beautiful and historic property, on the bank of the Potomac River, to development.

Oh, I bet they have! To people who live near there especially, like the childhood friend I toured the grounds with last week, the loss of access to the property would be huge. 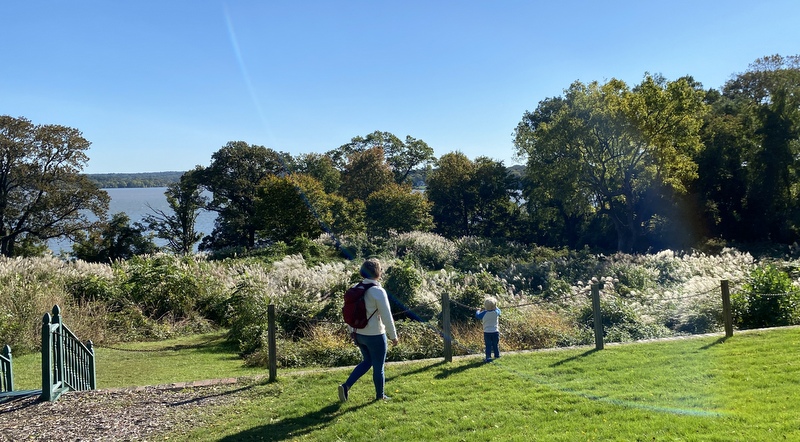 Interesting bits of news-to-me in that article include:

The American Horticultural Society first acquired the River Farm property in the early 1970s when Enid Annenburg Haupt, an AHS board member, donated the necessary funds. This acquisition followed an attempt by the Soviet Embassy to buy the property as a retreat during the Cold War. 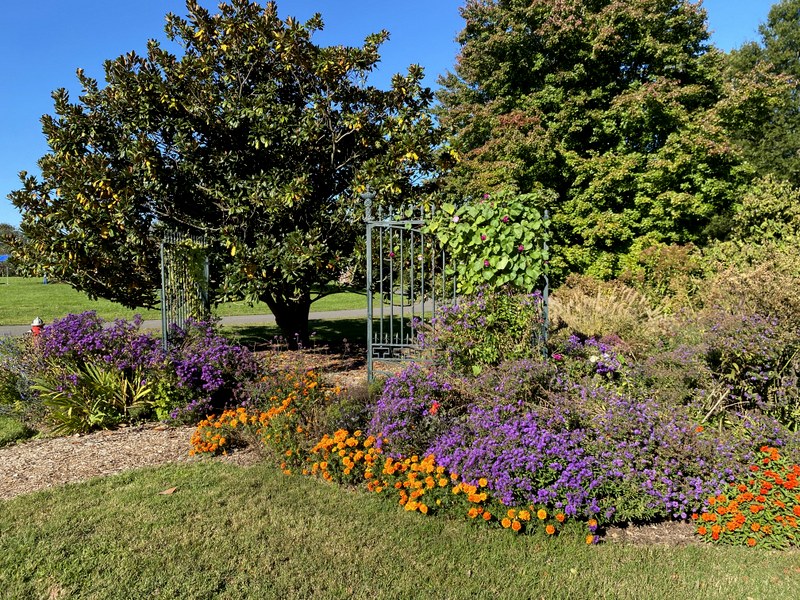 Also on the property are the White House gates, first installed at the White House in 1819, during the reconstruction of the structure after it burned during the War of 1812, and used for more than 120 years at the Executive Mansion’s northeast entrance.

We have joined a smaller fundraising group that will focus our energy on raising the necessary funds to purchase River Farm. 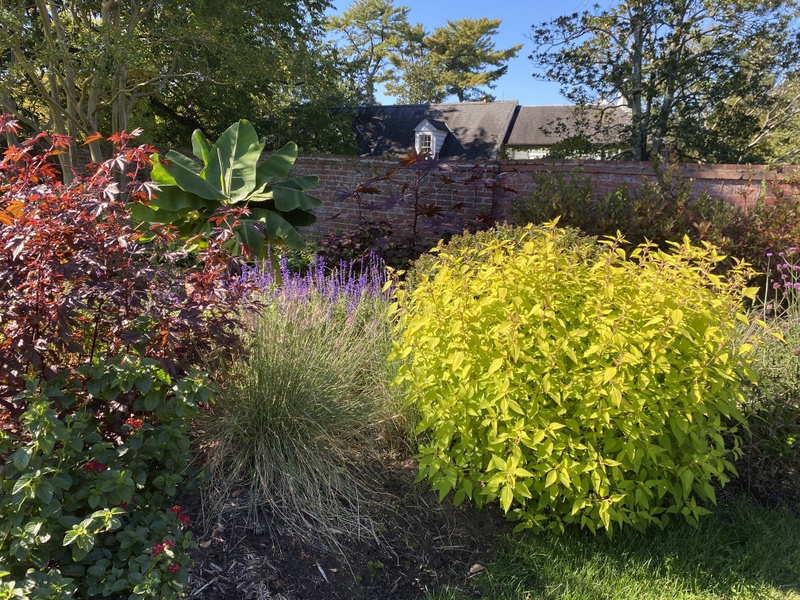 Then this week the chair of the AHS issued an update:

Rather than moving forward with a merger with APGA, our board has committed to maintaining AHS as an independent national nonprofit with its own board, staff and headquarters…As part of this new model, we are focused on building collaborative relationships with APGA and other like-minded organizations who have a shared interest in building and expanding horticultural programming and other initiatives across the country.

In order to move forward with this renewed vision, we are dependent on the proceeds from the sale of River Farm. These funds would create a significant endowment that has been the missing link in our financial viability. Our hope is to find a buyer – a new steward – for River Farm who will work to preserve this beautiful and historic property.

Is raising probably well over $17 million to buy River Farm and keep it open to the public even imaginable? Especially in what must be the most challenging fund-raising time ever?

I’m just reporting the news here, but I’ll add that enjoying River Farm last week on a stunning fall day made me appreciate it more than ever. It’s so sad to imagine its potential loss to the public. 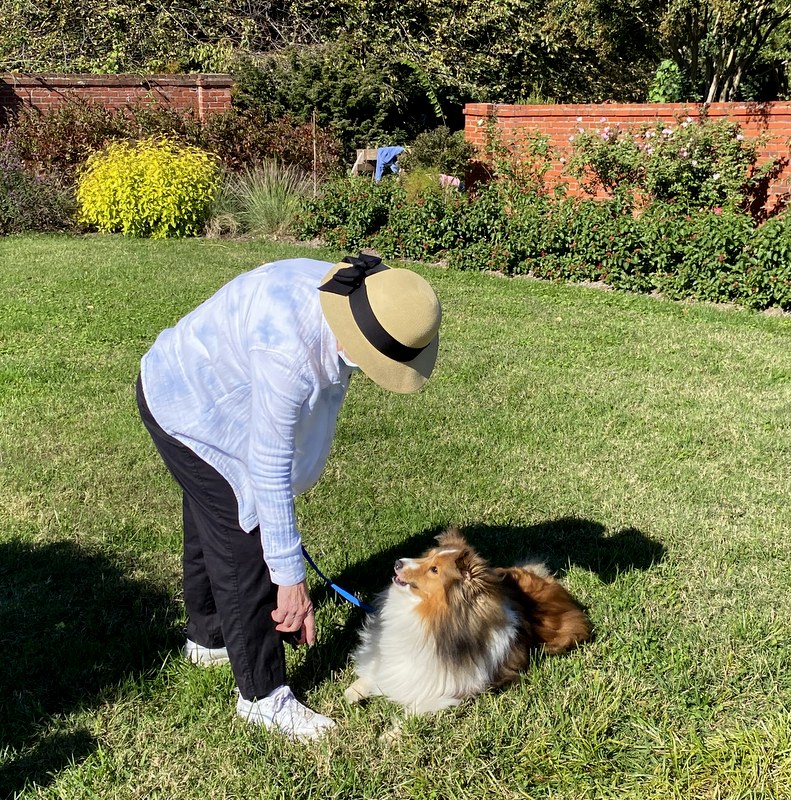 A nursing home therapy dog, sidelined during the pandemic, gets a training refresher at River Farm.