Lilies bring remembrances of sanity past 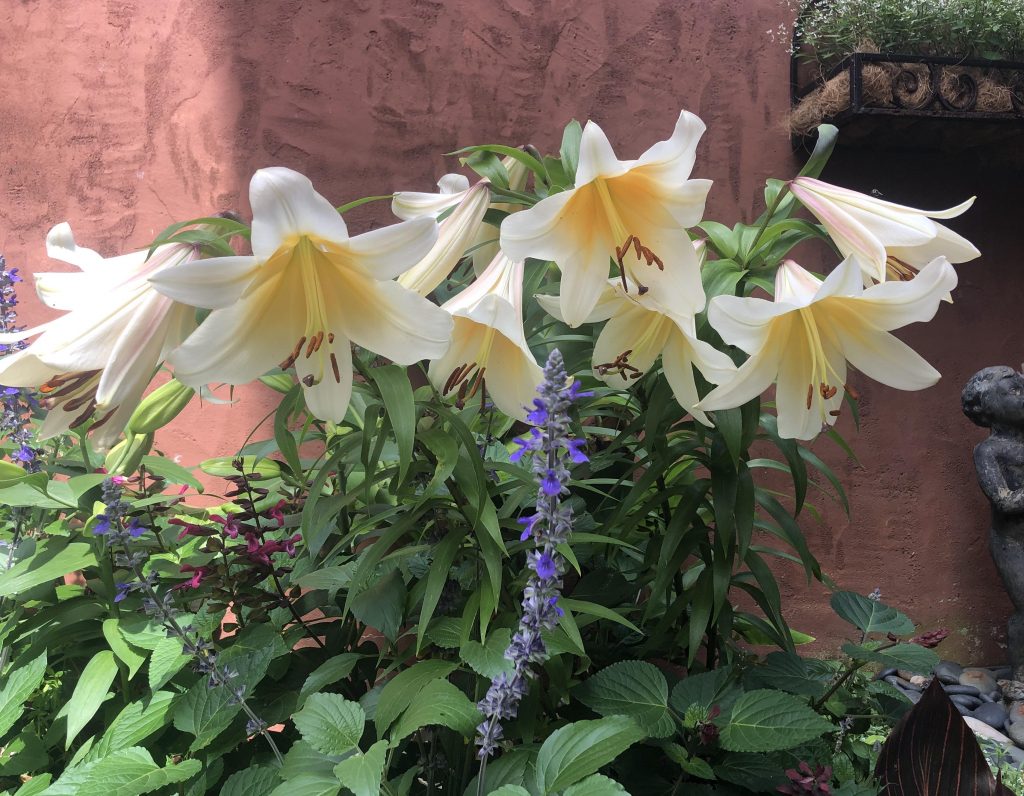 Marcel Proust did not overestimate the power of the senses to recall the past. As soon as the first wave of fragrance from my ‘Garden Party’ orienpet lilies hits, I am taken back to other summers. In many ways, they were better summers. It has to be said, this is a weird one.

In those days, as now, the scent of the lilies would waft out toward the sidewalk. Garden Walk visitors would comment, “Now here’s a garden that smells like a garden.” Neighbors would call out as we weeded our front yards. These things are still happening, in a sporadic, awkward kind of way. We have a limited Open Garden program during July, with masked walkers trickling in and signing contact tracing forms, and neighbors still pass, but our block club meetings are on Zoom.

It is a time of extremes. There is extreme weather to go along with extreme health threats and extreme social disturbance. In the first weeks of July, Buffalo had eight straight days of 90plus temperatures, breaking all previous records. This wouldn’t be a big deal in Houston, except that Houston is 1500 miles to the south of us. There, and throughout the South and Southwest, far more dangerous record-breaking temperature conditions prevail. As stated in a Washington Post article yesterday,  “In general, heat waves are one of the clearest manifestations of long-term human-caused climate change, with numerous studies showing that such events are becoming more likely to occur and more severe.” With all that’s happened, the Australian bush fires seem so long ago, but they weren’t, and they, too, were driven by human-fueled climate change.

We humans have been taking a lot of things for granted, but the primary misconception is that the earth will put up with whatever we want to do to it.  Sometimes I think that the earth might be trying to shake us off in any way possible, like a dog getting rid of excess water. This is fanciful, of course, and, in some ways, everyone staying at home has helped lighten our carbon footprint. That’s unlikely to last though. The trend seems to be to keep the foot down on the gas as long as we can get away with it.

The garden is getting a bit of a respite this week, thanks to rain and milder weather, but the heat curve starts going back up again at the end of the week. And who knows what else might be waiting around the corner?

The lilies remind me to think of better days.