Thank you so much for your letter dated June 26th. During this chaotic, busy time, it reminded me that I’m still in this relationship, and just as importantly, it reminded me why. I’ll explain this a little later on.

Before I do, I want to address my Facebook overshares. I’ve been accused of this before, and I have brought it up with health professionals. Highly paid mental health professionals, actually. Through this I’ve learned new things about myself. Most of it is rather technical, but I now know that the primary cause of my oversharing is vodka and tonics. Thing is, my life is hard. Very hard. I live in the Midwest. Where everything sucks. Everything here can either kill you or leave you begging that it does. The Midwest especially hates gardeners. So the drinks are well-deserved, and the things I then say on Facebook are what they are. I do get “likes,” but, to be honest, I’m never really sure if they are true “likes” or just feeble reactions of worried “friends” who don’t know what else to do other than shake their heads and sadly click the icon. Besides, it’s only Facebook. Not like anyone sees it or as if anything could ever come back to haunt me. Right? 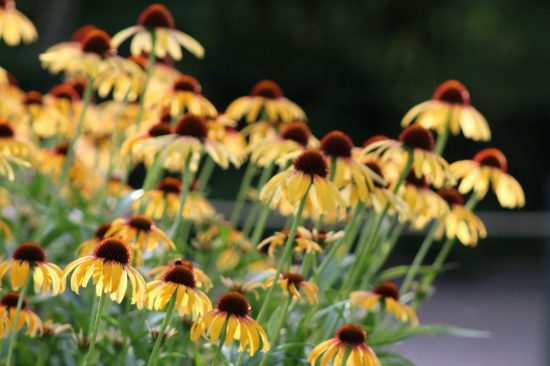 This Rant is a bit thin on horticulture, so I’m providing a parallel theme of beautiful Echinacea in photos and captions. This is Echinacea Fiery Meadow Momma.

Another thing before I continue. Apparently, I need to justify vodka and tonics over gin and tonics. That’s fine. I can do that, and it will all be based on things I know to be true. While gin is basically an English vodka, the addition of juniper berries and other various spices give it a unique flavor which takes it to another level. By artfully crafting their recipes, gin makers offer their customers interesting and lovely tasting experiences. Literally, millions of people the world over, English and those they’ve colonized, truly enjoy gin and tonics. Few are faking it. And yet, despite all this, there are some very good reasons why some people cannot drink gin. Mine is that at age 15 I drank way too much of it. Spent an hour, maybe five, enduring the trauma of my body trying its damnedest to expel the entirety of my digestive system onto the gritty, dirty asphalt of a drive-in right off the Mosteller Road exit in Sharonville, Ohio. Forty five years later, I’m still unable to disassociate the one thing from the other. 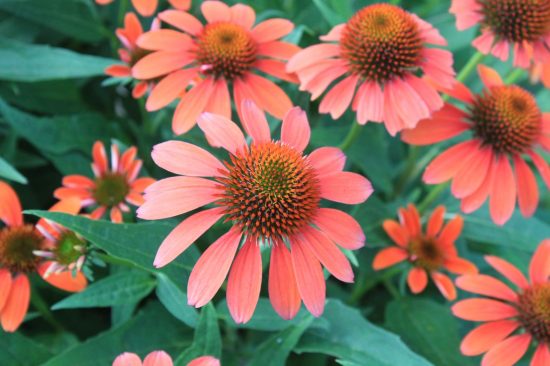 Echinacea Sombrero Orange, it is said, cures hangovers and even prevents teenagers from making poor choices!

So, for me, it’ll remain vodka and tonics, and, my, aren’t they refreshing on a hot day! It doesn’t bother me in the least that the only reason vodka exists is because peasants figured out they could make alcohol from whatever spare rotting vegetation the village had lying around, and the more it tasted like alcohol and the less it tasted like that from which it was sourced, the better. And that pretty much remains the goal with vodka even now. And while I realize that you were probably being snarky when you suggested I resort to Everclear, there’s actually solid reasoning behind your comment. In my defense, I feel compelled to mention that I’ve never made a habit of buying the expensive stuff.

One more stray item before I try to address the real essence of your letter. You referenced the band Cake. Recently, my son has been trying to get me into them, which led me to the horrifying realization that I might be old enough to be your father! Imagine, then, my relief when I remembered that we’ve managed to keep things platonic between us! A trophy girlfriend just wouldn’t work for me. I’m not confident anymore, and just too damned gross. But it did get me thinking about our relationship, as it sometimes seems an odd one. To me, although you are younger, it feels like you are more worldly, learned, and a million times more mature. This makes you the sage. Me? I’m just an average, at best, student. This gets reinforced every time you correct me when I get parts of things wrong, as I frequently do, or when I get all of it wrong, which also happens. Additionally, you have introduced me to many new things. 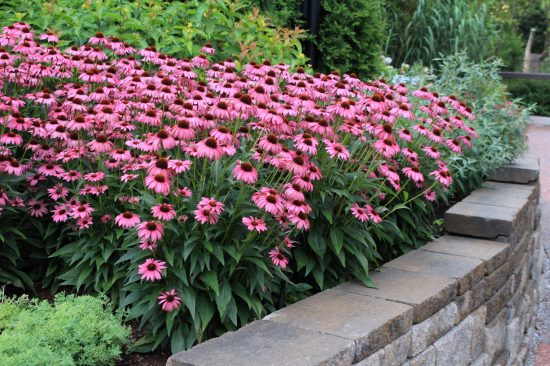 Case in point, I understood nothing in your letter after the parts about gin and Facebook. I have to admit that everything else was like it came from another world. I literally spent days afterward googling the various topics. I questioned friends and family too, and once a somewhat jittery random stranger in the park. Even now after all that, I feel only even marginally acquainted with stuff like Search Engine Optimization, Yoast, and something about worms. 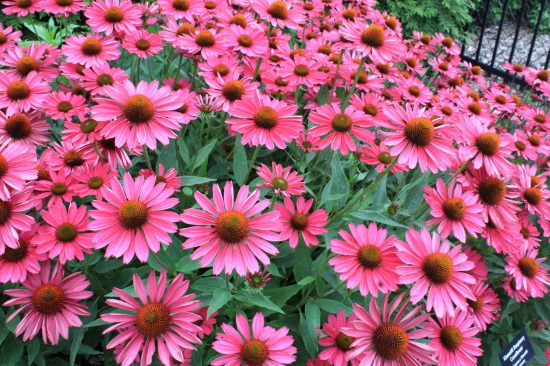 So, SEO is why all the crap that shows up in my Google feed is written so strangely! And badly. Worse, it felt to me that you also argued that tools like SEO, which exist merely to land any lame writer prime real-estate on a million billion feeds, are to good writing what roomfuls of Macedonian teenagers, their online accounts stuffed with thousands of rubles worth of bitcoin, are to honest and intelligent American political debate. It is inevitable, I think you continued, that between them–such bad garden writing and those horrible Macedonian kids both capturing the spare-minute attention spans of a million billion lemmings on their feeds–that our generation of mankind is doomed to witness the loss of basic human decency, the end of civilization, and fewer and fewer articles by Monty Don. If this is indeed what you were saying, I think you’re on to something! 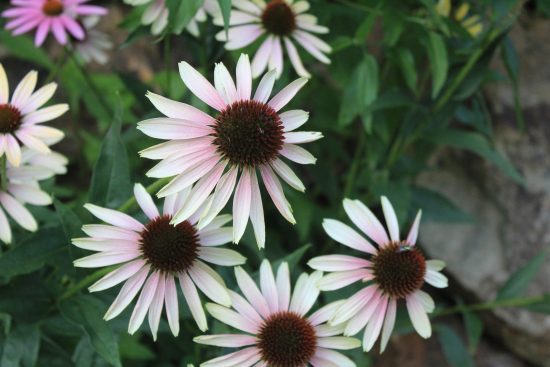 But I’m not exactly sure what I can do about it, other than to not care. By this I mean that I write to write, and always have. Even as a kid, I just wrote. All of it crap. As a young adult, I wrote more crap. No voice. No wisdom. Nothing to say and so profoundly aware of it. Eventually I found a passion in horticulture and scraped together some knowledge, and eventually a little confidence in that knowledge. An utter lack of pride and absolutely no ability to hide anything gave me something that might resemble a voice. Years and years of so many poor decisions infused me with maybe a bit of wisdom. Or at least some good stories. End result is that only now at age 60 am I able to like even some of what I write. Just enough to keep me at it. And just enough that I’m not going to change how I do it. I probably won’t even use fewer exclamation points, which, according to a paragraph deep into your letter, I might distribute too generously!

While still in my previous life as an airline employee, I took some part-time jobs in nurseries to learn plants. These were not jobs I needed, and the experience was somewhat enlightening. All the crap that bothered the “real” employees who needed their jobs meant nothing to me. Disputes, rumors, conspiracies, I just didn’t care. If my last day on the job was this one, so what? This sort of informs my approach to garden writing. I don’t need it. I only do it because I love it, and that’s why I’ll continue. Sure, it would be great if my stuff gets read, and making some money is always nice, but I’m not going to stop if those things never happen. I’m just going to write, and I’m going to write as I want it to read. Key phrases or whatever else be damned. 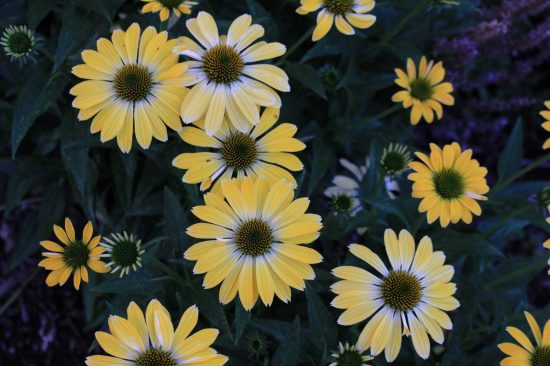 Once in a while the best way to play the game is to not play it. This feels like that to me. Today’s glazed glossing of a paper thin spray of half truths will grow old, and a new way will come that might, in fact, look kind of old. I hear the millennials are all listening to Cake on vinyl. Maybe today’s grade-school kids will grow up knowing that quality garden writing is really cool. Maybe they’ll even prefer books, and will on occasion walk (or ride a sleigh) to the local bookshop to buy them. Maybe one from Christopher Lloyd. Then, a few weeks later, one of yours. Possibly even one of mine. Of course, I’ll be dead, but at this point I’m perfectly okay with my genius being discovered after I’m gone.