A Gardener’s View of Pandemics 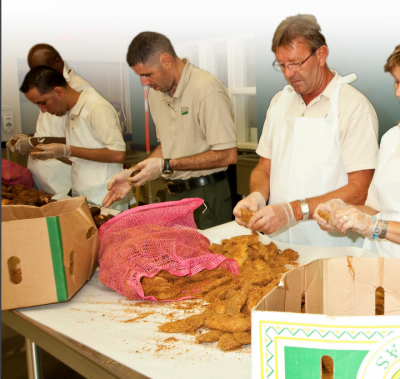 As a compulsive gardener, I’ve been accused of viewing everything through the context of plants.  Still, in trying to understand the looming coronavirus pandemic, I’m finding it useful to think about epidemics I have already experienced, and these have all occurred in the garden and my woodlot.   I think of “Dutch” Elm Disease (which seems to have actually originated in Asia) and which struck down the allées of American elms that shaded the streets of my childhood.  And of Beech Bark Disease, which has killed all the larger American beeches in our woods in western Massachusetts.  If we include invasive insects under the category of epidemics, then we should consider the woolly adelgid that killed most of the hemlocks in the eastern United States and the emerald ash borer, which is doing the same for our native ashes.

Indeed from the perspective of selected plants, the last century has been far worse than the 14th – the Black Death may have killed an estimated 30-60% of Europe’s human population, but the Chestnut Blight killed back to the roots virtually all of the American chestnuts, a keystone species throughout the eastern woodlands. 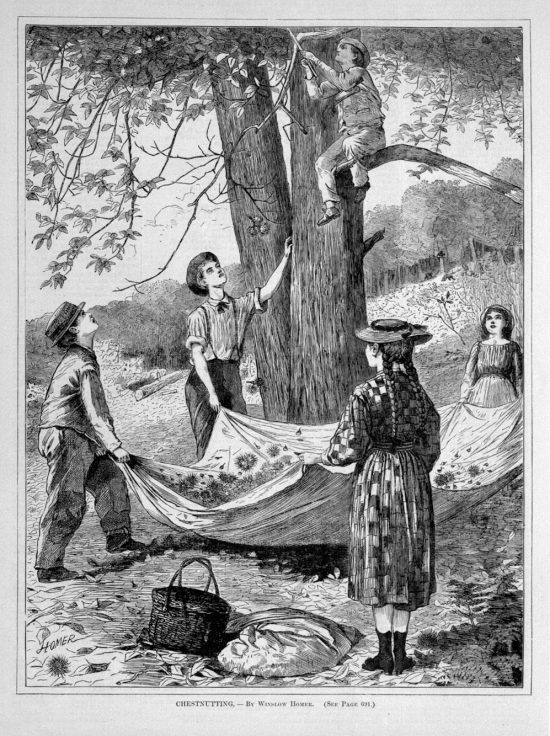 Pre-blight, American chestnuts were a cornerstone of the rural economy in the eastern United States

One point of similarity between human pandemics and plant epidemics is the accelerating pace of dispersal.  Global air travel has enabled the coronavirus to spread worldwide in a couple of months, whereas the Black Death, which was highly contagious at a time when its vectors, rats and fleas, were ubiquitous, took more than a decade to move from Asia to Europe via sailing ships and foot travel.

A similar dynamic has speeded up the spread of plant diseases.  Some years ago now, I interviewed personnel at an APHIS (Animal and Plant Health Inspection Service) plant inspection station in Linden, New Jersey.  The staff there was resolute, clearly committed to their job of keeping plant pests and diseases from invading our country.  But they were also visibly tired.  They looked exhausted, in fact, and in an unguarded moment one of them confessed to me that the inspections they performed at New York’s John F. Kennedy Airport, the principal entry point for foreign plants in the station’s area, were like dipping a spoon into a river as it rushed by.  Not a reassuring simile.

Plants and Homo sapiens are, of course, vastly different organisms.  Still, our experiences with the former provide food for thought.