What butterflies, bees, and clickbait have in common 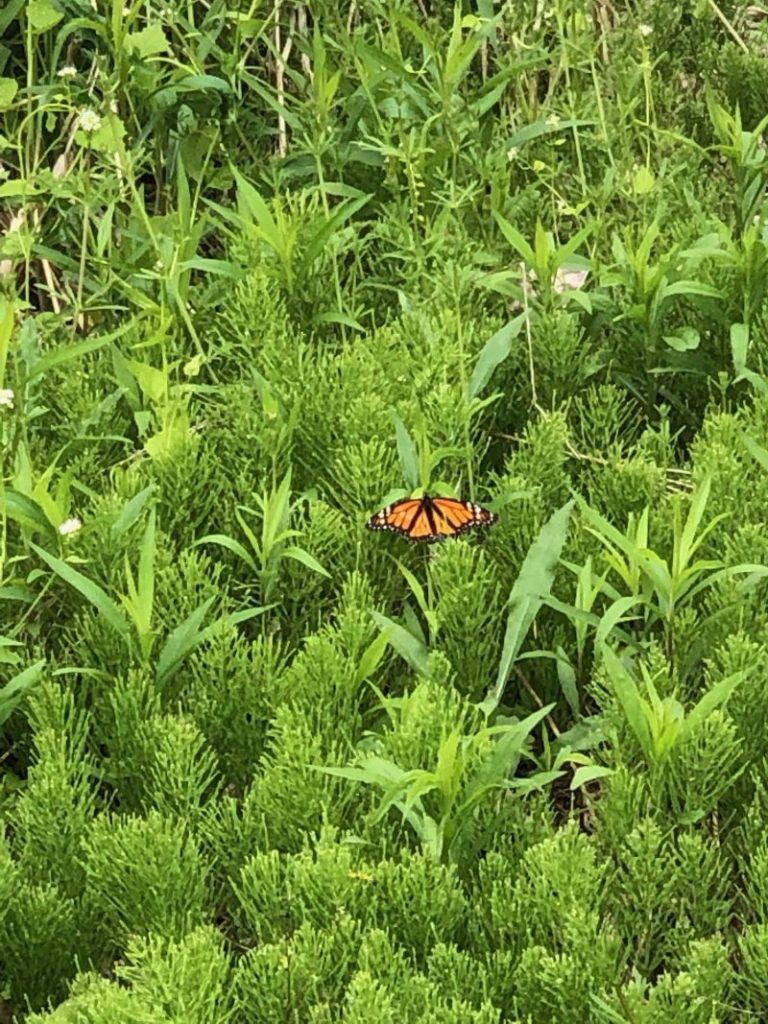 This was taken at a local nature preserve (the most recent butterfly image I had).

This weekend I will be moderating a panel on how, I quote, “the rise of fake news and the decline in local news is threatening our democracy and what we can do to stop it.” One of the panelists is Matt Taibbi, who’s an editor at Rolling Stone and who’s written a few books about the parlous state democracy finds itself in these days. I’m looking forward to it (moderating is fun). Do I think I’ll hear some hopeful words? Probably not.

What does that have to do with gardening? Plenty. In the fifteen years or so since I began to take part in the online gardening discourse, much has changed. It started out pretty great. Many of us were still grounded in print media and tended to bring in books, authors, and magazine/newspaper articles from trusted sources when discussing the hot topics of the day. We talked about lawns, front yard vegetable gardens, silly home remedies, how to make a meadow, how far to take the use of native plants, and other things—many topics that are still big today.

Those discussions often included references, facts, quotes, and—at least in the discussions I was involved in—people were a bit careful about making claims that they couldn’t back up. Well, that concern seems to have disappeared, at least as far as the junk links I see shared on social media today. Particularly if there is a premise that certain practices will help or hurt pollinators, it doesn’t matter what’s said. There are never any references, studies, quotes, or discussion. Just a lot of happy talk about how native plants will save the planet or a lot of scary talk about how you are killing bees by doing x, y, or z. Two recent posts come to mind. I deleted the first one—after laughing at it—from our local Facebook gardening group, and I can’t find it now, either, but, as I recall, the claim was that dryer vent fumes are killing pollinators. Now, I am not saying that this isn’t happening. What I’m saying is that zero evidence was provided in the blog post to prove it either way. It was one of these blogs that have no named authors and no relationships with any organizations, but are always loaded with clickbait and pop-ups. 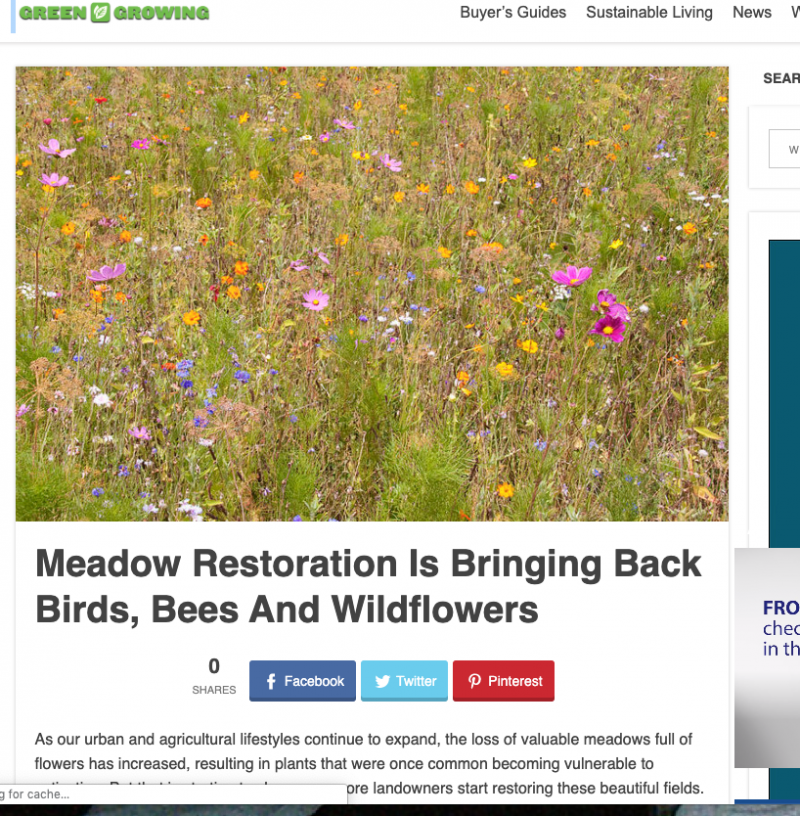 The second post I did keep but I won’t link to it here, other than the screen shot above. I can understand why someone shared it, I suppose. The headline claims that an increase in meadow restoration is helping pollinators and other wildlife. Well, that sounds very nice. Any proof of this—either that meadows are being widely restored  or that, if they are, it’s helping? Not really. All the links are to other posts in the same blog. A blog with no named authors, no list of affiliate organizations, and a dot-org suffix with no associate nonprofit named, but puhlenty of unsavory clickbait and sponsored links. The images seem to come from wiki. This is just pure-and-simple junk. If you want to call it fake news, that’s fine too. Though I hate the term.

Gardeners deserve better than this, and it pains me to see the proliferation of unscientific, unresearched, unannotated, and just plain stupid information aimed at beginning gardeners or well-meaning people who like flowers and butterflies. It certainly won’t help pollinators. Or anything else, except the pockets of whomever is running these ad-heavy sites.

Just as an antidote, here’s a great recent post on landscape fabric by Linda Chalker-Scott of the Garden Professors. It even includes an academic study on mulches and soil barriers—you know, that science thing. Good stuff!