Yesterday my long-time favorite garden center announced it’ll close soon. Here’s my tribute to the company and its people on a local blog. I’m reposting it here for the Rant’s broader audience because the closing is part of a very sad national trend. Also, it shows what great independent garden centers are doing for customers and the community and why their disappearance is such a enormous loss. (Sob!) 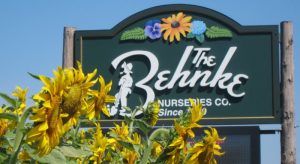 It’s official. In today’s press release, Behnke Nurseries announced that after 89 years, it will be going out of business in June. Thousands of local gardeners will mourn this incalculable loss.

It seems that the time has just come, and not because business is bad; it’s because there are no family members coming up to take over the business. The only Behnke still working there is vice president Stephanie Fleming, granddaughter of the founder, who told me “We love our customers but the Behnkes are all in their 80s. The time has come.”

To answer your protestations of “But, but…” every possible alternative to closing as a garden center has been explored. Selling to another garden center or a buyer interested in renovating and keeping the nursery open isn’t feasible in today’s market, with independent stores closing and almost none opening. Some of the remaining garden centers are morphing into “lifestyle” stores, selling beachwear and pet supplies.

What about an employee buy-out, you say? If only! Many are retirement age or near it, and really, could they collectively buy almost 12 acres along busy Route 1?  Hardly, at today’s prices. 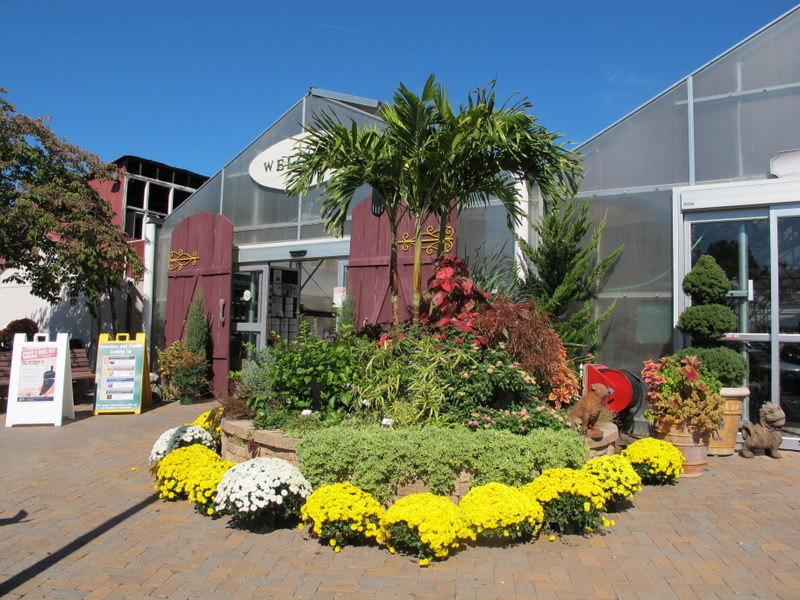 What’s Next for the Site
Zoned for miscellaneous retail use, the property could be just another car dealership, but the family wants whatever replaces the nursery to be an asset to the community and is participating directly in development of the property, rather than selling to a developer. To this end, the family has solicited suggestions and input from the county and local community groups and has obtained additional zoning that would permit their preferred use of the property – for townhouses, with a 1-acre green space in the center and a walking path around it. 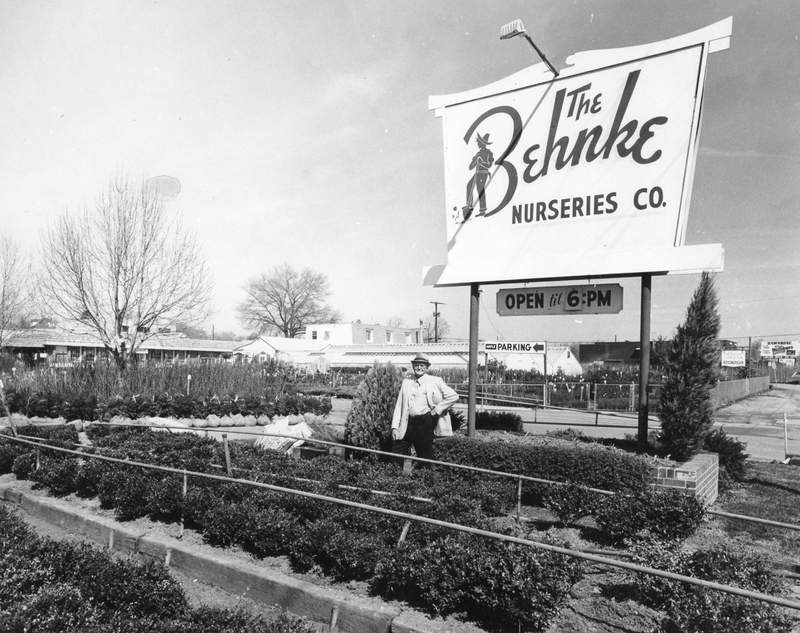 The nursery was founded in 1930 by Albert Behnke, who was born in Germany in 1904. He worked for his father’s rose and cut-flower business and decided to immigrate with his wife Rose to the U.S., for more opportunity, settling in Beltsville.

At first, the Behnke greenhouse was a homemade affair attached to the side of the family house. In 1946, Albert and Rose Behnke had a modern steel and glass greenhouse built and by 1951 there were five greenhouses. 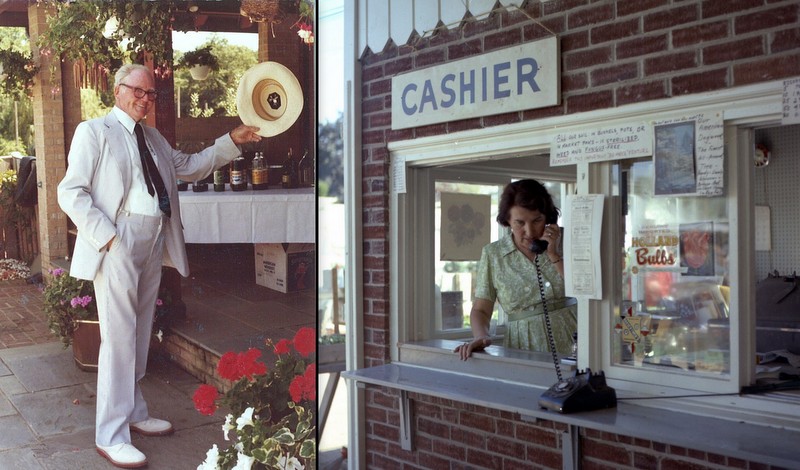 Albert Behnke at his most dapper. Rose Behnke at work. Her granddaughter Stephanie Fleming says she’s “really was the one that was the reason we were so successful.” 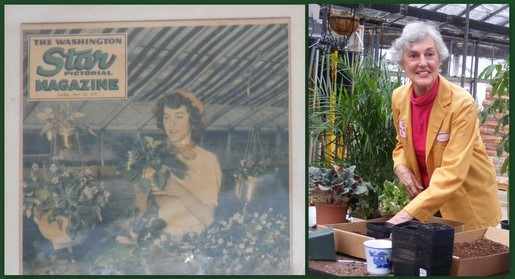 Sonja Behnke at 17, and more recently

Albert and Rose’s 17-year-old daughter Sonja was featured on the cover of the Washington Star weekend magazine watering African violets, which was one of the nursery’s mainstays. Behnke’s sent violets to every first lady from Bess Truman to Nancy Reagan, and they still have thank-you notes from them to show for it.

Here’s just some of what Behnke’s has meant to its thousands of long-time customers, like me.

Behnke’s has always stood out from the small crowd of garden centers with its extensive selection, including hard-to-find varieties. It’s so famous for its selection that garden club tours from out of state have included Behnke’s on their itinerary when visiting the garden highlights of the DC area.

According to perennials specialist Larry Hurley, “Selection has always been our claim to fame. We are ‘plant people’ and we love plants, and we are always excited by what’s new.” When Behnke’s grew its own perennials, it carried 1,500 to 1,800 of them. Even after its growing facilities were shut down, it still offered many more varieties than, say, the box stores. (According to company records, Behnke’s carried 1,465 perennials in 2014.)

Another reason the plant selection changed, especially for perennials, was the plague of deer in this area. Larry says it’s made a “huge difference in the demand for hostas and daylilies.” I’ll bet. 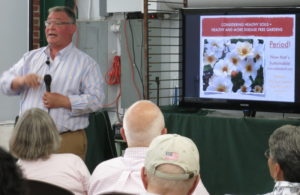 Behnkes staff didn’t just source and sell plants, by a long shot. They gave free classes and workshops in the store and at garden clubs throughout the region. They sponsored still more free talks by well known authors and experts from throughout the East.

The company’s website, blog and social media accounts have been packed with accurate gardening information and resources perfect for local gardeners. (You don’t see Home Depot doing that.) Stephanie Fleming tells me that they’ll be keeping the Behnke’s website and blog live online after the store closes, as long as there’s interest,

In roughly 2000 Behnke’s became involved in the movement to study and stem the tide of invasive plants through the horticultural industry, a bold move for a retailer! John Peter Thompson, grandson of Albert Behnke, led that project and eventually left the company to pursue that issue full time. 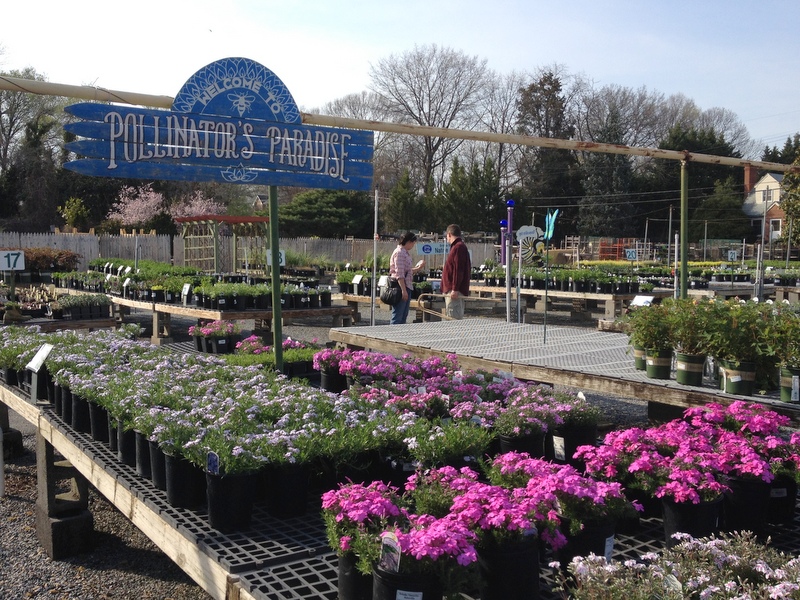 As a result, they stopped selling problematic plants like English Ivy and Burning Bush Euonymus, and for plants like Barberry, restricted sales to the better-behaved varieties that produce little or no fruit.

At the same time, the nursery increased its emphasis of native plants, for which there had finally begun to be a market, especially for pollinator plants. They’ve published many articles about native plants on their blog.

Behnke’s was also an industry leader in prohibiting the application of neonicotinoids to its plants and urging their grower-suppliers to use the least-toxic alternatives.

They also stopped carrying products by Scotts Miracle-Gro, despite the huge demand for their products ginned up by expensive advertising throughout the media. (Here’s my round-up of reasons that company has so few fans.)

Who Hasn’t Worked There? 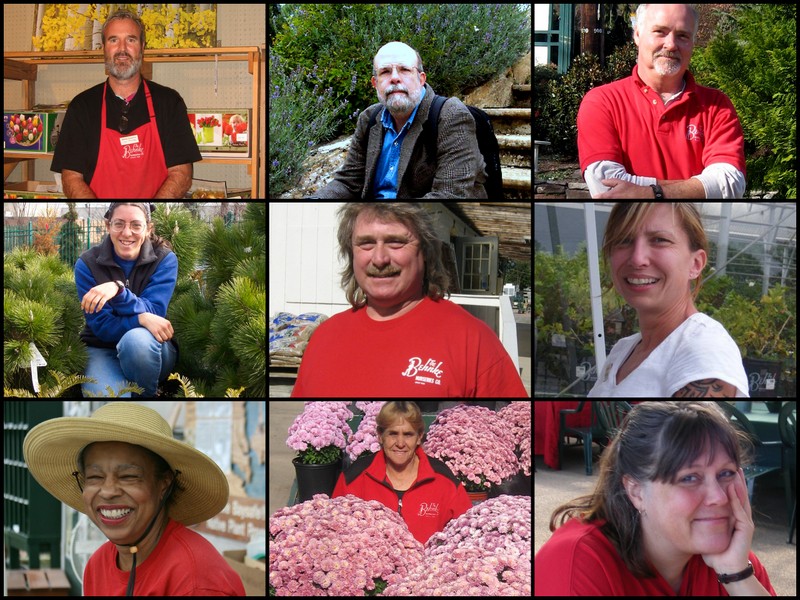 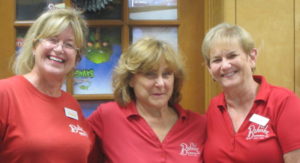 Behnke’s large staff is known for its well-trained, full-time experts ready to answer every possible question, none too specific or ridiculous. They’ve answered them all!

So how did they find or train their staff? Many are Maryland Certified Professional Horticulturists; some have college degrees in horticulture or related fields. They all receive in-house training and are encouraged to attend training provided by the UMD Extension and other educational opportunities. 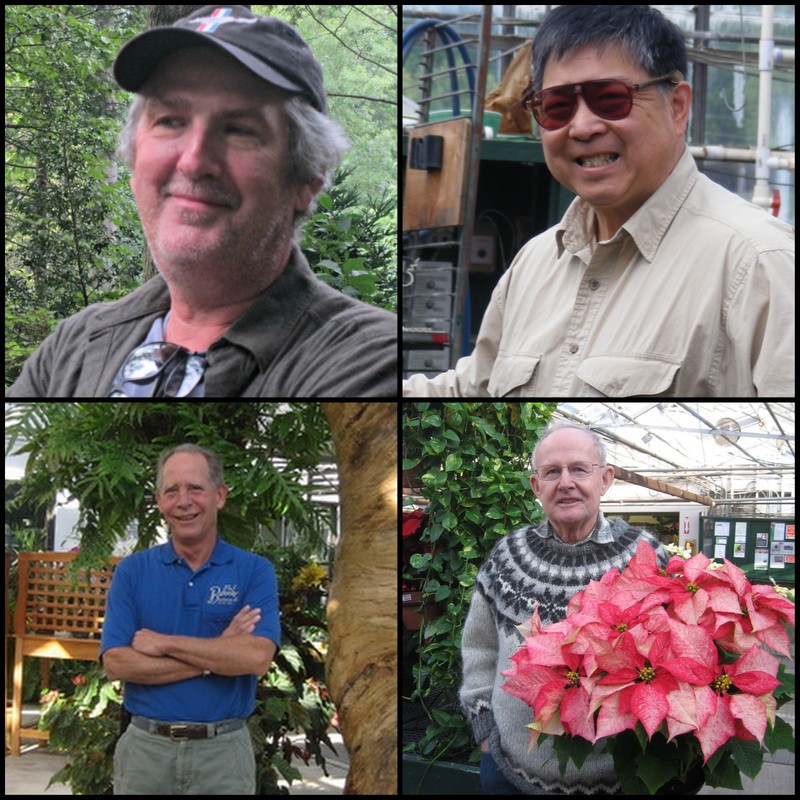 But their staff is also known for longevity and for loyalty to the company. President Alfred Milliard, for example, started there when he was 13, never left and is the longest-serving employee. The second-longest is Hank Doong, the company’s  CFO, who started in 1970 when he was 14. Operations manager Larry Bristow has been with the company since he was a teenager. Helmut Jaehnigen is another long-timer. Imagine their job hunts now, in an ever-shrinking market for their horticultural knowledge.

As Larry Hurley wrote me, “We have a lot of very old and grizzled staff members and we try to impart our experience to the younger folks. Many of us oldsters grew up working for Mr. Behnke (always “Mr.”), Helmut, and the other Behnke icons.”

Many employees got their start at Behnke’s through the PG Police Department’s Young Explorers Club, where Officer Hibbert apparently has a knack for finding the very best potential employees from among the many applicants at High Point and other nearby schools.

Behnke’s employees have gone on to get jobs at these highly respected institutions: White House greenhouses and grounds, the Naval Observatory grounds, the Smithsonian Institution Gardens, the University of  Maryland, the National Arboretum, and the Architect of the Capitol. Others have gone on to establish their own nurseries, including homestead Gardens, Metzler’s Nursery and Jos Roozen Nurseries. 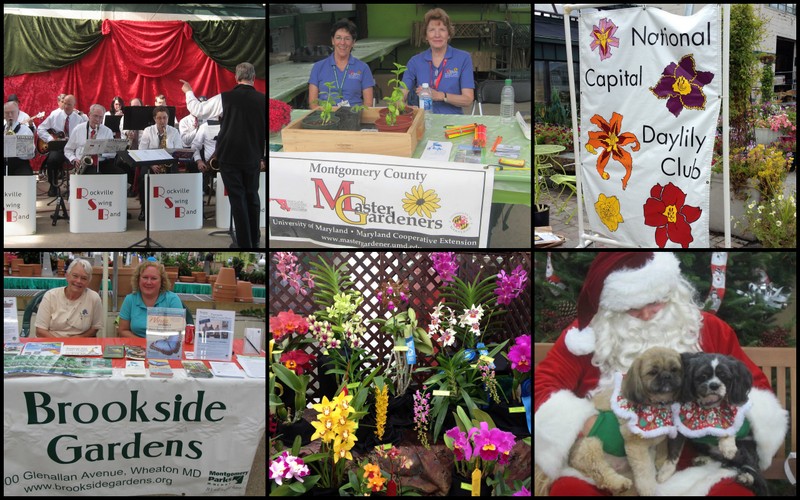 Lastly on this long list of ways that Behnke’s will be missed are the many events at the nursery – the Garden Party where clubs and societies could recruit members, the many organizations that held their events at Behnke’s, rent-free (including Brookside Gardens, local societies for roses, gesneriads, orchids and bonsai), holiday parties, yard sales, and even paper-shredding.

Of course the company also donated directly to dozens of local causes, like the food bank at Beltsville’s United Methodist Church, to which Behnke’s donated the $600 it raised recently from its winter tool-sharpening service. 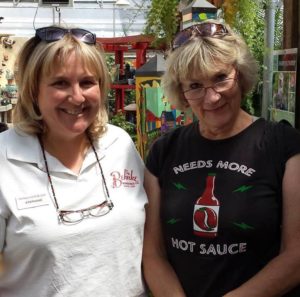 In anticipation of this dreaded closing, my local gardeners friends have been consoling each other, or trying to, with limited success because we’re devastated by the news! No exaggeration. We struggle to suggest alternative sources for plants, reliable advice and fun gardening gatherings but those other stores are all farther away and frankly pale in comparison.

I’ve bought nearly all my plants at Behnke’s since the ’70s and loved the nursery and the people who worked there, but not nearly as much as I came to love them after I started writing their blog and other materials for their website in 2010. That’s when I got to work with the best boss I’ve ever had – Stephanie Fleming. Since retiring, I now go to Behnke’s any time I want to be surrounded by fabulous plants and the people who love and know them, whether I need to buy something or not.

Will I ever say that about Home Depot or even Patuxent Nursery, our closest independent alternative? I’m guessing never.

Thanks to Stephanie Fleming for the photos and information she contributed to this post.