Some of that, of course, was because we were down there in Arizona with some good friends from Minnesota as the fabled Polar Vortex back up north sent 10-foot snow men shivering into hiding. A little meteorological gloating is good for the soul. 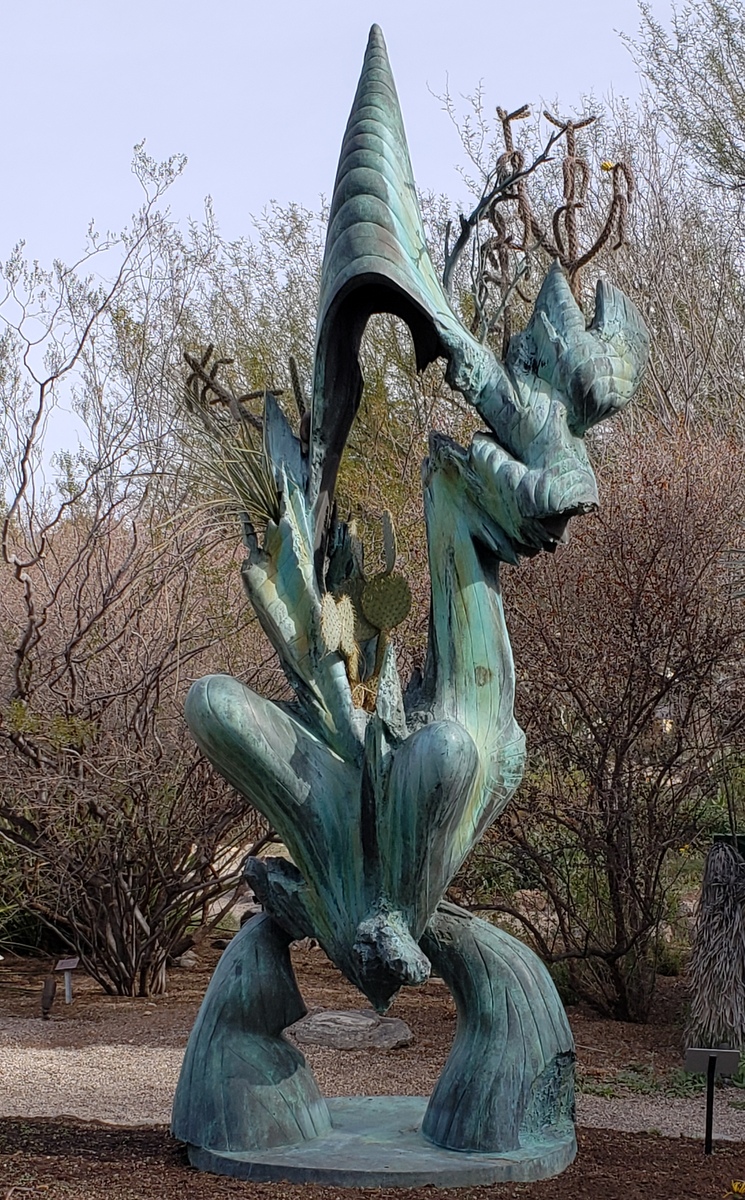 But the rest of it was the Tucson Botanical Garden. It had a welcoming feel to it. It was put together by people who knew what they were doing. It celebrated what it had, the gardens, fine art and butterfly show it offers, and the joy was contagious.

Sure, you can get the same feelings in museums, musical and dance venues and national parks – and I have. All around the world. I also got the same feelings wandering libraries as a kid; so much to learn; all those books to help; the knowledge that this place has something to do with my future but I just don’t yet know what it is.

But there’s just something extra special about a well-designed botanical garden in any country or climate  – and I am on the board of a group finally creating a botanical garden in downtown Louisville – that touches all the human bases. It’s universal. It’s sensory. It’s home. 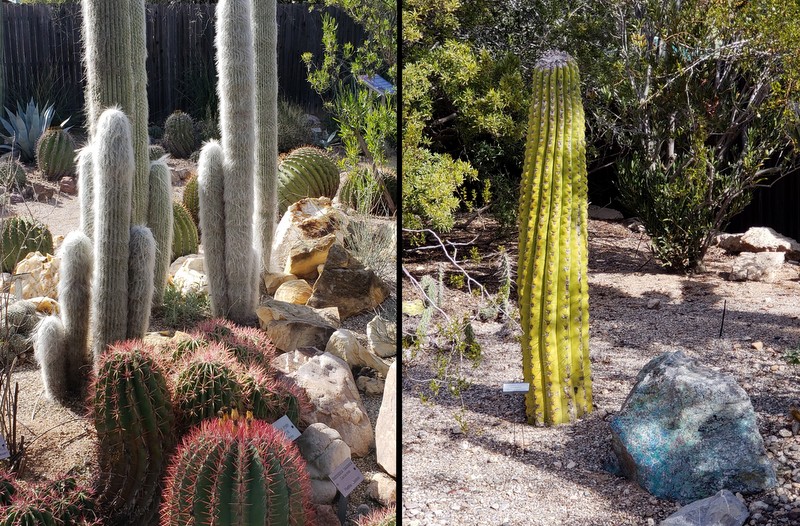 It doesn’t matter that a saguaro cactus wouldn’t do real well in Bean Blossom, IN, although I do have several very happy opuntia in my raised-bed desert garden in Hoosier Zone 6. The mind just has to bloom when planted.

The Tucson garden has a somewhat traditional history of offering such. It was founded in 1964 by horticulturist and collector Harrison Yocum at his home, the public basically allowed to wander a huge collection of cacti and palms in his yard, along with piles of exotic, glittery, almost tingly piles of rocks and minerals he collected.

In time about 100 fellow plant nuts chartered a non-profit corporation and the whole operation was moved to Randolph Park, then to the former Desert Gardens Nursery grounds owned by Mrs. Bernice Porter, who wanted to preserve her house and gardens from demolition.

It became The Tucson Botanical Gardens in 1974 when the city council passed fabled Resolution 9384 converting the five-and-one-half-acre site into what remains a great place for visitors from Up North 45 years later. Plant love took care of the rest.

The site is now divided into “sixteen residentially-scaled urban gardens” on those five-and-one-half acres, among them a Zen garden, Prehistoric Garden, Barrio Garden, Xeriscape Garden, Children’s Garden and The Cox Butterfly and Orchid Pavilion with orchids, bromeliads and joyful, wing-flapping butterflies.

As is often the case, I made a conscious effort to ignore almost all the plant labels on our Tucson walk; I was more interested in presence than precedent. I just wanted to be there, “feel” the place. 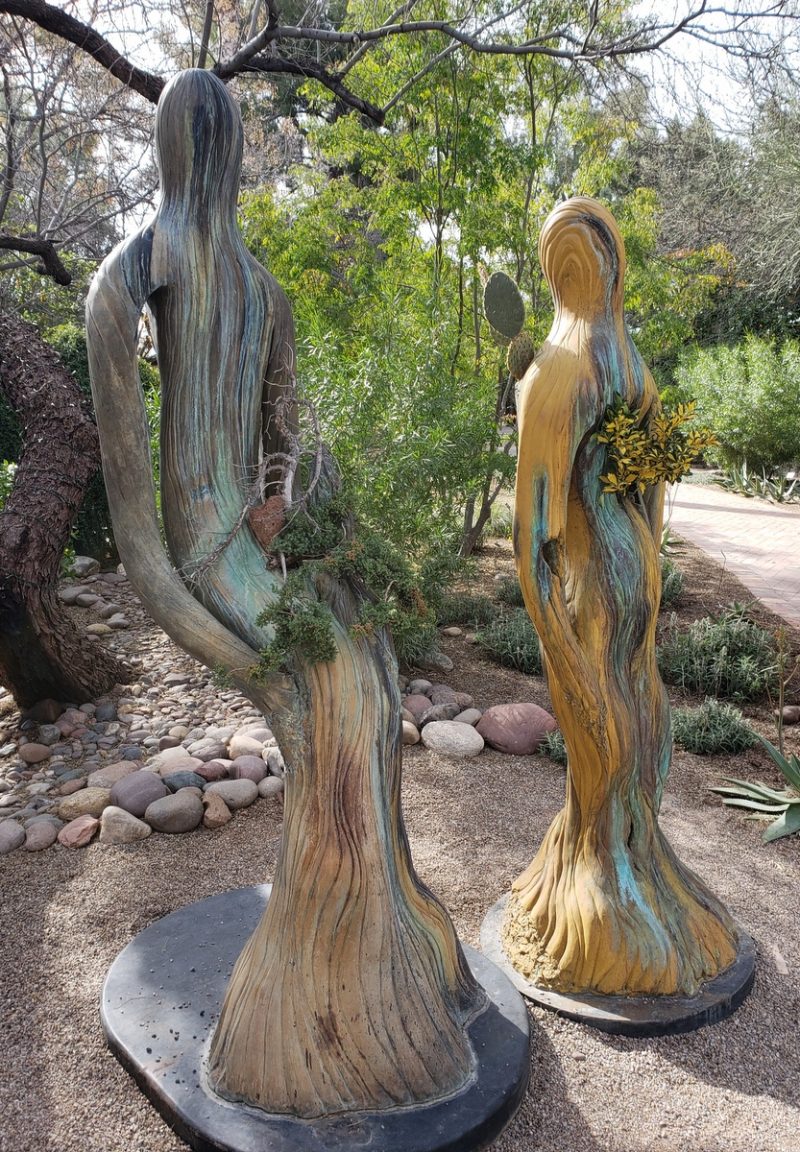 That began with sculpture than blended curved humanoid figures with desert flora, cacti rising above ceramic-like forms that set the stage for the rest of the tour. 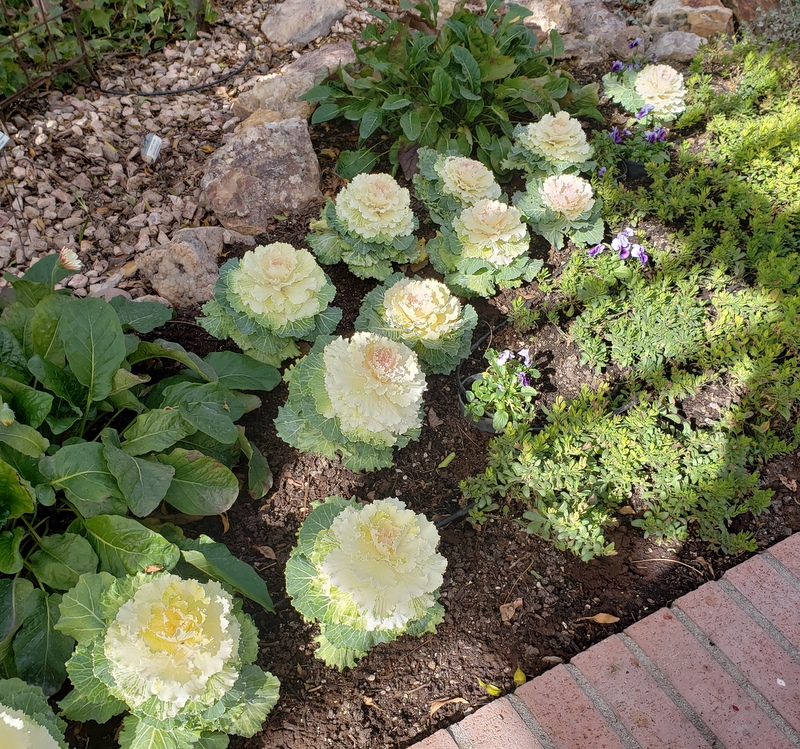 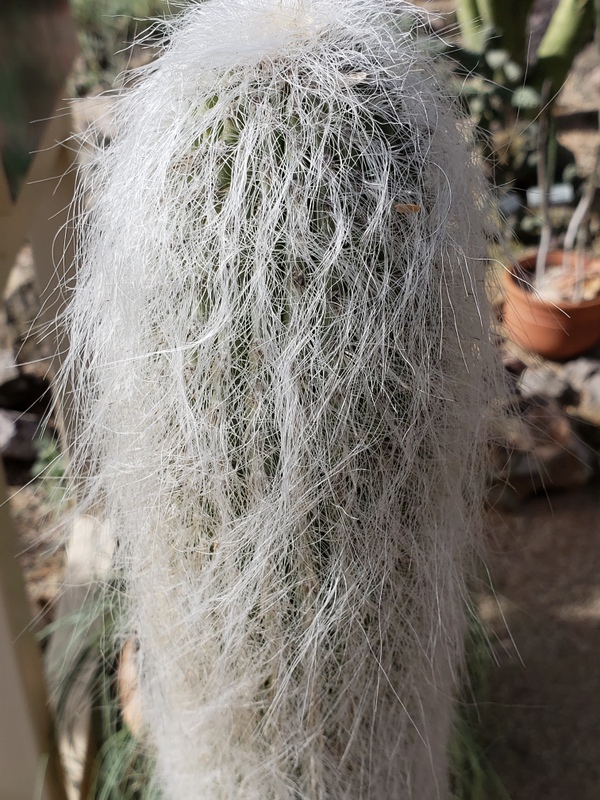 Which led to raised bed of ornamental cabbage – welcome home Hoosier – fenced in by some Harrison Yocum rocks, and sturdy green cacti with sharp red thorns and cacti as hairy as a puppy. 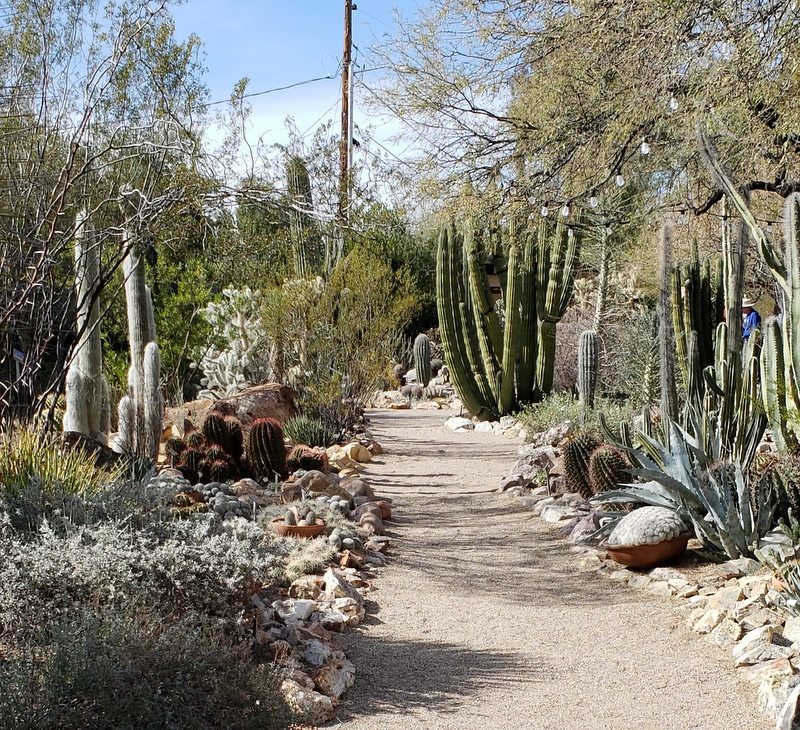 There came more rocks and yellow-skinned cacti and tight globes of small-needled cacti a long elegant gravel path bordered by desert plants for 50 yards into the distance. 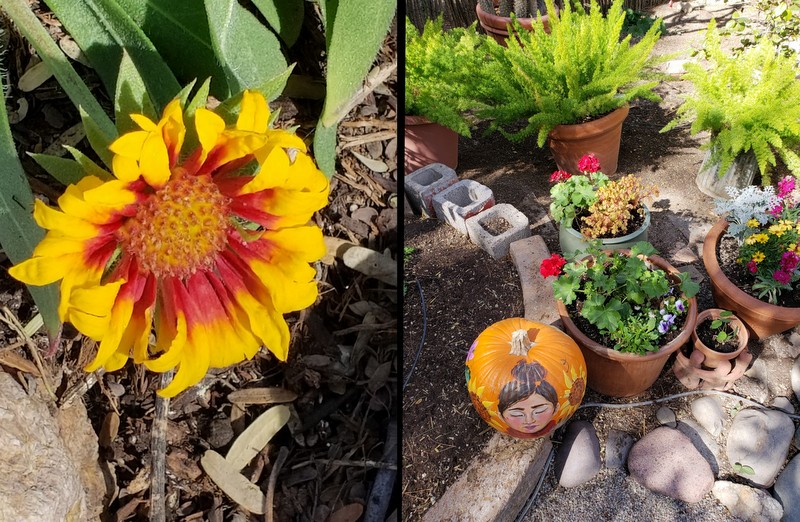 Beyond that, giant saguaro rose into the sky and then, go figure, the bright yellow bloom of a gaillardia ‘Arizona Sun.’ Then, welcome how again, a container garden stuffed with bright ceramic pots of geranium and pansies. photo 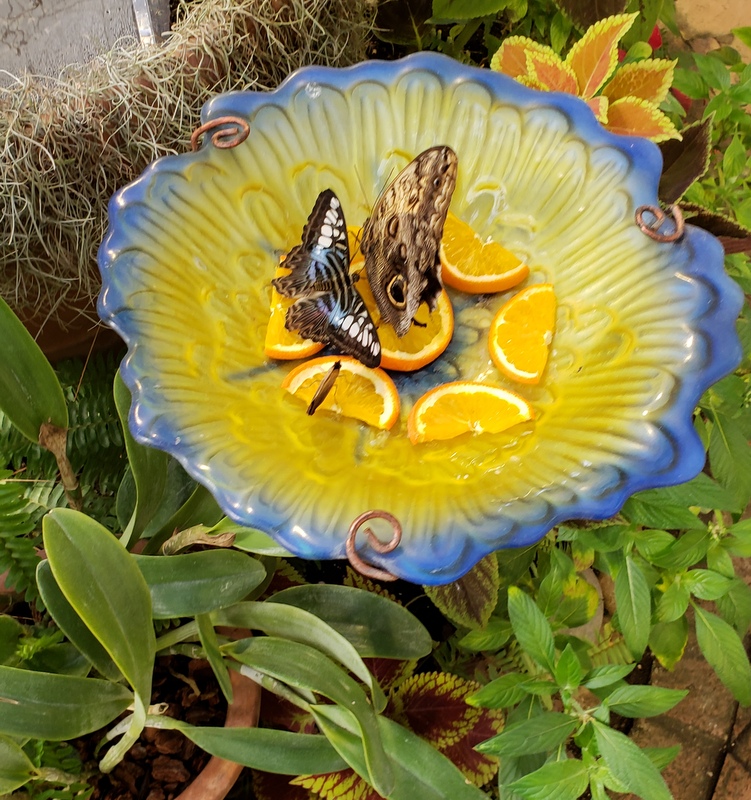 The butterfly garden bloomed beyond that, filled with a variety of butterflies enjoying orange slices spread across bright ceramic plates. Beyond that, the Café Botanica where humans could enjoy a seasonal menu of Southwestern Americana food.