Apparently I have more to say about the native-plant debate 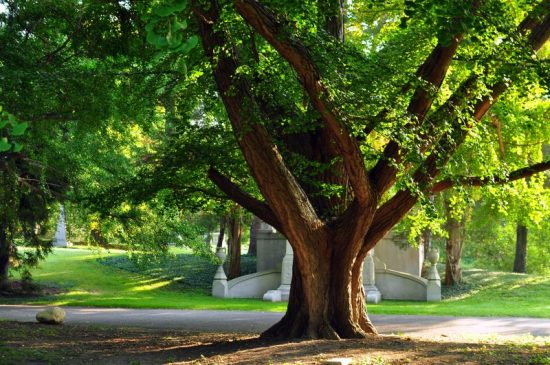 Fossil records show ginkgo was once found on the land mass now called North America. Does that make it native?

I’m encouraged by Tony Avent’s recent piece on the native plant debate to address a couple of points, actually open-ended questions, that may inspire more thought on this volatile issue. My hope is that it leads to more collaboration on creating more wildlife habitat, surely a mutual goal with broad support. 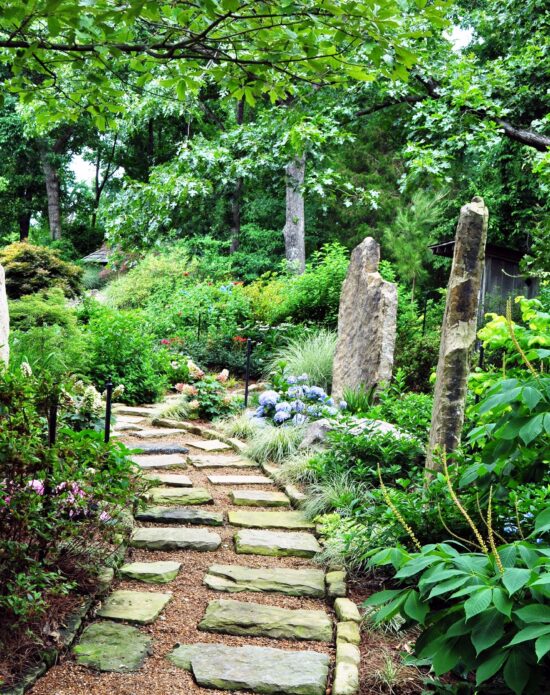 Plant lush layers of mannerly plants that provide good habitat, native or not.

Let me attempt to fend off the usual character assassinations that are often the result of any appeal to reconsider the idea that only native plants are “good”. I love wild things, wild areas, and embrace the Gaia principle. Nothing in the world suits me as well as taking a long ramble through the wild areas near my home. I’ve done it since I was a little tomboy, when my mother’s only rule was that I had to be home by the time the automatic security light near the barn came on at dusk. It was also my mother’s guidance that taught me to look. She was an artist when she wasn’t running our farm and she taught me to appreciate the many shades of green, the play of light and shadow, and the patterns to be seen in bark, branches and the wings of birds and dragonflies. 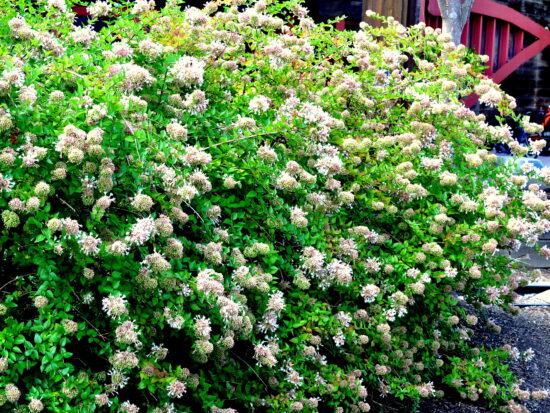 When I bought my 100 acres of rough, recently timbered (and thus cheap) land, someone asked me what I intended “to do” with such a large wild property. “Look at it while it grows,” was my answer…and so it continues, though these days my knees ache, my hip twinges, and I may have to stop and catch my breath partway up a steep slope. I will roam it as long as my legs will carry me.

In all weather but hard driving rain, I look at plants, birds, reptiles, amphibians, soil, sky, insects, mushrooms, spider webs, and changes in light. I wonder, and ponder, form questions, and make connections and have revelations. I read, and research and gain from others’ knowledge and thoughts. Slowly, happily, I learn.

So when I began to hear about Doug Tallamy’s assertions that insects had to have native plants to eat, or our birds would die and so on up the food chain, I was puzzled. I saw many insects eating the foliage of non-native plants – in the wild, on the neighboring farms, in my yard, and on the plants in our display gardens at work. Many of the questions I had fielded as a horticulturist dealt with recommendations on how to deal with insects eating people’s plants, most of them, especially in the edible realm, non-native. It seemed to me that numerous denizens of the natural world had made very good use of many introduced plants. 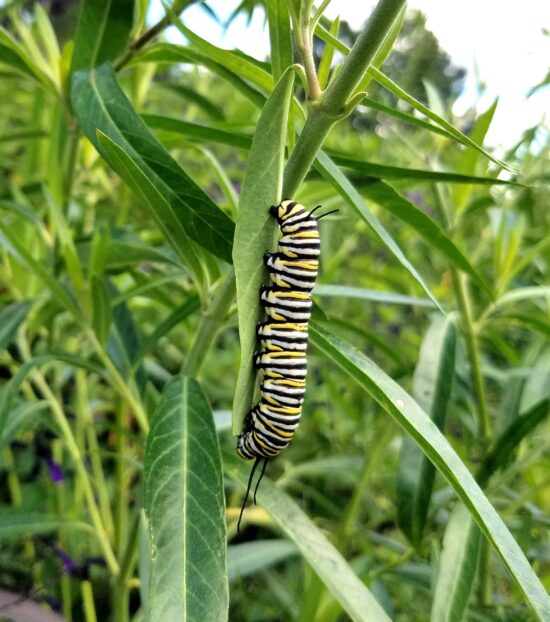 This monarch feeds readily on the lush balloon plant, a member of the milkweed family that happens to hail from Africa.

I also saw many natives that were untouched by insects. Anisetree comes to mind as I have often commented, that the attractive smell of the foliage must not translate to flavor because I have never seen any insect damage on the leaves. Does that make this native plant a “bad” landscape plant, though it provides cover, and anchors soil, as many plants do. Must every plant have foliage that offers insect sustenance? In the wild, that does not seem to be the case.

A prime example of a specialist insect is the monarch butterfly, a lovely poster child. Monarch caterpillars will feed only on plants in the milkweed family. This statement is 100% true. It does not, however, disclose that there are many members of the milkweed family, Asclepiadaceae, that are found on other continents and that serve beautifully as monarch caterpillar forage. 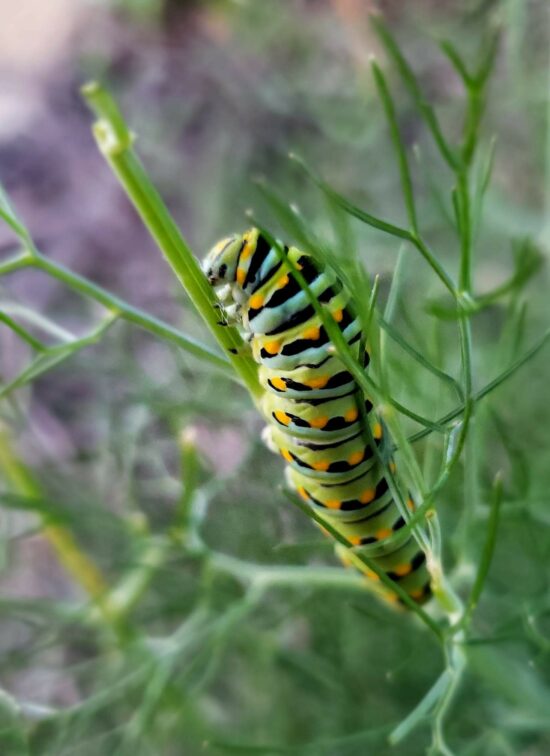 Each spring, we grow balloon plant Gomphocarpus physocarpus (from southern Africa) from seed for just that purpose. A perennial plant in Zone 8, we treat it as an easily grown annual, and sell it in our plant sales in inexpensive six-packs. Our shoppers have learned to value the tall fast-growing plant that provides enough generous willowy foliage to support numerous monarch caterpillars. We plant them in our display gardens here on the research center along with native milkweeds, several species close by, but these smaller perennial plants are susceptible to crippling infestations of aphids and the leaves are often insufficient to support more than a handful of the little munchers.

Often I have carried the demonstrably hungry caterpillars in my hand to the billowing masses of balloon plant where they can continue their caterpillar phase with plenty to eat. If it were not for this “introduced exotic” we would not be nearly as successful at providing for the monarchs. 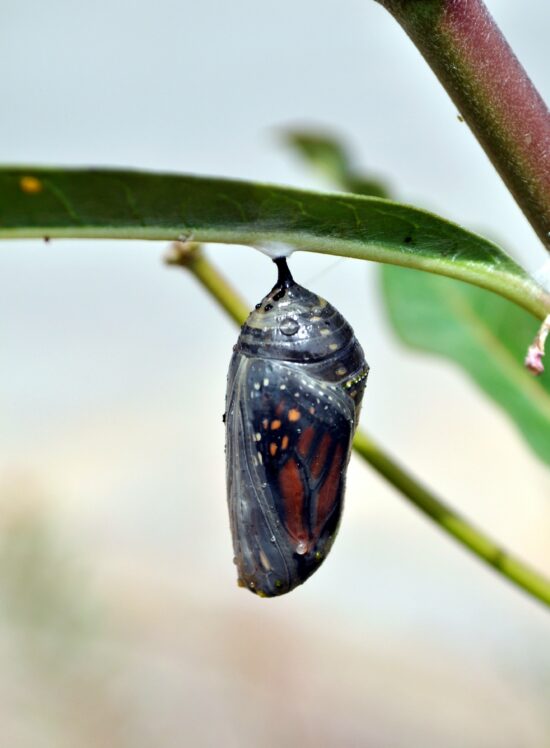 Another “crop” of monarchs raised on non-native plants as evidenced by this chrysalis ready to burst forth with winged glory.

It is of course, quite understandable that they make use of this plant. Anyone of reason understands that the continents we know now were not always distinct separated bodies of land; that many populations of plants, once divided by ocean’s rise, evolved to be only somewhat different. The human (somewhat admirable) need to establish some since of order and understanding created and imposed classifications of these plant families, enough sometimes to be classified as different genera or species, but essentially, at a molecular level, they are still the same plant once in the belly of the insect that could care less that it was not found on this continent… 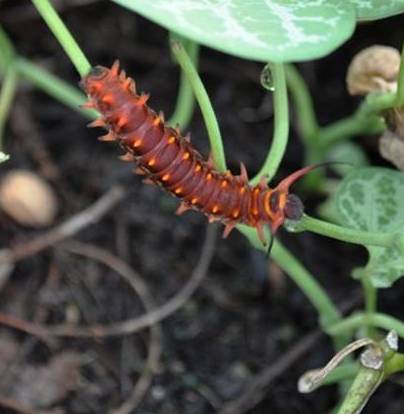 Aristolochia fimbriata is a pipevine species native to south America, but these pipevine caterpillars don’t discriminate against those south of the border (like some do!)

…or was it, at one time? When I bring up the concept of native to my woody plant classes, I like to pose this question. We know from fossil record that dawn redwood Metasequoia glyptostroboides and ginkgo Ginkgo biloba were once found on the land mass we now call North America, but were wiped out by ice ages. Now that we can purchase these plants in nurseries and plant them successfully in our landscapes, are we bringing back a native, or are we introducing an exotic? 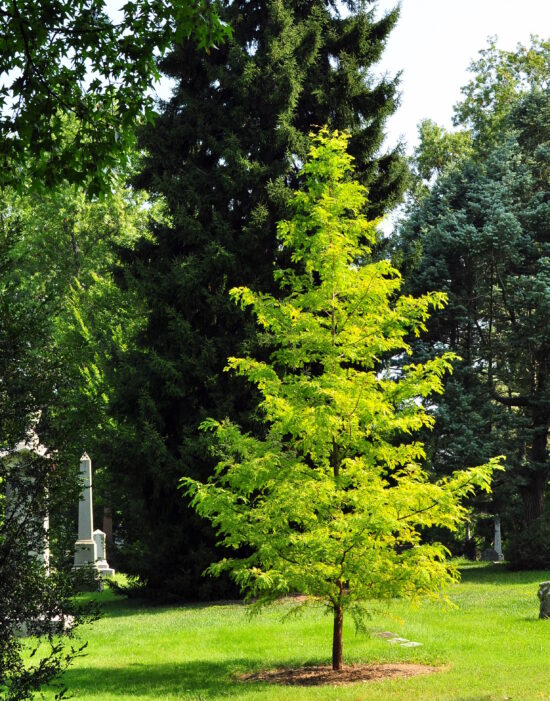 When you plant a dawn redwood, are you restoring a lost native?

If one were to say it is an exotic because it wasn’t on this continent when “we arrived”, I can only raise my eyebrows at the arrogance. Who are we to choose that tiny speck of time, legitimized only because it happened to be the plant palette that was here when the first European set boot on the continent? That move introduced the most invasive species ever, the European settler. Who among us will volunteer to clear out, along with kith and kin and return this land to the “natives” (the human species, who by the way, crossed over on Berengia, the Siberian “land bridge” from Asia).

Native is a moving target. Look at what might happen if we pass laws that dictate that we plant only natives and that mandate removal of all non-natives. Where do we draw the line? Is my grandmother’s gardenia contraband? The daffodil bulbs from my other grandmother? Will I be required to rip out my small orchard of apples, pears and figs? Are edibles exempt? What about the crabapples that serve as great pollinators for my apples?

I say we’d do better to bond over using plants that create good habitat, minimize pesticide use, and conserve water and soil. I’m on the Tony team. 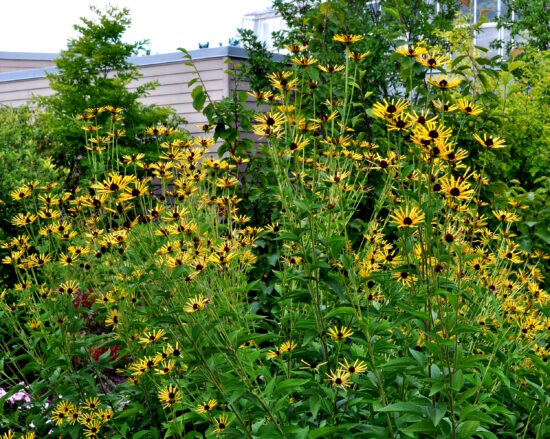 Of course, plant some, many, a lot of great natives as well, like this Henry Eilers rudbeckia.