“Invasive” Ground Covers and the Case for Allowing Periwinkle 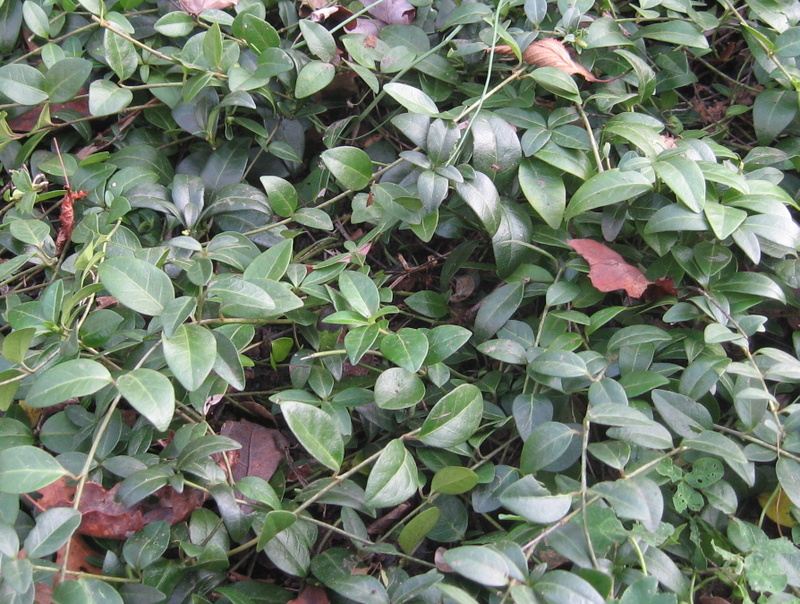 I have a beef with the inclusion of Periwinkle (Vinca minor) on my coop’s list of banned plants – banned because they’re considered invasive (despite NOT being listed on the Maryland Invasive Plant list).

I’ve grown it in two suburbs of DC and in neither location (or the gardens of my neighbors) has it grown vigorously. If anything, my complaint, echoed by other area gardeners, is that it’s not vigorous enough.

So let’s find out where it’s invasive and under what conditions, shall we?

The State of Indiana says: “Once established, Vinca minor forms a dense carpet to the exclusion of other plants. This creates a problem where it is competing with native flora.” 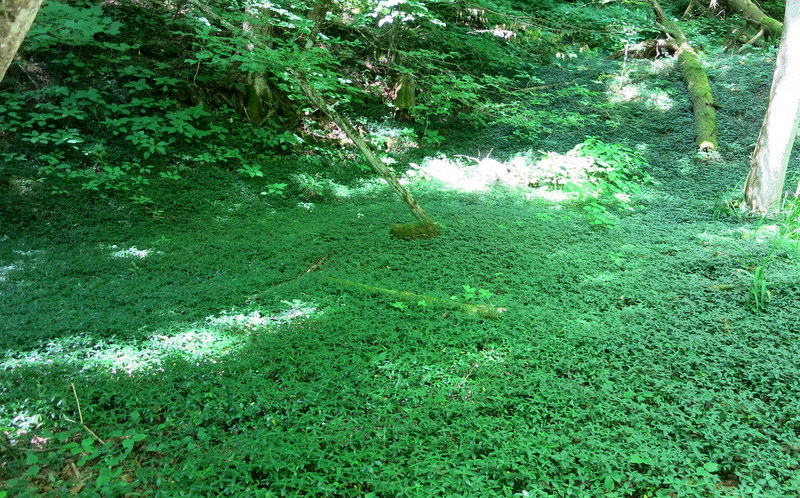 Indeed I finally found a spot where Periwinkle IS clearly a problem. In this photo it’s seen covering much of the ground layer in the Treman State Park in Upstate New York.

Plant them in the Right Place

Ground covers have a job to do – covering the ground, and not taking too long to do it, either. When they do their job they prevent erosion and weeds. No surprise that successful ground covers can, in the wrong place, do their job too TOO well. So what’s the right place for Periwinkle?

Commenters on Daves Garden suggest answers: “Yes, vinca can be aggressive, but I am grateful for that, given the difficulty of getting anything to grow under my Norway maples or in the dirty fill around my 1885 house…I would not grow this plant if I lived where it could escape into a woodland.”

One newspaper suggests, “Place this lovely in a nice hanging basket or medium to large planter.”

I like what one commenter on Houzz has to say:

As with any so-called invasive plant, its invasive properties are determined by location and planting situation…It doesn’t play all that well with smaller, herbaceous perennials, as it can easily overwhelm and smother them. And I would avoid planting it in any area that would allow it to spread into any natural plantings, like open woodlands. 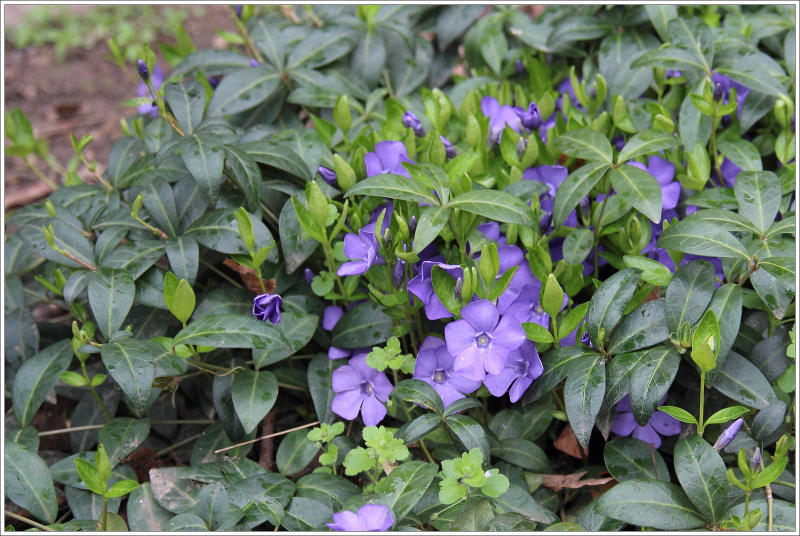 David Beaulieu (formerly of About.com, now writing for The Spruce) suggests it as a lawn replacement under trees and lists its many advantages:

Because of their ability to root and spread, they can help hold the soil in place. This can be important on the side of a hill, where soil erosion might be a problem.

The vines need little care. They are deer-resistant and rabbit-proof flowers, and few insects eat them, so there is not much pest control to worry about. A

Tough, low-maintenance, and pest-free, Vinca minor has pretty foliage and flowers; it is also a useful plant. In spite of all of these benefits, it does have one drawback.

The “one drawback” of course is its potential invasiveness:

Vinca minor vines are considered somewhat invasive plants, so, if this is a concern for you, make it a point each year to keep their runners in check. But remember, the flip side of the coin for so-called “invasive plants” is that they are vigorous growers, meaning that they tend to be successful at filling in an area. This is often exactly what you want out of a ground cover. 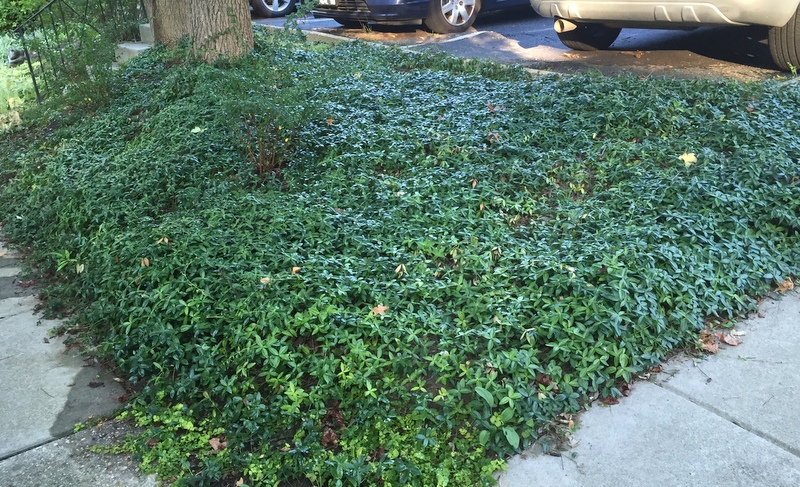 Back home, here’s a patch of Periwinkle between my front yard and a parking lot. Surrounded by concrete and asphalt in all directions, this “invasive” isn’t going anywhere – because it only spreads by runner, not by birds or wind. It’s nothing like English ivy, which harms trees by climbing up into them, where it makes berries that are then spread by birds.

I wish “invasives” weren’t lumped together as they so often are – with little or no details as to how, where, and under what conditions they can damage other plants or natural areas. Plants that are invasive only along streams or in regions with mild winters can get banned from places where they’re no threat at all.

In my neighborhood the mistaken (I contend) banning Periwinkle creates a special problem. All coop members are required to cover the ground in their (mostly shady) yards, and banning the shade-loving, pest-free, evergreen Periwinkle leaves us with very few choices – mainly Pachysandra and Liriope. They too are listed as invasives – somewhere – and may end up banned, too. Then what?