The Sights of Cornell, Ithaca and More 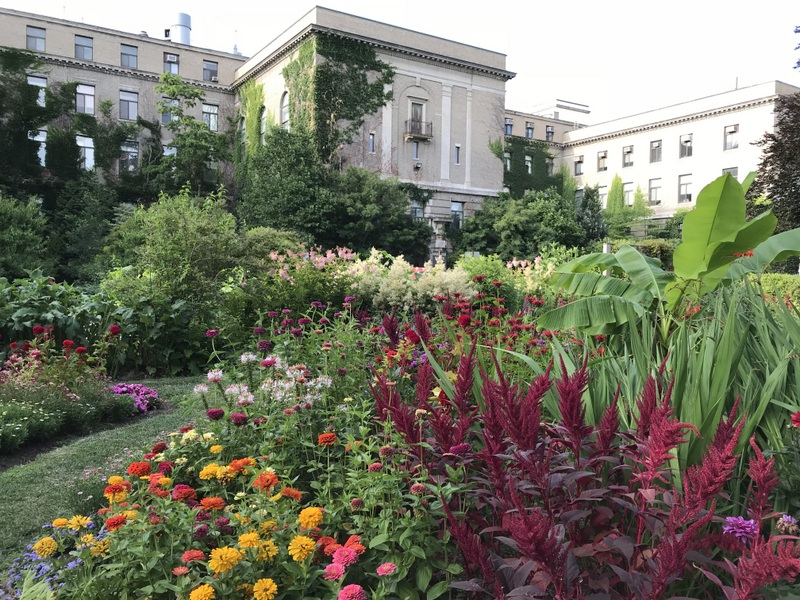 Almost on a whim I drove to Ithaca to attend the Children and Youth Garden Symposium being hosted by Cornell (with the American Horticultural Society), and I’m glad I did.

First, the stunning beauty of the campus, the town and the whole region reminded me not at all of the flatlands of Northern Ohio where I went to school. Above is the Plant Sciences Department, where the symposium was held. 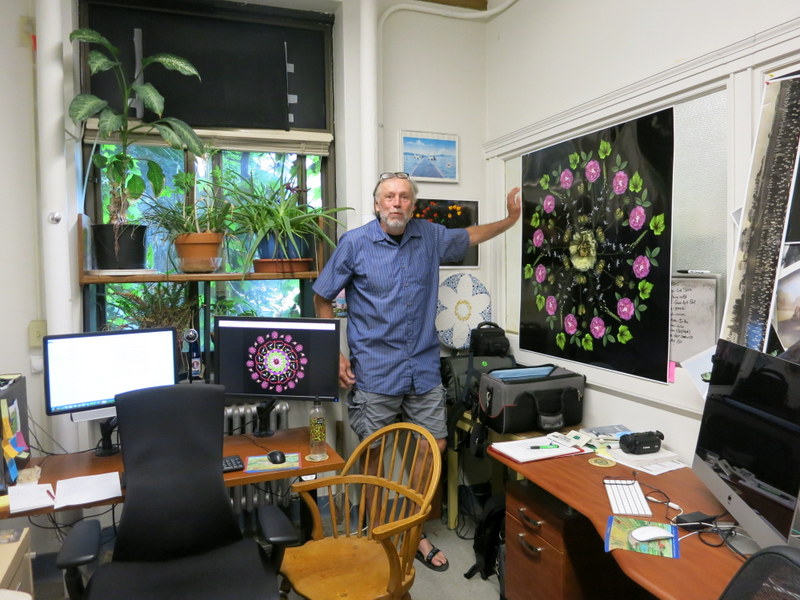 One treat was meeting Craig Cramer, who started a blog way back when the Rant launched and became an early commenter. Here he is in his office showing off one of the many scanned-art works he’s famous for. See lots more on his blog Ellis Hollow. 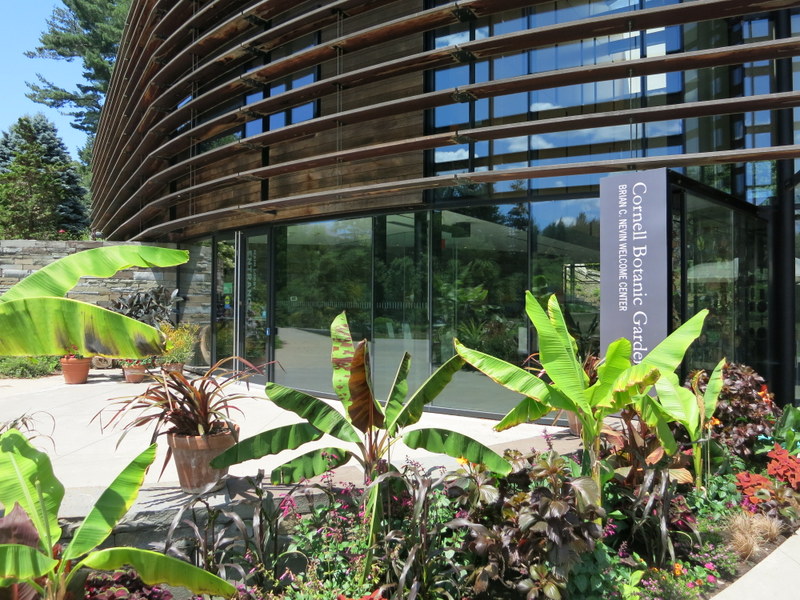 The Cornell Botanic Garden, until recently unfortunately named the Cornell Plantation, was so much more than I’d expected. 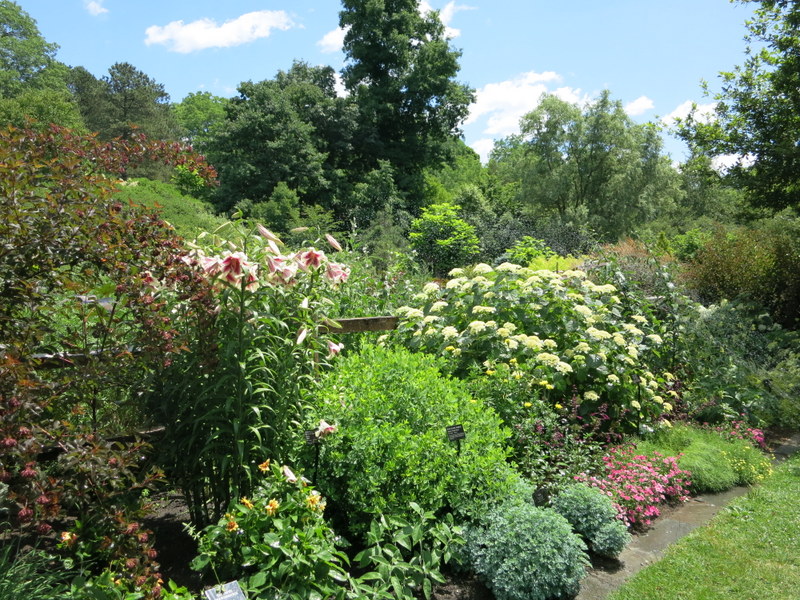 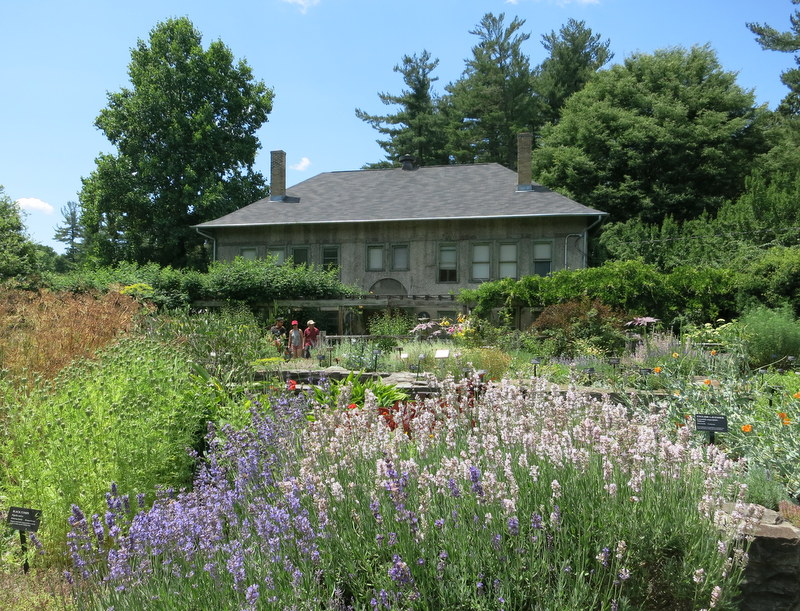 The Herb Garden was my favorite part, so much so that I couldn’t choose between these shots. 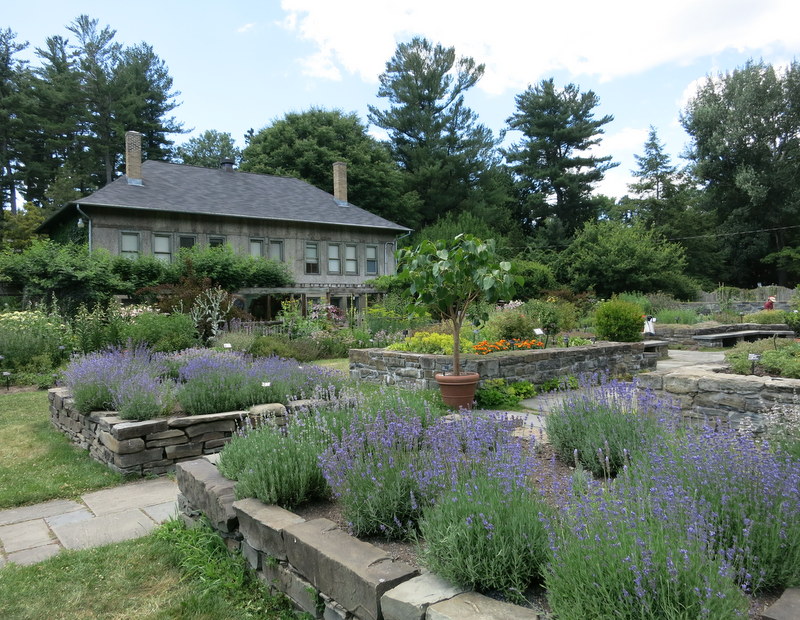 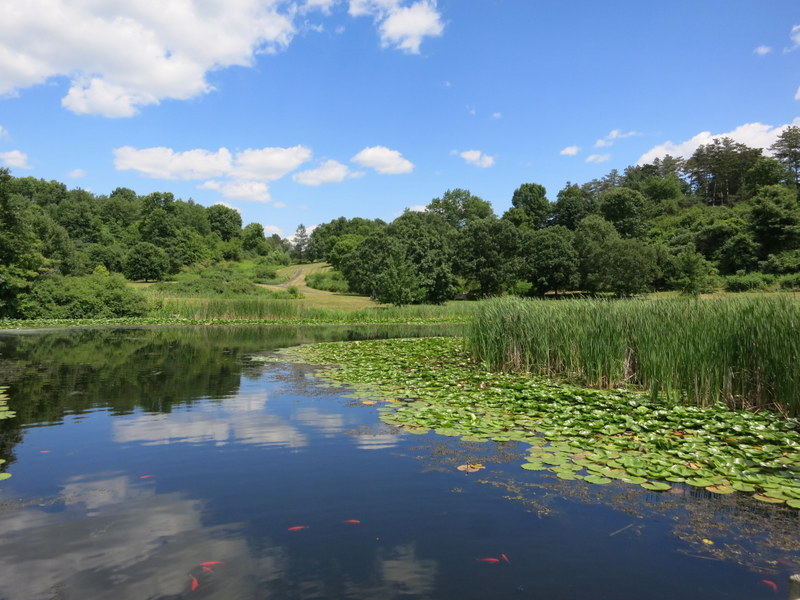 The Cornell BG includes a whole arboretum with this lake, a shrub collection and much more. 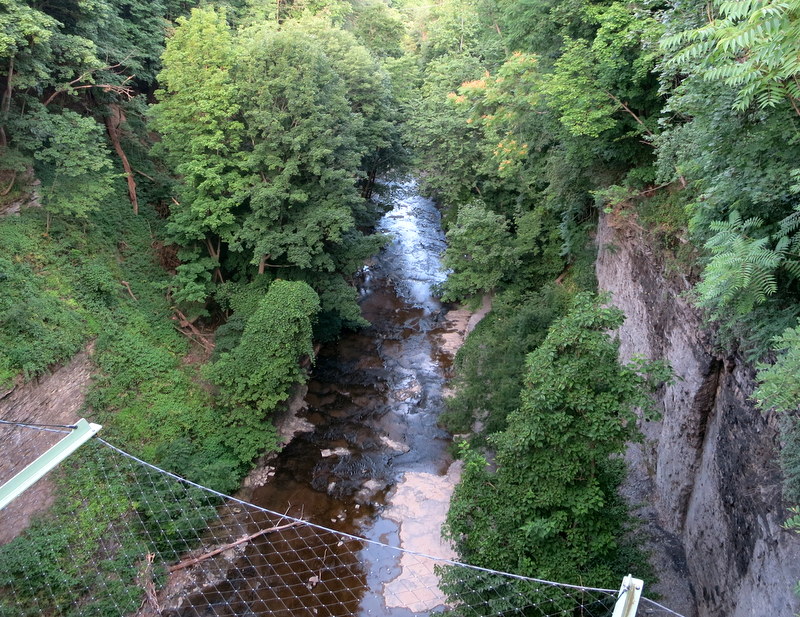 And possibly unique among botanic gardens? A big honking gorge! The Cascadilla Gorge and its trail connects connects the Cornell campus with downtown Ithaca.

You got that? Stunning natural areas right in the middle of the city! I walked part of the trail early one morning and a dog-walker recommended I climb the narrow Cascadilla Park Road that runs along the gorge, calling it a “really cute street.” 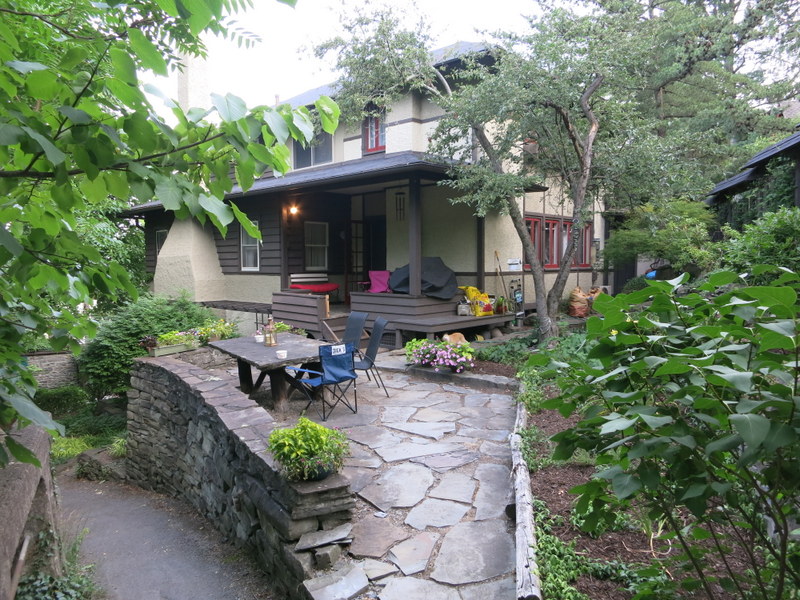 Sounded good to me and sure enough, there were gardens and funky homes everywhere. 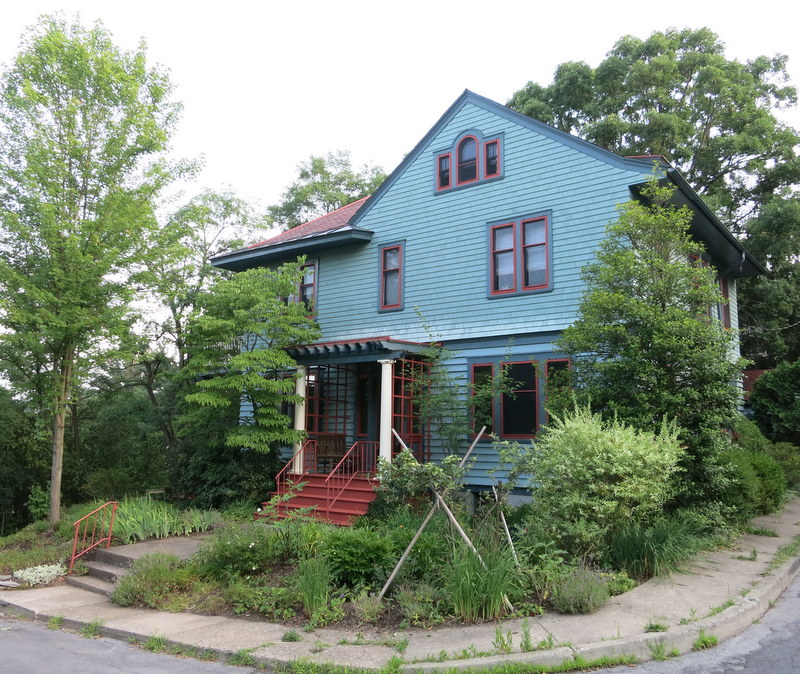 The architecture in this neighborhood and throughout Ithaca is a fabulous mix of my favorite home types. 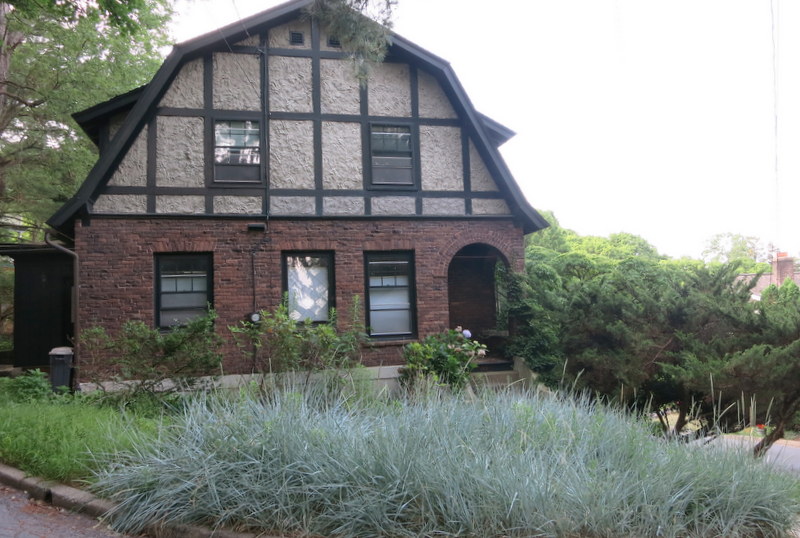 Cute house, impossible upkeep? Boy, I’d love to know how often this hedge has to be trimmed and how long it takes. (I’m nudging my housing coop to stop recommending hedges, despite their prominence in the original plan for the town.)

Like any good boomer tourist, I had to find the original Moosewood Restaurant, in downtown Ithaca. Larger than I imagined, but just as lively. 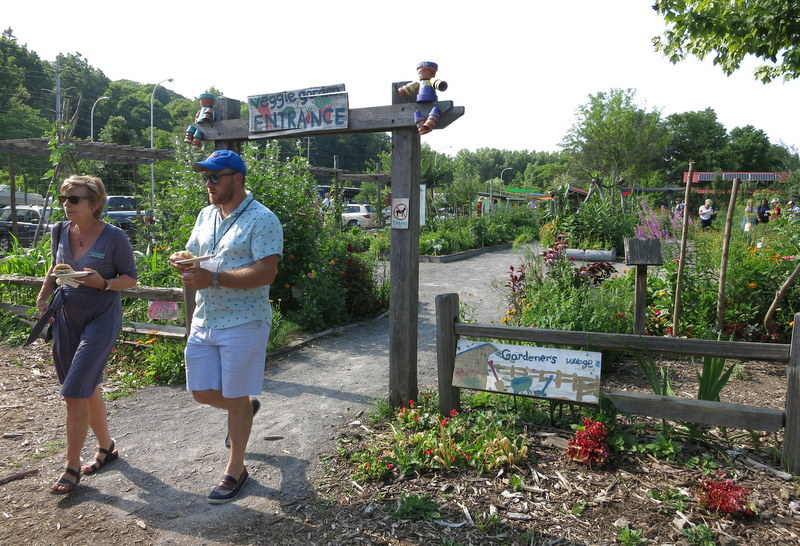 The Anarchy Zone presumably doesn’t have to look like a garden. On the right, who doesn’t love a labyrinth? 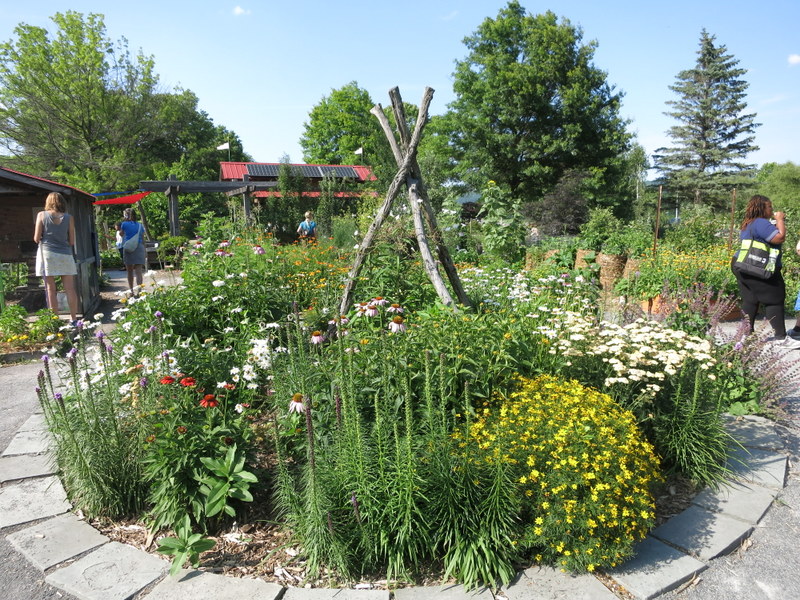 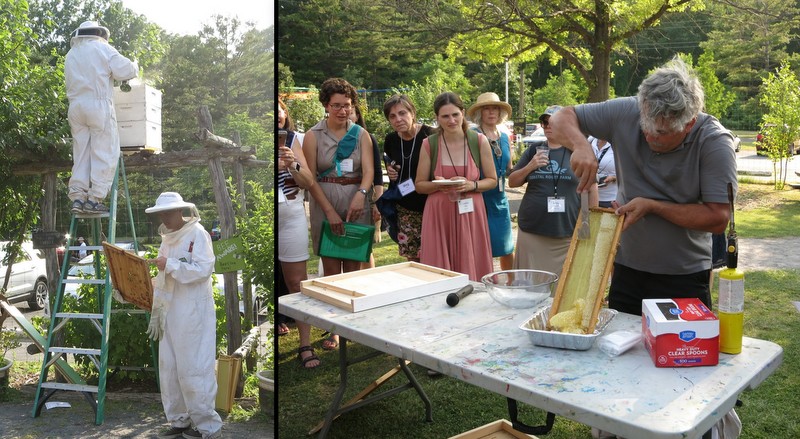 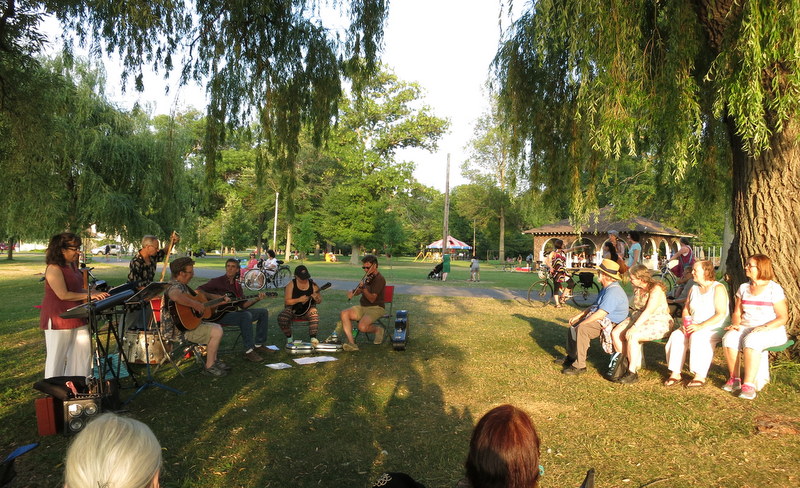 For still more nature-in-the-city, I visited Stewart Park along Cayuga Lake (one of the famous Finger Lakes) and found it positively strewn with folk music performers. Felt like home. 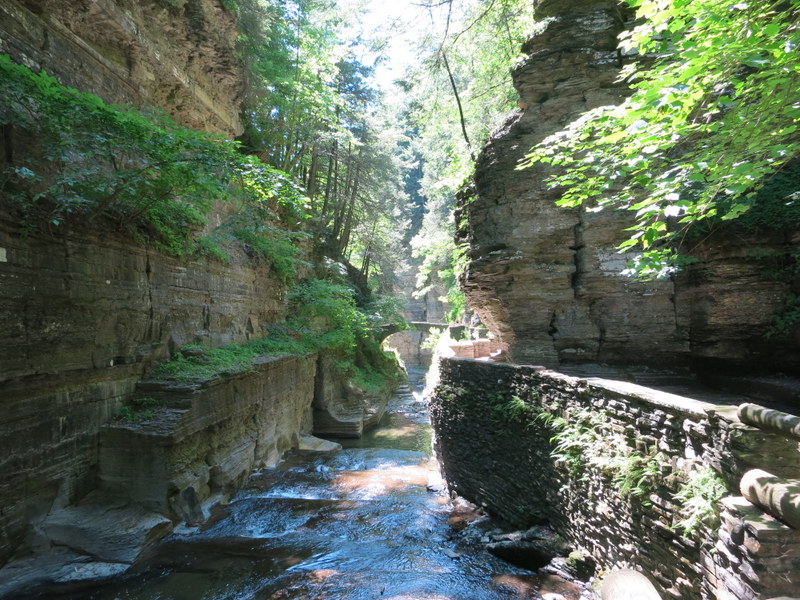 And going all-out-nature, I visited Treman Gorge, just 4 miles outside of Ithaca and a top recommendation by my old friend Craig Cramer. 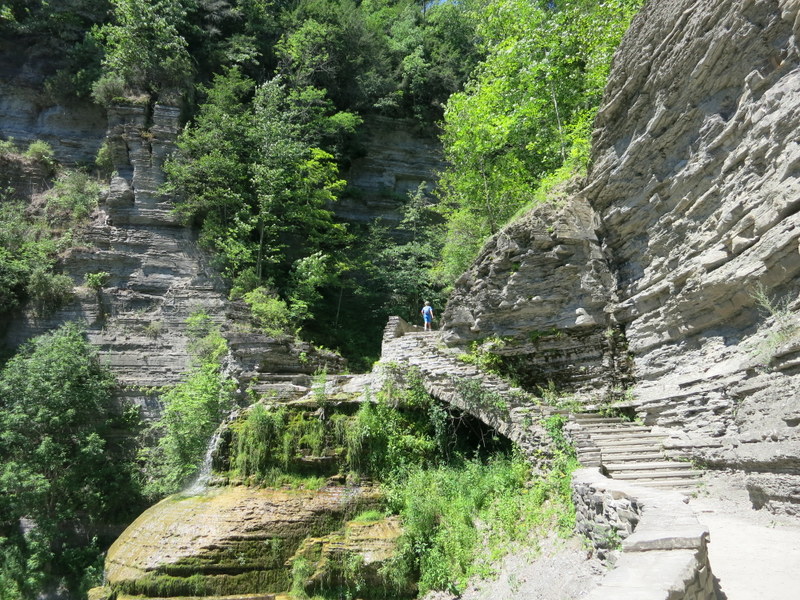 Coming soon to GardenRant: what I learned at the Youth and Children’s Garden Symposium, which I promise I really attended.