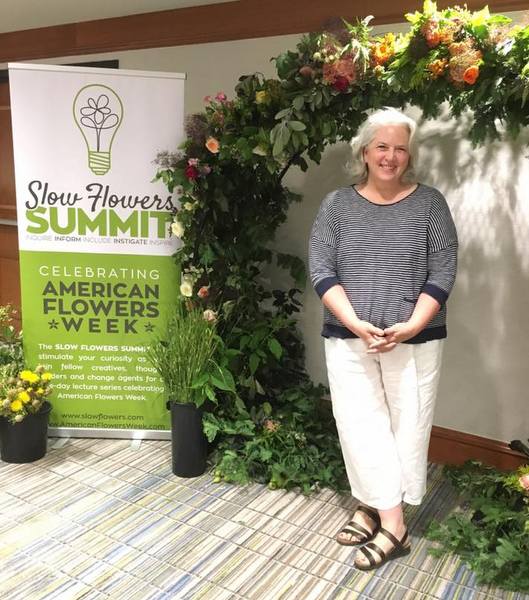 I’m a big fan of Debra Prinzing and her amazing Slow Flowers movement, which I generally describe as “local and seasonal flowers” but Debra explains a lot better in this guest post.

One of the many cool things that Debra does is put on wildly successful Slow Flowers Summits, and I was able to attend the second of them, here in D.C. It brought about 100 “doers and thinkers” together from across the U.S.

Right out of the gate, the keynote speaker Christina Stembel, CEO of Farmgirl Flowers, blew me away. 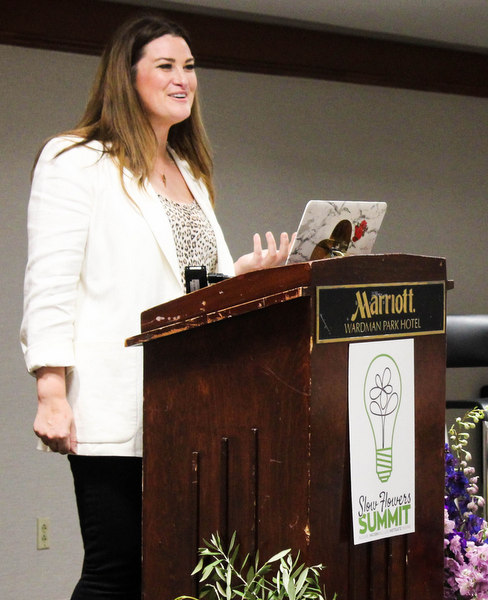 The business world seems wowed by her, too. Forbes is following her closely:

“Farmgirl Flowers in San Francisco will clock $15 million in revenue this year. ..Stembel’s strategy: source flowers locally and slash waste by selling a very limited number of arrangements direct to consumers from her website. She wraps her bouquets in distinctive burlap donated by nearby coffee roasters.”

Unlike any speaker I’d ever heard at a gardening event, Stembel talked really fast and used business school/Silicon Valley terms like “What’s your value prop? and “We only have 12 SKUs.” And her chutzpah was obvious, telling us she’s determined to grab $1 billion of the $3 billion e-flowers business.

The Silicon Valley language is no surprise, given her location in the Bay Area, her previous job doing events for the Stanford Law School, and her husband’s career at Facebook. Her lack of a college degree obviously isn’t holding her back. 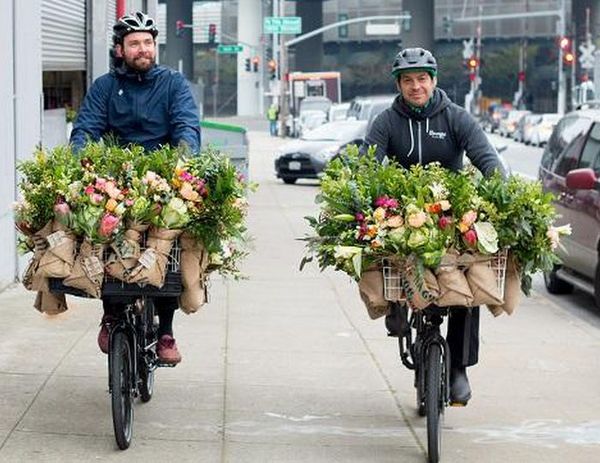 Cyclists do all the Bay-area deliveries of Farmgirl bouquets. Great advertising!

More on how Farmgirl Succeeds

Addendum: The Problem with Pot

Through some post-summit googling I learned that Farmgirl’s goal of sourcing all flowers locally has been stymied by the legalization of cannabis in California, which has created a gold rush of farmers switching from flower production to the more profitable pot. So now Farmgirl is sourcing some of its flowers from Ecuador, targeting growers who treat their employees well, according to their announcement about the change. (Corrected thanks to a commenter.) 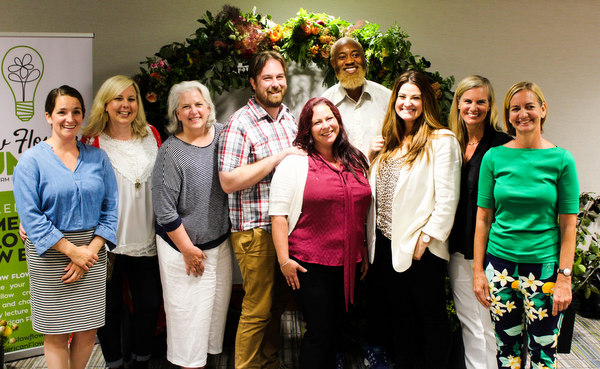 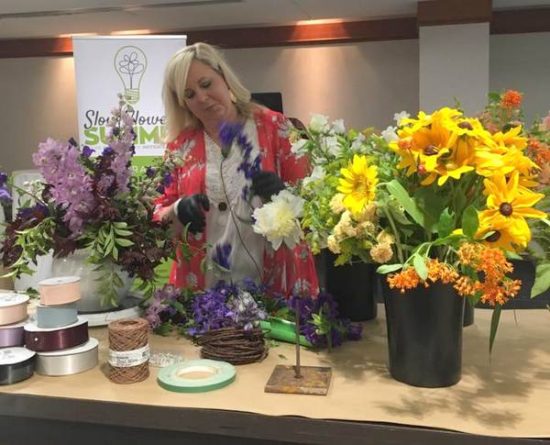 Kelly Shore of Petals by the Shore in Maryland.

Mud Baron was on hand to create wearable floral art for participants, like Kathy Jentz (R), editor of Washington Gardener Magazine. (Mud directs an urban community farm in Pasadena and his #flowersonyourhead photos are a thing.) 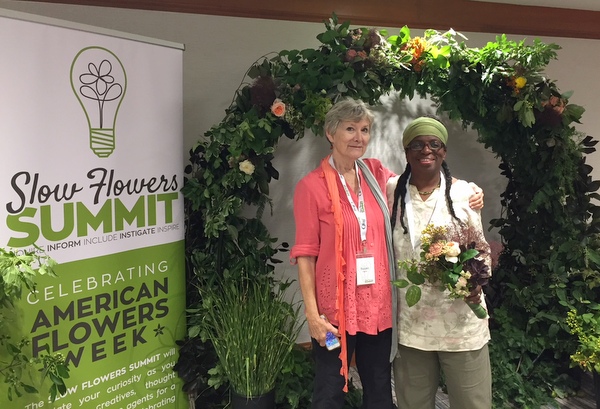 Thanks to the Summit, I got to hang out with some of my favorite locals – like Kaifa Anderson-Hall, recent winner of the AHS Horticultural Therapy Award.