Mowing down the myth of high-maintenance lawns 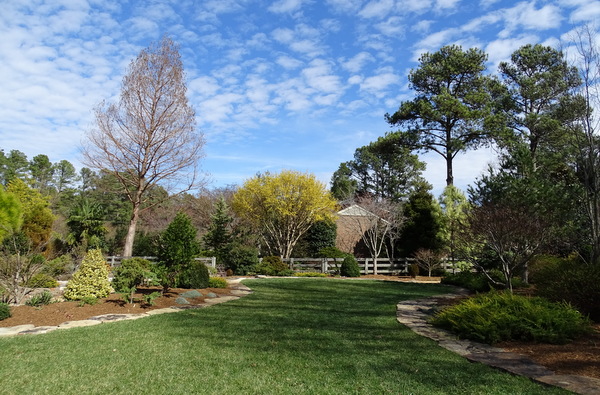 Apparently I am not supposed to trust my own experiences. I’ve had lawns at every house I’ve  inhabited, which has been several over my more than half century above the earth. I’m baffled when I read that lawns are high maintenance, bad for the environment, and provide nothing for wildlife.

I’m watching a robin as I type this and nobody told him to stay off the lawn, and it sure looks like he’s finding worms and grubs. Last week I saw a flicker probing for ants. The pair of thrashers that nest in the shrub mass in front of my office window seem ignorant of the drawbacks of turfgrass. Every spring, I watch them picking up insects on the lawn between me and those shrubs, distracting me from my work as they teach their young to hunt for themselves.

Should the phoebes, bluebirds, wrens and wood peewees be scolded for picking up the many insects on the lawn? I so enjoy watching them leaving their elevated observations posts to snatch a juicy morsel from the evil turfgrass.

One spring my sister called from north Mississippi to report she’d seen on her lawn a vivid painted bunting in with a number of indigo buntings and goldfinches as they were feeding on dandelion seeds.  What a brilliant sight that must have been!

I could recite a longer list of birds that not only will use lawns, but prefer them as hunting grounds, but instead will move on to the bees, butterflies and the less celebrated pollinators that I see visiting the dandelions, spring beauties, daisy fleabane and henbit that spangle my lawn each spring.

Of course I am not keeping my lawn up to golf course standards, and why would I? My imperfect lawn fulfills several functions as is. It is the floor, and the causeway to get around in my landscape. It stops erosion and slows rainwater, allowing infiltration, cleaning and restoring water to deeper soils and eventually to aquifers.

As I watch the dogs run over it, or wrestle in it, or nap on it, I smile. They are the reason for my current lawn, perhaps the lowest maintenance I’ve owned, though zoysiagrass is considered by many to be the Cadillac of southern turfgrass species.

I finished my house in 2012 and moved in just before a tropical depression spun up from the Gulf with heavy rains. The disturbed red soil was soon a mire that moved indoors on my feet,  on the many furry feet of my rescued mutts through the two built-in dog doors. The hard rains moved rivulets of what little friable soil I had down the hill toward the creek.

The small amount of building funds I had remaining was supposed to go toward furniture, but I decided what I needed more was sod. I further decided that if I was going to buy sod, by golly, it would be zoysiagrass. The few times I’d actually suffered a stab of lawn envy was when standing on zoysiagrass. It’s dense and springy underfoot, with crunchy grass blades full of silica. You can hear zoysia underfoot.

So I plunked my money down though it was nearly twice as high as bermudagrass, which I despise for its rampant growth. I call it “Bermuda the Hun”.

Sure, I watered it during its first year, and even sprinkled fertilizer on it twice, but not since, and I’ve never used herbicides or insecticides on it at all. I could care less if it isn’t a lush brilliant green all summer long. It’s green enough, and rain restores its color.

During ideal times of plentiful rain and warm sun, it could use a mowing every couple of weeks, but as summer grows hot and dry, I might do it every three to four weeks. For the first several years, I mowed it all with a walk-behind self-propelled push mower and could knock it out in less than two hours, which is much less time than I spent every two weeks in my mixed borders planting, mulching, weeding, watering and saving meek plants from bolder neighbors. 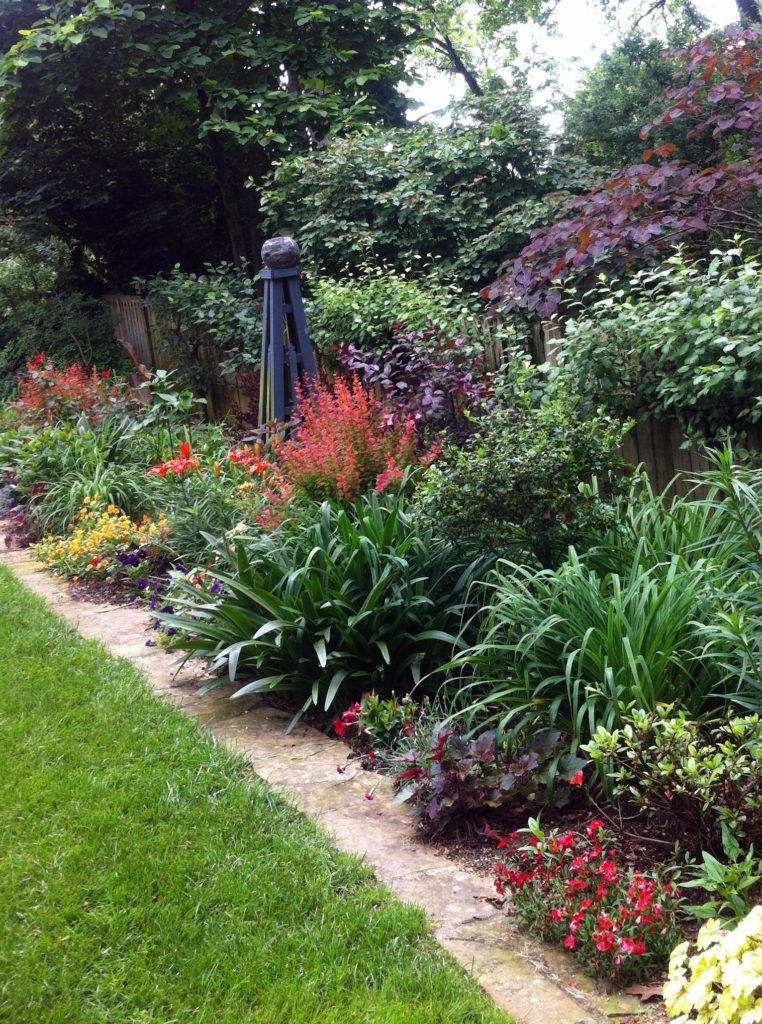 As my mixed borders grew and became more demanding, I caved, and bought a riding mower a couple of years ago. Truly, the half hour or so spent sitting on a mower with the breeze in my face feels like I am taking a break from the truly hard work of gardening.

No doubt the emissions from the gas-powered mowing equipment I’ve used over the years is undesirable, but that is the only negative I see concerning my choice to have a lawn. In the larger picture, I like to think that negative impact is balanced out by the many ways I manage my landscape for the benefit of the wild things.

If you want lawn in your landscape, don’t let them make you feel guilty. I don’t know who they are, or why their claims run rampant, but I do wonder if they ever actually garden, or even look out the window. 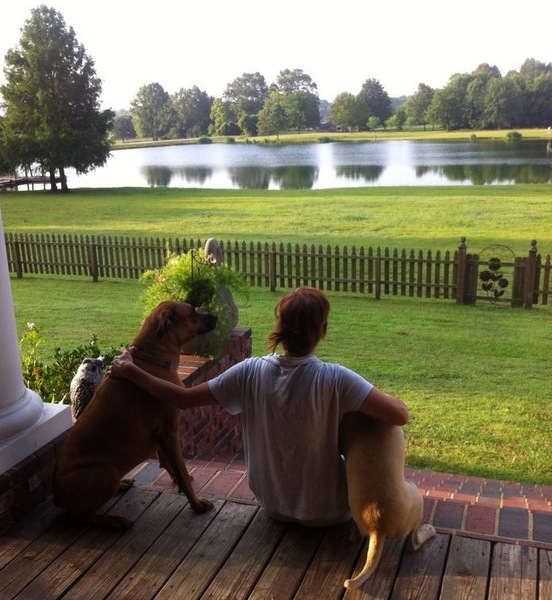 Out my window, I see dogs wiggling, bellies up, probably scratching their backs on the stiff grass blades. I’m going out to join them and throw the ball on the lawn that serves our lifestyle so well with so little input.