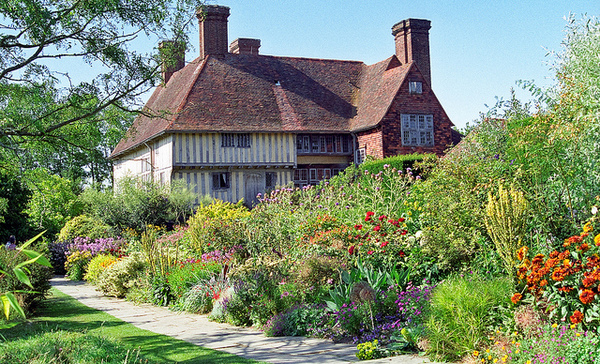 I jumped at the chance to hear Fergus Garrett, head gardener at Great Dixter – undoubtedly England’s most famous garden – when the Horticultural Society of Maryland brought him to Baltimore to speak. Rush-hour traffic to get there be damned! 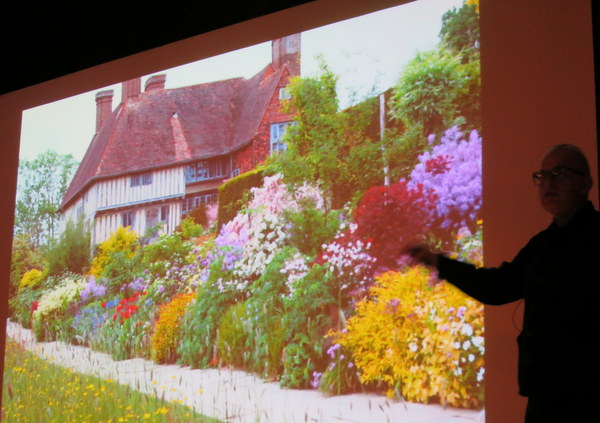 Here’s Fergus pointing to the same view of Great Dixter’s famous 200 x 15-foot border. It’s the ultimate in romantic cottage gardening; just don’t ask how much work it takes to make it all happen. 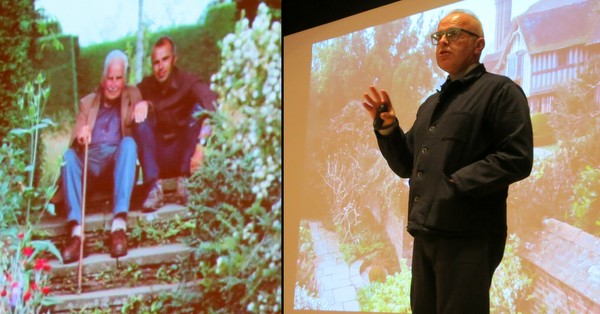 Here’s Fergus on stage and also posing with Christopher Lloyd, the gardening icon who lived his entire life in this house (built in 1460). Lloyd wrote about the garden he created there for 50 years until his death in 2006. 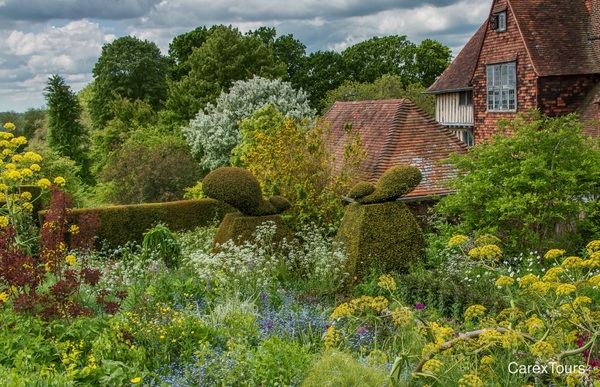 Now for my notes of the talk – lots of design and growing tips from Lloyd himself, with a touch of Garrett. It all resonated with me big-time. 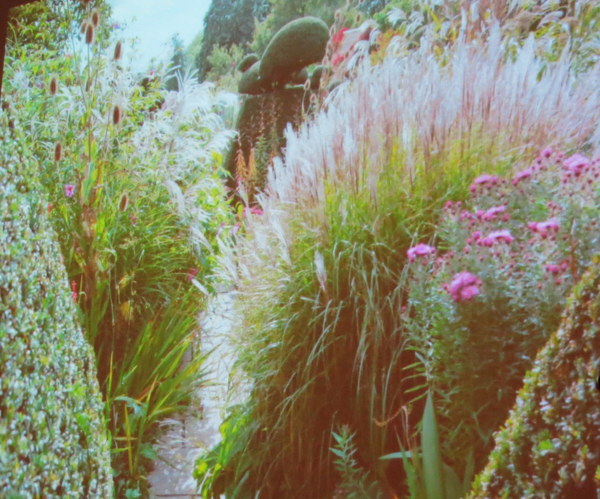 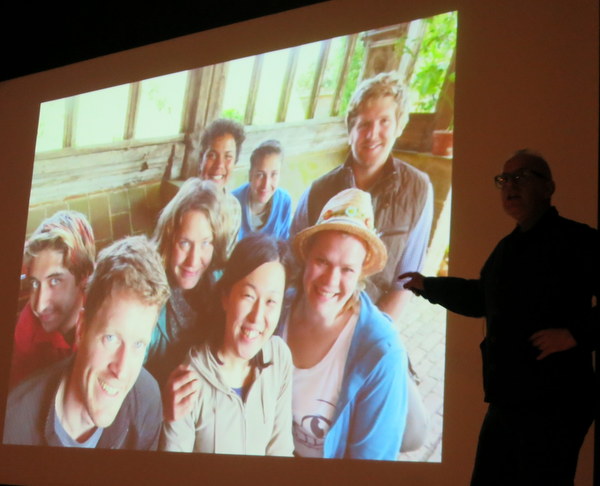 About 50,000 people visit Great Dixter every year. Click to find out more about visiting Great Dixter.

I’ve never seen the garden myself but if I ever do it’ll be with Carex Tours, whose leader Carolyn Mullet let me use some of her photos for this post. Carolyn has taken several groups to Great Dixter and since meeting Fergus this week in Baltimore, her next group can look forward to meeting with him in the garden. 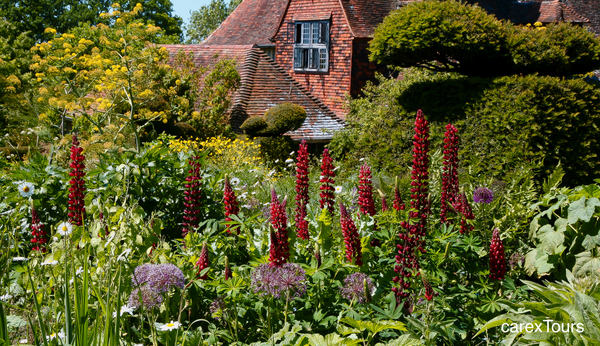 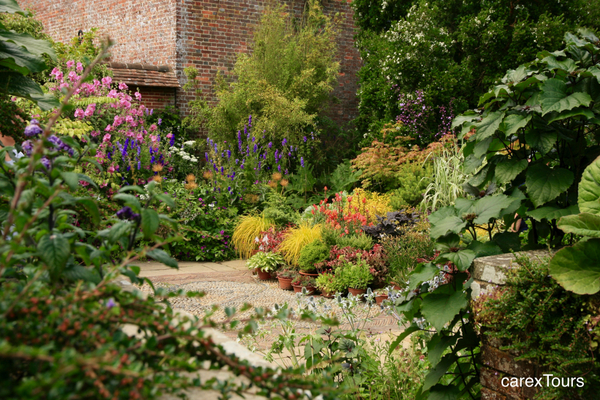