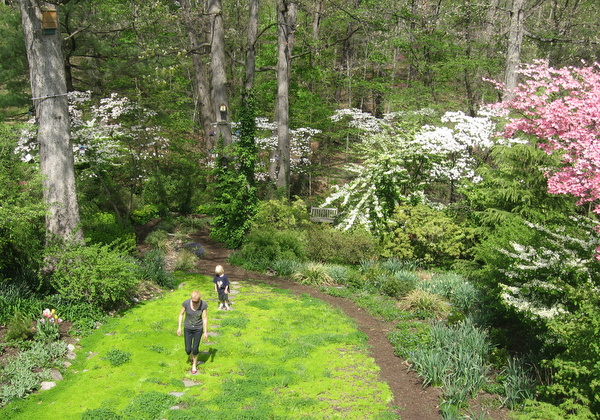 For decades I gardened on the edge of a wooded valley, which I could see best – for views like this one in the spring – standing at the edge of my deck. 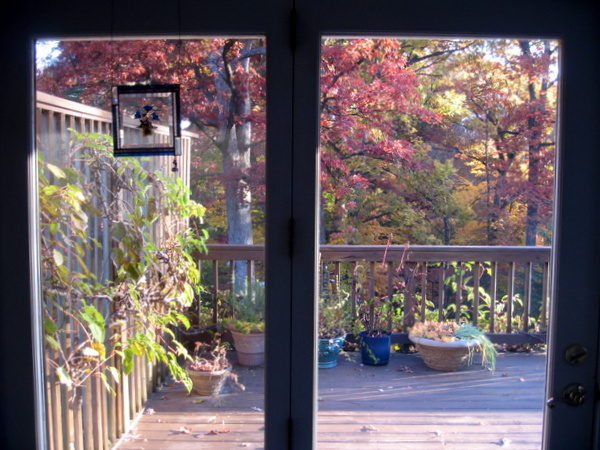 From inside the house the best view was from my kitchen looking out the door to the deck, seen here in October. 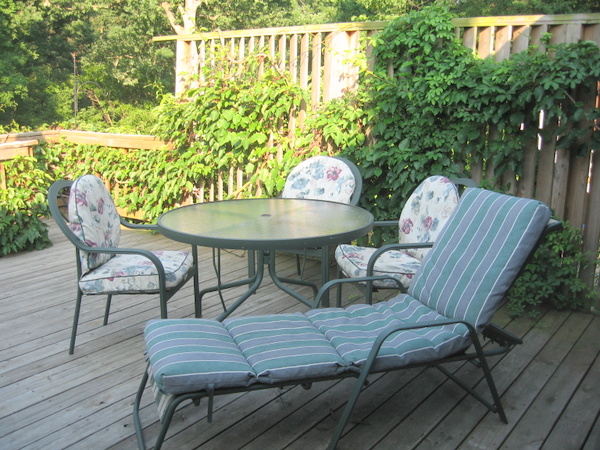 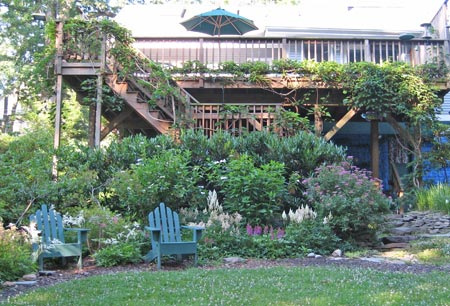 The deck was my favorite part of the house – large enough to hold parties, actually large enough for the neighbors to call it an aircraft carrier.

Also large enough to be a huge job to clean and preserve  every couple of years.

When I left that garden six years ago I thought I’d miss the deck and the view into the woods terribly. (Which was predicted by one of my movers, who asked me “How can you leave this?” as he looked out over the woods – and that was in late December.)

Turns out, I don’t miss the deck, thanks to my new screened-in porch, something I’d wanted all my life. 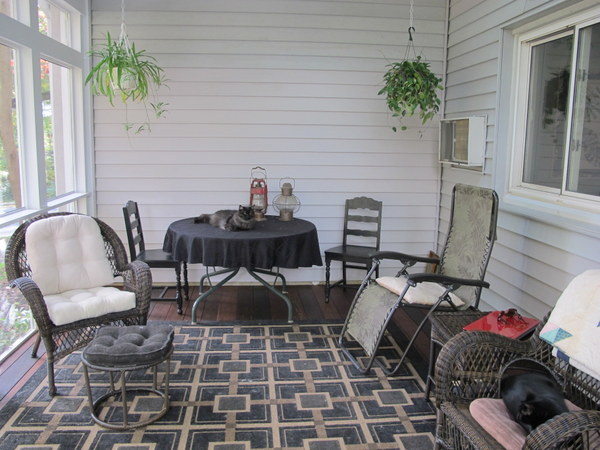 I wanted the porch for its known advantages – a bug-free and dry place to hang out. An outdoor space that accommodates indoor stuff like cushioned seat, rugs, and lamps. Can you spot the cats in this shot? 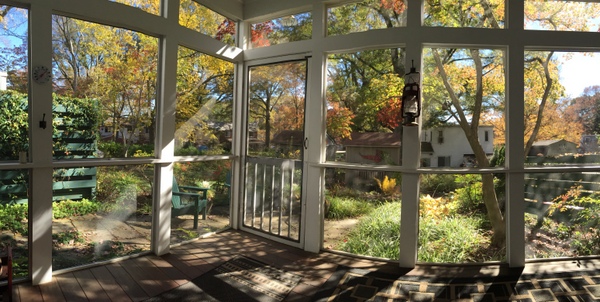 But there’s one more, unexpected benefit to my new porch. Because it was built almost at grade, it feels like it’s in the garden. This panorama shot illustrates the point perfectly (ignore the distortion). 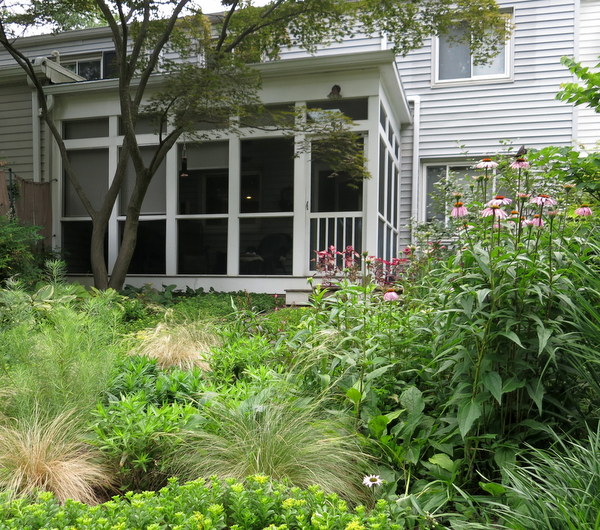 But it’s the view from inside the porch that really sells it. At least that’s what a new neighbor told me when I showed it to him. He said it convinced him to keep the sides completely see-through, rather than half open like the porches above.

He’ll have it constructed on grade, and he won’t be skimping on size, either.