Stranded by Blizzard at the Philly Flower Show, plus Hits, Misses and Fun Facts 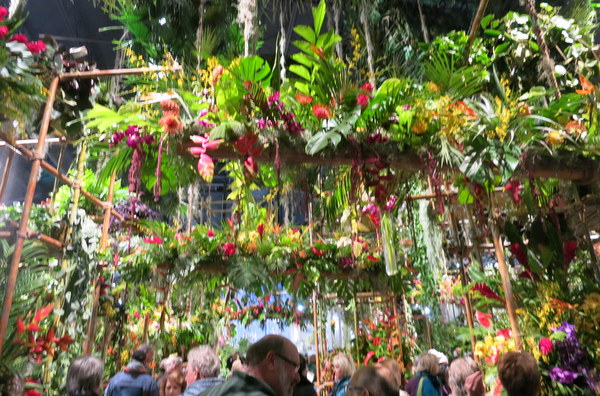 Rain garden at entrance to the Show

What with snow and some winds from hell, it wasn’t a great year for the Philadelphia Flower Show, dependent as it is on decent weather to bring in the crowds that fund the PHS’s many worthy projects. But let’s get to how the weather affected ME, shall we?

I thought I was so smart this year to book an Amtrak ride from Baltimore to Philadelphia and back – barely over an hour’s trip – rather than driving. Plus, I was attending on the preview day (for members and media) when it’s free and more importantly, the crowds are light enough to SEE stuff.

Long story short, the snow and wind forced Amtrak to cancel all trains in the entire Northeast Corridor, leaving me stranded for the night in a strange-to-me city with an unfathomable public transit system.

But somewhere in the chaos I introduced myself to a fellow traveler who, in addition to her other charms, had the good sense to book a (very nice) hotel room right away, which she was willing to share with me. She also happened to know her way around the city and its various train systems. I simply attached myself to her, and made a new gardening friend in the bargain.

So meet my rescuer – Nancy Blois, an avid gardener active in the Maryland Horticulture Society. She’s shown with our other roommate for the night, her niece Blair. 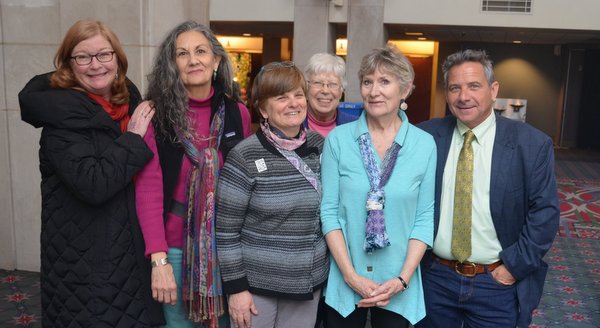 Another highlight was similarly of the human variety – meeting up with a few other intrepid garden communicators. From left in this photo by Kirk Brown, they’re Peggy Anne  Montgomery, Marcia Tate, Louise Clarke, Ruth Clausen, yours truly and Dan Benarcik. Little did we know then what a trial it would be getting home. 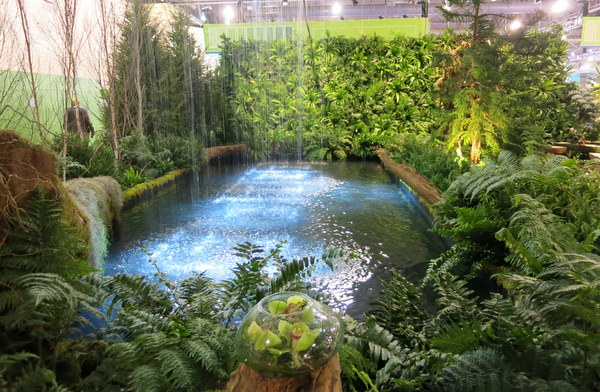 But about the show, with the “Wonders of Water” theme this year. I wasn’t too stressed to enjoy the show gardens, above and below. 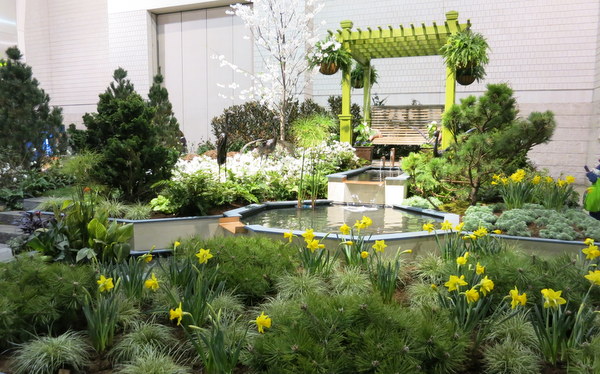 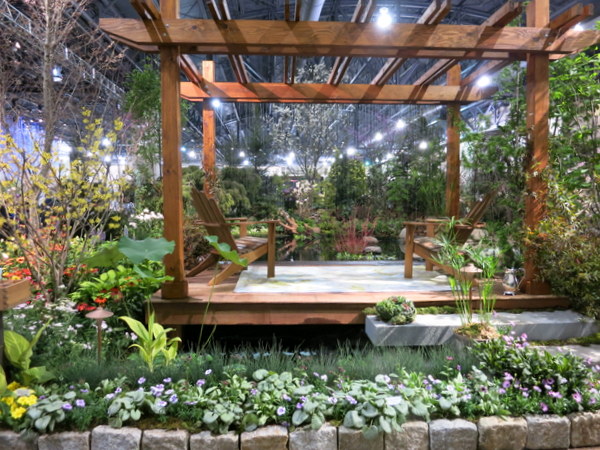 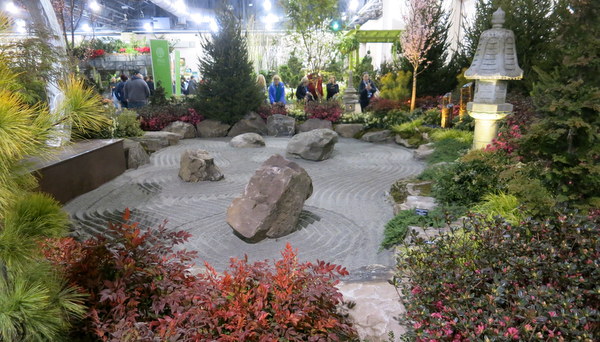 The theme of water includes dry gardens, too. 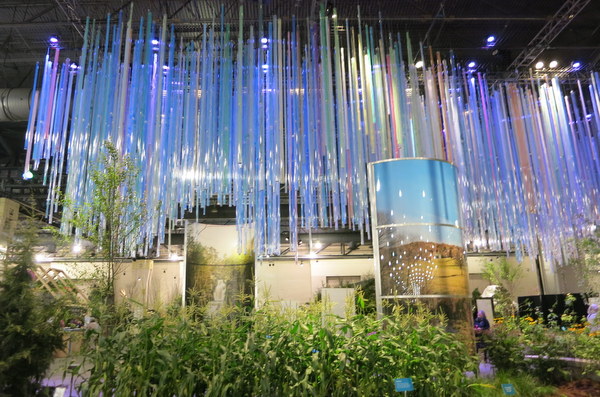 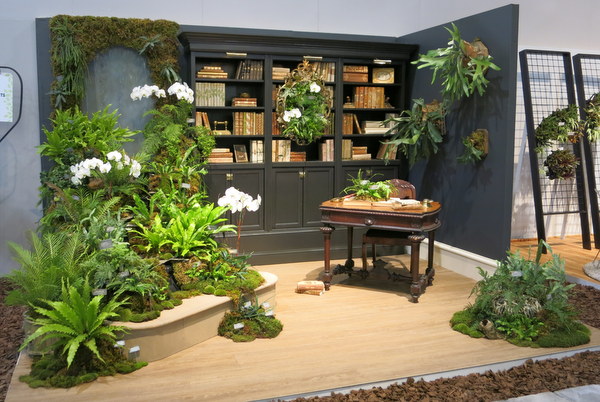 My favorites are usually the smaller displays, like these rooms with plants and water features. (Above, there’s a water wall left of the bookcase, according to my source – Kirk Brown again.) 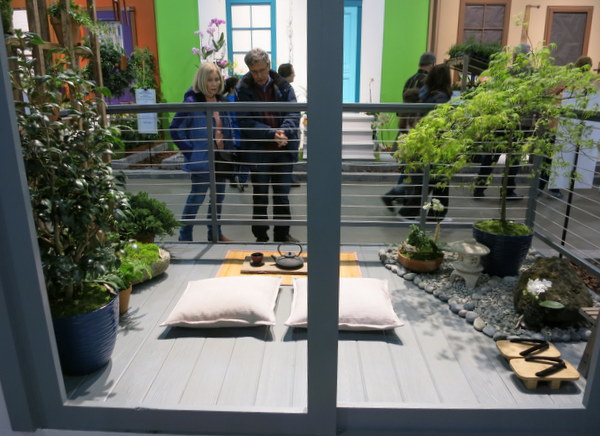 There must be a water feature somewhere on this “Zen Balcony,” though I can’t find it in this shot.

And smaller still, I always enjoy the “Pressed Plant” competition.

And would you believe plant-and-water-themed hats, jewelry and handbags? What a hoot. 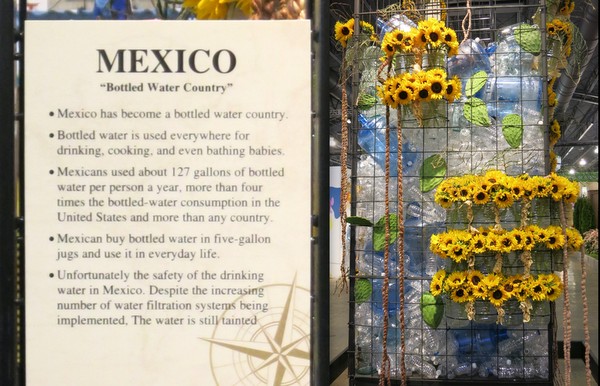 I was intrigued by the exhibits about water in other countries, like India and Mexico. “Mexico has become a bottled water country.” Who knew? 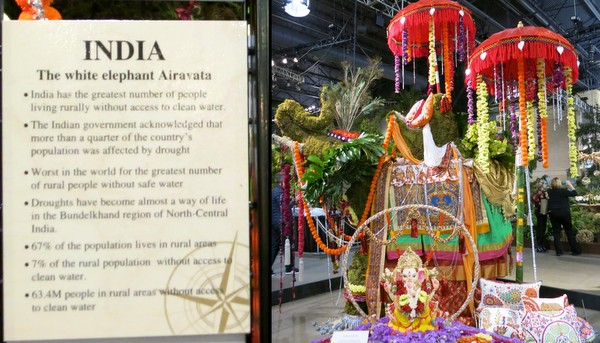 At the risk of pissing off people I know and like, and with the qualification that it’s just one opinion, here goes. 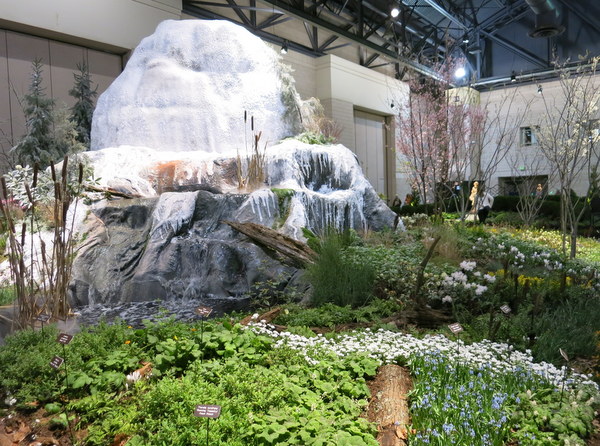 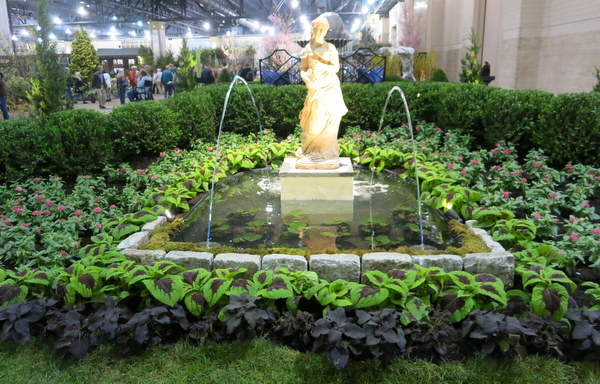 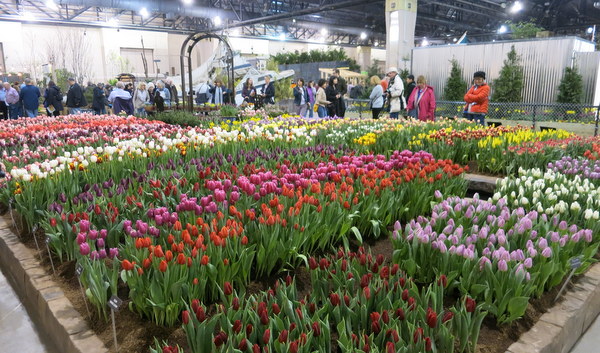 Gratuitous color with no connection to the theme?  Another meh.

Beached old boats with a few plants stuck here and there.

And my least favorite exhibit – turfgrass with a croquet set and signage that reads, “Sometimes prevention is not enough and repellent becomes essential…DEET and Picaridin (in Avon Skin So Soft) are both effective and safe if used correctly…” and so on. Wtf?

Worst overall? The stuff sold in the large retail area, almost none of which was garden-related. Also, it was surprisingly low-end.

From the press hand-out I learned that: