Our first “Daffodil Doodah” Party Got Snowed On

Scott Pruitt was scolded recently for flying first class at taxpayers’ expense. The Administrator of the EPA was sent back to coach class for punishment. Do me a favor if you’re squeezed in next to Mr. Pruitt, waiting for your tiny bag of pretzels. Ask him if he has a garden.

I feel sorry for lost souls who are disconnected from nature and gardening. An abundantly loved square yard or two is all it takes to get past the velvet rope of Hortus. It’s not hard to grow a few daffodils. And you don’t have to dress up.

Pruitt strikes me as a guy who might keep the shades drawn all day. I find it hard to imagine that he spends much time outdoors. I may be wrong.

I would be happy to learn that he has planted a few daffodils. And I might feel better about the native Kentuckian and climate change skeptic if he were hosting a Daffodil Doodah. It would prove, at least, that he might be fun-loving and has found some goodness on earth besides fossil fuels.

The last few weeks of February in Kentucky were wet and unusually warm. Salvisa hit a record-breaking 80 F (20 C). We weren’t alone. The Arctic had a heat wave, too. The planet’s northern-most region recorded an astounding 61 hours above freezing. Meanwhile it was snowy and cold over large parts of Europe. 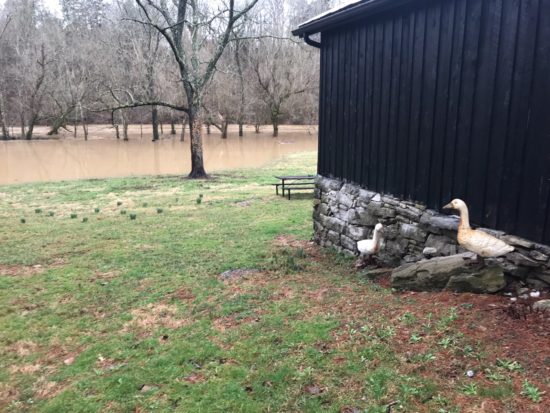 Then came the floods. The modest Salt River got out of its banks over five straight days of rain. A favorite Doc Watson song kept rattling around my head. No one sings and plays Deep River Blues better than Doc.

As the water rose, our daffodils were just beginning to poke out of the ground. The flowers took a deep breath. Small mouth bass and rotten logs swept by, surging 100 miles downstream to West Point, KY, where the Salt River empties into the Ohio River.

This reminded me of an extraordinary tale of flooding and flowering told 40 years ago. I was working for Will Ingwersen, the alpine plants expert and author, at his nursery near the Gravetye Estate, a few miles from East Grinstead, England. 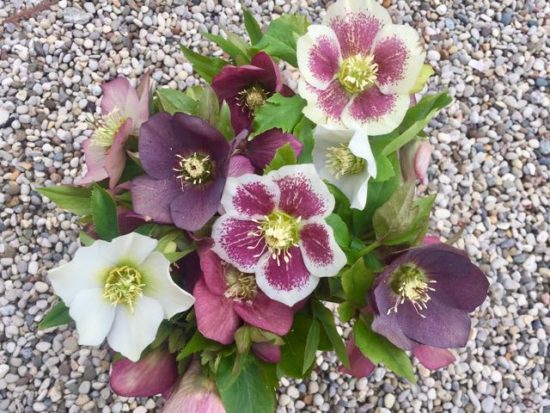 He and Alan Bloom, author and nurseryman (who lived to be 98), both enjoyed ice-skating. Mr. Ingwersen, puffing on a pipe, told me he once visited a flooded field of flowering Lenten roses, Helleborus x hybridus, on a cold, late winter’s day at Mr. Bloom’s Breesingham Nursery in Norfolk.

The field was frozen over.

Will Ingwersen and Alan Bloom spent a surreal afternoon, ice-skating over and staring down at the blooming, saucer-shaped Lenten roses beneath their skates. 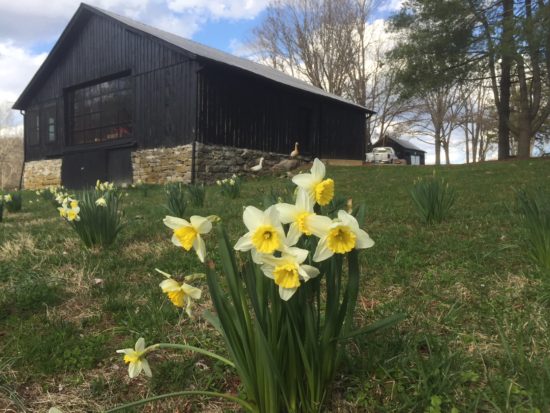 Our Salt River returned to it banks. Thousands of daffodils were beginning to bloom last week. Winter was shaken from its perch, though there was no guarantee it wouldn’t reappear.

Talented professional gardener Bruce Eveslage hatched the first Daffodil Doodah over 17 years ago, from Swampview, his home and garden in Floyds Knobs, Indiana, across the river from Louisville. A dozen friends came over for the first—ever (anywhere!)— Daffodil Doodah. 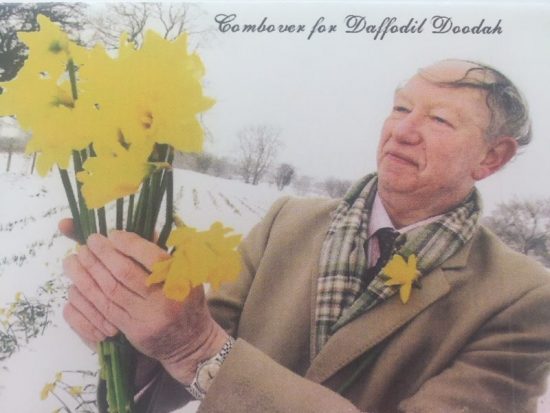 Rose and I invited Bruce to come out to Salvisa for lunch on Monday— a timid first attempt at our own Daffodil Doodah—just the three of us.

It snowed 6” the night before. 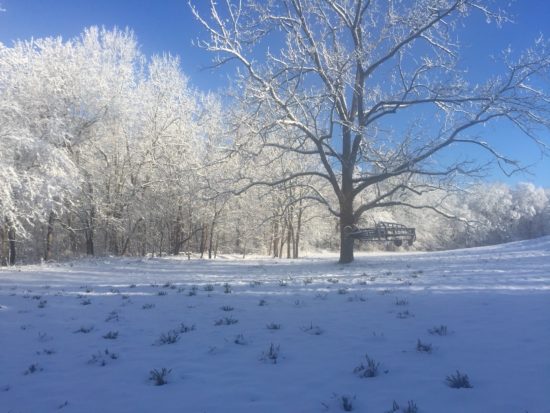 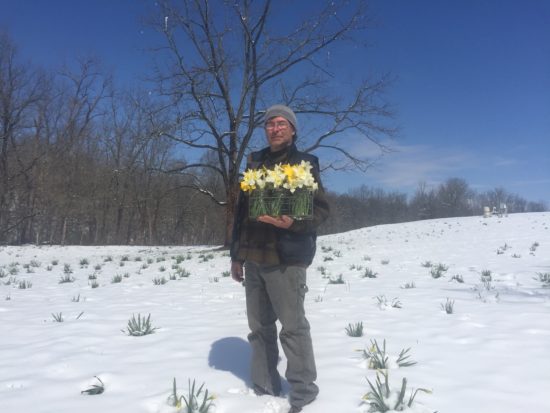 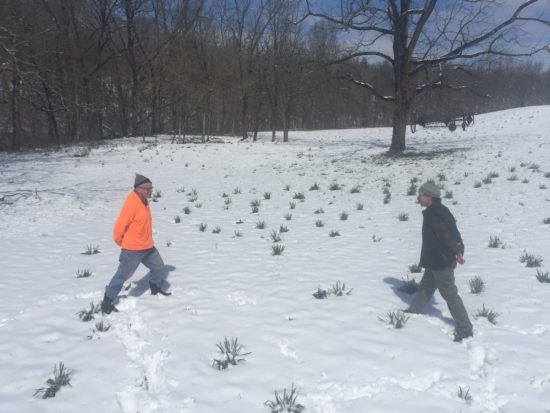 Snow skating in Salvisa…Dream on.

We glided past colorful daffodils covered in snow, dressed in warm clothes and gardening boots, hands held behind our backs, pretending to skate like Will Ingwersen and Alan Bloom.